My girlfriend wanted a sofa table so she would have a place to set little objects used in her knitting projects. So I eagerly agreed with the enthusiasm of an ill prepared beginner hobbyist.. This was all done with hand tools. Not because I wanted to, but because the table saw I purchased Isn't up and running yet.

It's more or less my first "real" project and has many many flaws, but I learned a lot too. Like for example, don't buy badly cupped maple if you don't have the means of flattening it.. 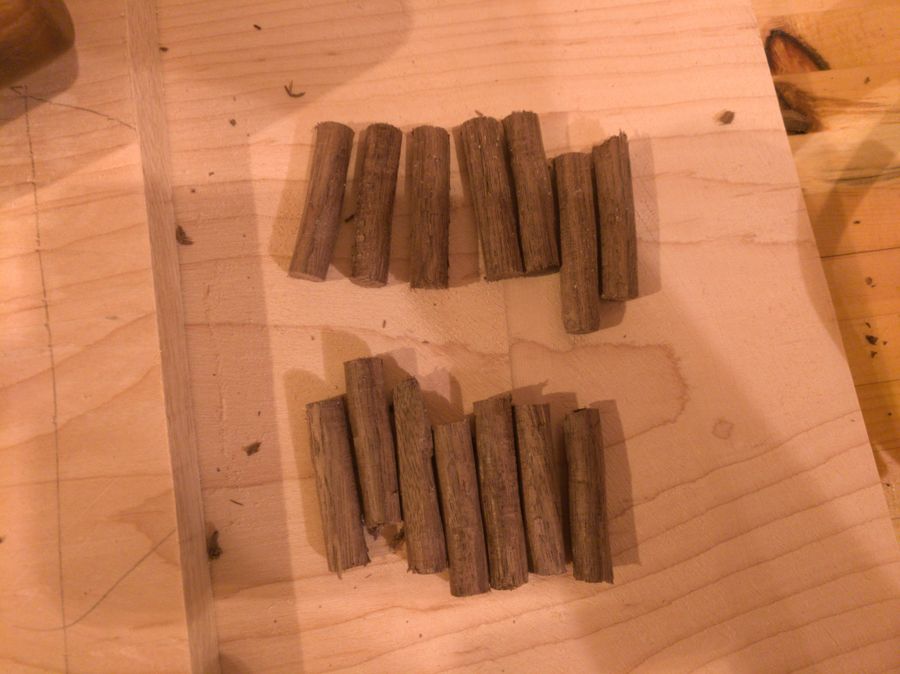 I started by cutting some dowels from walnut to give it some contrast. 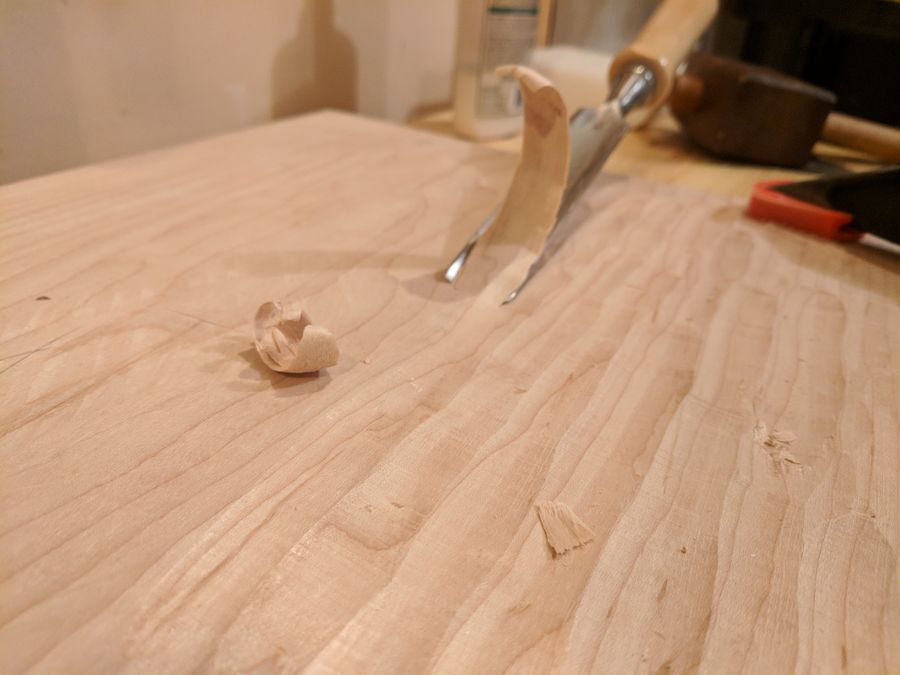 My girlfriend wanted the top to have a slight bowl shape to keep little things like knitting markers from rolling away. I'd have liked it to look cleaner, but a gouge was the only tool at my disposal for this. 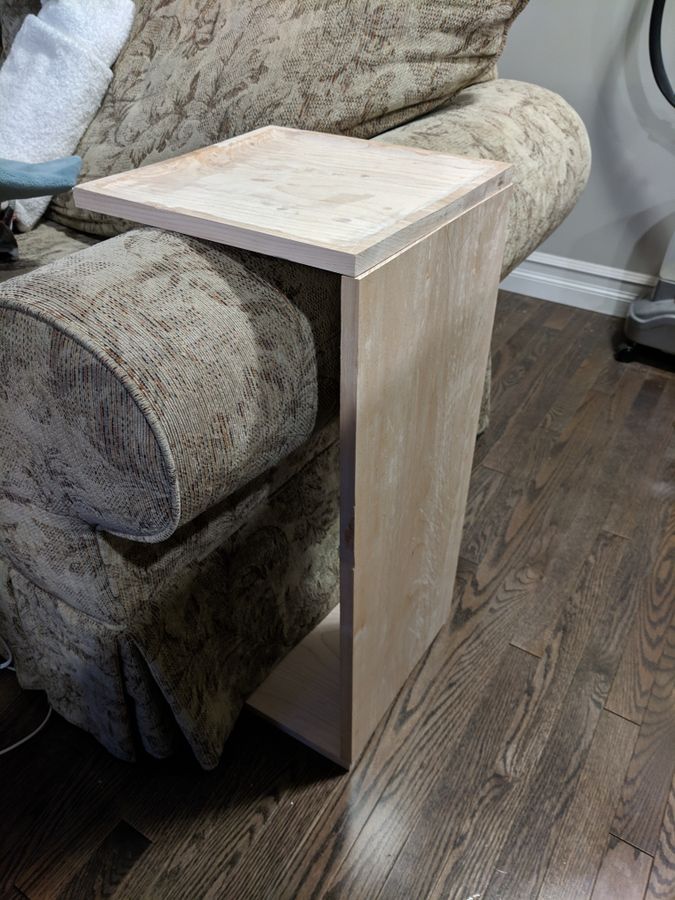 Here I cut the 3 pieces to length. This is when I realized just how much trouble the board's cupping would cause.. My planers weren't sharp enough to flatten maple. 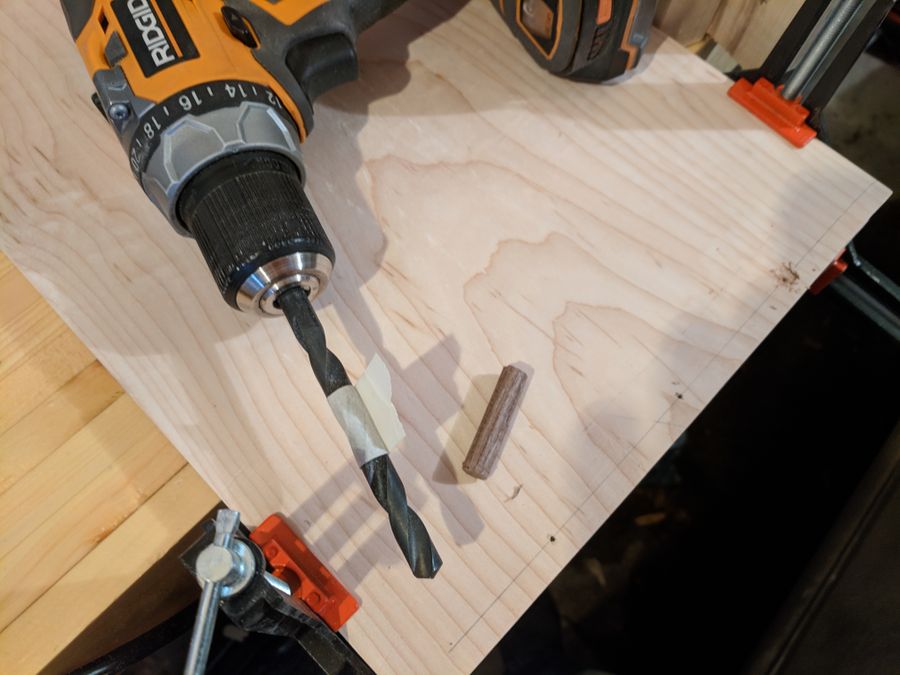 After much frustration, and hours of swearing, i glued up the boards and pinned them with the walnut 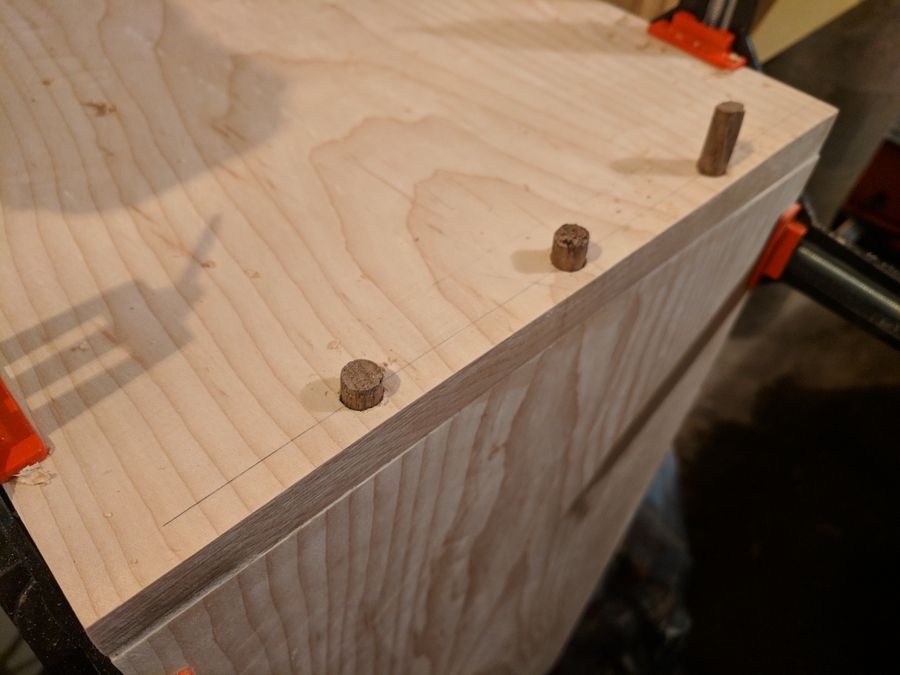 Butt joints really are ugly, but the walnut helped 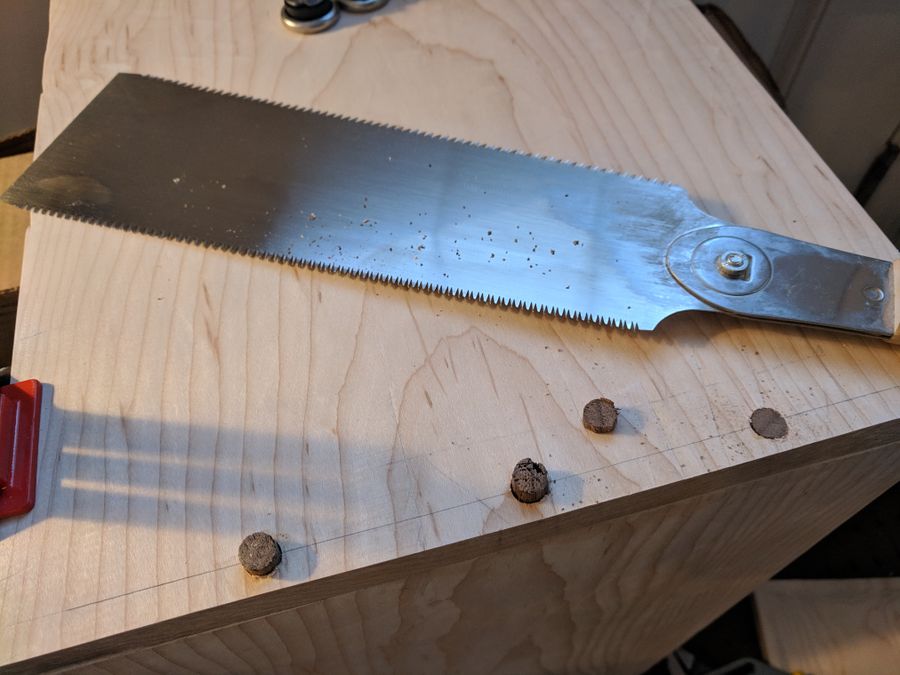 I love the ryoba, it made cutting the dowels flush a trivial task. 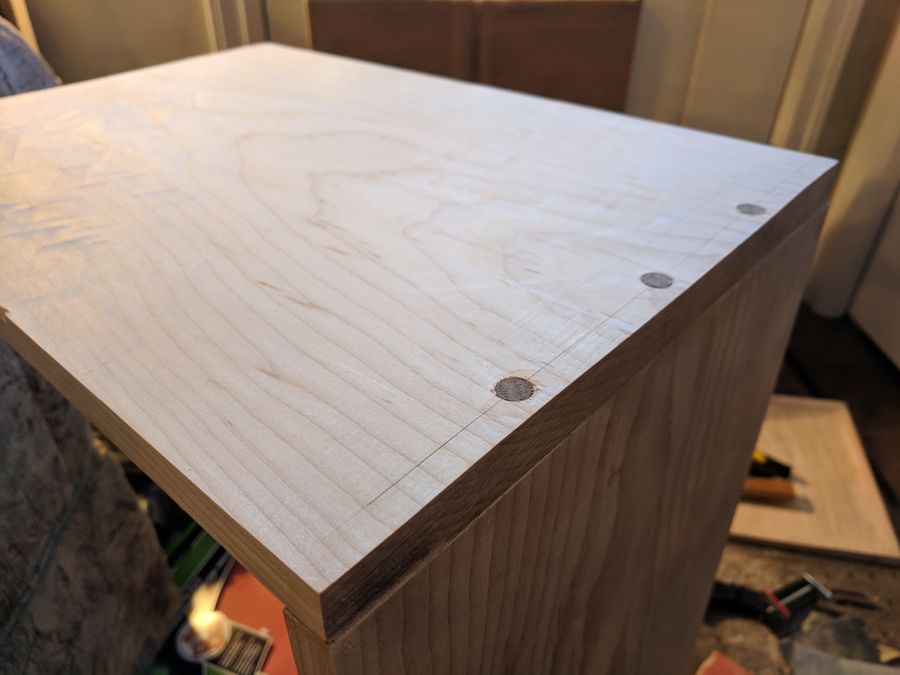 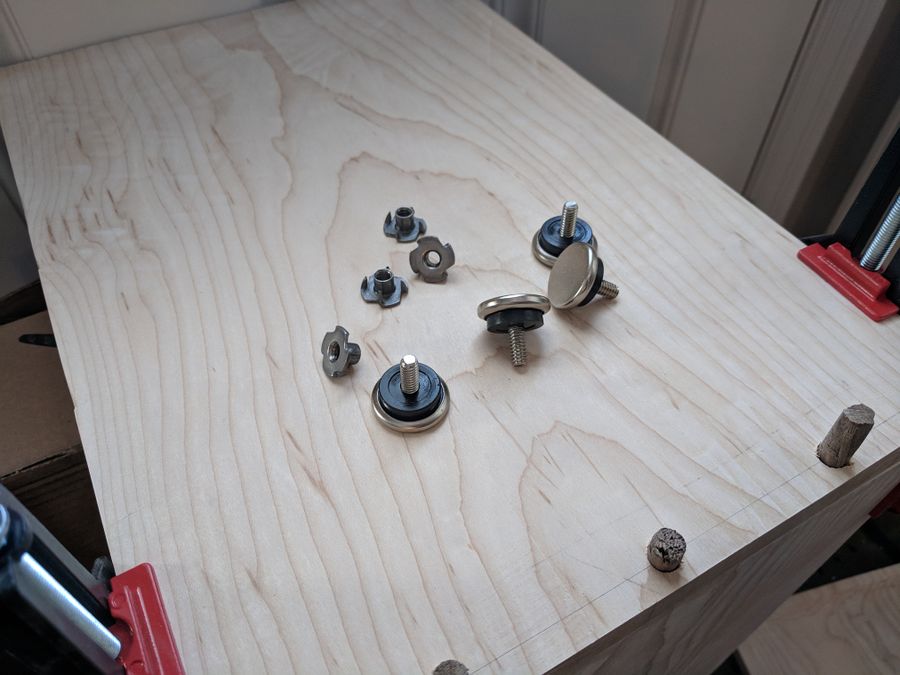 I picked up some adjustable feet to mitigate any wobble, and allow for micro adjustments tot he height 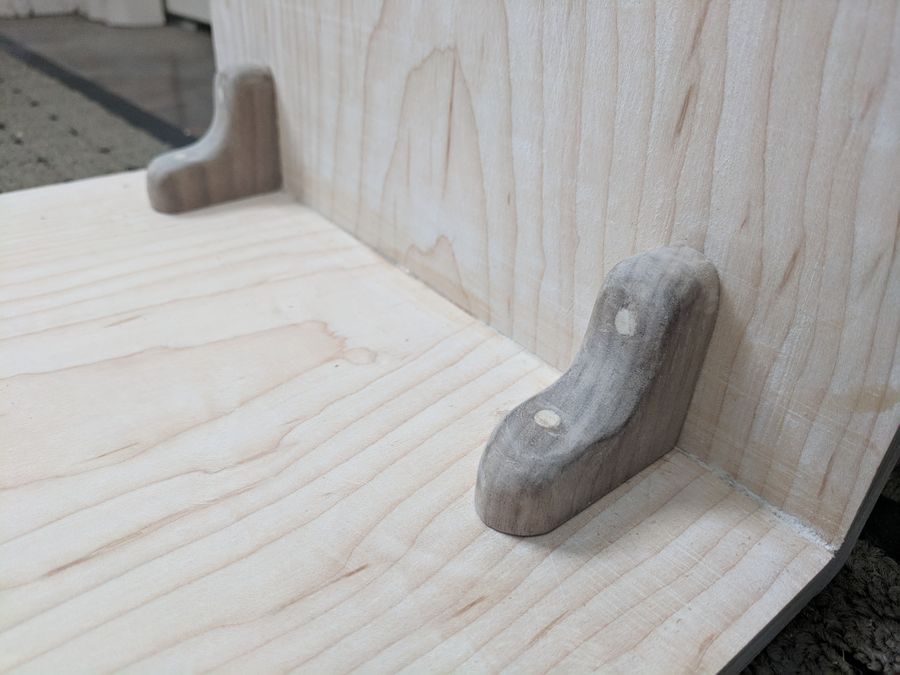 I decided to make corner brackets from walnut to reinforce the joints. 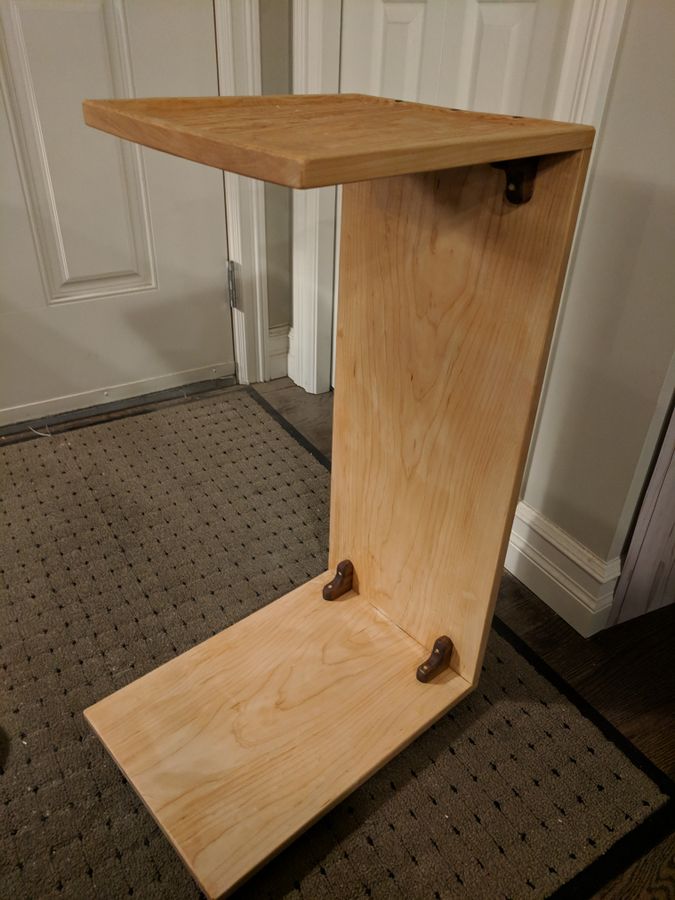 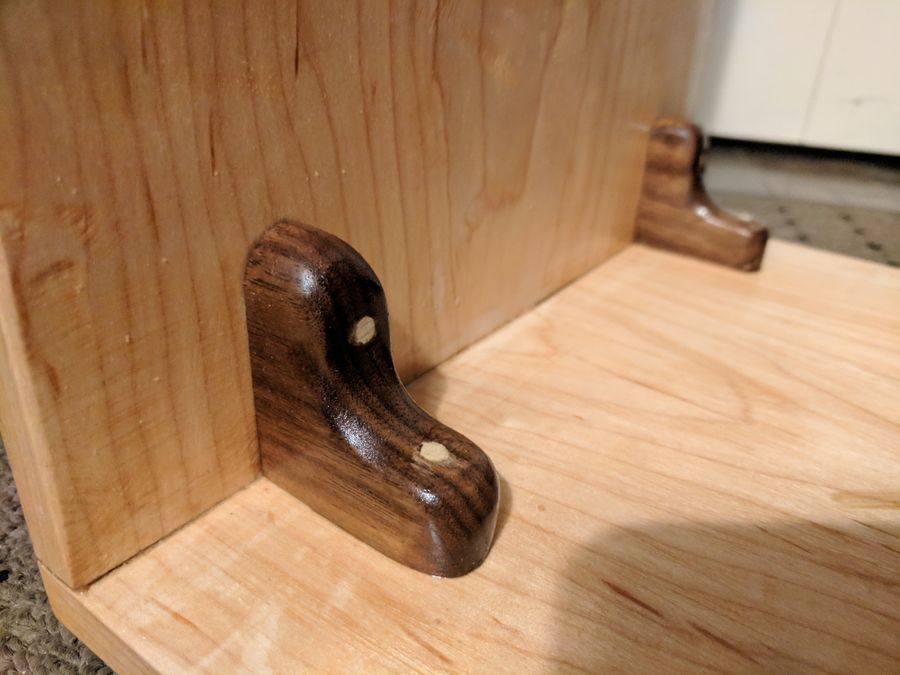 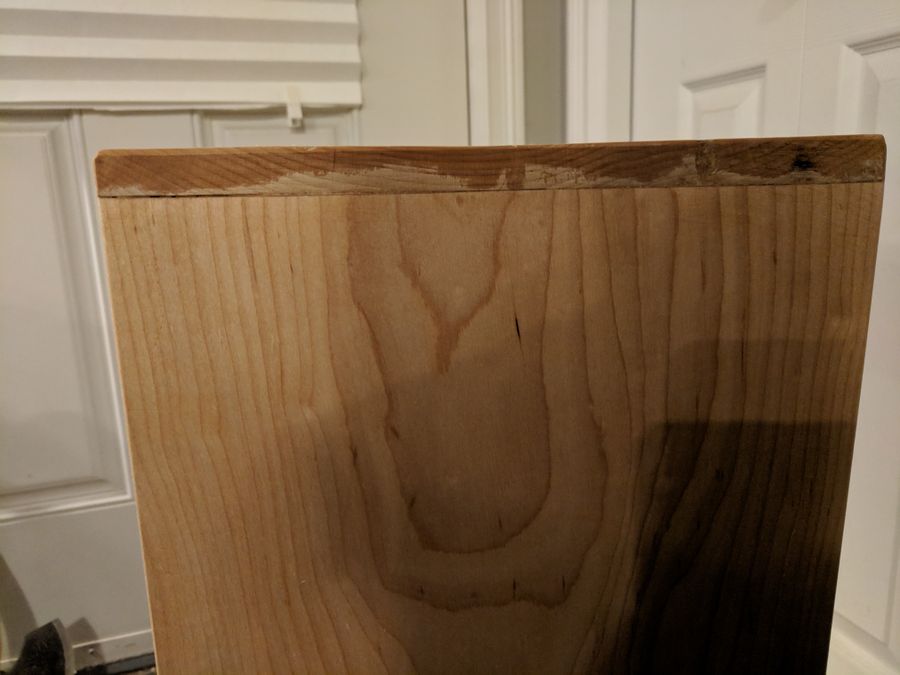 oh, the oil also makes the glue pop too.. Time for more sanding.

I learned many things. I still think its ugly, but it'll do the job until I can make a better one.