My daughter has a propensity to collect rocks wherever she goes, but she never has a place to put them. I always end up collecting them from her and keeping them on top of our china cabinet for later. Always wanting to learn how to cut dovetails I figured this would be the perfect opportunity to learn and give my daughter a rock box. I learned a lot of different techniques and implemented a bunch of things I had never done before. 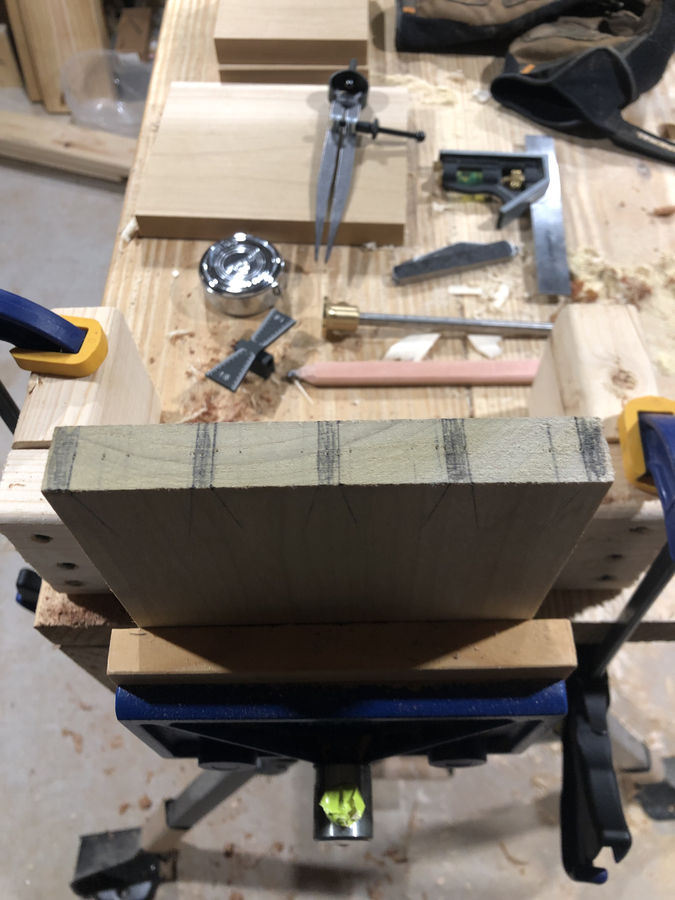 Here was where it all started, laying out my first set of dovetails in some nice poplar. As you can see I had some trouble initially finding the spacing I liked. Once I got this set up, I copied the layout to the other boards to keep a consistent pattern. 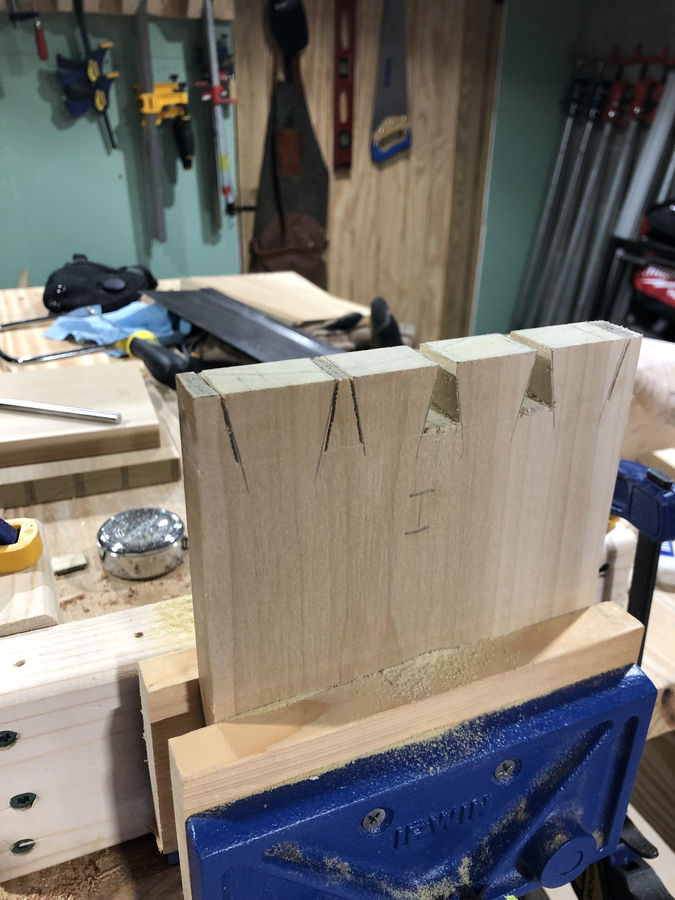 I was honestly pretty happy with how the initially cutting of my tails went. A little out of square, but that’s where paring came into play. 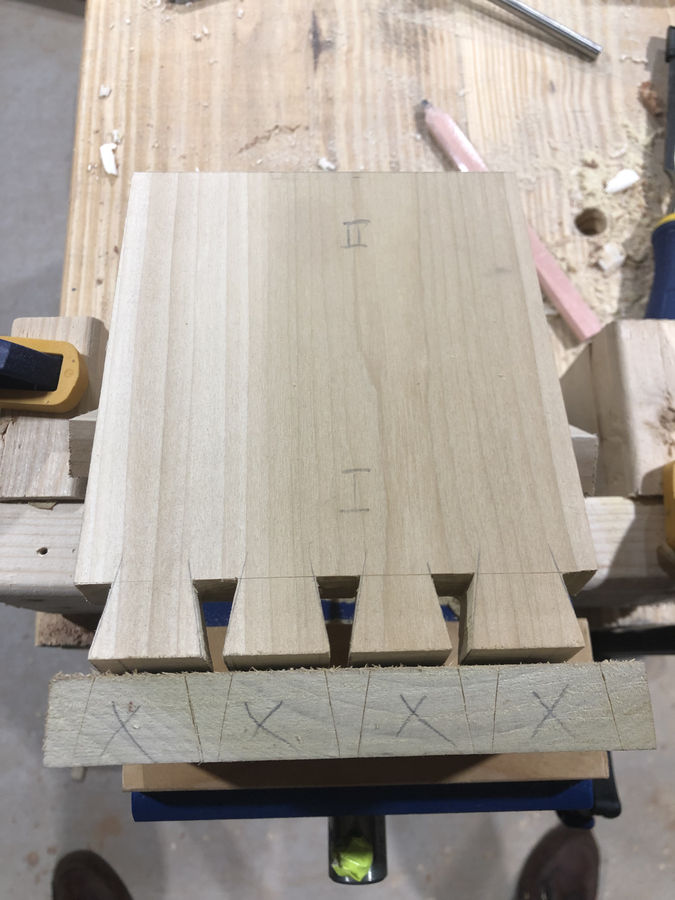 Laying out the pins off of the tails. 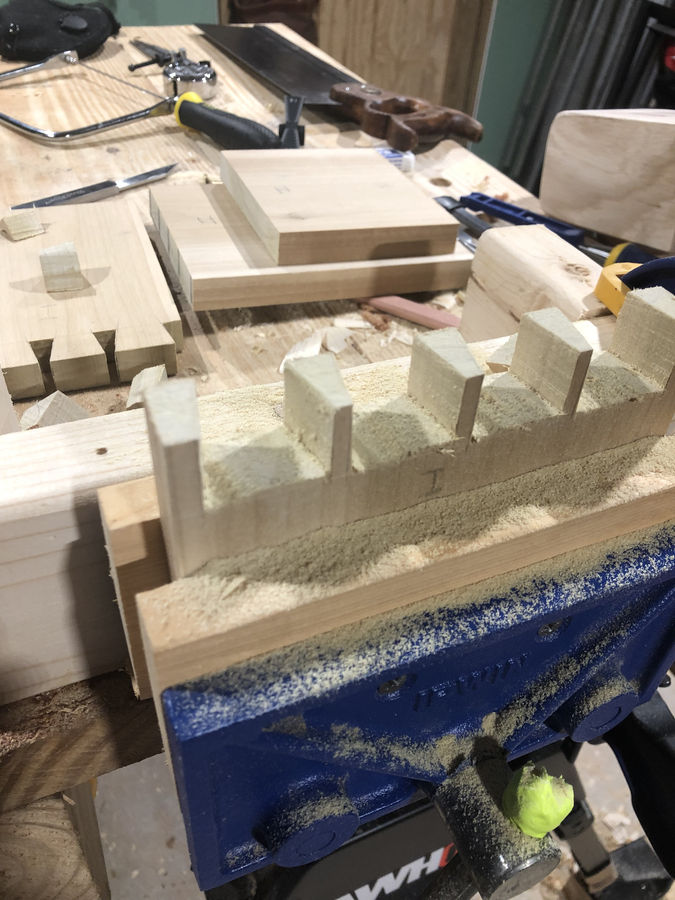 Pins all cut with the majority of the waste removed. 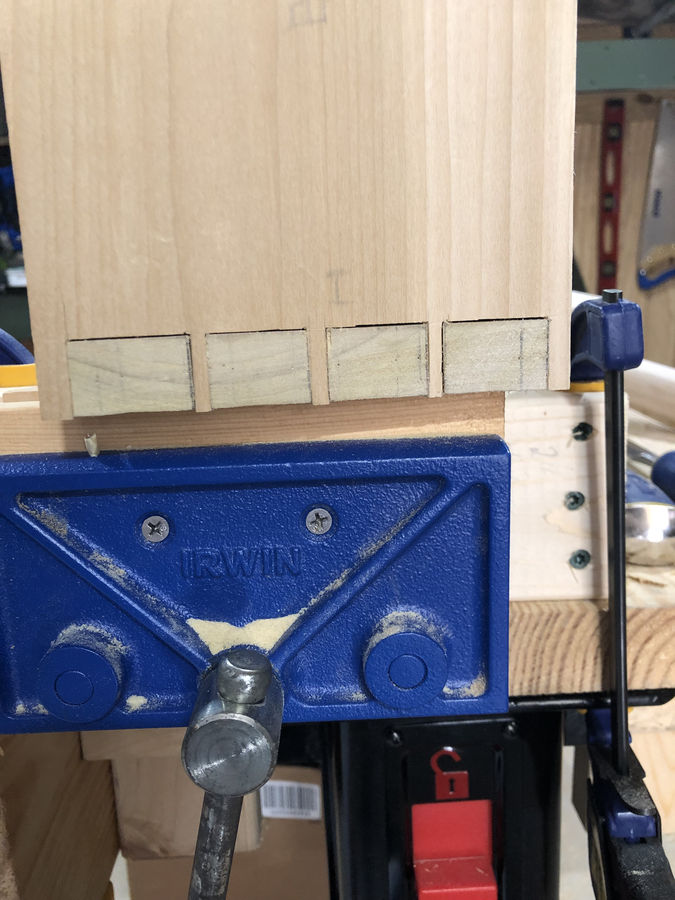 Moment of truth! A little gappy, but I was super happy about how my first set of tails turned out. 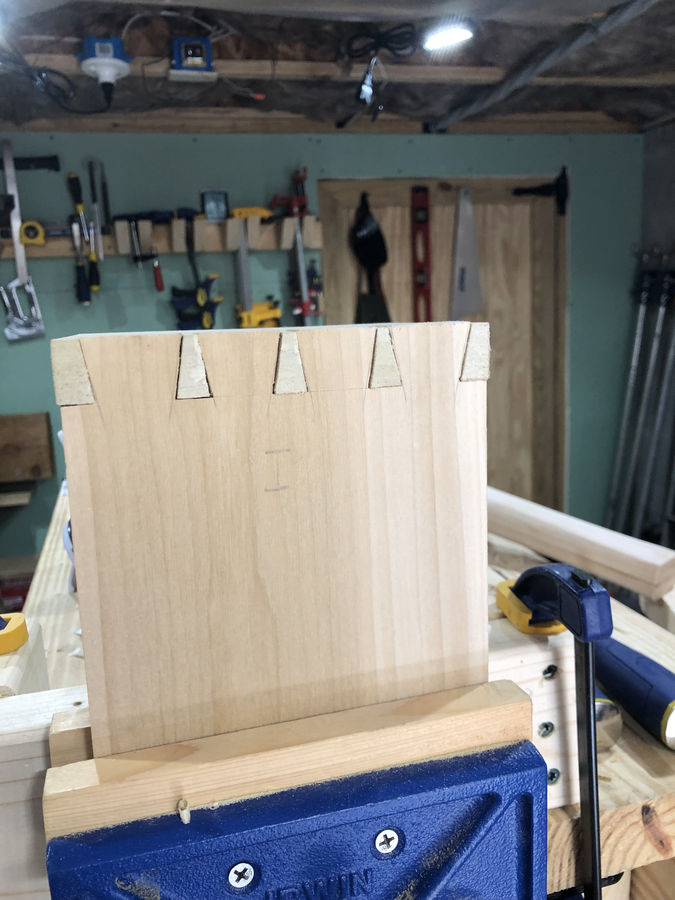 Other angle of the first set. 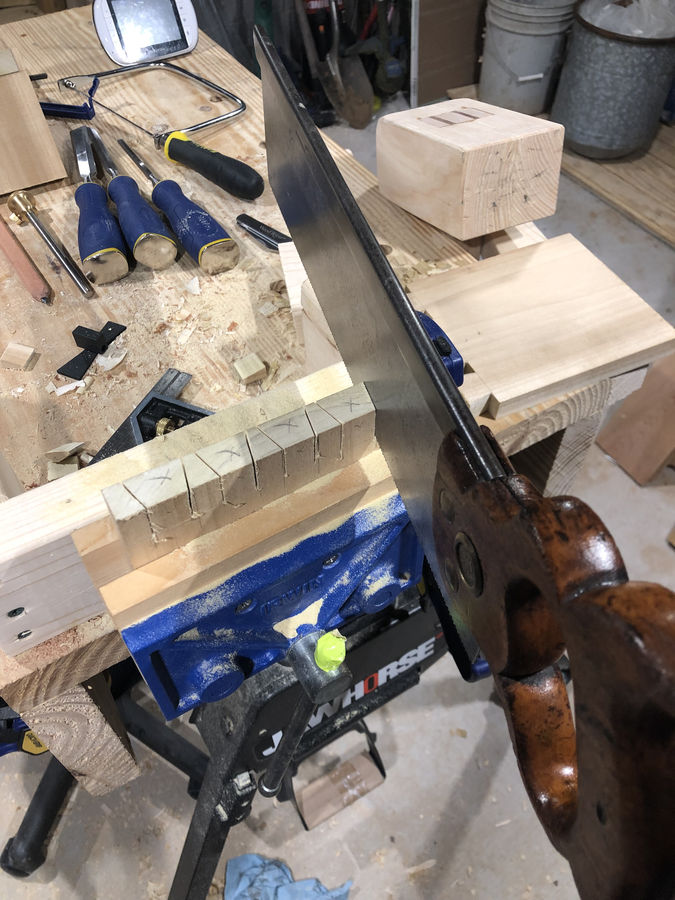 By the third set I was beginning to feel comfortable with the process. The sash saw was a little bit heavy and because of the angle had some stuttering when cutting, but I was feeling good. 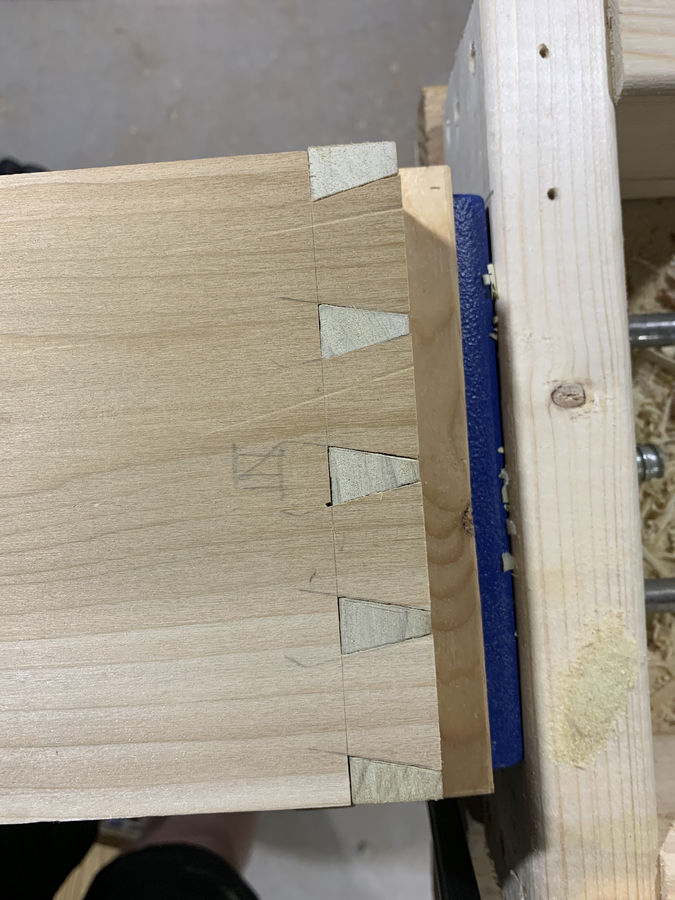 Especially with this third set which by the dents you can see I pushed a little too hard. 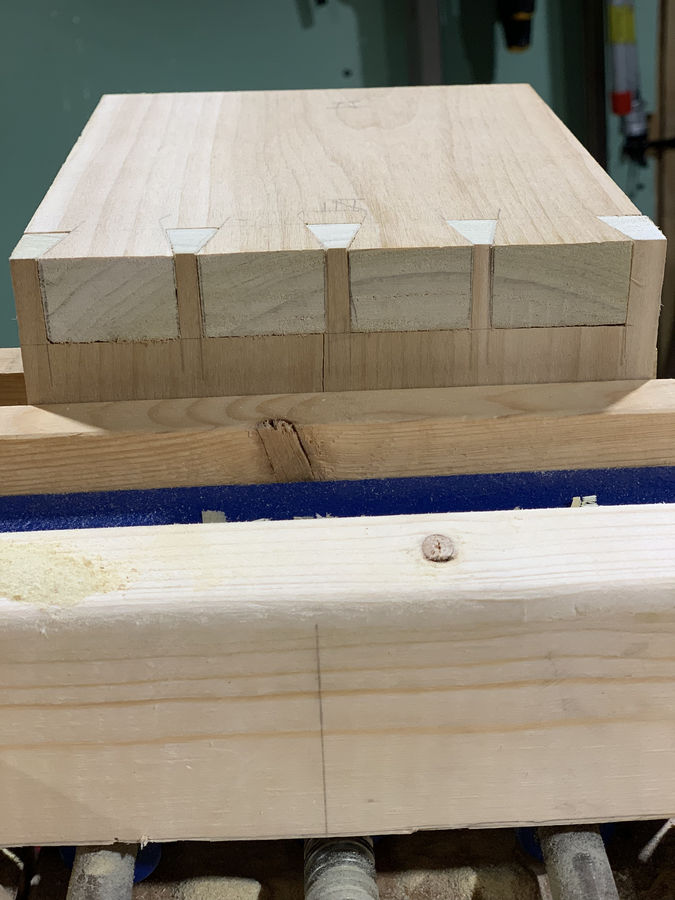 Cracked the pin board in two places. 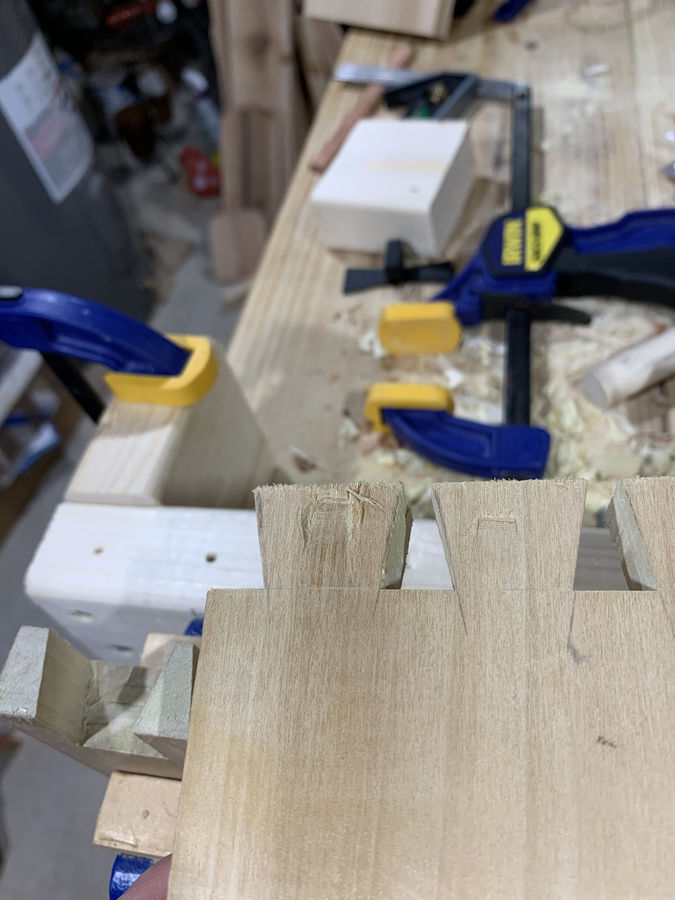 And had to use a screw driver to pry the pieces apart. 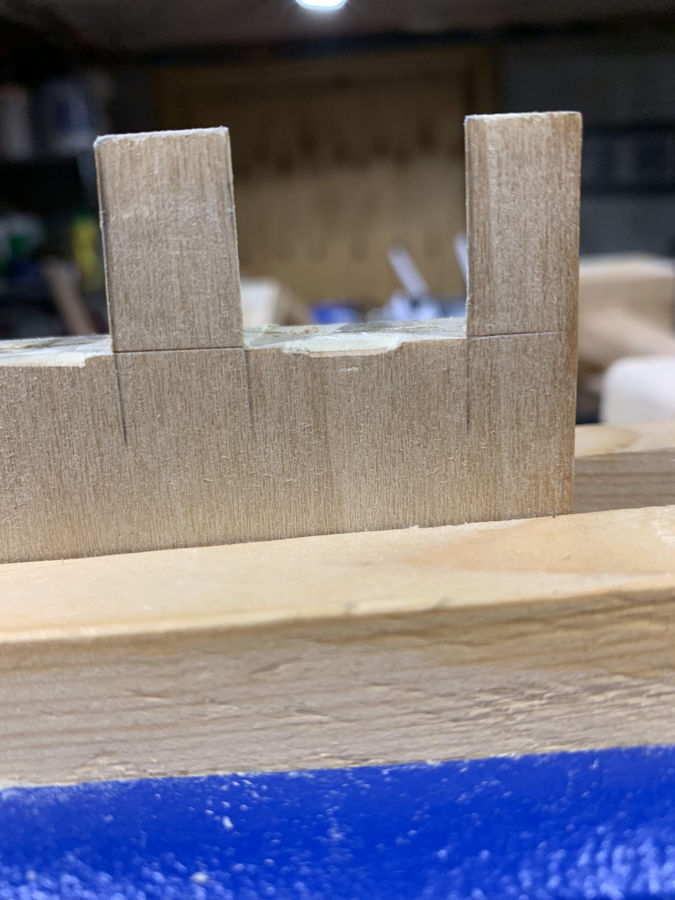 Thankfully the damage was on the inside of the box so it is pretty much invisible. 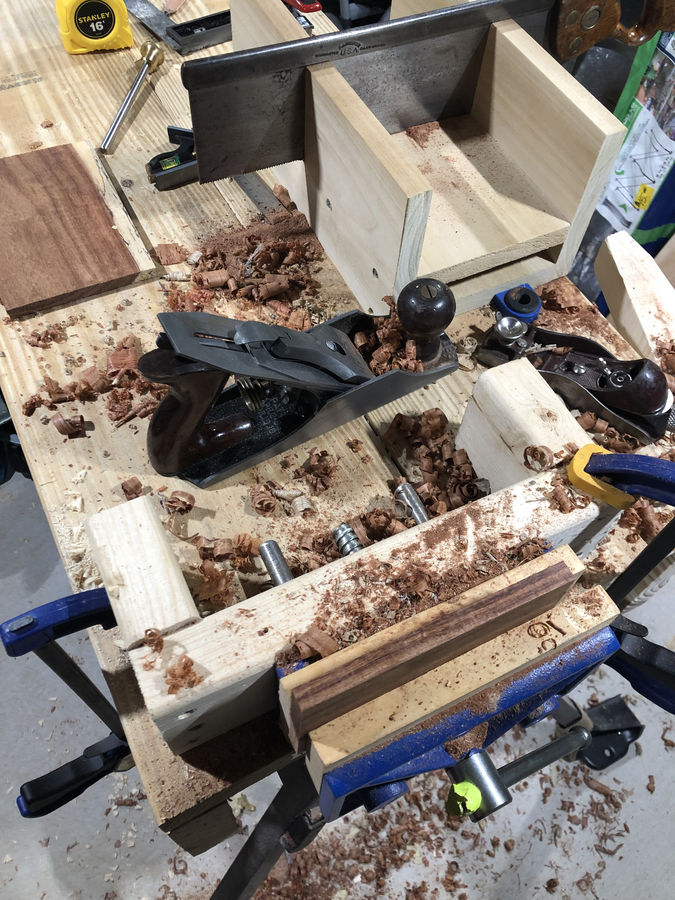 In my zealotry, I glued the box together without having a fully baked plan for the top and bottom. I decided to go with a piece of granadillo with a rabbet around the sides to be inset slightly into the box. Only problem was that my granadillo was too thin. So, I cut two pieces with one to match the outside and one to match the inside. This took a little finagling to get right and glue up aligned. 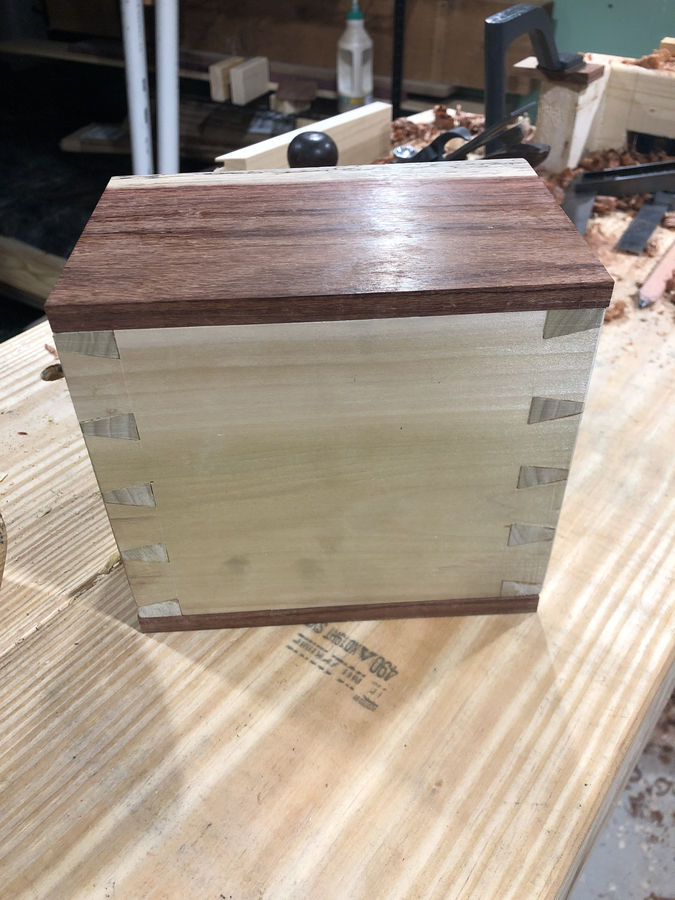 Both the top and the bottom were sized and fitted, now all I have to do is plane it smooth and apply the finishing touches.

Another item I missed when assembling the box too soon was finishing the inside. I was able to do it, but it was awkward and tight. This was my first time using Minwax poly as a finish and I found that a mix of rag and foam brush worked well. 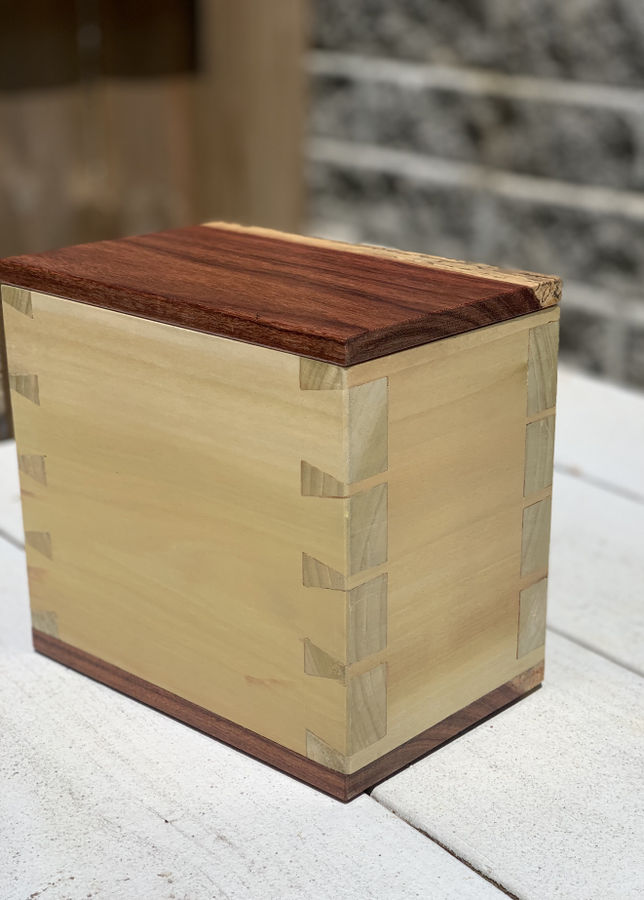 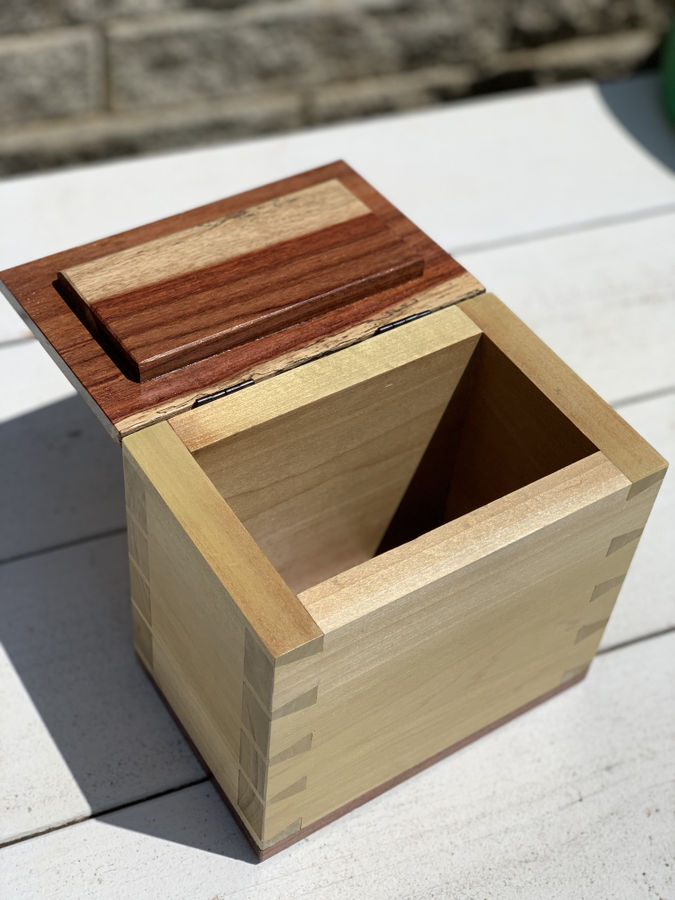 The granadillo had some really pretty spalting on the sapwood. I wanted it to be a fun thing to see when opening the box. 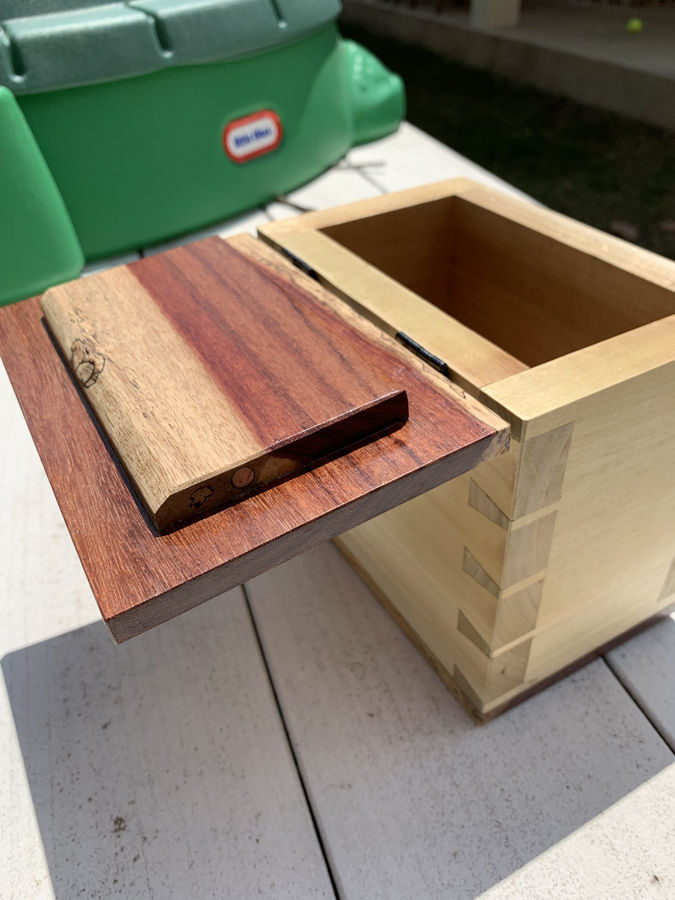 I wanted to attach the top in an inconspicuous way so I added magnets to the lid and the inside of the box. 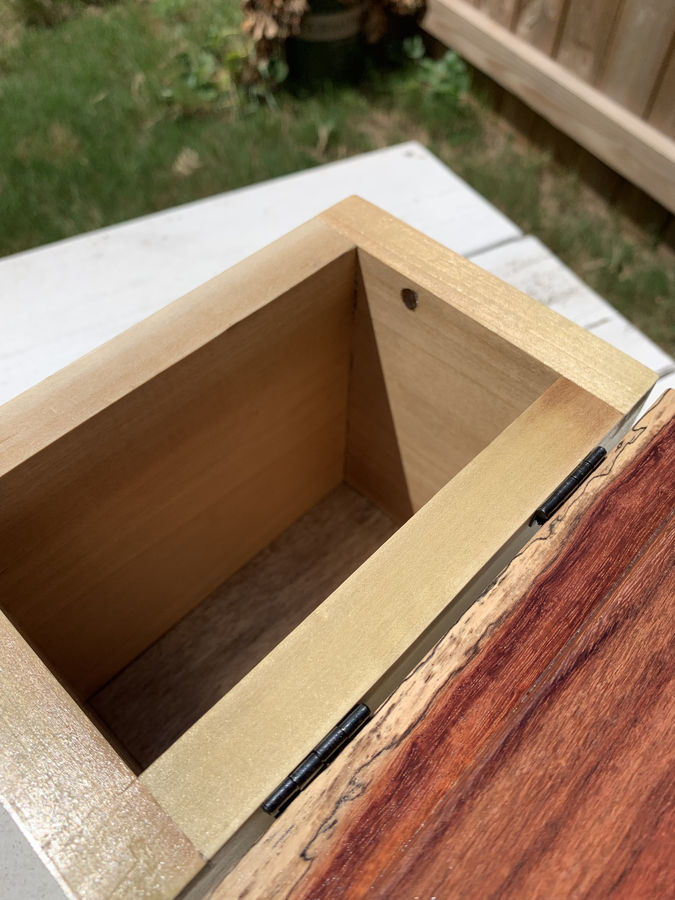 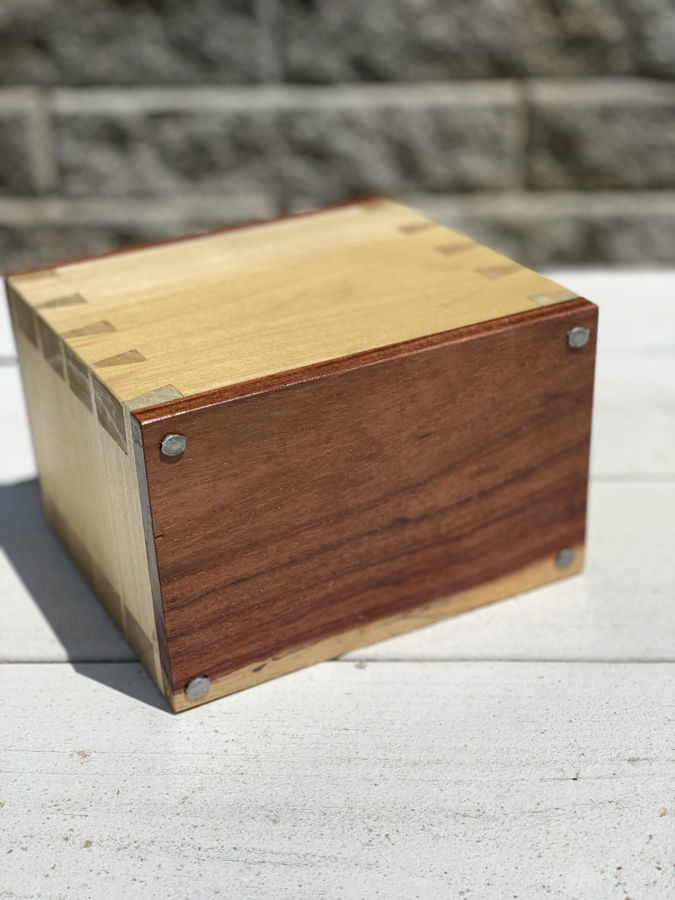 Here’s a good image of how the base was attached.