This is a variation of a magazine rack initially published by  Popular Woodworking and then by Marc Spagnulo. The magazine rack front are made from wenge and the sides are cherry. Aluminum bars were placed in the front to allow for more visibility of the magazines.

Instead of using Domino's or pocket holes for the joinery, I decided to use box joints. Now normally the box joints are not used on the sides in this instance as the long grain tends to break off. And these were no exception. I think between both sides the bottom ones broke off 4 times and the middle one once. Super glue worked well to bond them back together as I was in a time crunch. Regular wood glue was used for the final glue up and really strengthened everything.

Overall I have never had so many problems with a project before. One thing after another seemed to plague this build. Things that managed to go wrong included:

1. Box joints broke off multiple times (knew that was a possiblity from the get go)

2. Measures wrong and scribed lines in the wrong spot on the front edge.

3. Somehow even with a stop block my box joints came out irregular and needed shims to fit.

4. Even with taping and labeling each front piece I managed to place the bottom in the middle and the middle in the bottom spot during glue up. When I tried to take the bottom out I snapped two box joints. Reglued and looks fine.

Overall it turned out well and I am very happy with it. The thing about doing woodworking long enough is that you learn how to fix your mistakes (most of the time) and know that only some are catastrophic to the project. Others can be worked around. 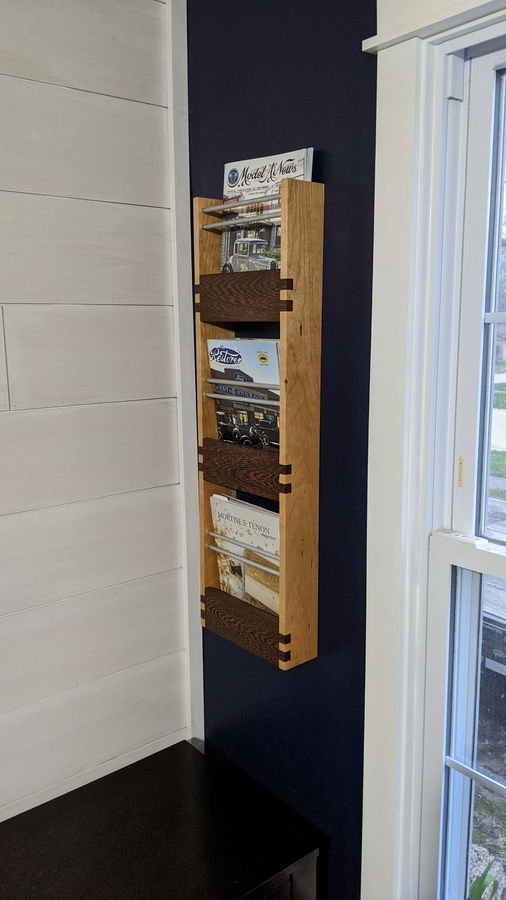 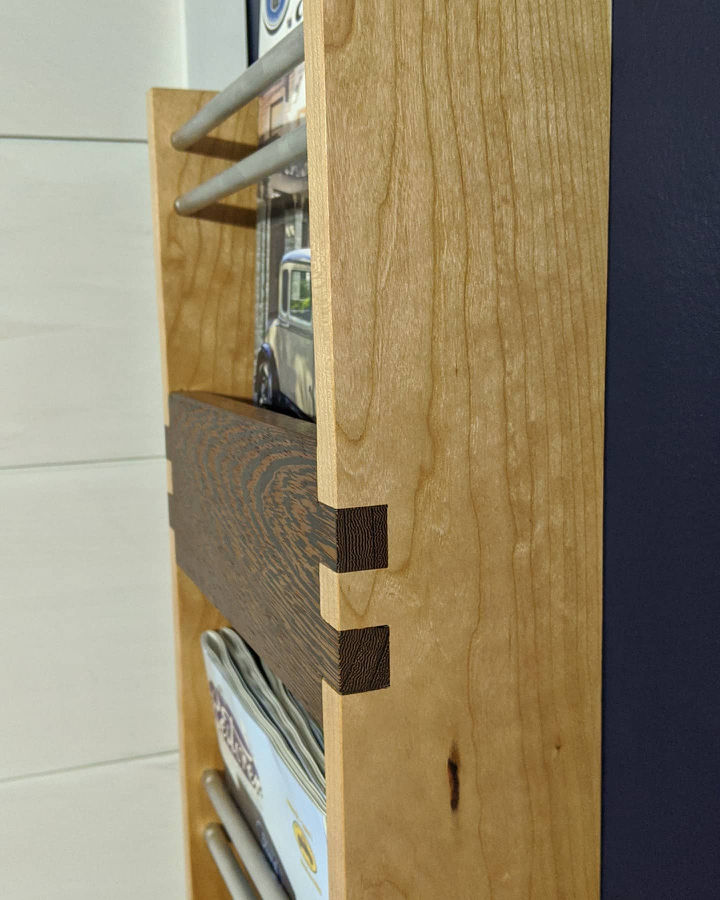 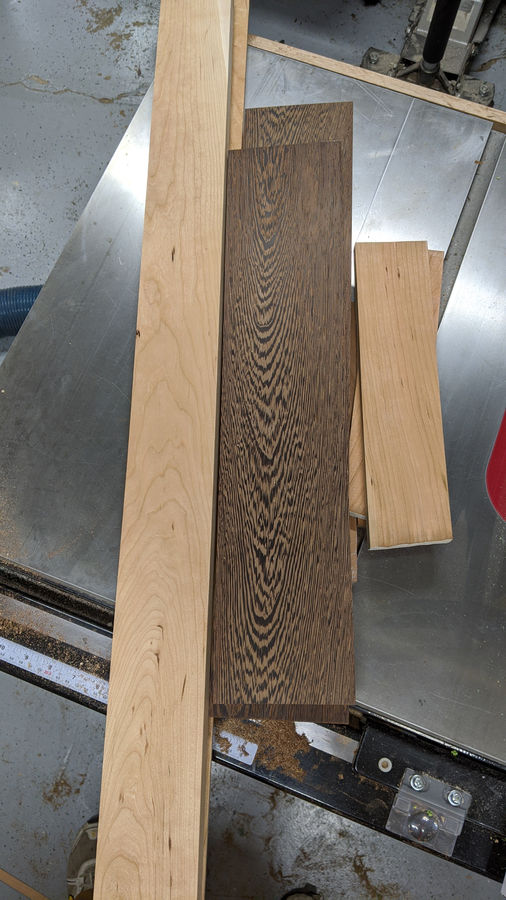 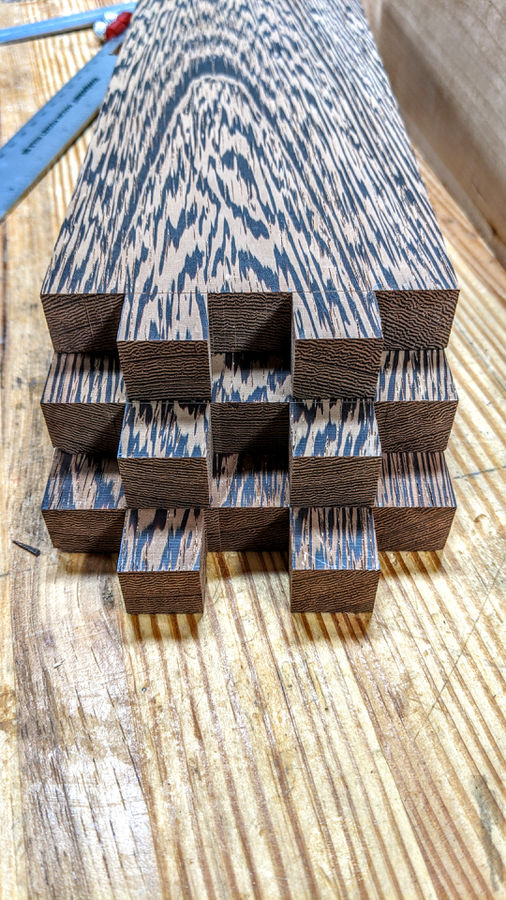 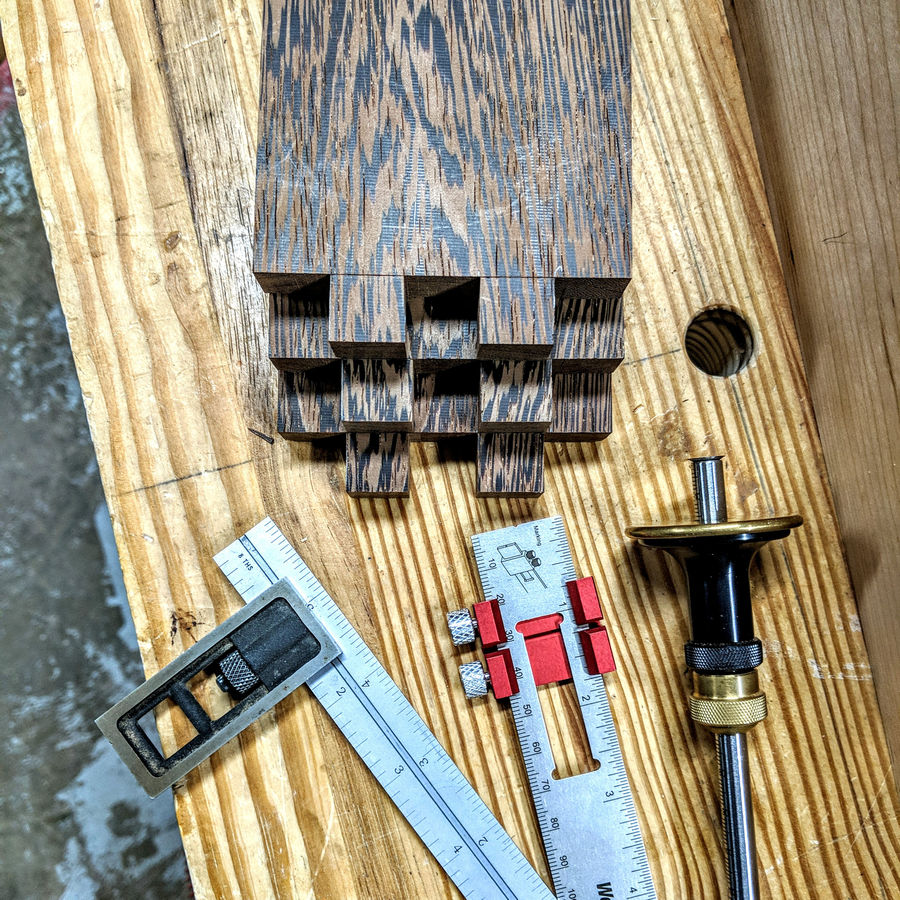 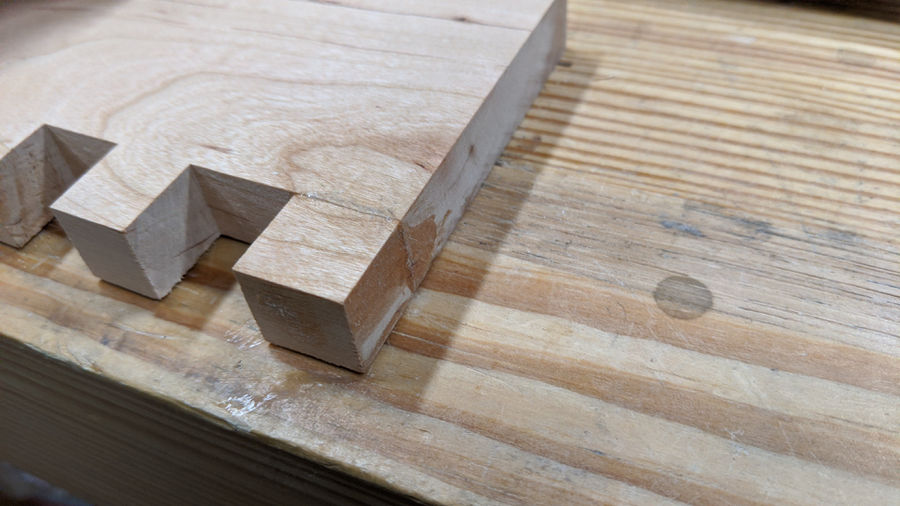 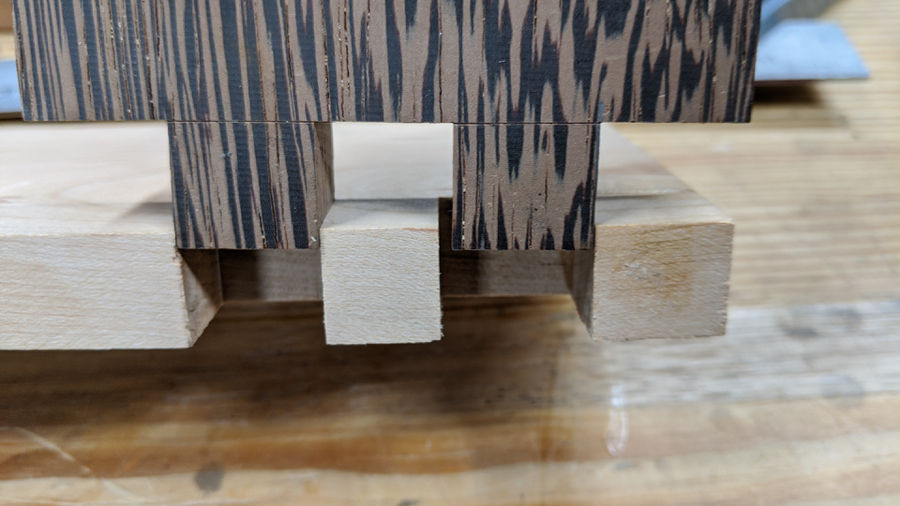 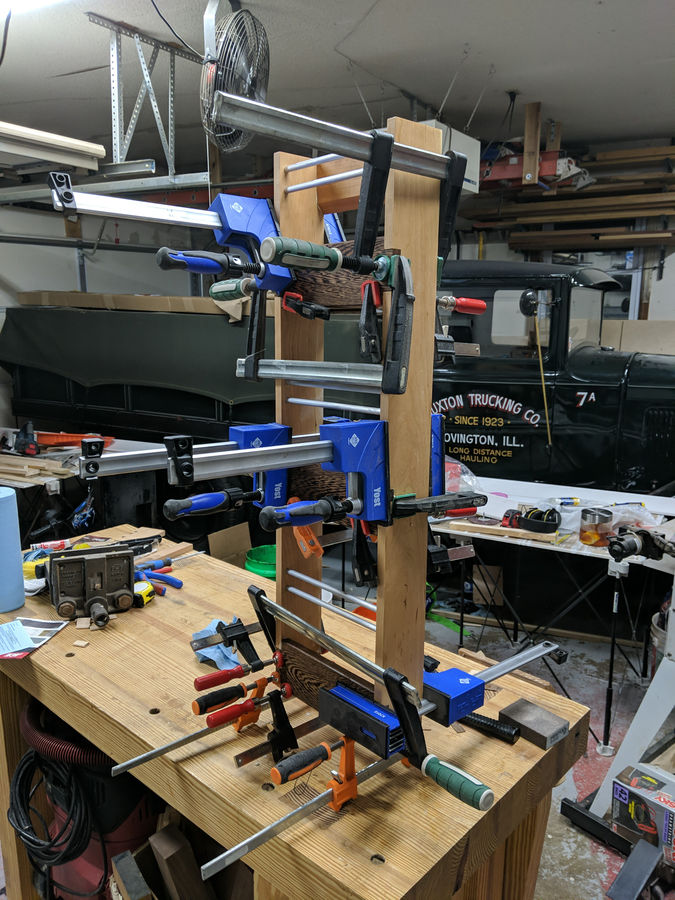 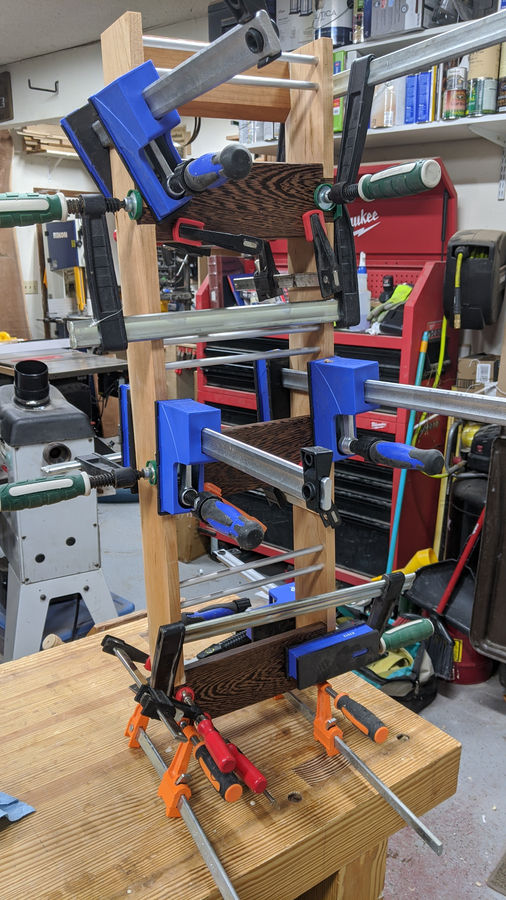 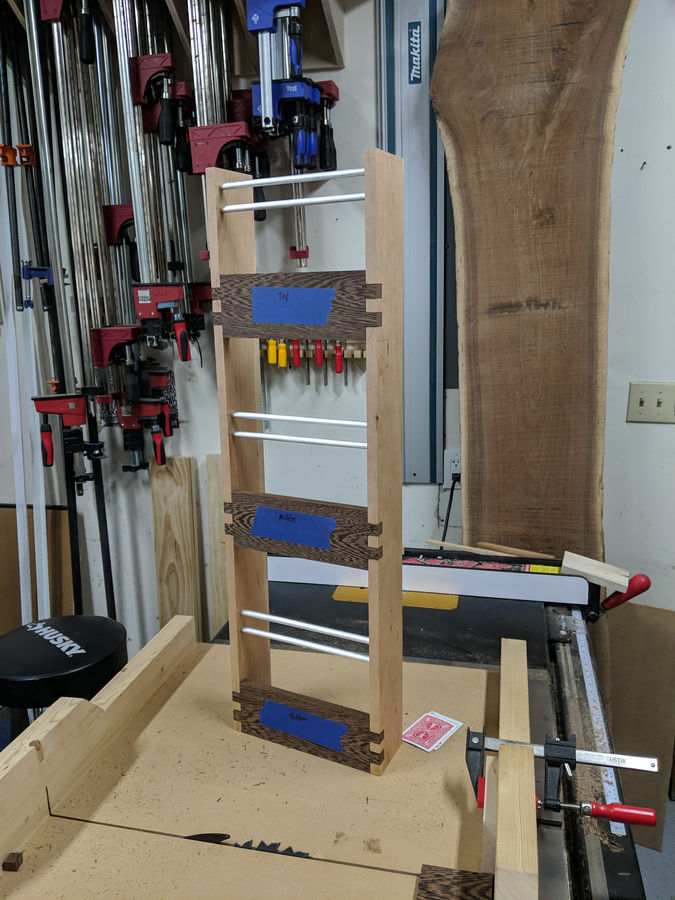 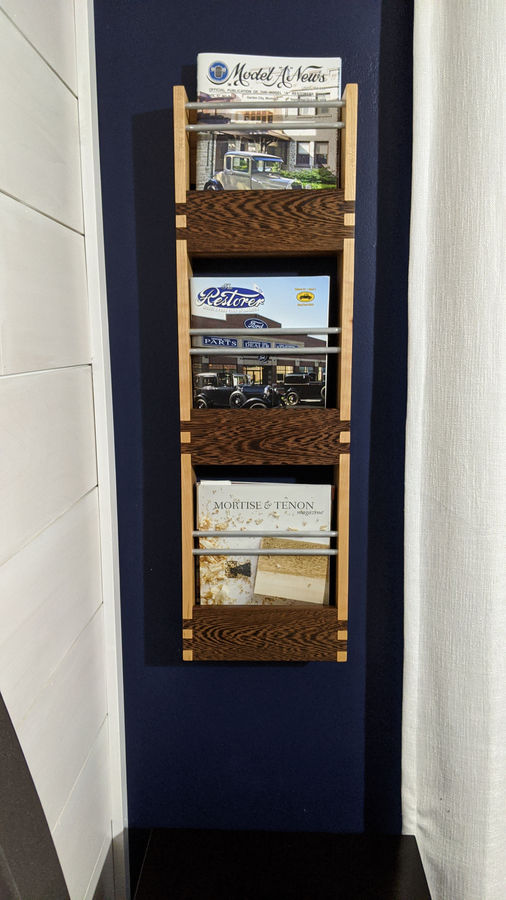 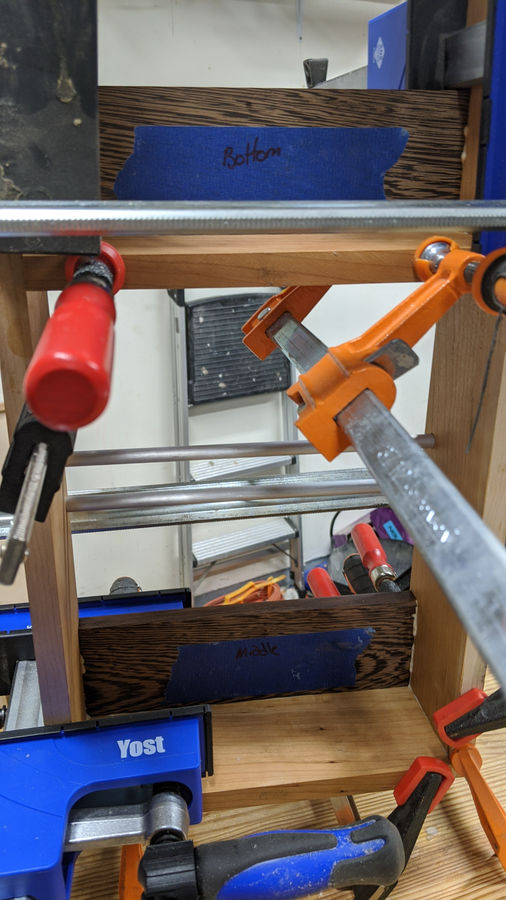 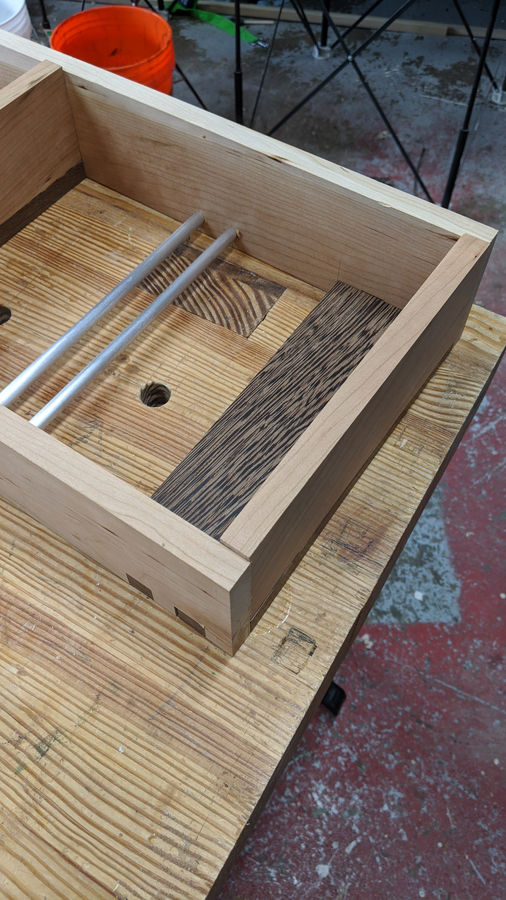 Great project. Do you have any pictures of the bottoms of the shelf that keeps the magazine from falling out of the bottom?

I added two photos of the back side. The shelves are attached with Domino's to the front wenge pieces and glue only on the sides. With it being a magazine rack and only holding a couple there isn't an issue with it being end grain. The long grain glue joint should be more than enough of a joint.

Great project. Do you have any pictures of the bottoms of the shelf that keeps the magazine from falling out of the bottom?