My first project for my wife and I was our first king bed just over two years ago. I made it with just a circular saw and some cheap lumber at one of the big box stores. Two years later after my tool arsenal had increased and my skills had developed I decided to create a whole new set for us. We love the mid century design and I used that to design and build a walnut bedroom set. I don’t really have a social media presence so I didn’t do the best job at documenting my work, but I thought I’d still share and hope y’all enjoy. #midcentury 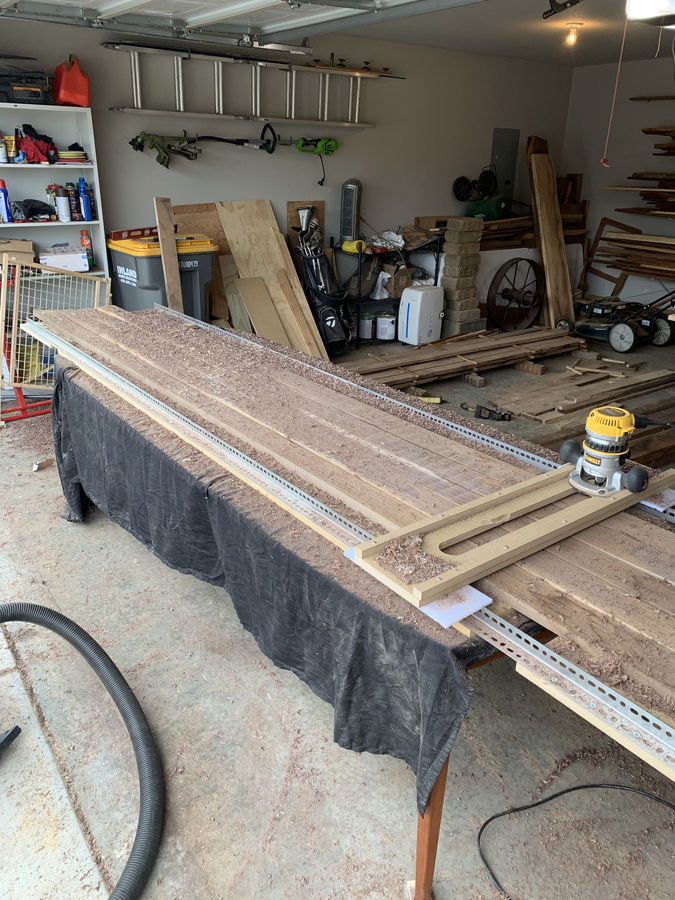 Started by using some rough dried lumber that had to be surfaced on one side to run through the planner. Several of my boards were 10’ so I had to build a planner sled big enough to accommodate that. I build the sled out of some L brackets connected to mdf board on the bottom. And the actual sled slides on a cutting board groved out to fit over the L bracket. This set up works pretty well and can be easily be put taken apart and put back together. 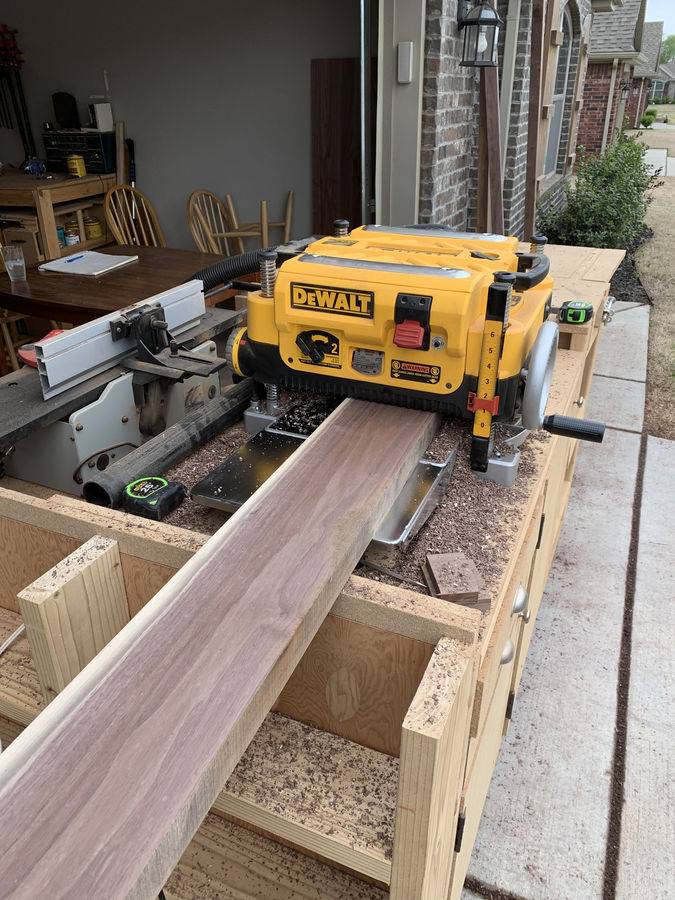 After one side was surfaced I started running the boards through the planner. Many woodworkers don’t show this process. But I have found that it is extremely time consuming to surface all sides of a board. 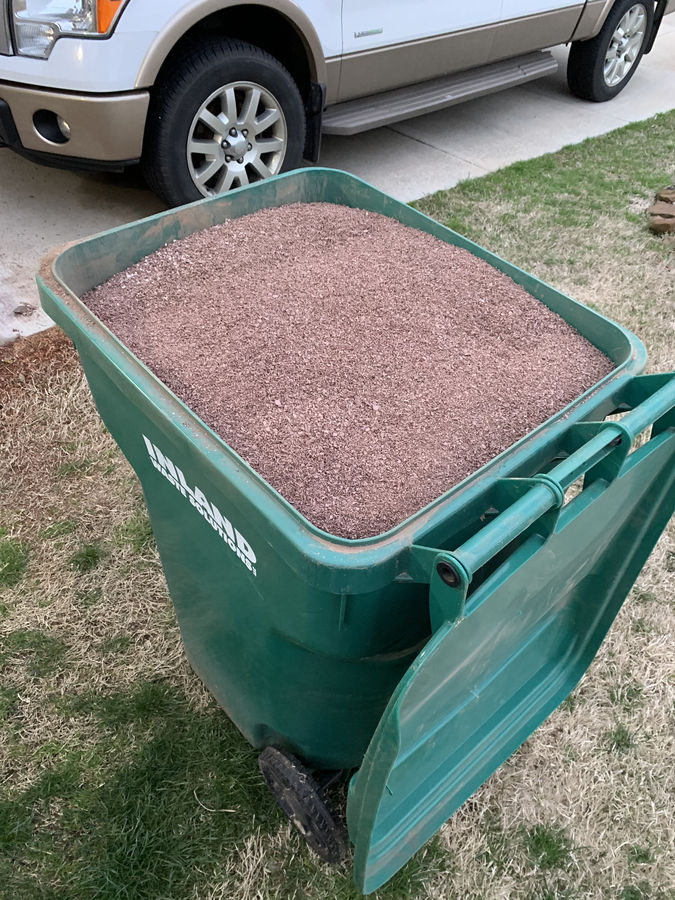 Anyone knows that planning boards creates a ton of saw dust and I remember filling my whole trash can that week with saw dust.

I cut some splines along the sides of the bedframe corners to give it an unique look. I did this prior by running across the table saw with a table saw sled. 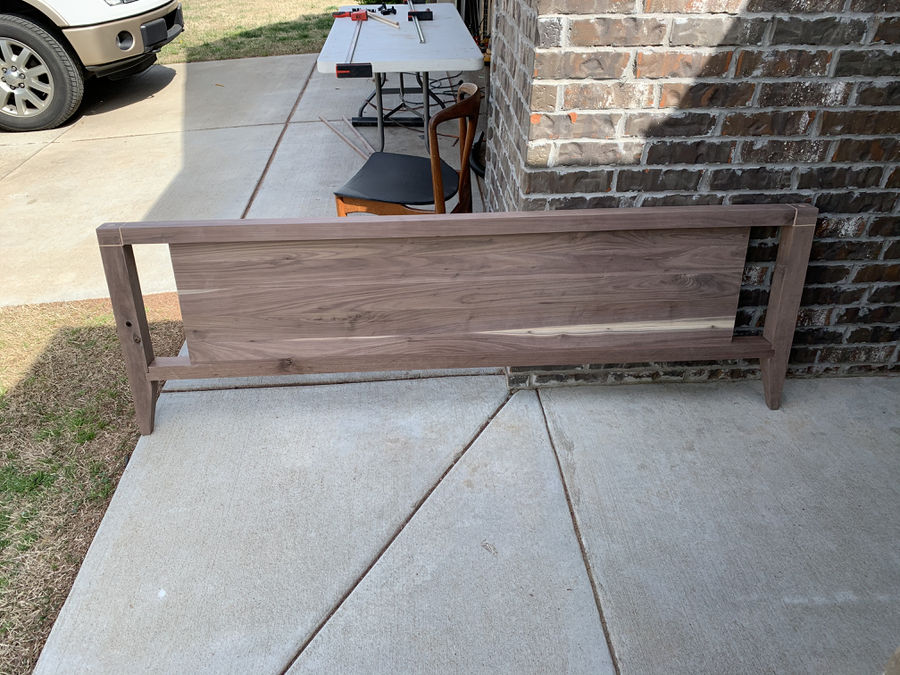 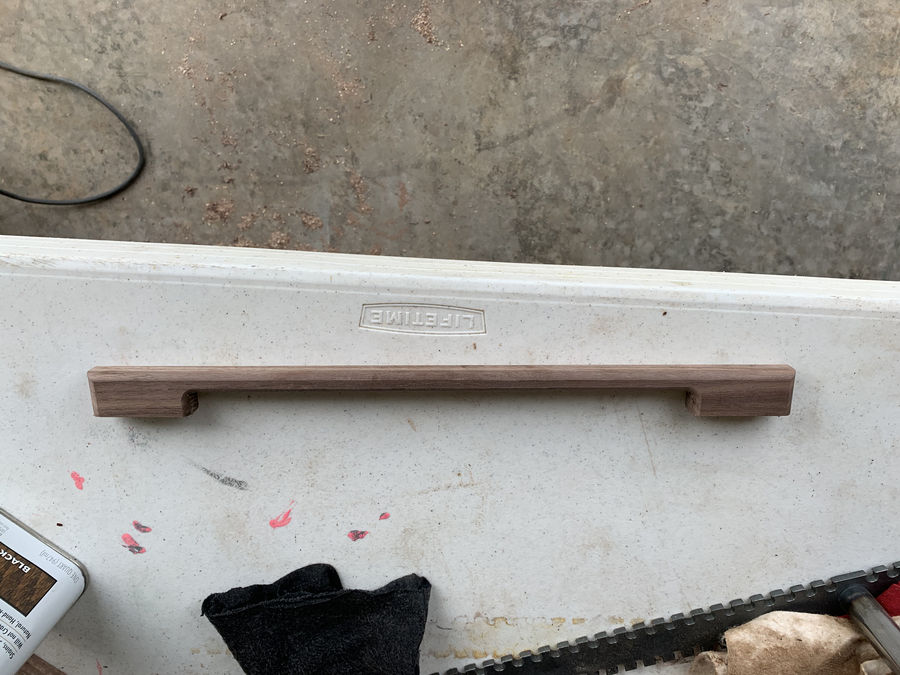 Once I started building the nightstand I thought I would add my own handles and built it by cutting out a grove on the band saw and then running a router along the edge to give it a curved over look. 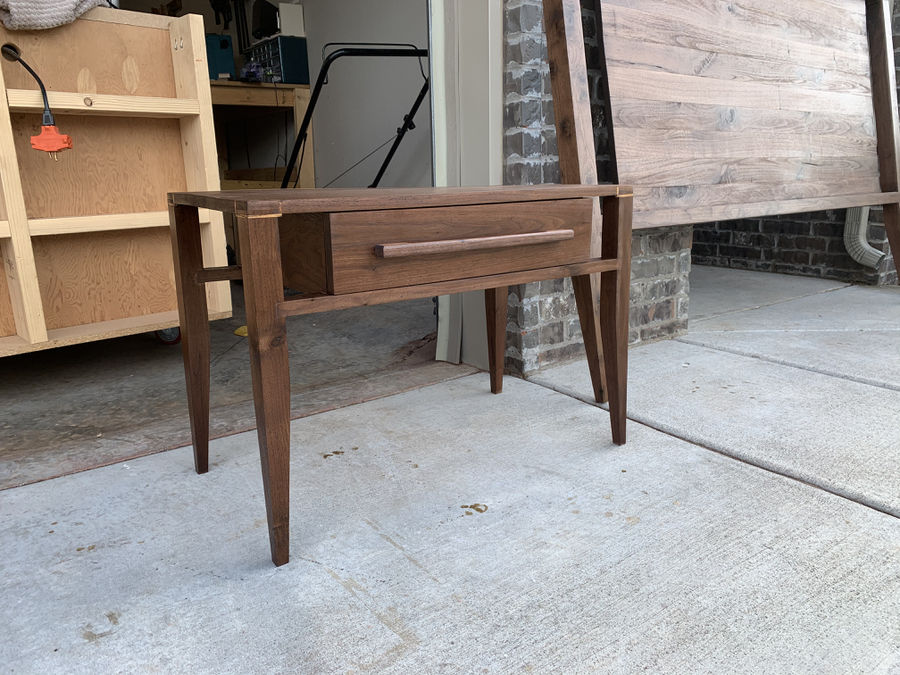 I know I didn’t show any process on the nightstand but this was the first one I had. I designed these to match perfectly with the bedframe and followed the same methods I did on those. I think it gave it an overall cohesiveness between the two. 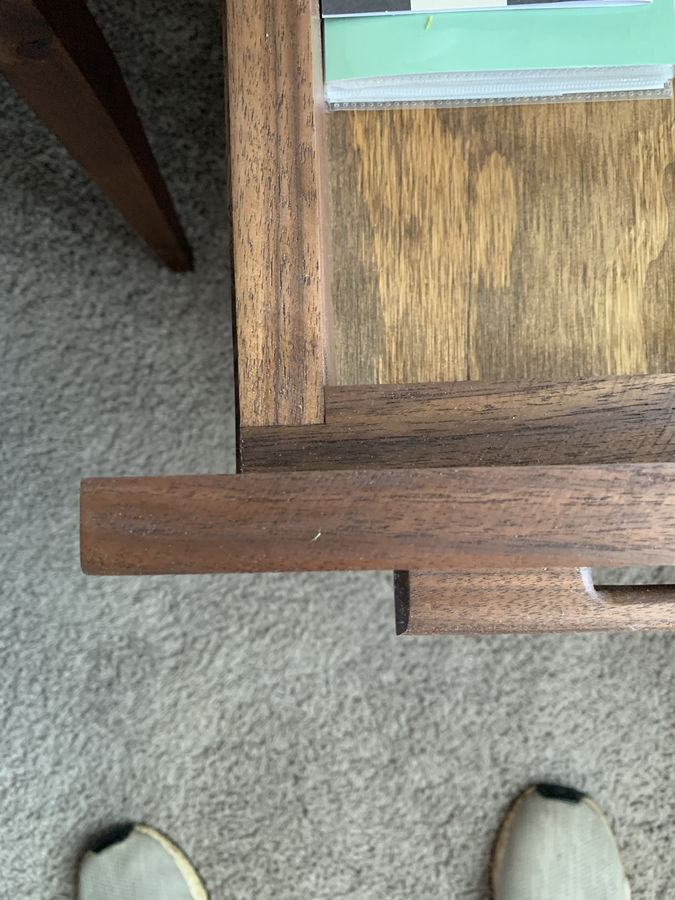 The inside of one of the drawers. Did a half lap joint to creat the box and have built in wood slides for it to slide on. I then installed the front piece onto the drawer box. It gives it a nice heavy feel when pulling out the drawer. 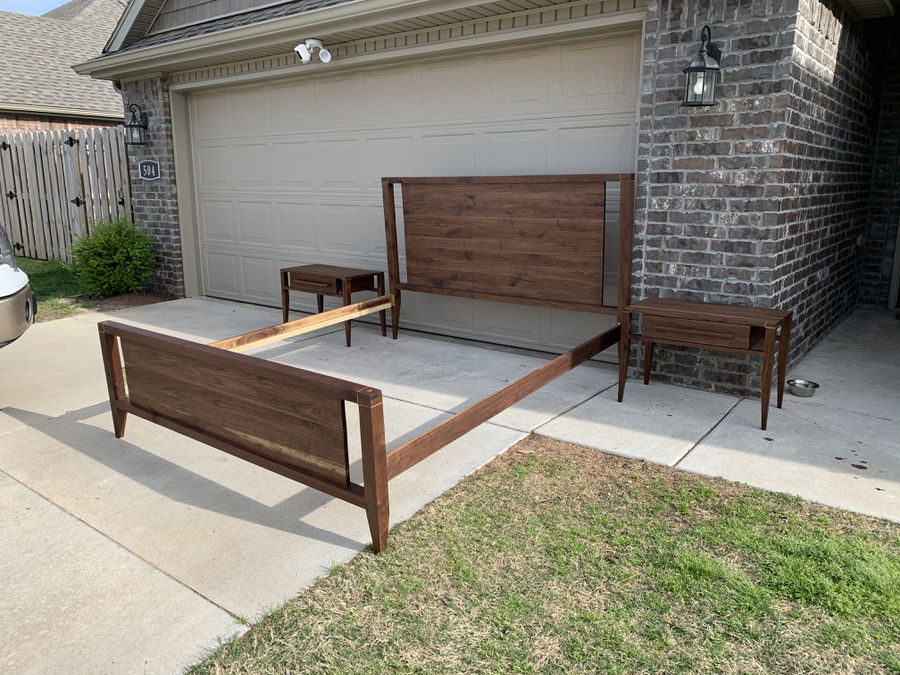 This was first finished picture and I was happy to see it all together. 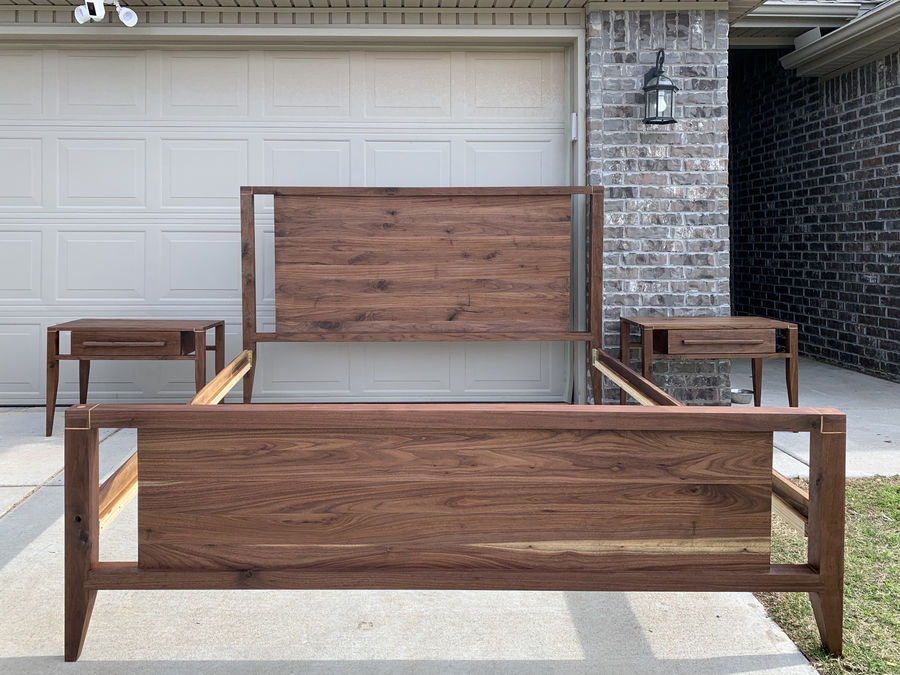 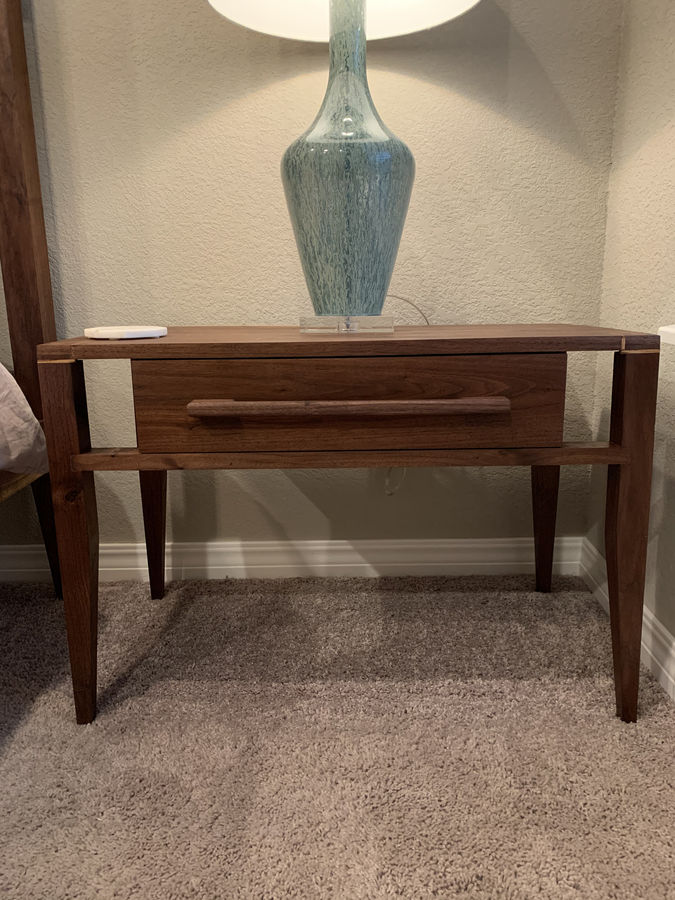