Starting December 2018 planning began. I started with the Wood Whisperer Guild / Benchcrafted plans, then moved on in March to purchase the Benchcrafted hardware. DFM Toolworks introduced a stellar dowel plate shortly after. I got one! FWW magazine shared a design for a magnetic dog (two-opposing magnets instead of an ash spring). It works wonderfully. The wood was already piled next to the shop. It arrived there via my Ol' man, who cut a large hard maple tree from the home-forty a few years earlier in 2015. That same year he found some walnut for $1 a foot from an Ol' timer with a home-built masterpiece of a sawmill. All along, I saved any photos of Roubo workbenches that I came across. I found a heavy dose of inspiration from Frank Strazza's Instagram posts.

November 23 marked the official beginning of the woodworking phase. I had a 10 day vacation in early December with no-where to be (wood shop notwithstanding) in which I built most of the bench.

I took photos at the very end of 2019 and then finished up some small details in January. To the surprise of no-one, the split-top Roubo design is a fantastic bench. More details of the build can be found on my instagram @swiltzius

I'd like to highlight two neat modifications/additions. First, I made a mini-deadman of sorts from Elm, and use it on the leg near the tail vise for supporting and holding long long boards. Second, the square bench dogs use two opposing magnets as the spring and are very smooth in action. 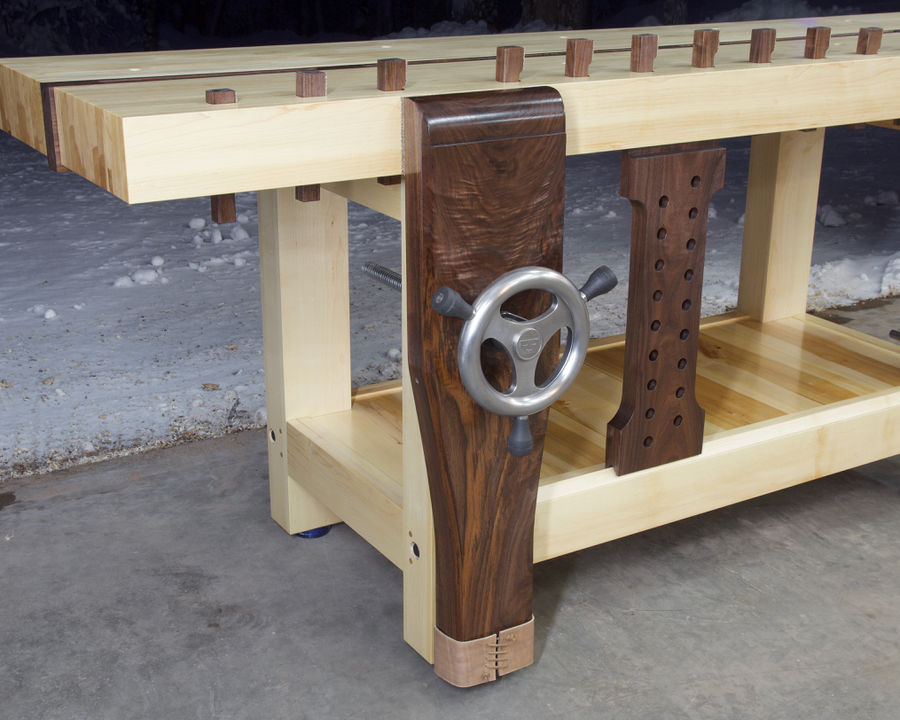 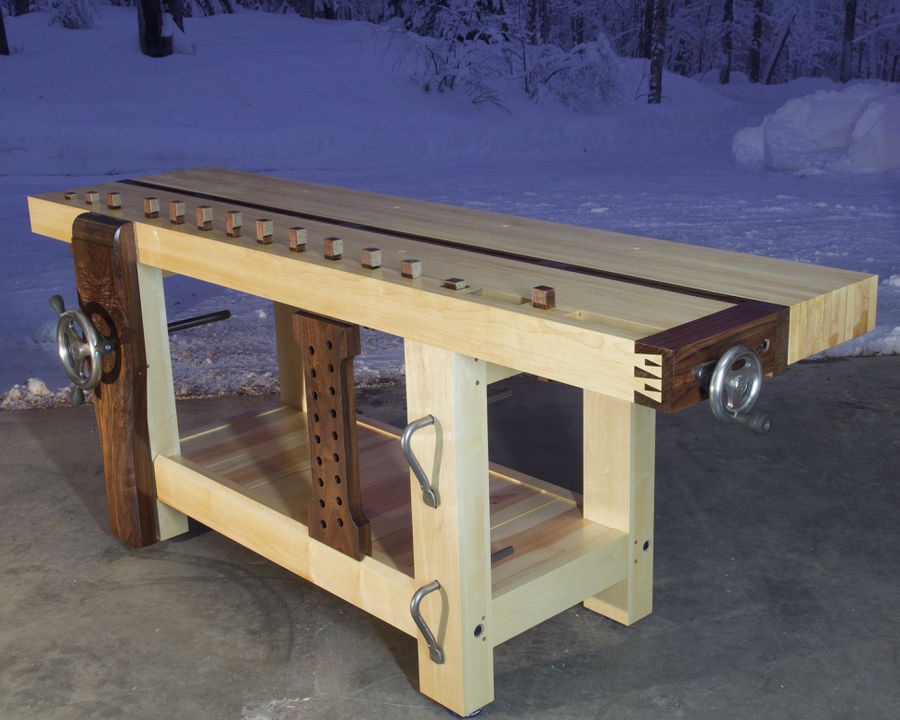 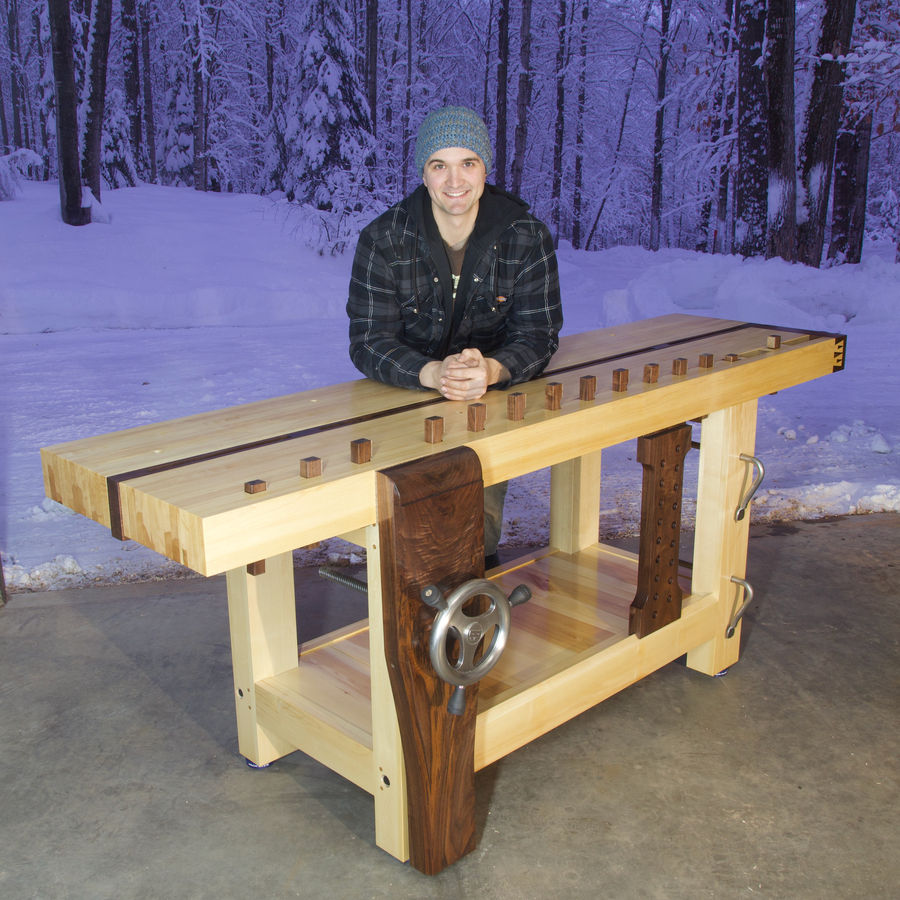 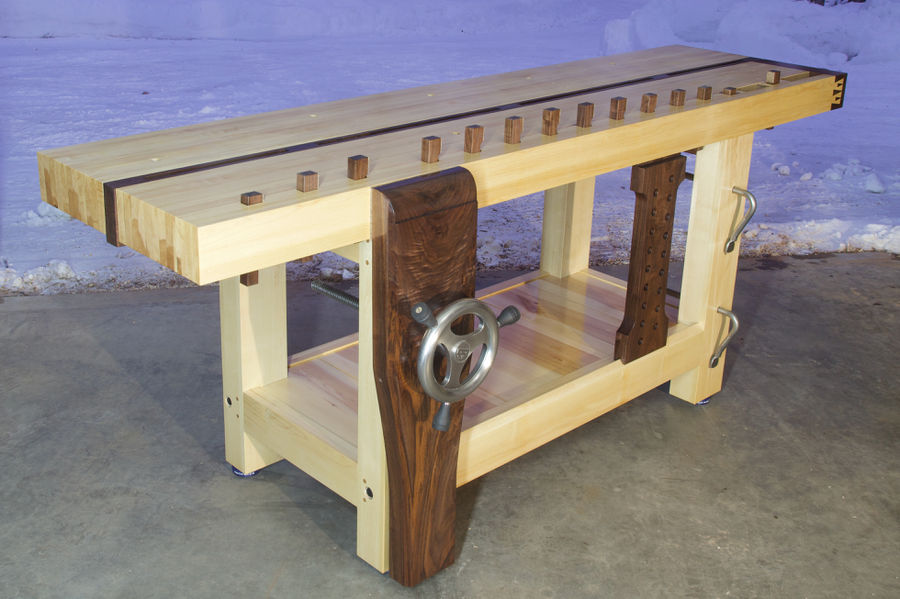 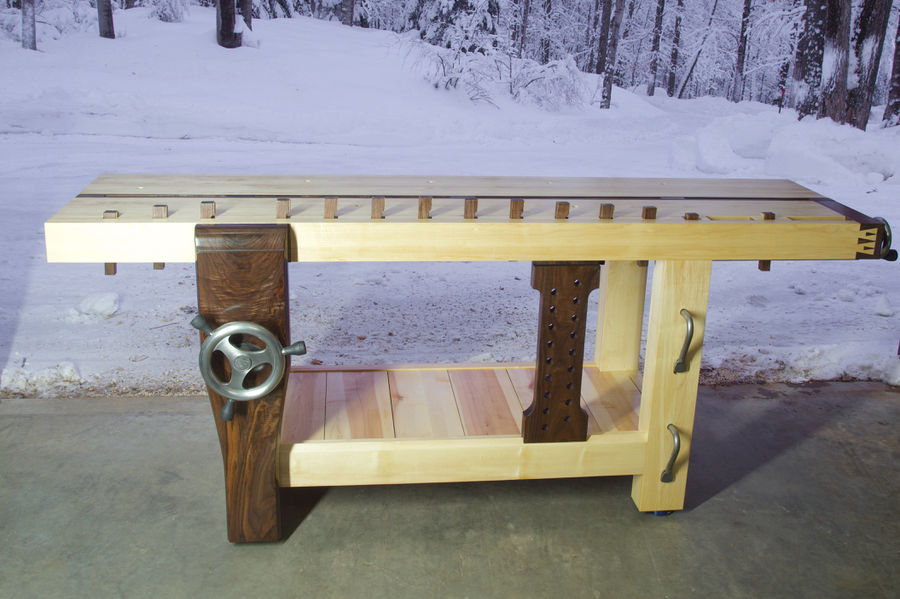 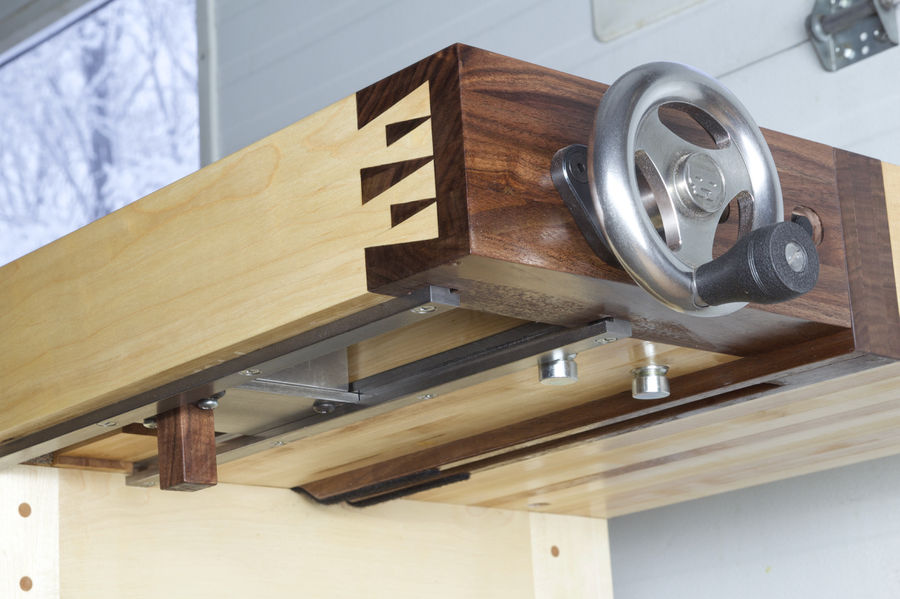 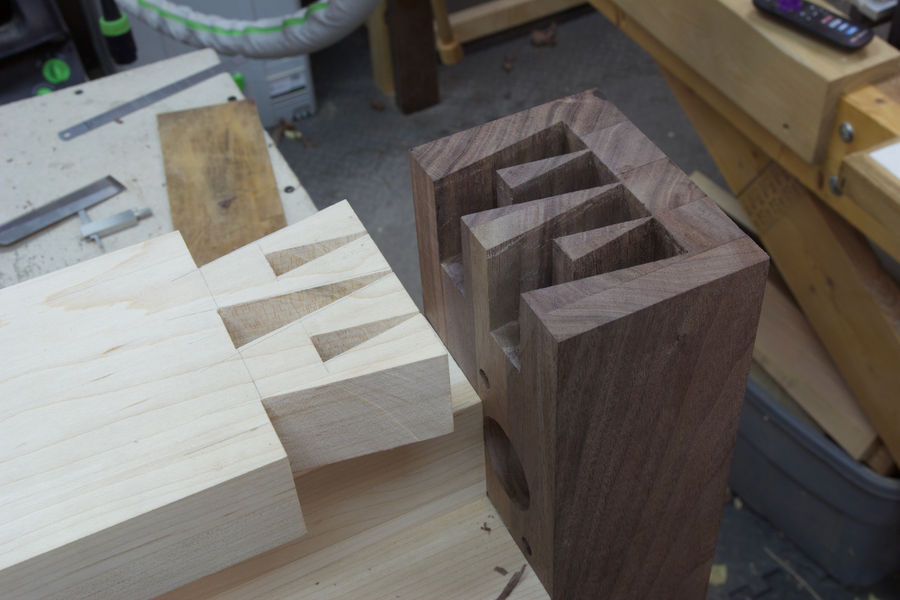 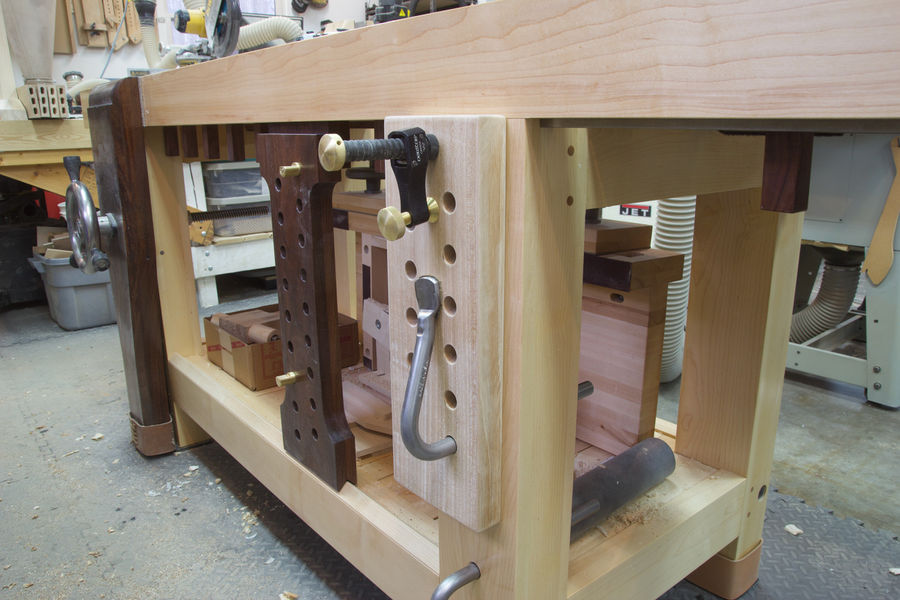 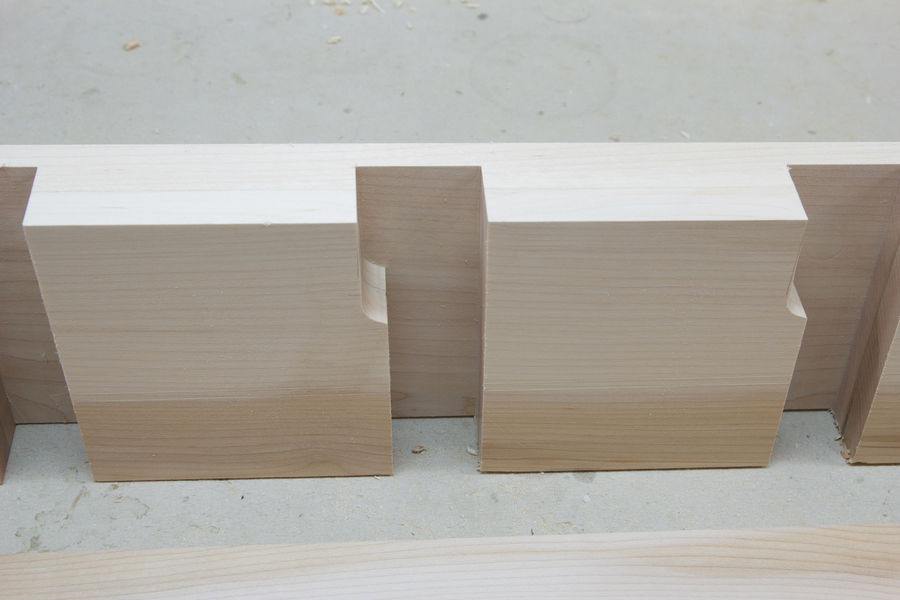 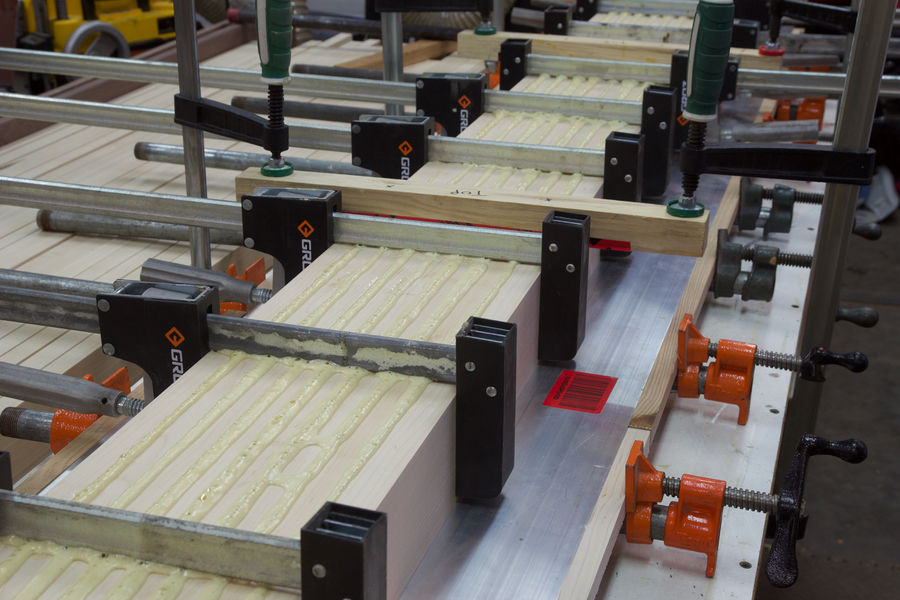 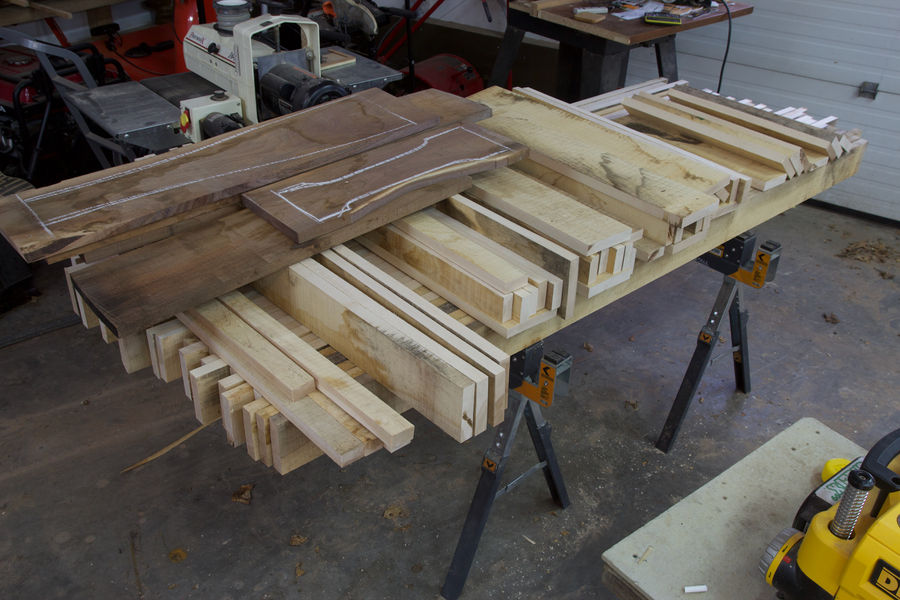 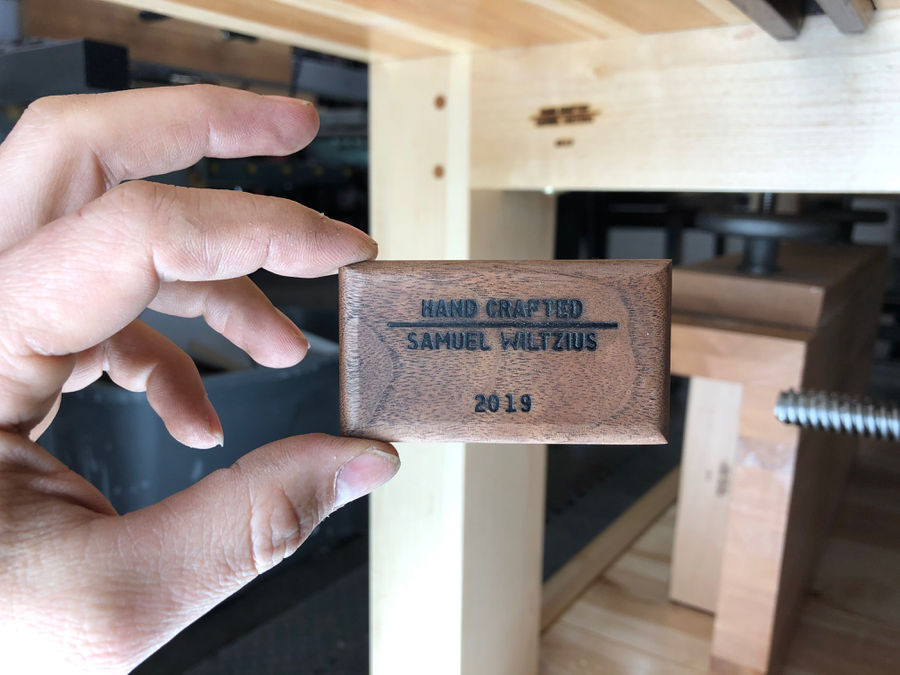 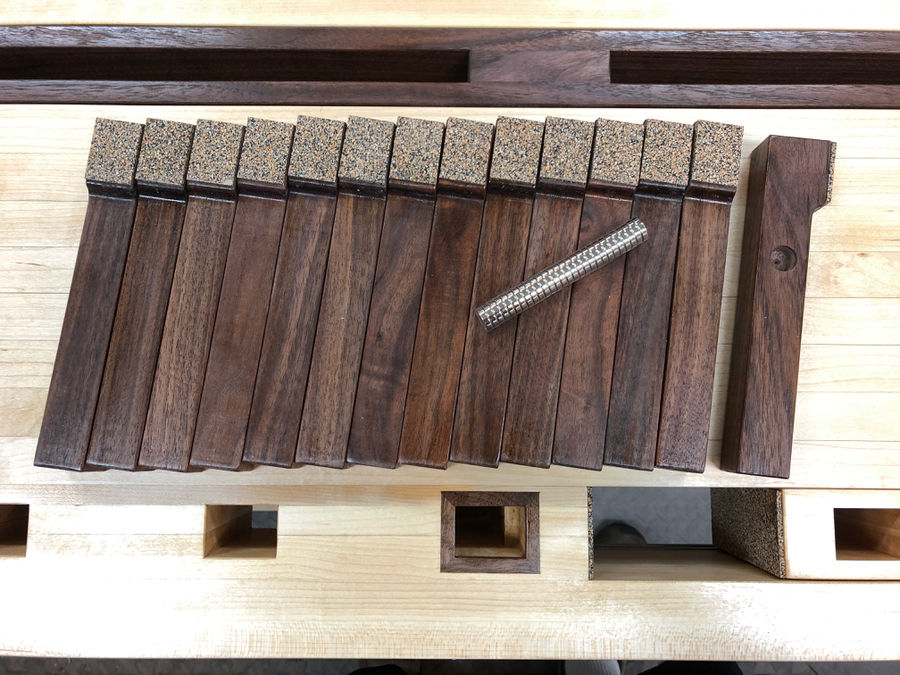 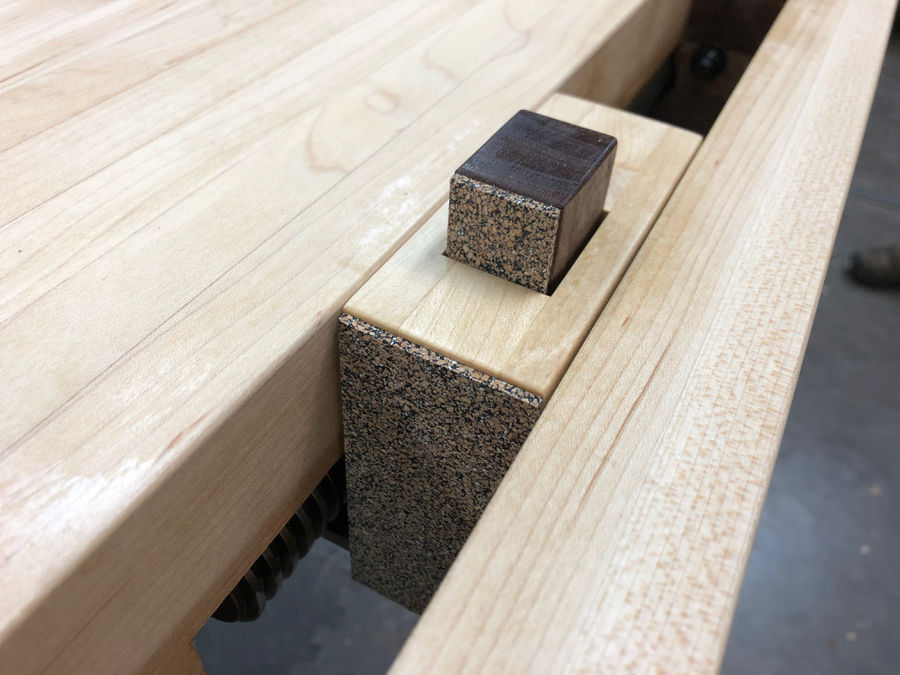 2nd one of these in a week! Very well done!