I made a replica of a Lord of the Rings sword from red oak, inspired by a girl I met a few months ago. It is Hadhafang, Arwen's sword. I started with a piece of 1x4 red oak, drew the sword outline on, then used a jig saw to cut out the basic shape.

I had limited tools so to thin the blade part of the wood, I used a planer bit on my router and went down a little at a time, then flipped it over and did the same (this proved entirely frustrating, difficult, and probably not that safe considering I had no spare area to clamp the piece down properly). Eventually I got it to the appropriate thickness.

Used a dremel for all the engraving and detailed areas of the blade. Never realized how useful a little drum sander bit could be. For the handle, I stained first and then engraved over. The little cap on the end is made from that putty you mix together, which later hardens to mimic steel. Formed and cut/sanded it down to shape followed by spray paint to give it the right color to match.

The finish was a mixture of mineral spirits, poly, and BLO. 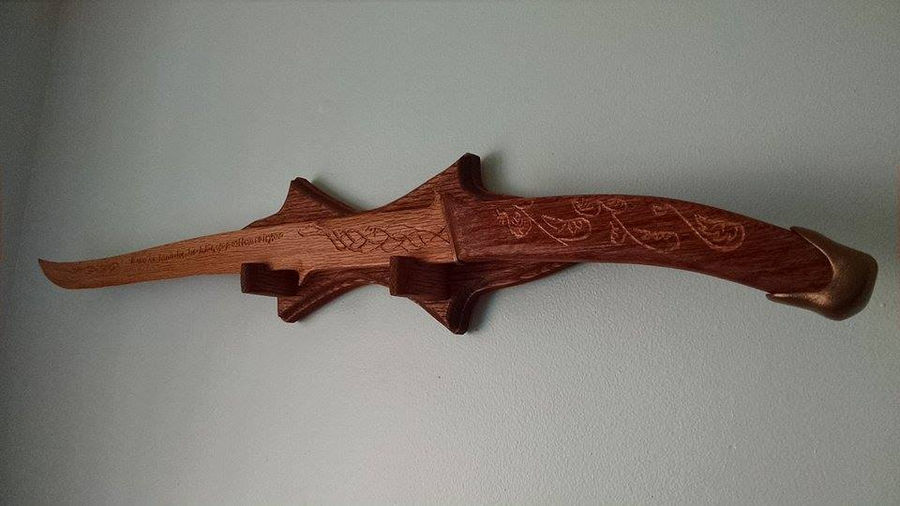 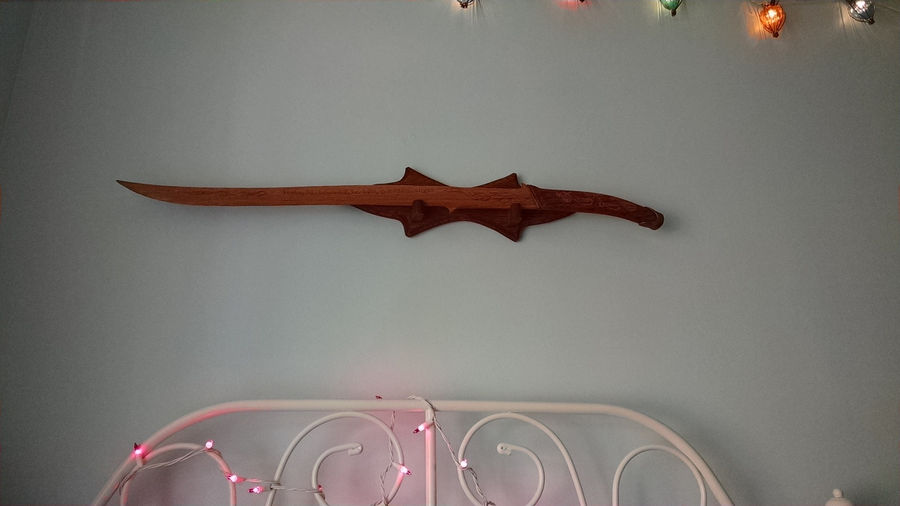 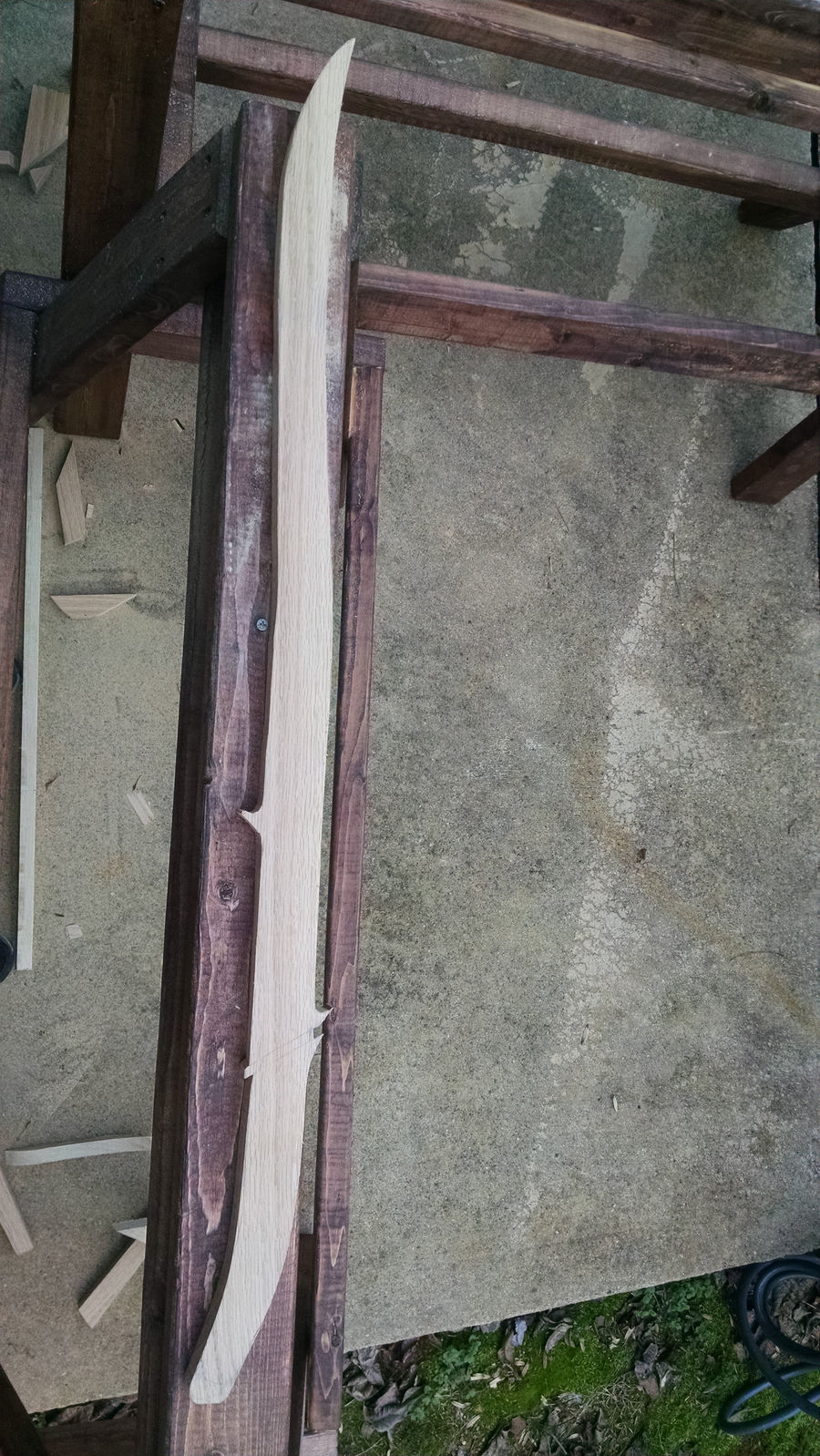 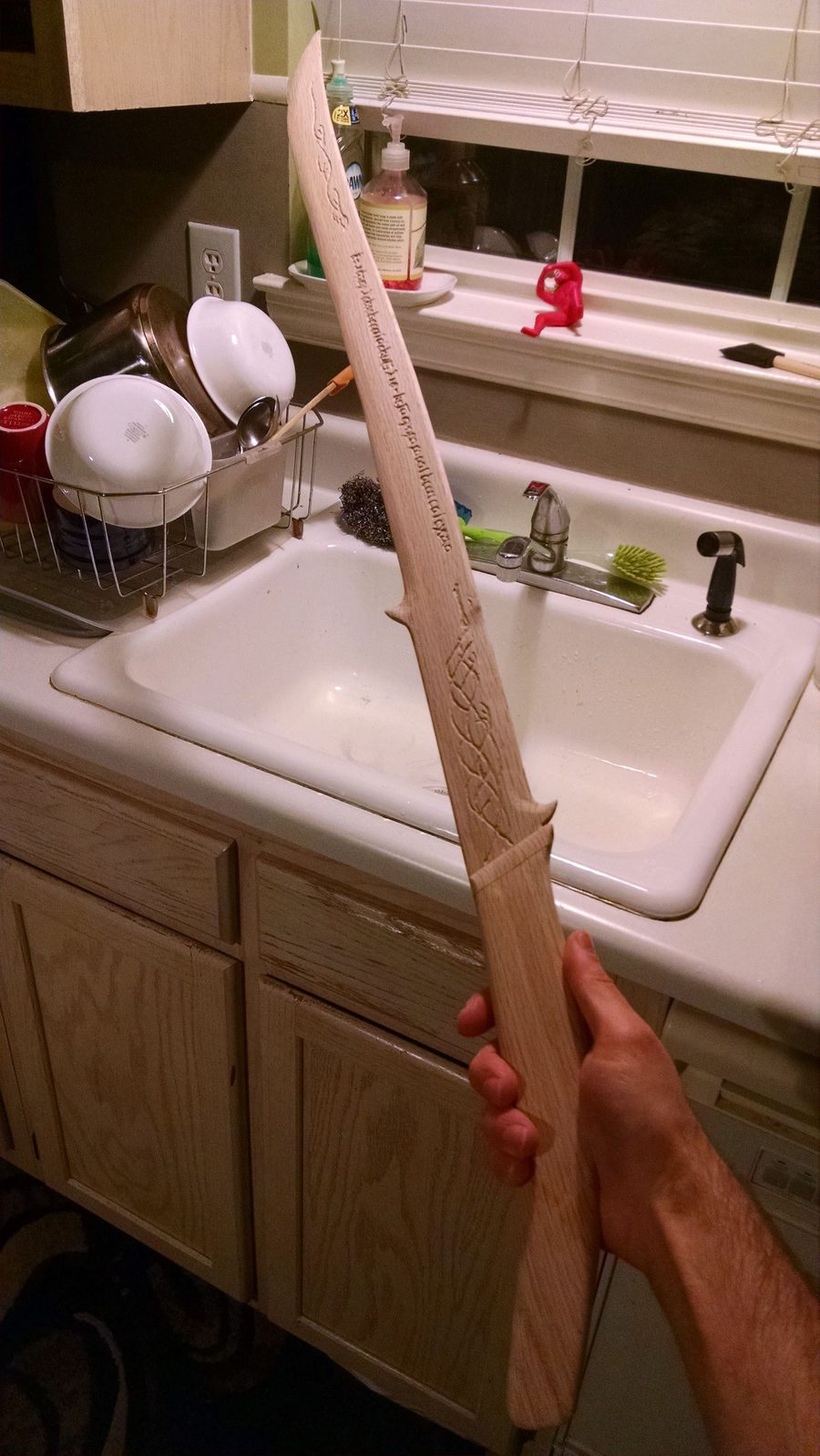 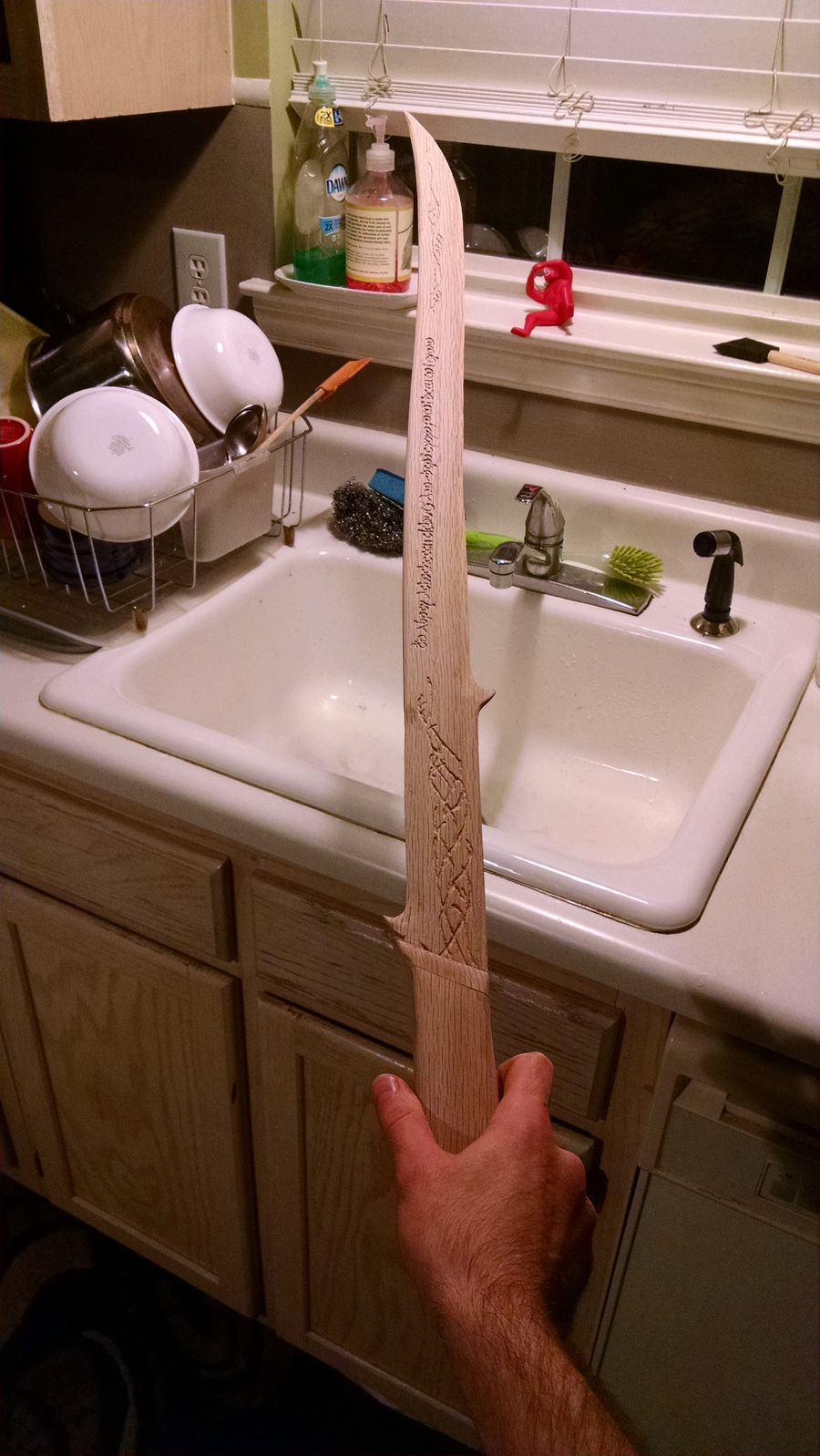 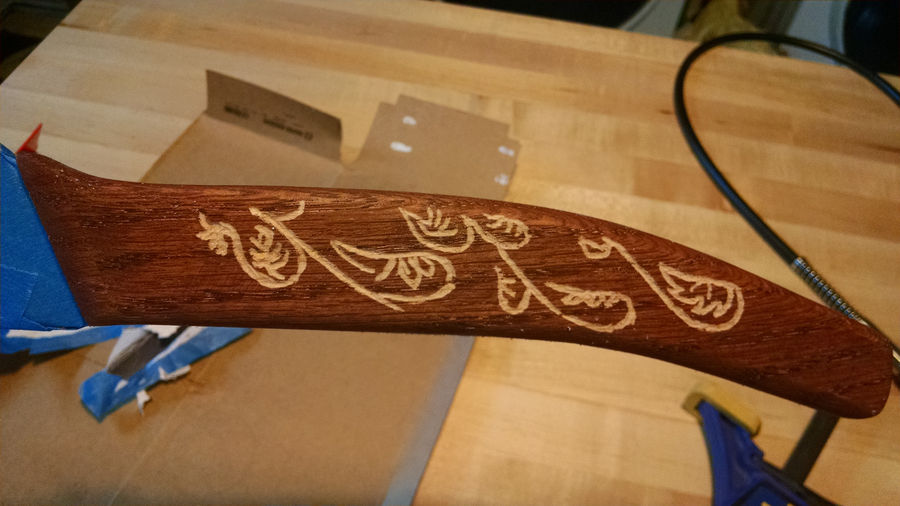 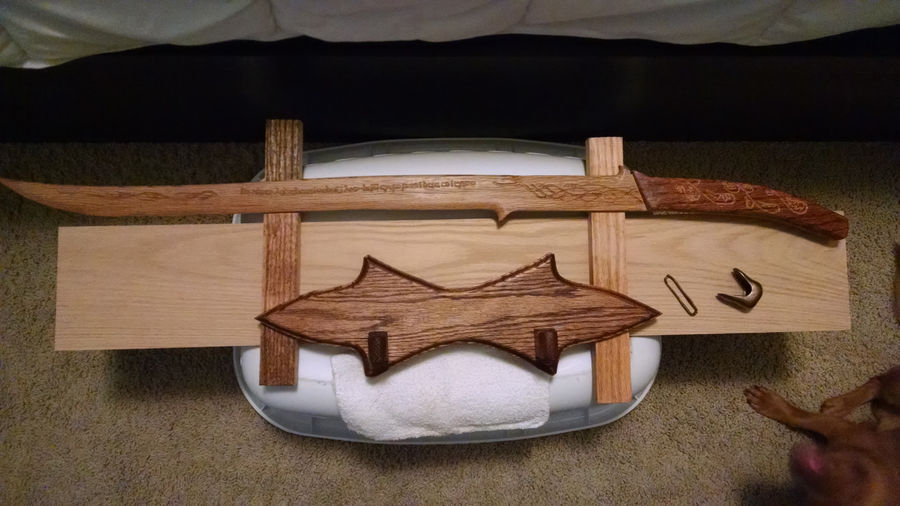 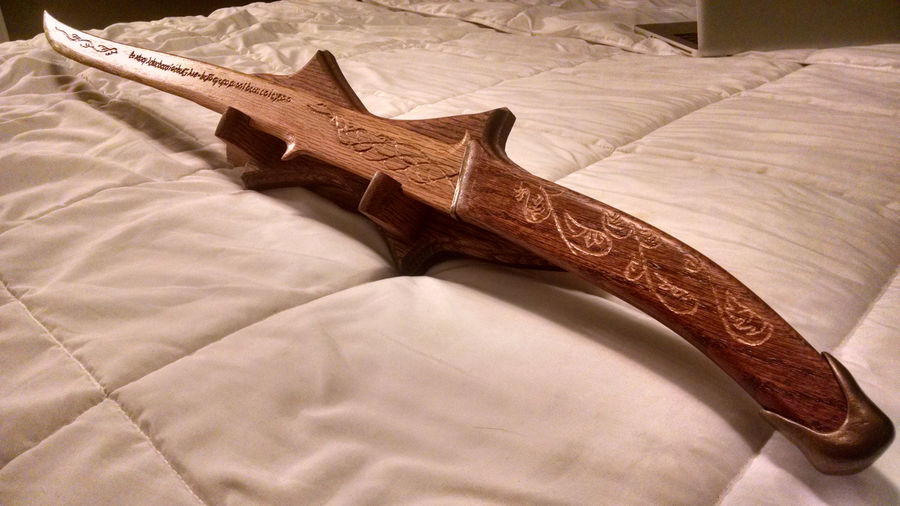 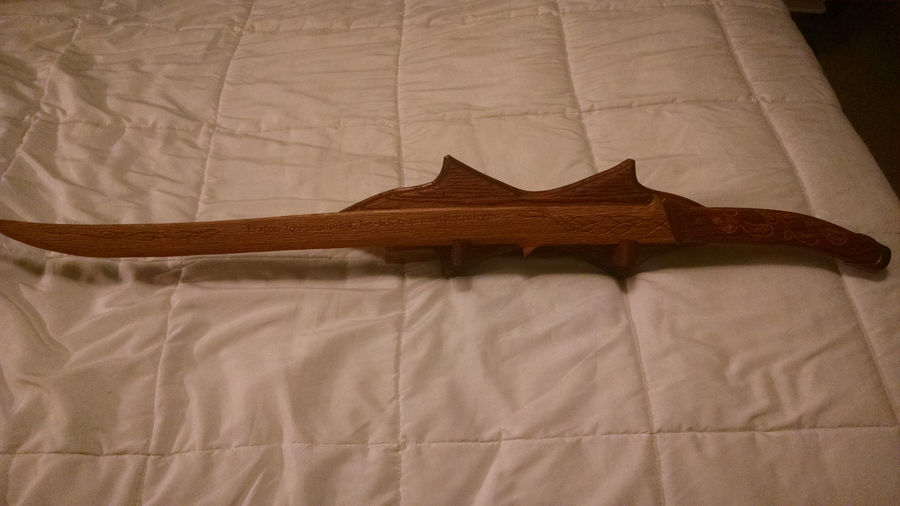 Very nice! The runes must have been quite tricky to do.

Thank you! Honestly the whole thing was tricky to do with what I had available. But every time it looked a little more like the end goal it pushed me further.

Very nice! The runes must have been quite tricky to do.