These are a couple of end grain trays I made from mostly scrap wood. The herringbone patterned one was made entirely from pine scraps of 21mmx42mm stock cut up into pieces and then glued together in the herringbone configuration. The other one was made from all different sorts of scrap dimensions and species. It was like a puzzle getting it all to fit together but the result is unique. Both were finished using shellac, but the herringbone patterned tray only received 1 coat of shellac, followed with many coats of polyurethane to seal the end grain and build up enough material so I could sand it smooth. The other tray received several coats of shellac only 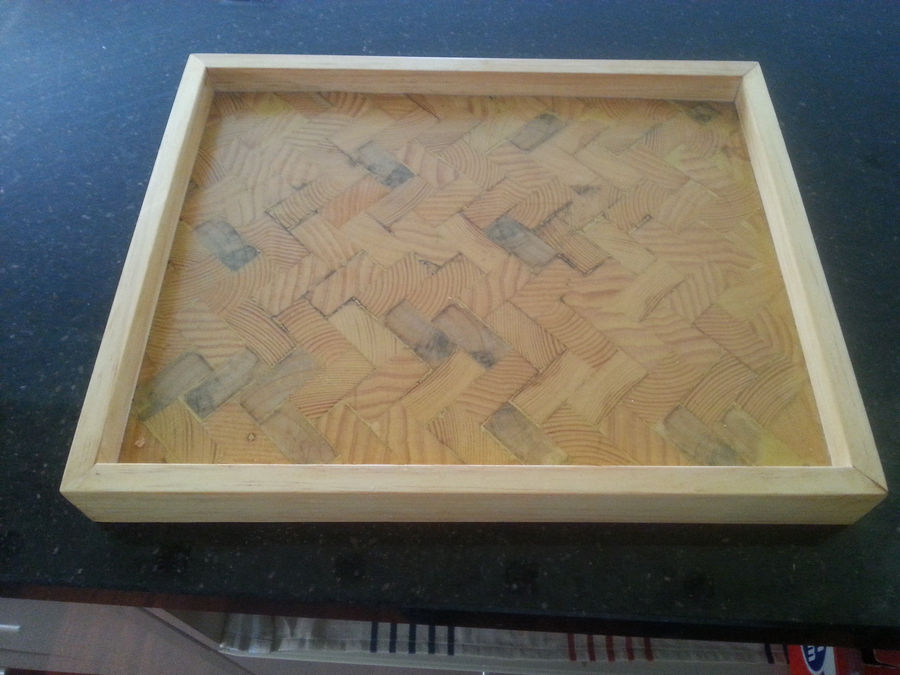 To generate the herringbone pattern I first needed equal sized bricks so I stuck with the 21mmx42mm cross section for which I had a fair bit of scrap. I also included some scrap Tasmanian Oak, these are the pieces that have stained slightly darker. I found that the glue reacts with tannins in some species, including Tasmanian Oak and Spotted Gum. 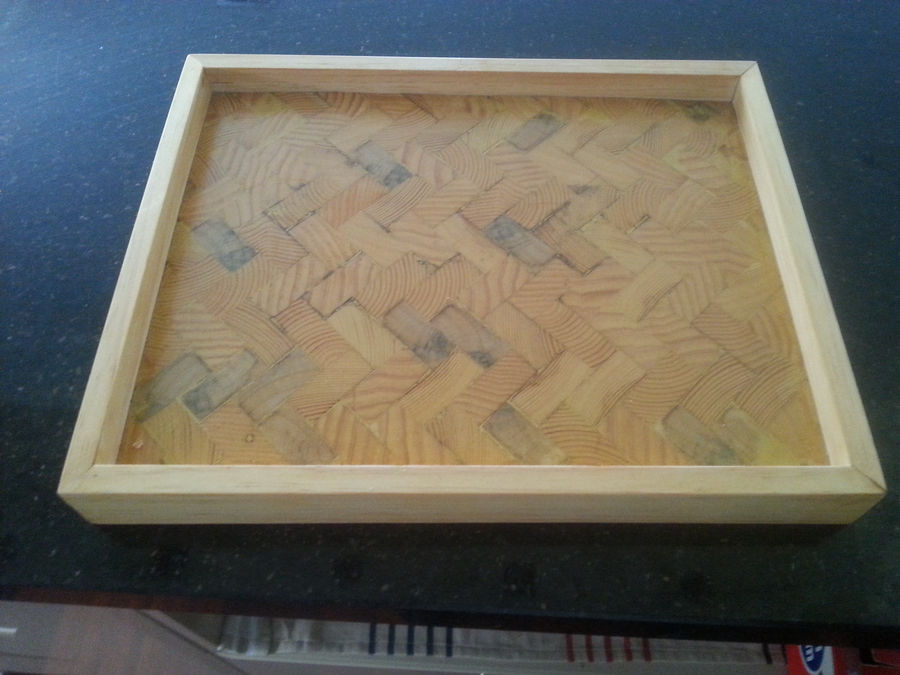 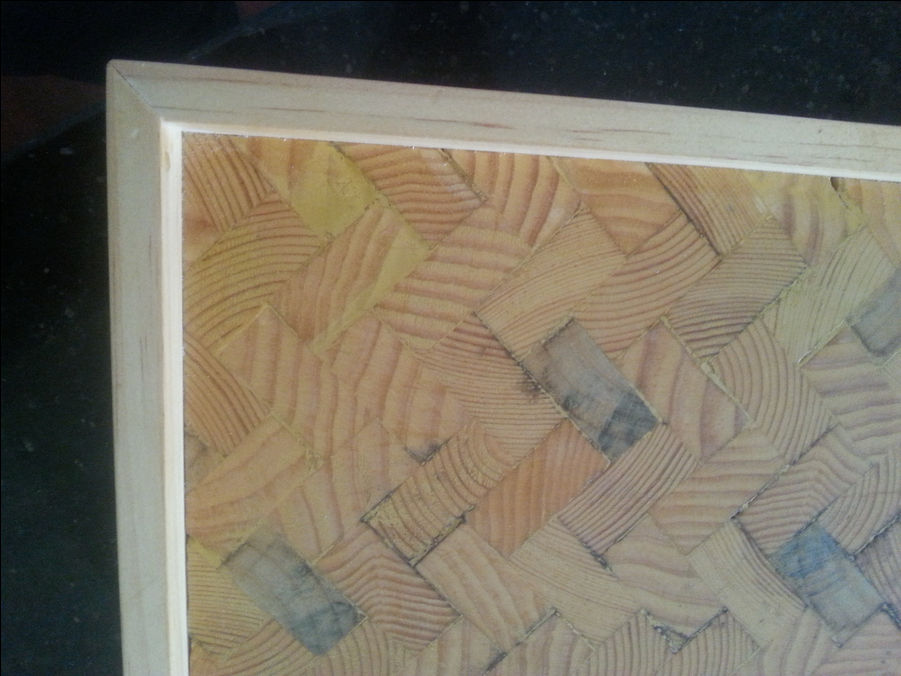 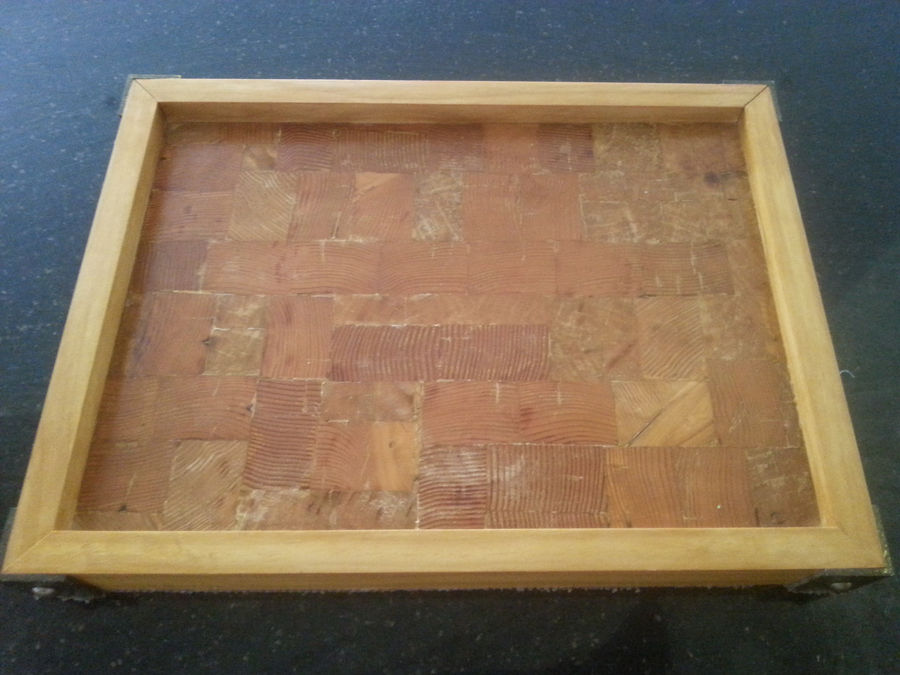 Chaotic end grain pattern that was an absolute nightmare to put together. It was like trying to solve a puzzle with no defined goal. 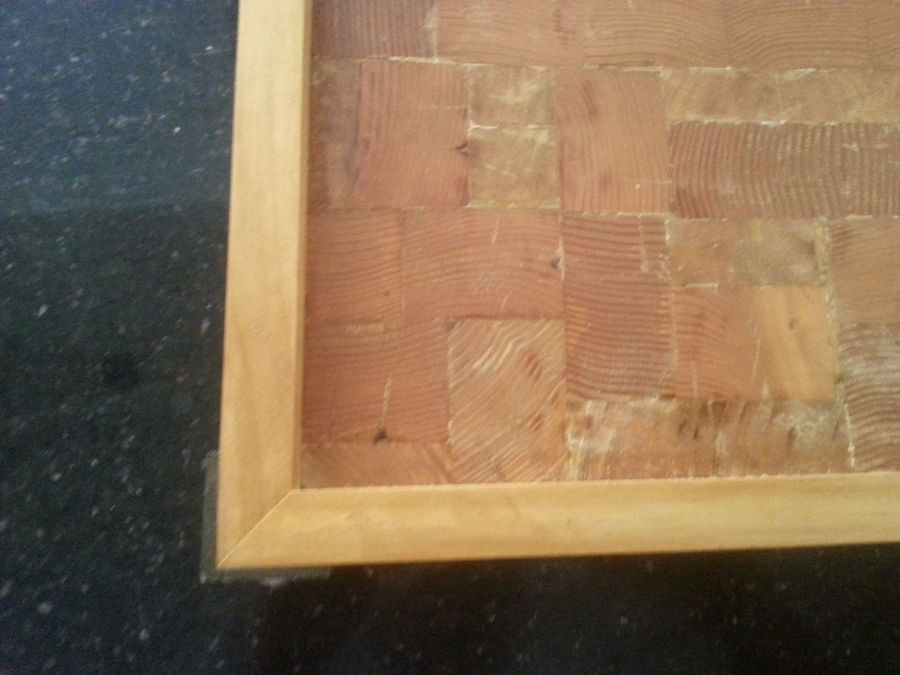 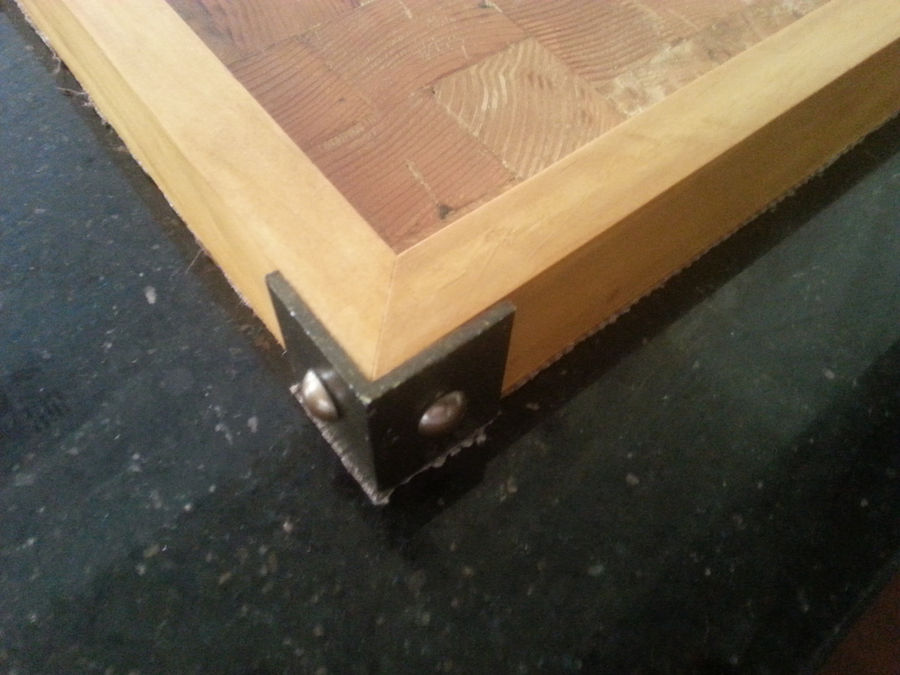 Close-up on corner reinforcement. These are made of aluminium and patina-ed with paint and shellac. They are secured in with brass studs.