Reddit has a contest running now around Matt Kenney's "52 Boxes in 52 Weeks" blog series. I really liked number 31 (I liked them all, but this one jumped out at me first). I liked the shape and proportions. It's been a while since I posted anything for a contest, so I thought I'd give it a whirl. I made a couple of bone-headed mistakes, but I like it overall. I used hickory and sapelle, I like the contrast of the heartwood and sapwood flowing around the box. 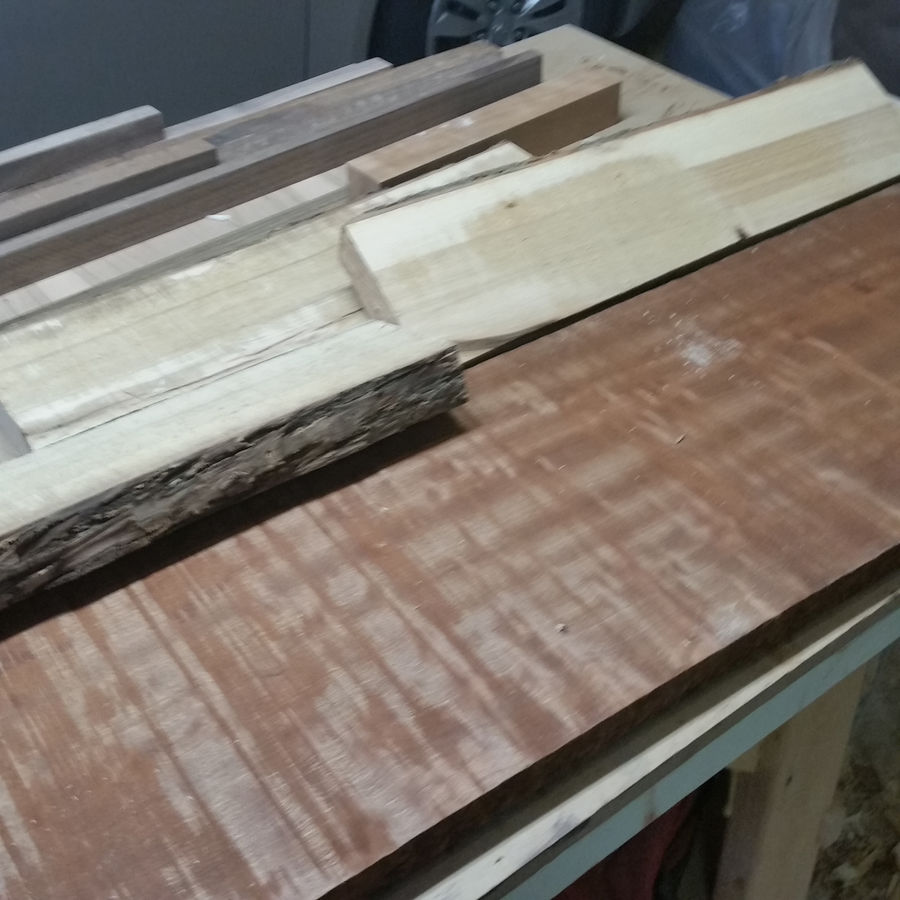 I've had a couple of pieces of hickory for a while and they needed home, as well as a nice piece of sapele that had some pommele figuring to it. I thought they'd make a good combination. 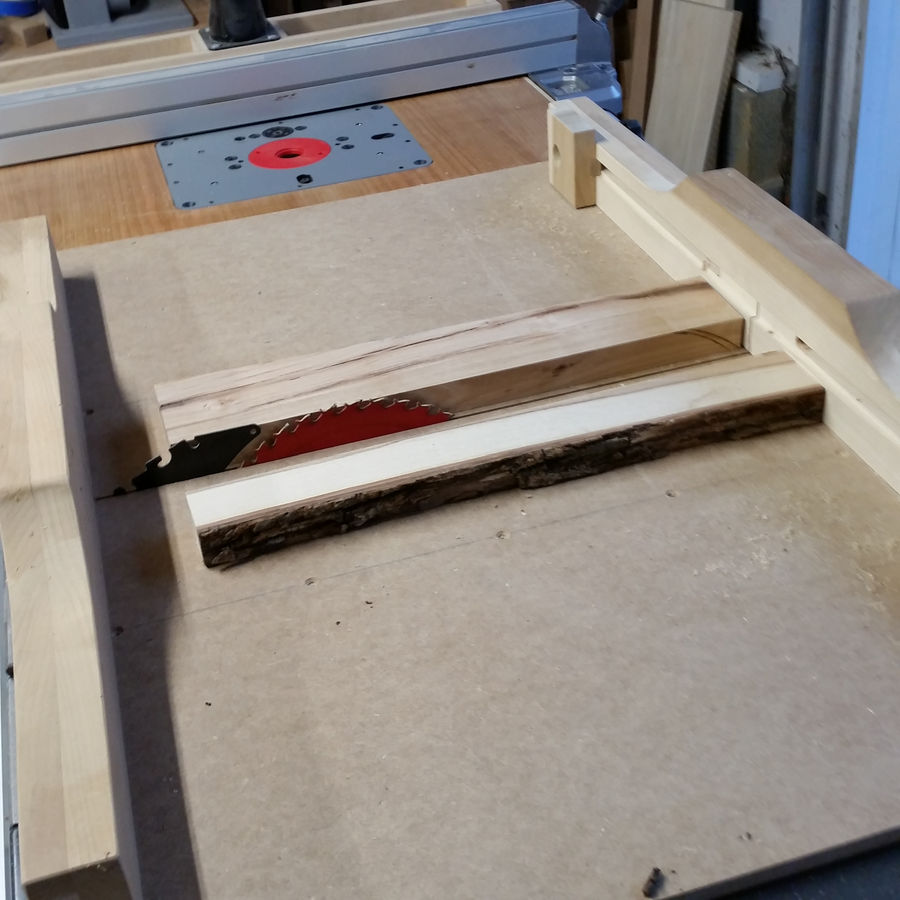 Cutting the hickory into a blank for the sides. 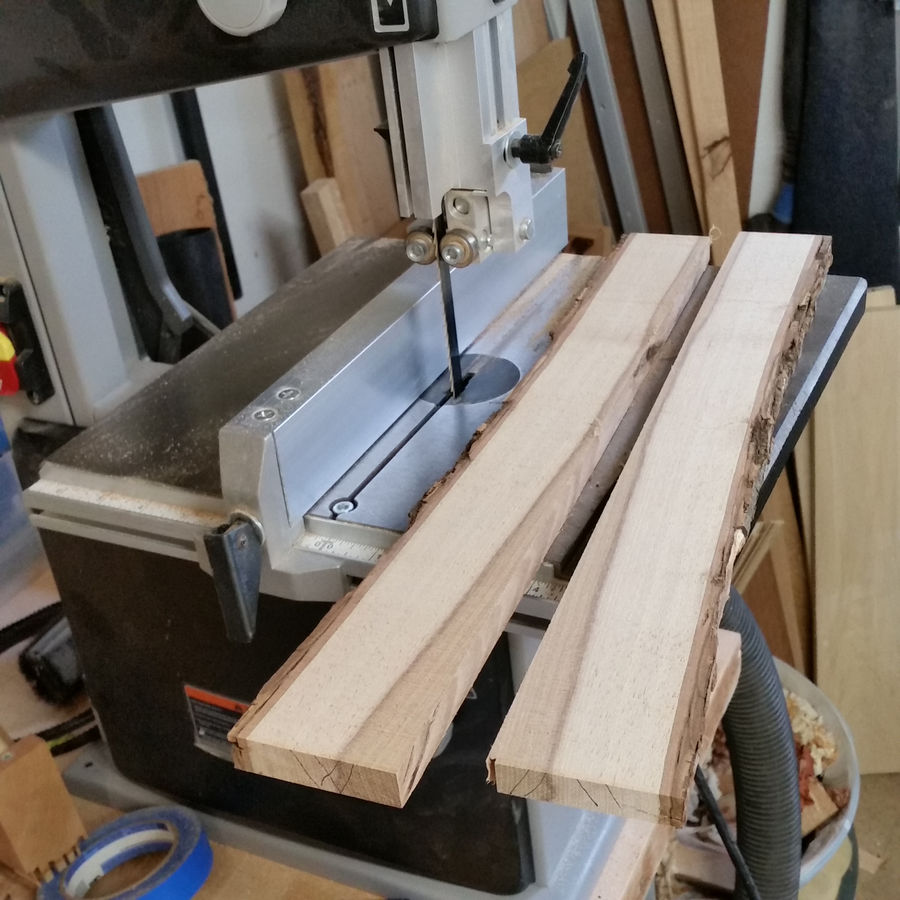 My little Craftsman bandsaw did fine with the hickory. You can see the marks I made on the ends of the boards, so I could keep them oriented correctly. My first mistake was leaving the sides too thick. I should have taken them down to 1/4", they were closer to 3/8". 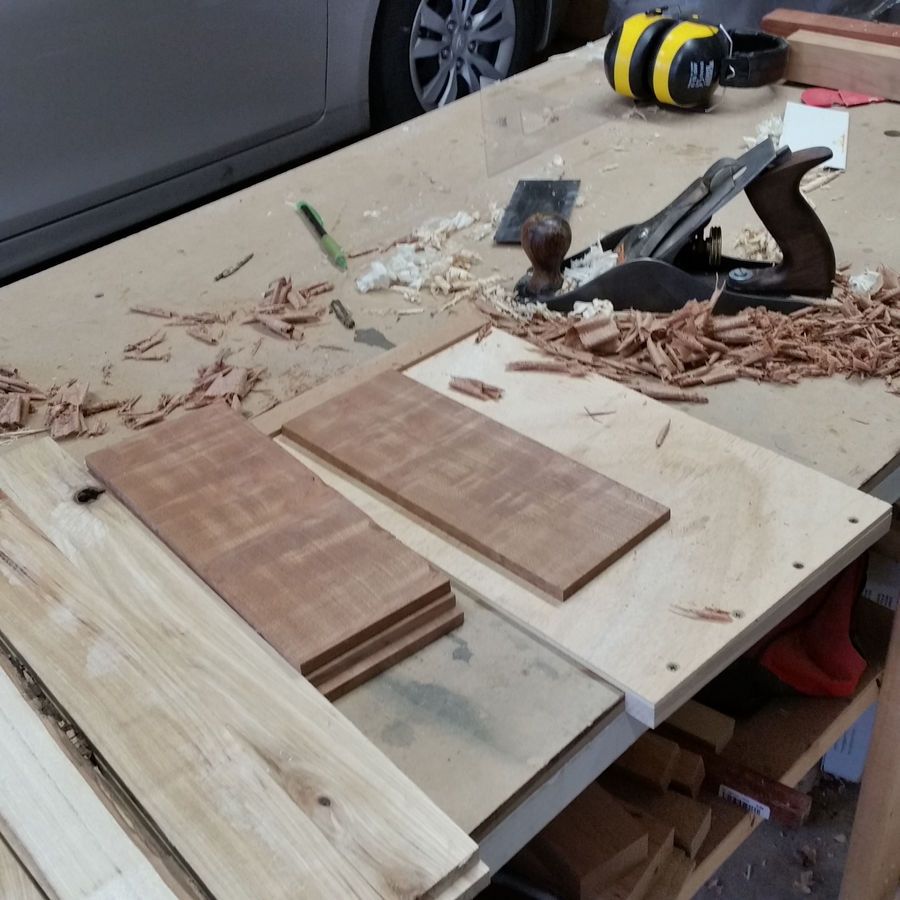 I resawed the sapele for the top, then cleaned it up. 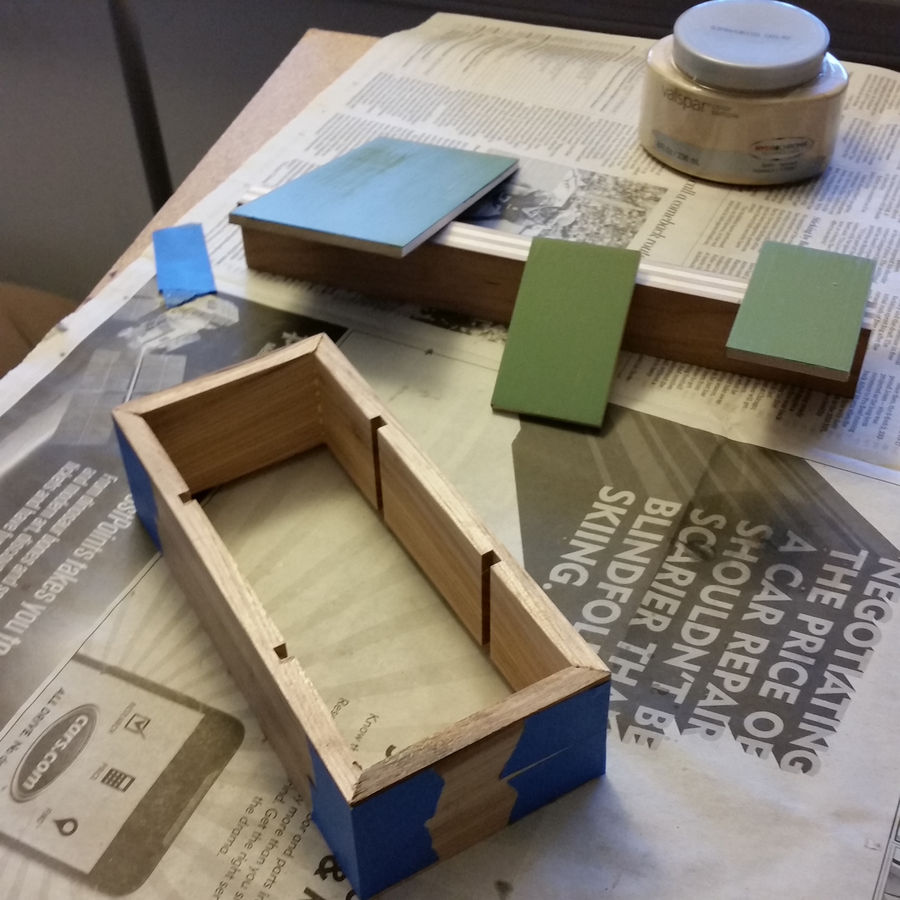 Here are two of my screw ups. When I set up for the dado routs for the dividers, I forgot to take the length of the miter into account, so the outer compartments are too small. Also, for some reason, I got it in my head that this had a painted bottom. I didn't realize it until after I had glued it in. I didn't use milk paint, but I got some sample sizes of a few colors that I thought looked good. I used plywood for the dividers and bottom. 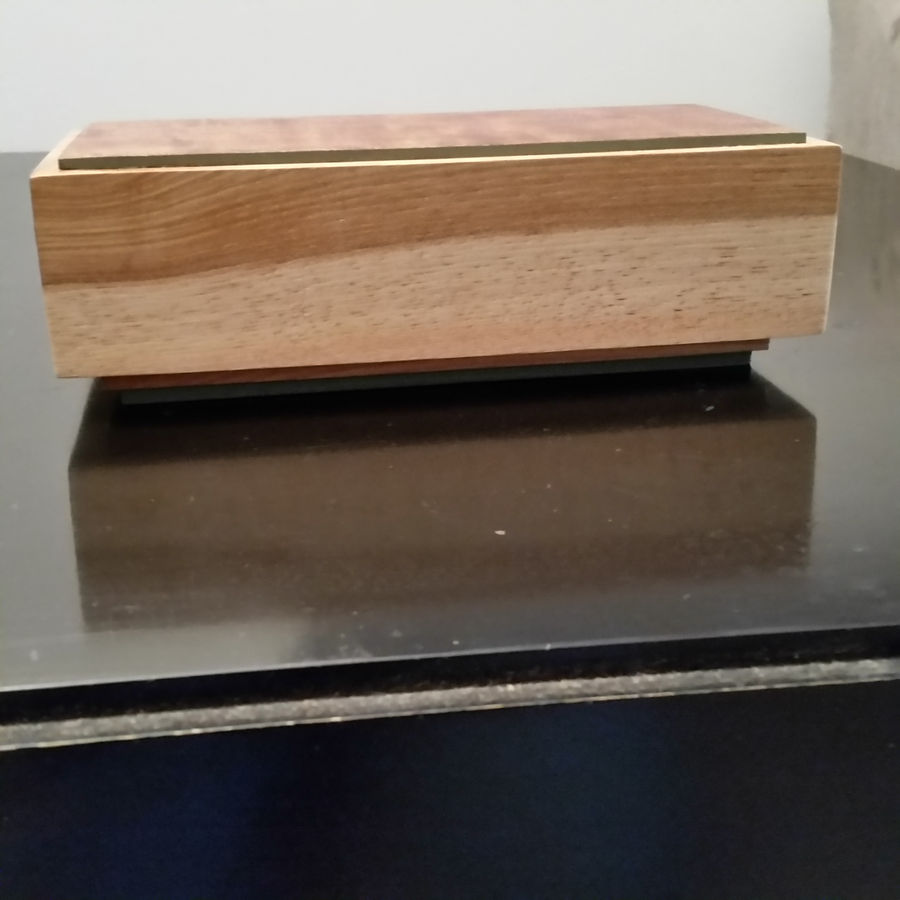 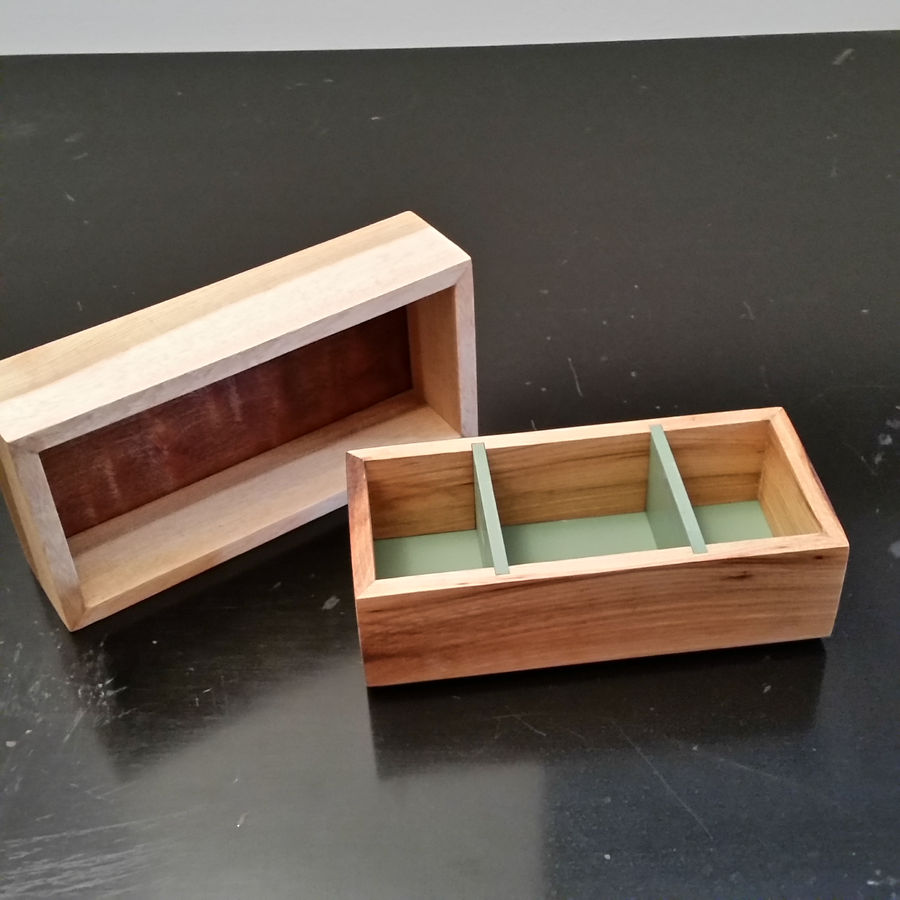 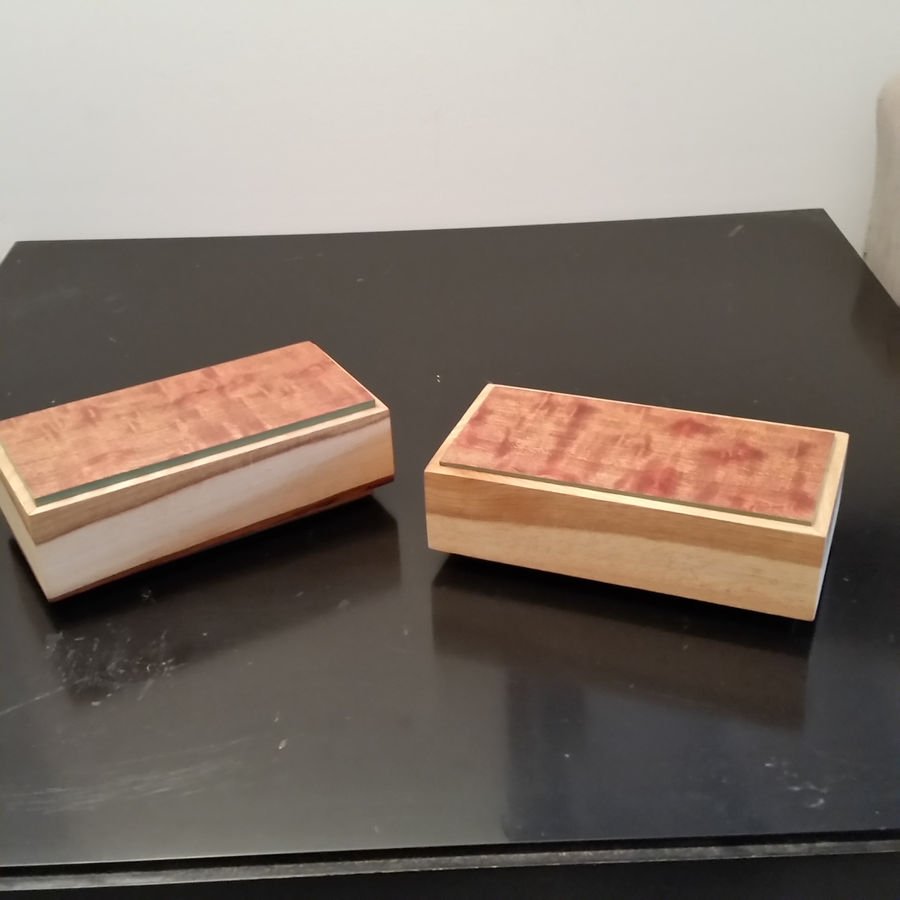 Since I was making one, I thought I might as well make two of them. For the bonus box, I left the live edge on it. 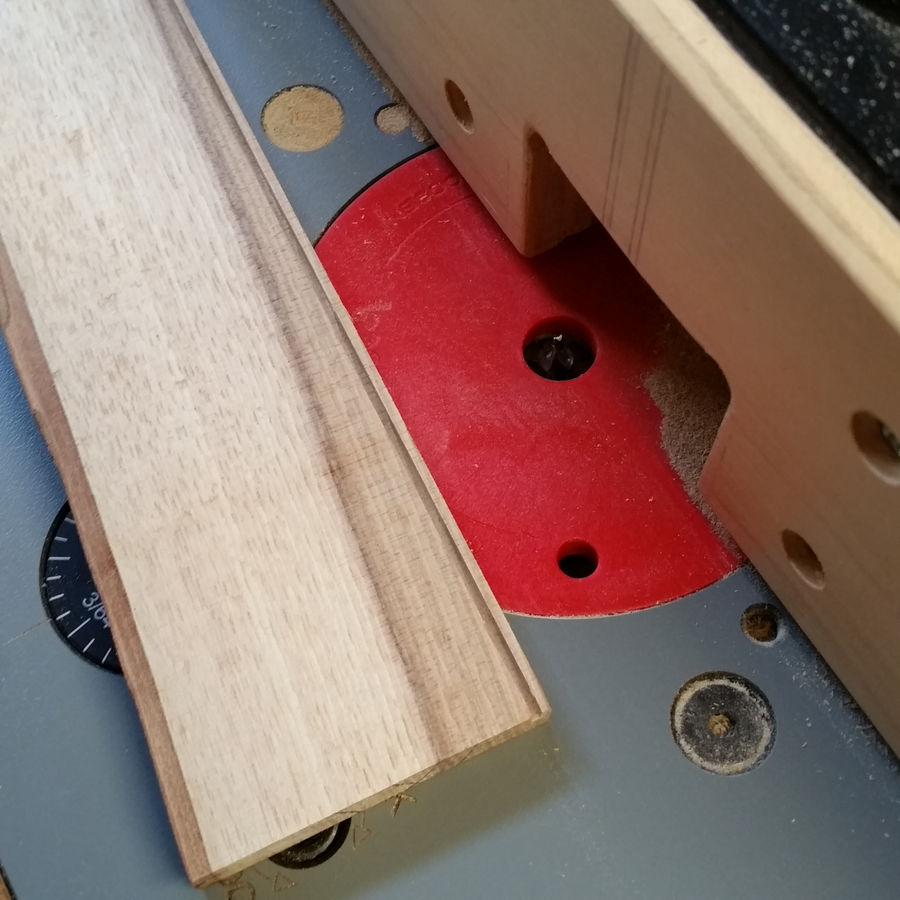 I used a floating top on both boxes. A 1/16" router bit sure is small. 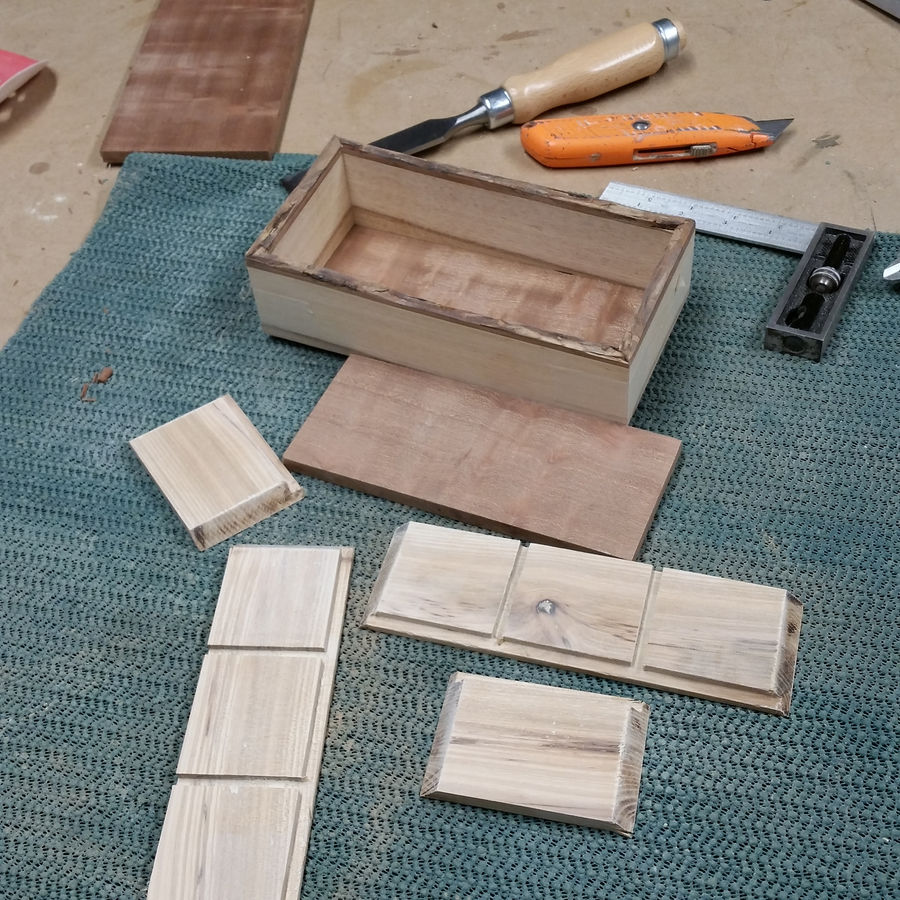 Getting ready to glue up the inner box. 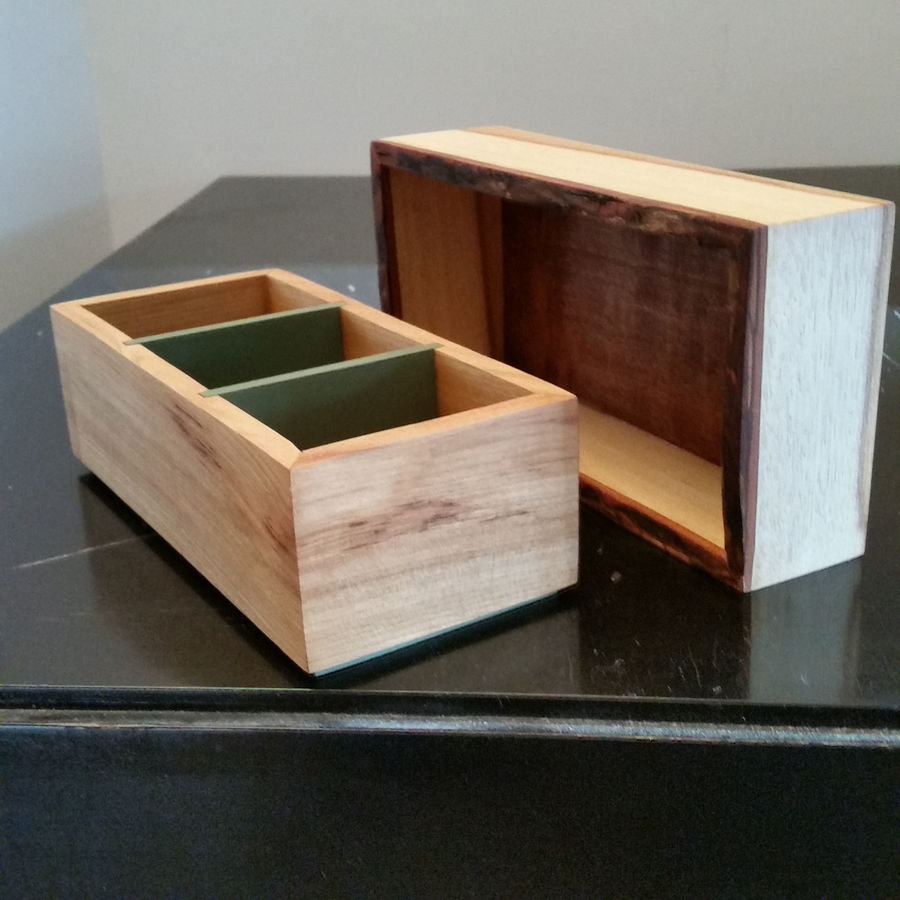 Look, even spaces and no paint on the bottom. I may be slow, but I eventually catch on. Well, most of the time. 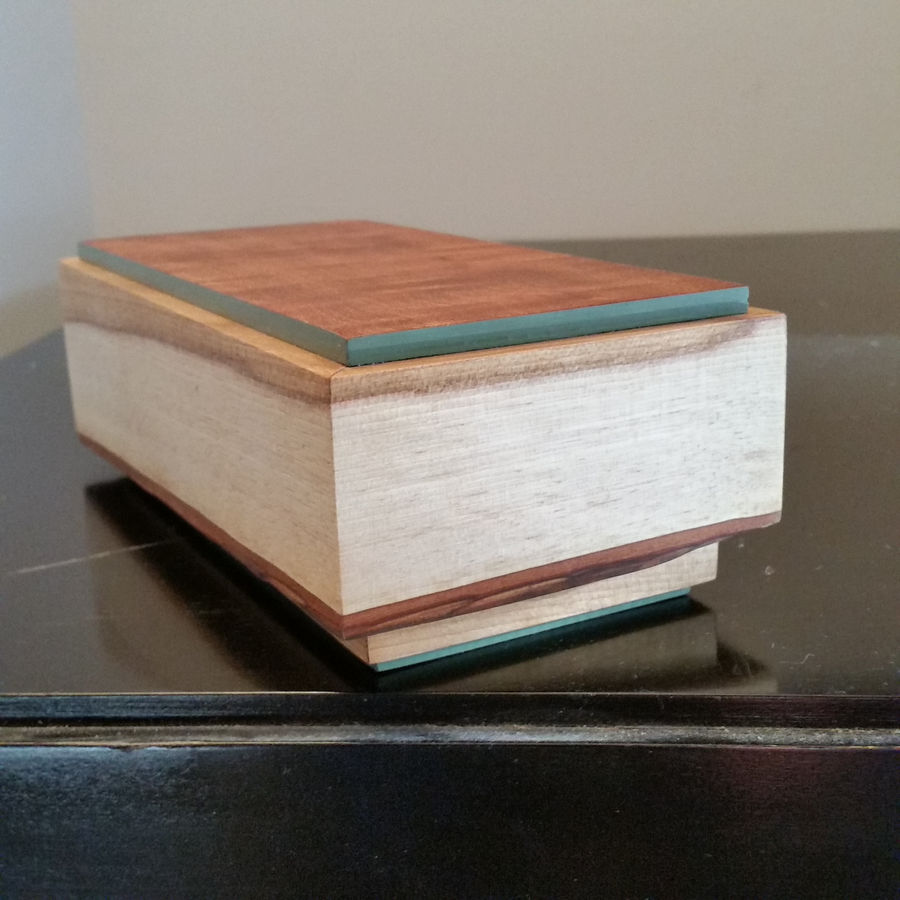 I like the live edge, but I think I like the square edge better for this box. It's so small, that it's hard to tell that that's what it is. It just kind of looks like the bottom of the box is crooked. 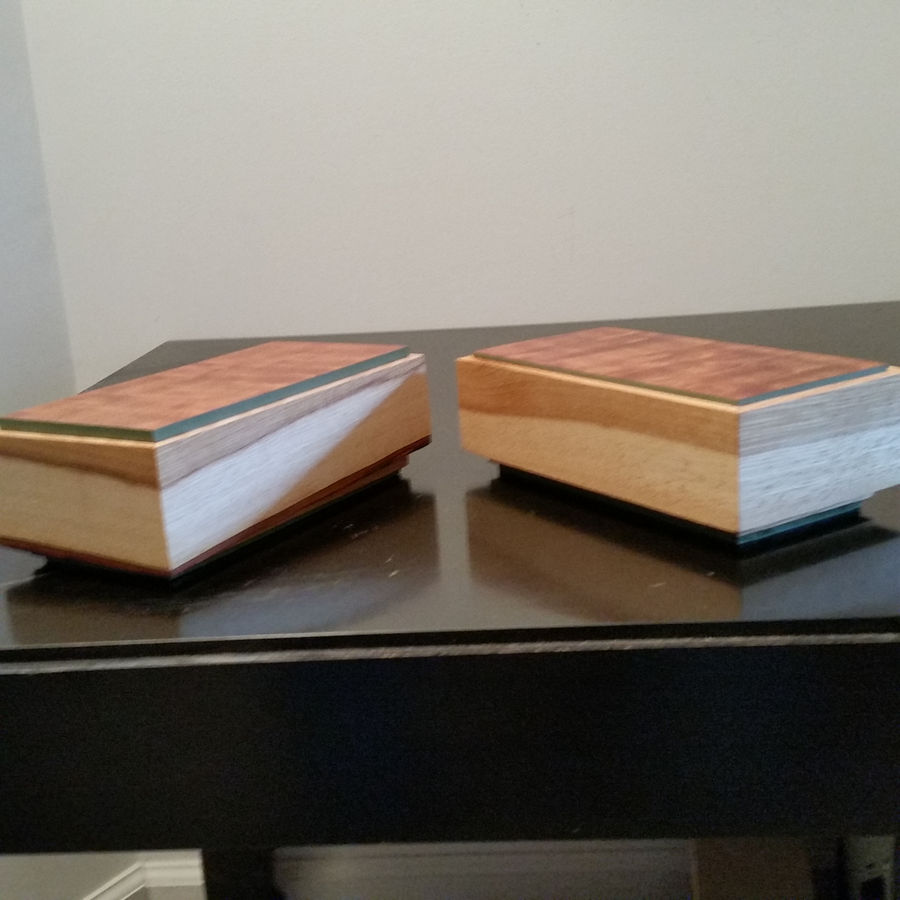 Number 31 plus a bonus. I had fun doing these. I really like the box series that Matt Kenney did. I'l probably make at least a couple of more. I hope you like them, thanks for looking.