I followed Matt Kenney's 52 box project, and had been toying with making one myself based on his design.  At some point I plan to make one of the larger boxes like #45 or #51, but I have other projects going on, so for the contest I have built Box 1, which is the same as 2, 7, and 8.  Just like the variations between those boxes, I used a different wood species and paint color, going with cumaru, and General Finishes Halcyon Blue for the lid.  In hindsight, the cumaru was difficult for such a small piece because of the interlocking grain, and I had problems with chipping on the miters, but I like the finished aesthetic.  The handle is ipe for some contrast, the lid is hard maple, and the bottom of the box is ash.  I initially used maple for the top because I was thinking of building box 10 which has an unpainted lid, but after getting it sized and applying some oil, I didn't love how it looked with the cumaru, so decided to paint it and do one of the other boxes as discussed above.  Looking at these pictures, I think I got my ratios off slightly, as my box looks a little taller than Matt's.  I was surprised when I started this to discover just how small his design is.  Below are a few more pictures of the finished box, and some in progress shots. 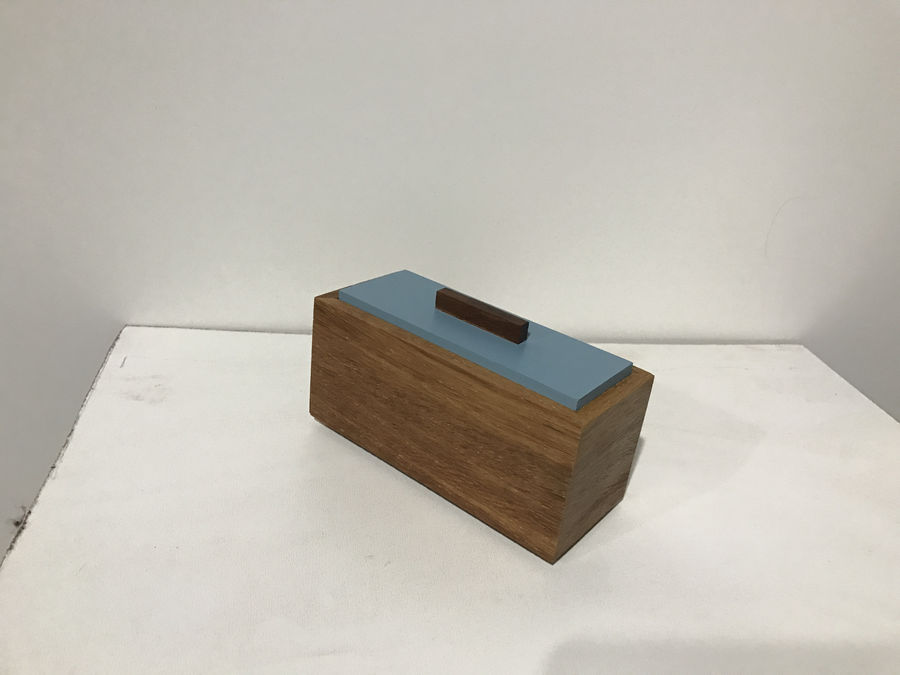 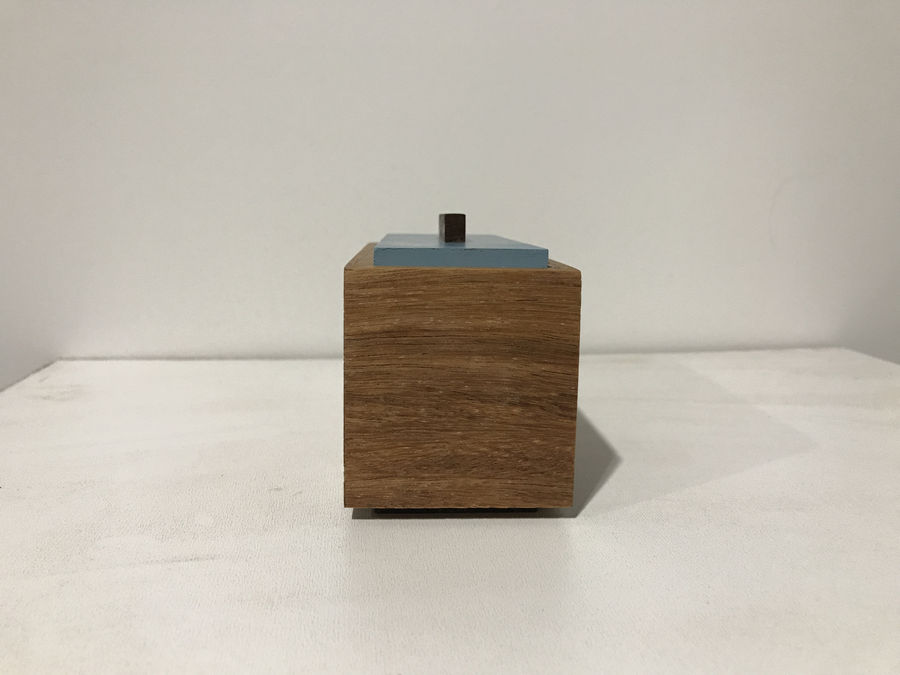 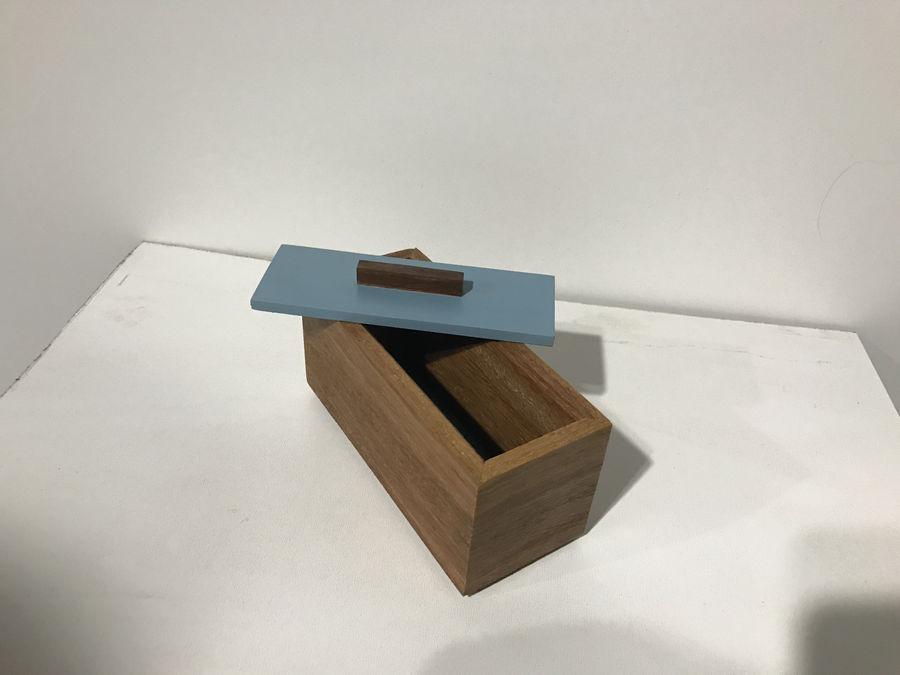 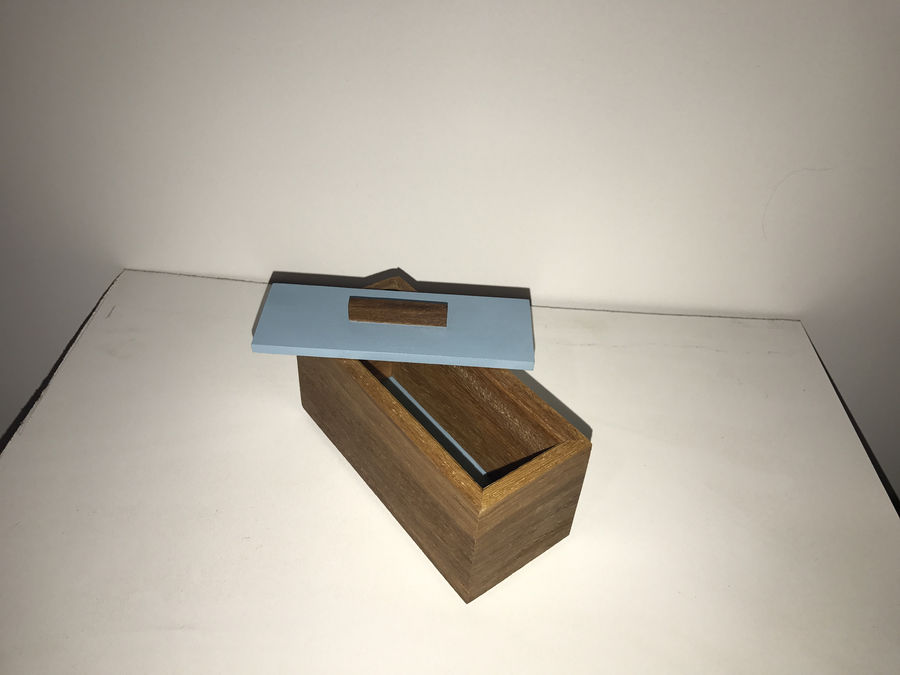 Took one with the flash because the bottom of the box wasn't showing up - milk painted the same as the lid. 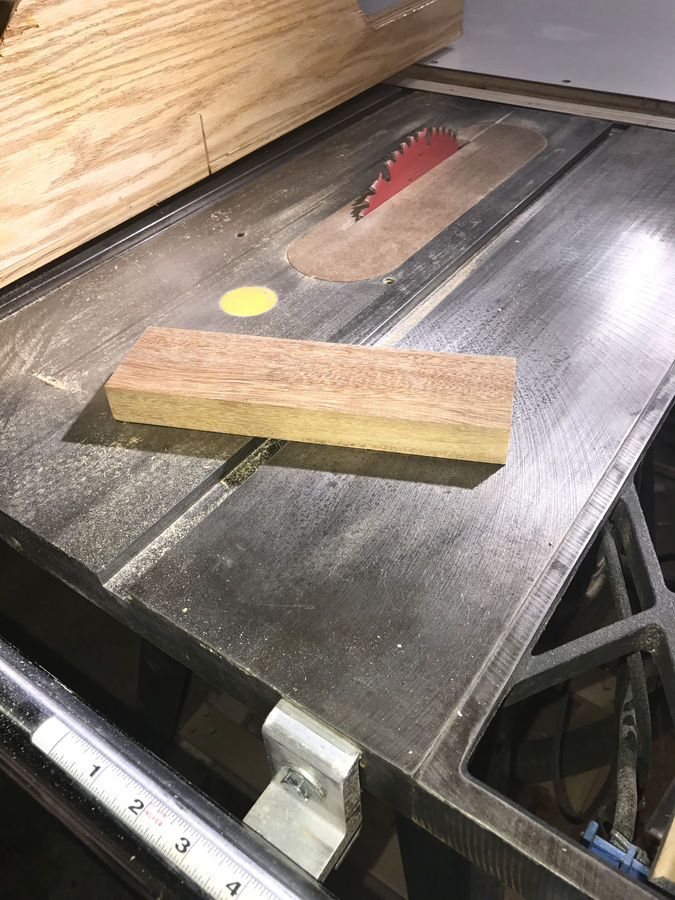 Started with 5/4 cumaru about 8 inches long. 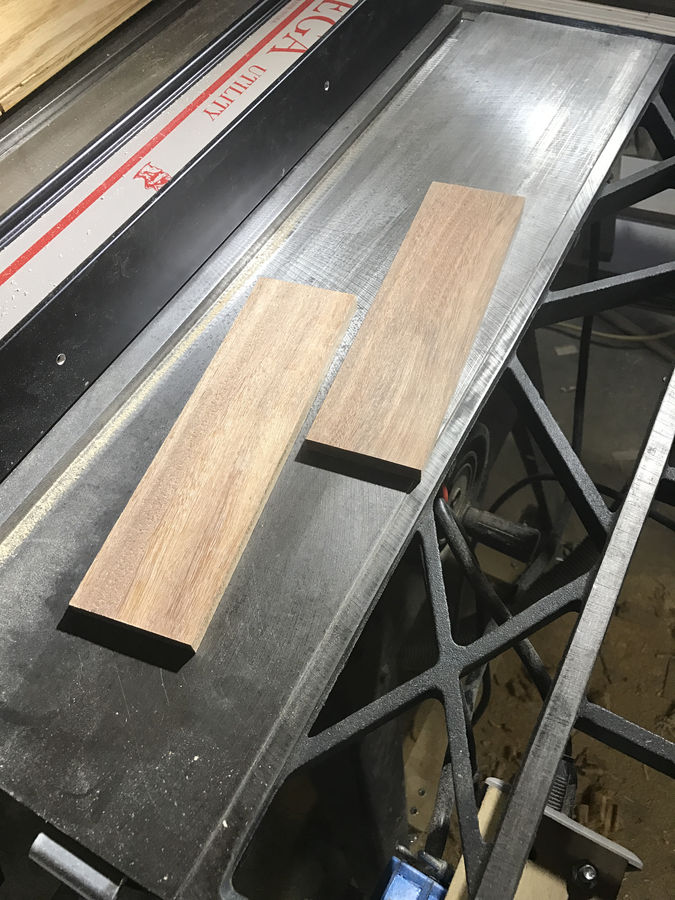 Resawed, planed to thickness, and then roughed the miters on the table saw. 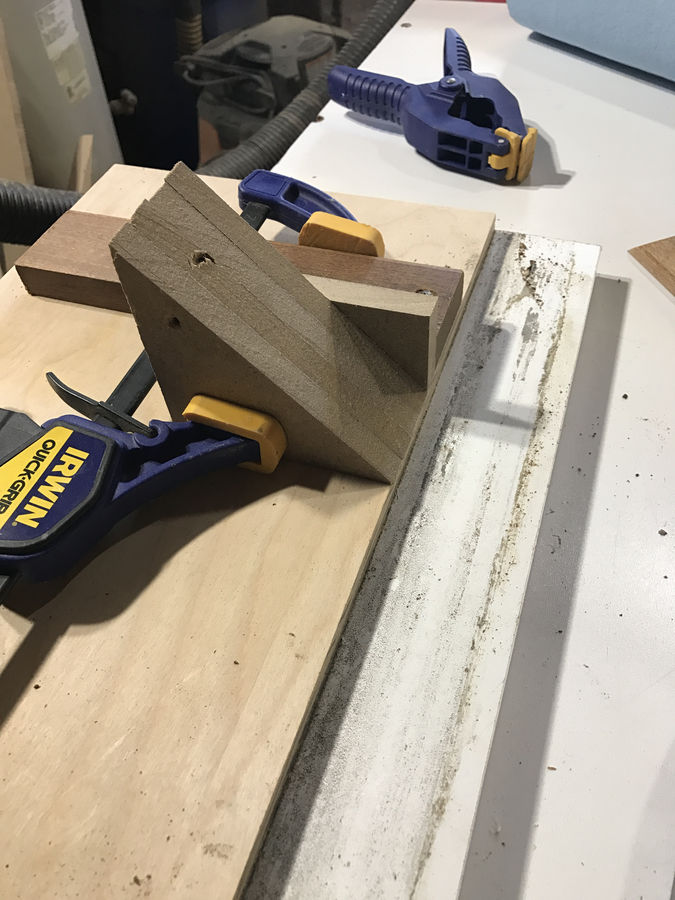 Fine tuned the miters with a jury-rigged 45 degree ramp on a shooting board. 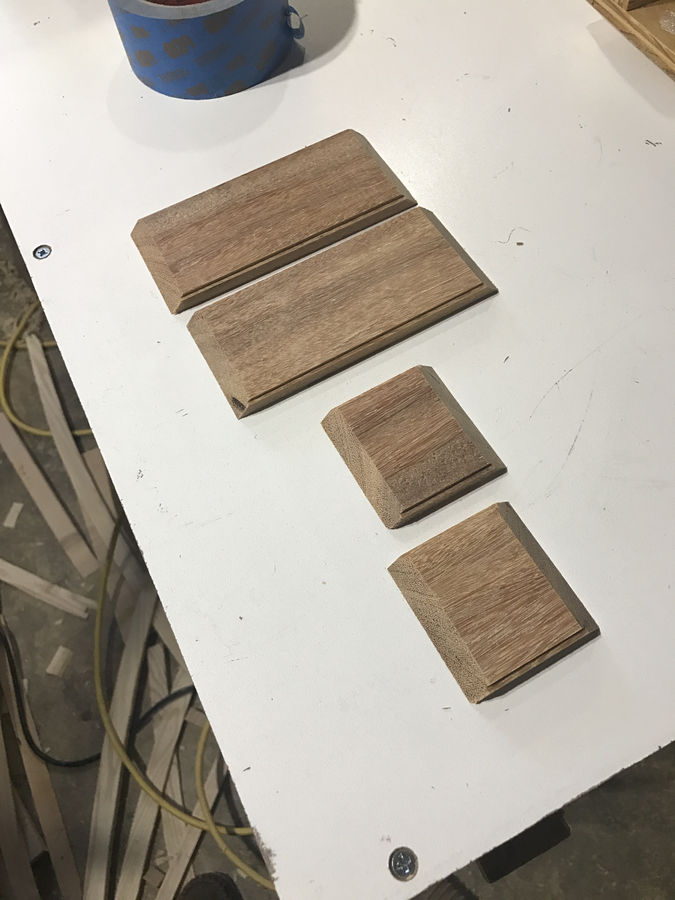 Rabbeted both edges of the box components on the table saw to accept the lid and bottom. 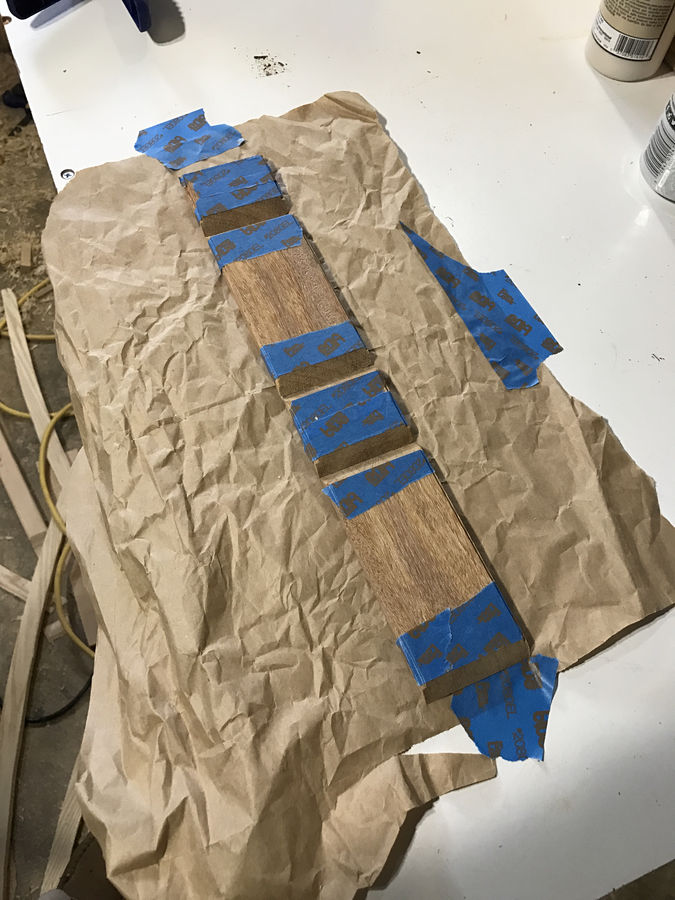 Tapped the insides since it would be difficult to remove excess glue once assembled. 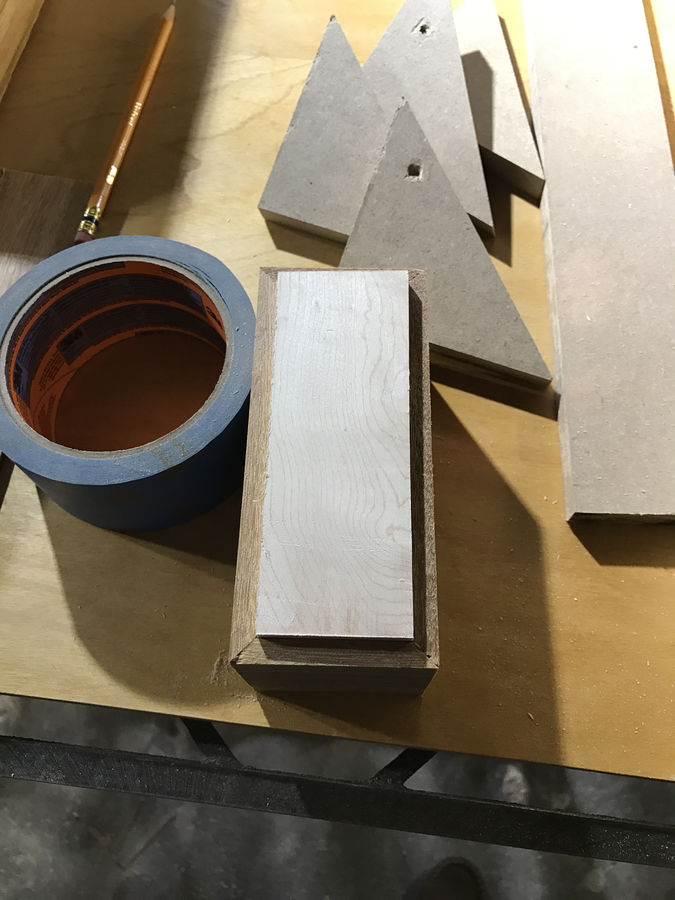 Test fit of the maple lid. 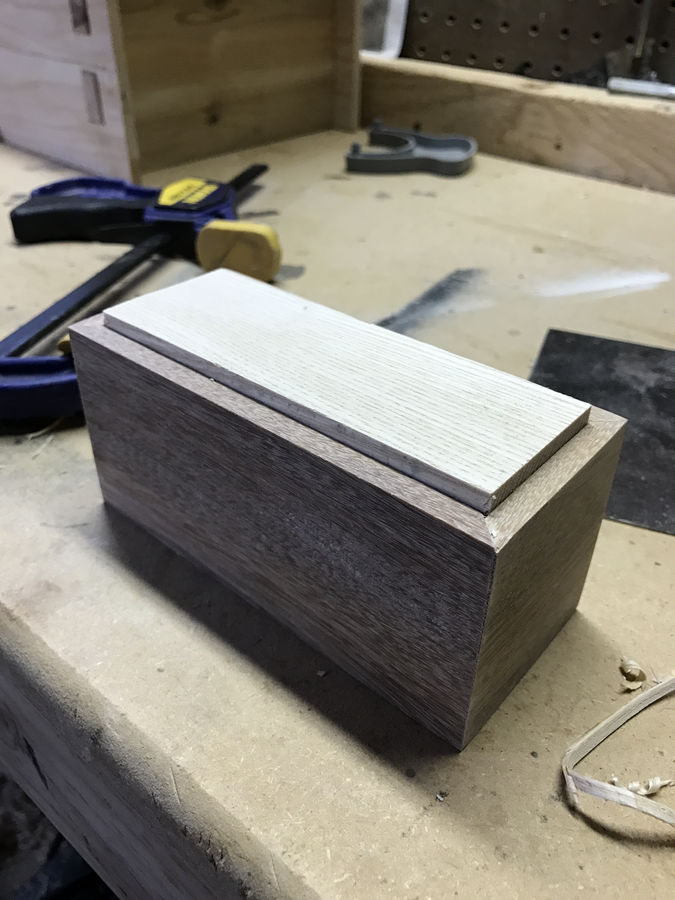 Bottom out of ash would be painted - dark brown on the edges, and the same blue milk paint on the faces. 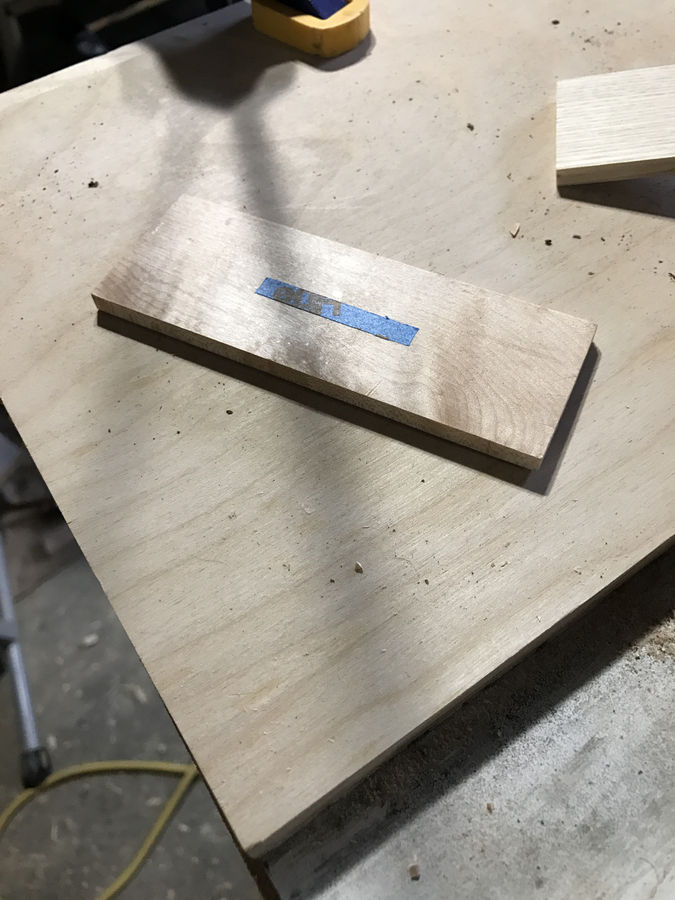 I know on some of his boxes, Matt attached the handle after painting, and used little brads and epoxy, but I decided to just trace the shape with an x-acto knife on some blue tape. 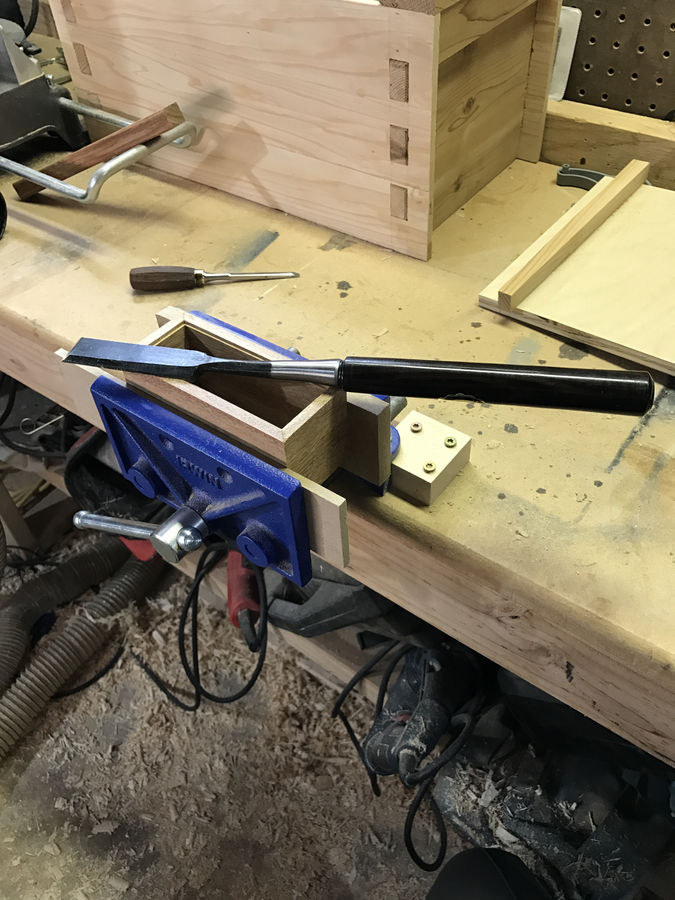 Cleaning up the rabbets and miters with a paring chisel. 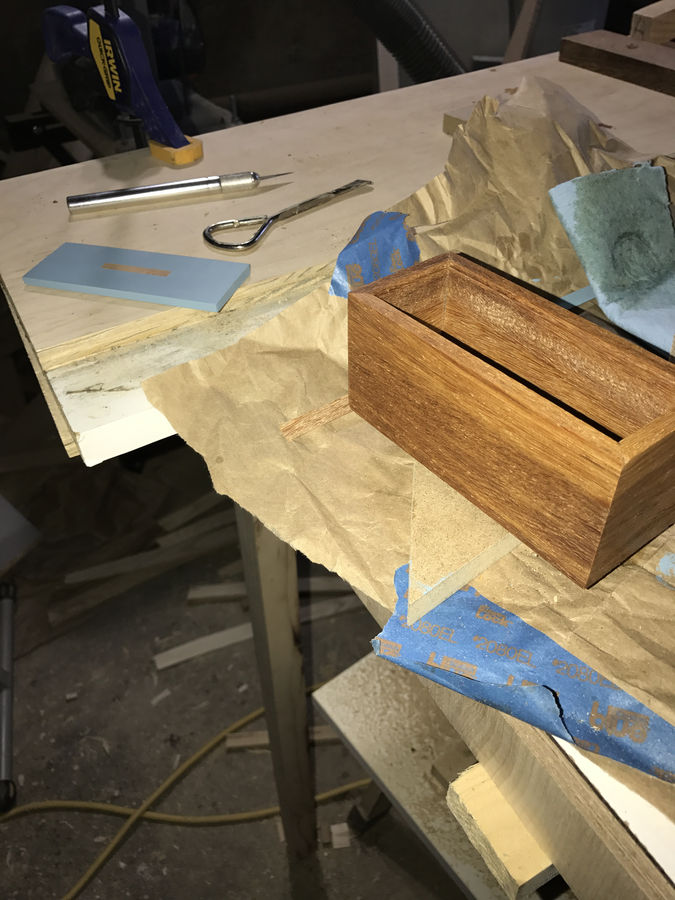 Wiped on Waterlox Original inside and out..