I work at a nursery that specializes in water gardens/water features. Last year we decommissioned a huge pond and a second small pond and built a disappearing stream in their place. My boss commissioned me to build a bridge to go over the stream. I didn't do the best job of documenting the project, but I think I took enough pics along the way to share. Also, this is my first project to share on here, so be kind if/when I screw something up. 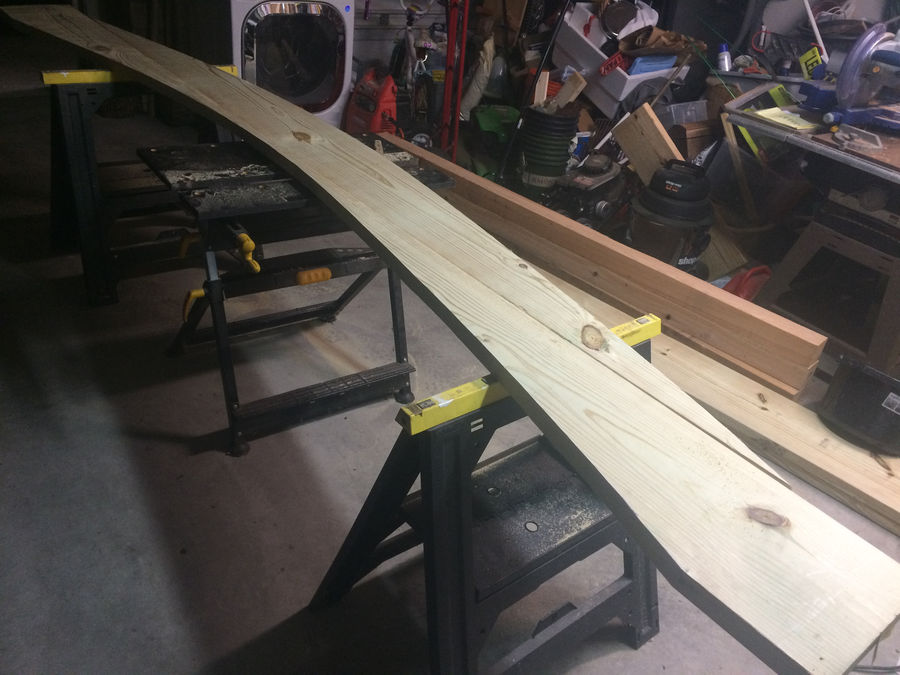 I wish I had taken more pics along the way, but I'll try to explain anything that doesn't have a picture. So, I started with 3 pressure treated 2x12's 16 feet long. Because of the height of the sides of the stream, I needed more clearance than a 2x12 would allow, so to get more clearance I cut the bottom arch out and fastened it to the top. I'm well aware that laminating the pieces together would have been better, but lacking a way to properly joint the mating surfaces, I went with lots of screws and 2x4's screwed to the inside for added support. 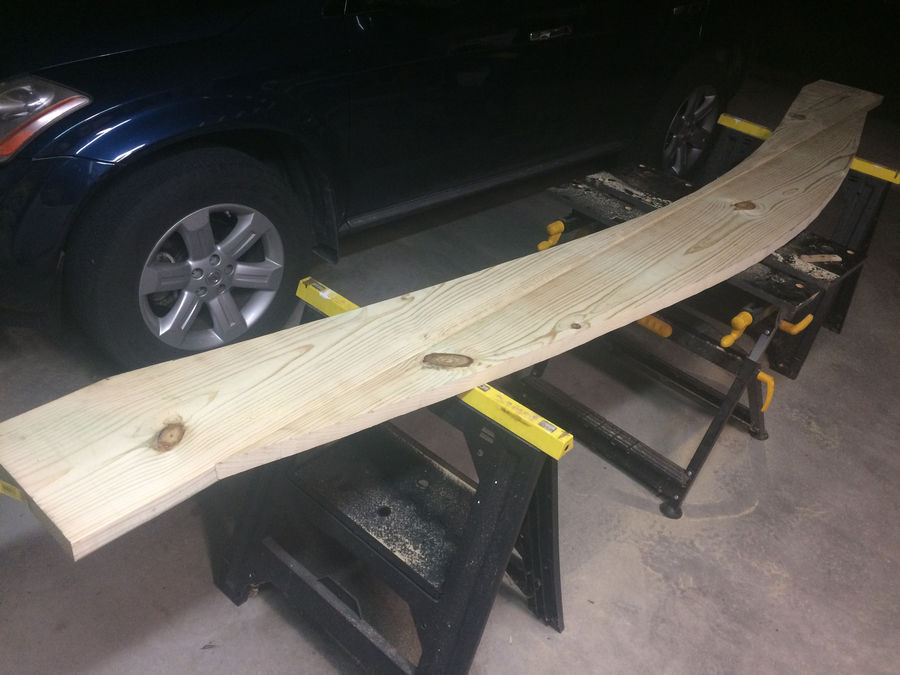 Just another angle of the same thing. I'll expand on how I drew the arches a little further down. 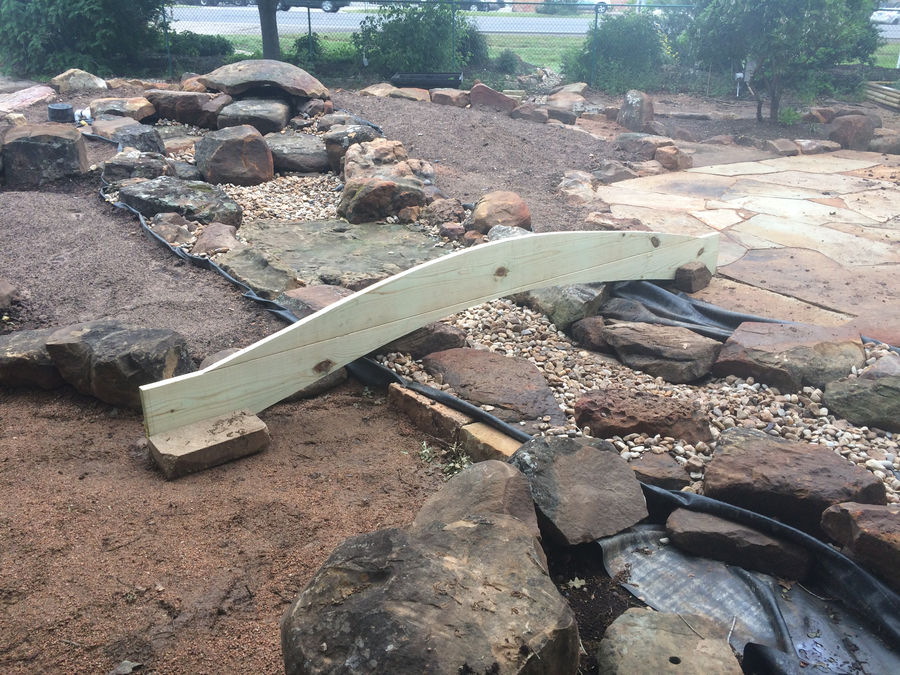 Dry fit with one of the runners before I cut all three. Here I was planning on using steps to keep as much wood intact as I could for structural integrity, but decided to make it somewhat ADA compliant and have a smooth transition from ground to bridge. Also thought the top looked kinda clunky, so I narrowed that a bit as well. 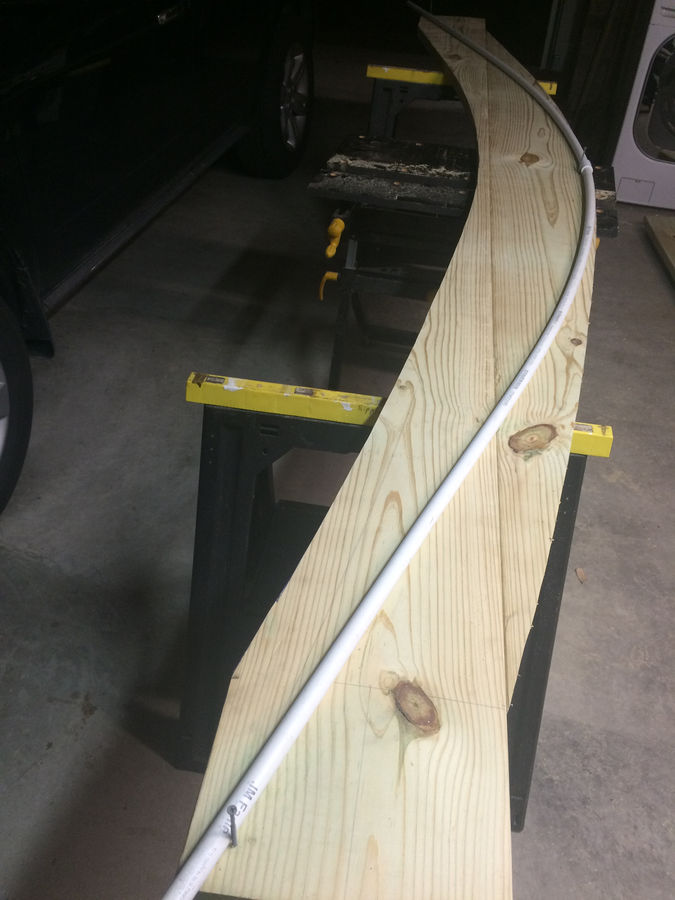 And here is how I drew my curves. Three screws and a stick of pvc. May not be perfect, but better than freehand. 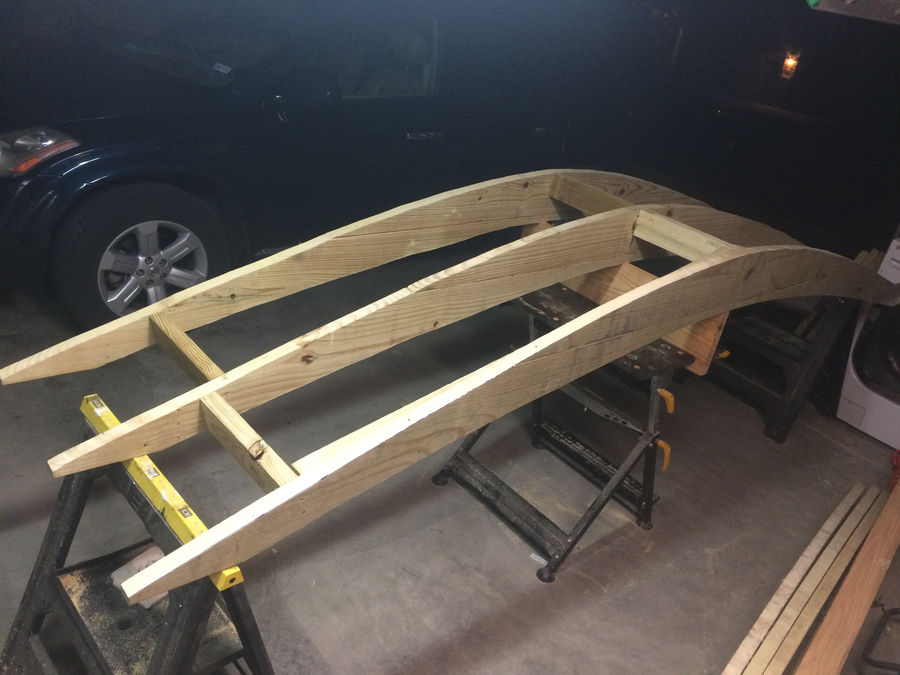 Here is the basic bones of the bridge. I did add more cross braces, but this gives you the idea. 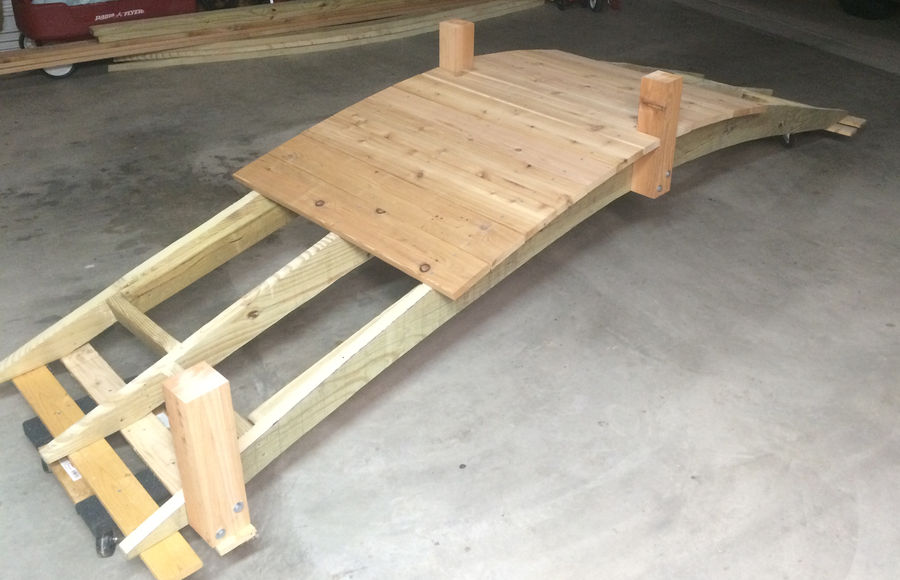 I know I skipped a few steps here, but basically just bolted on cedar 4x4's to define the edge for safety and to mimic the look of piles on a pier. 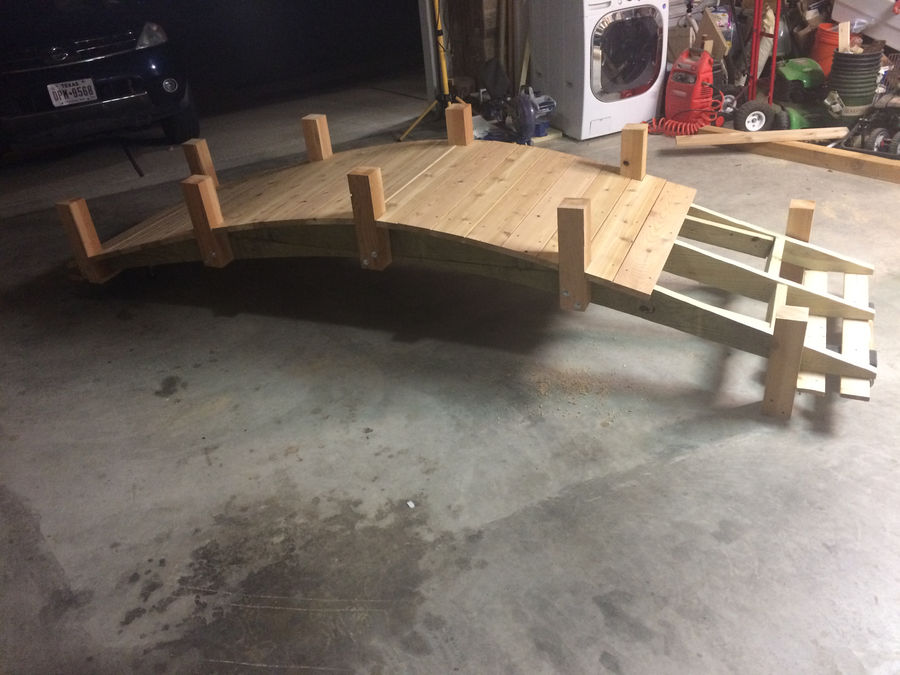 Used cedar decking for the top. Almost there! 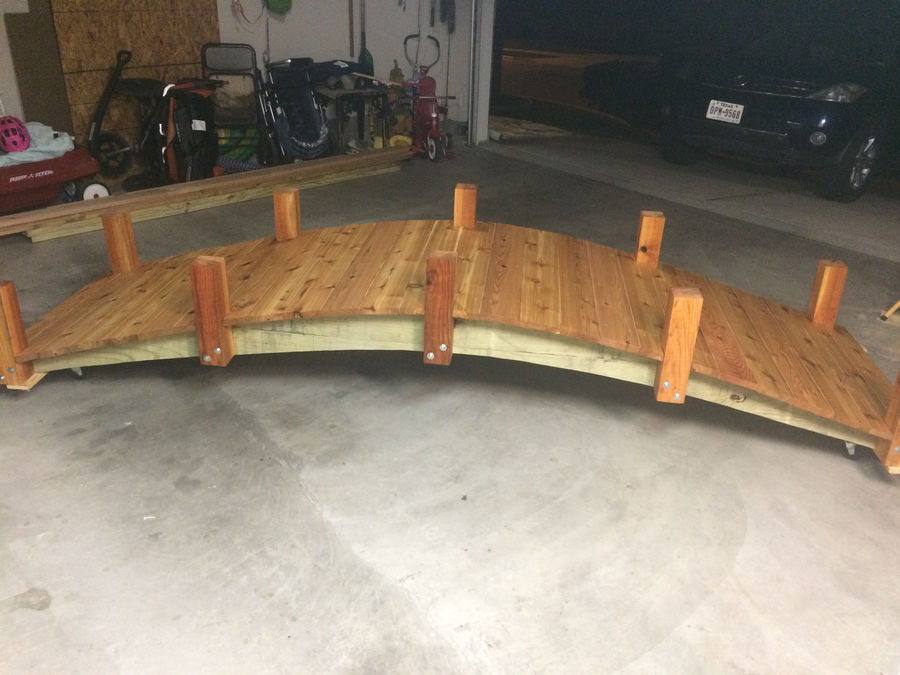 Done! Lightly oiled because I couldn't decide in a finish that would be more durable, so I get to oil it up every few months now. 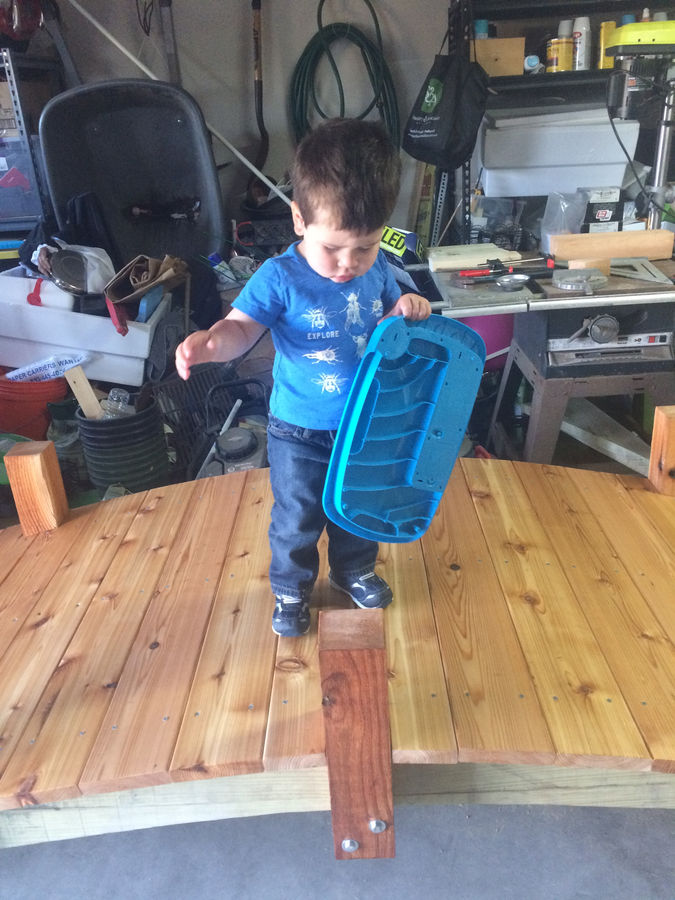 Stress test! I holds the weight of a toddler. That's a good sign. 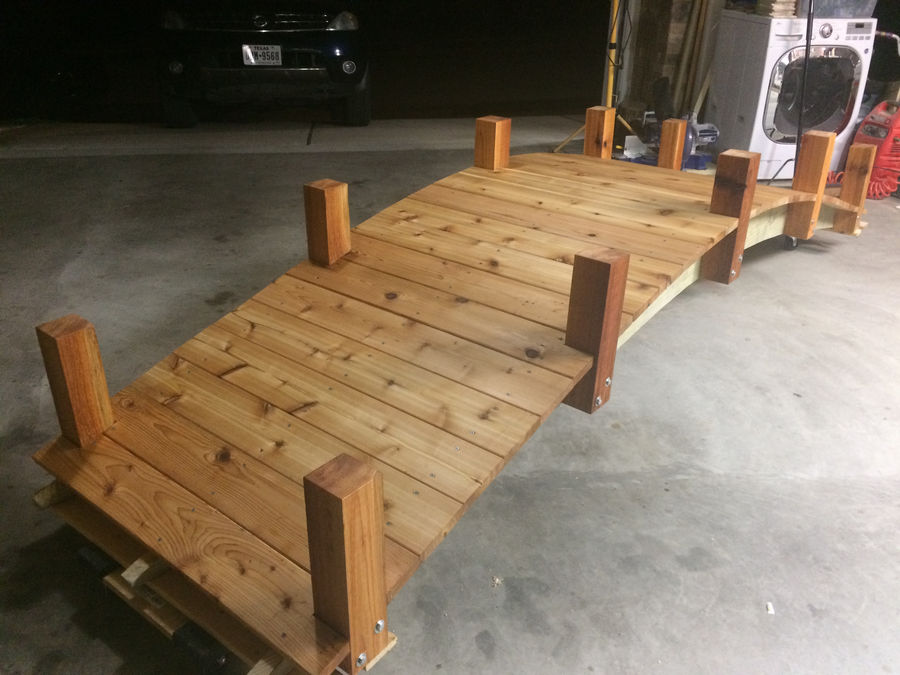 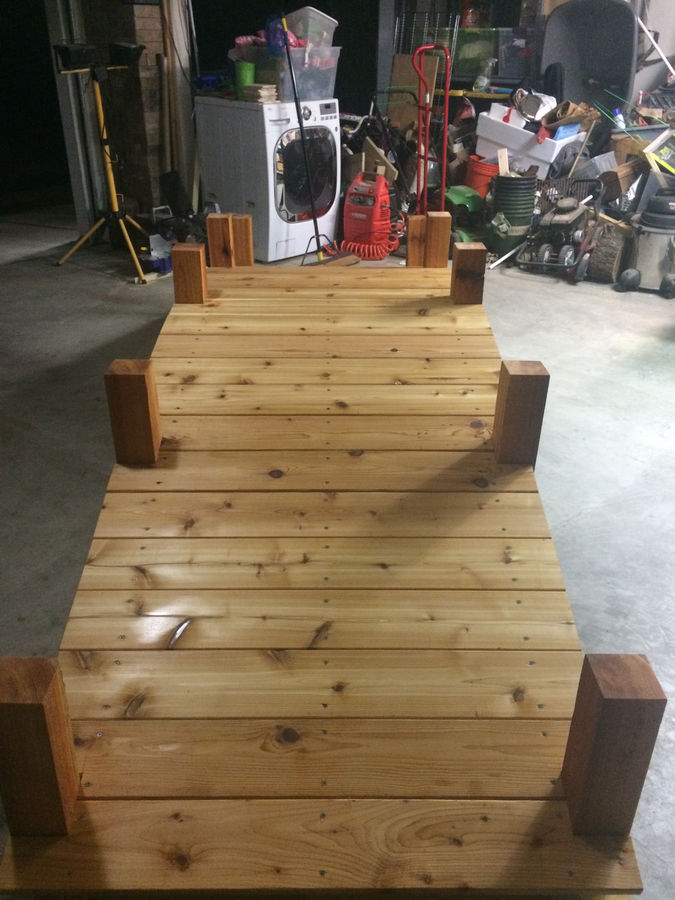 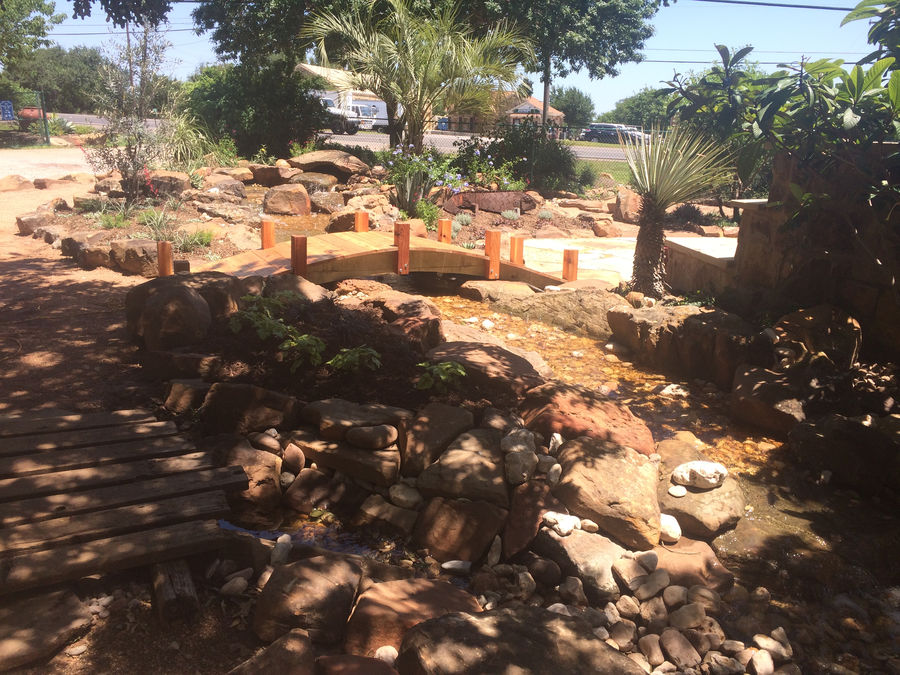 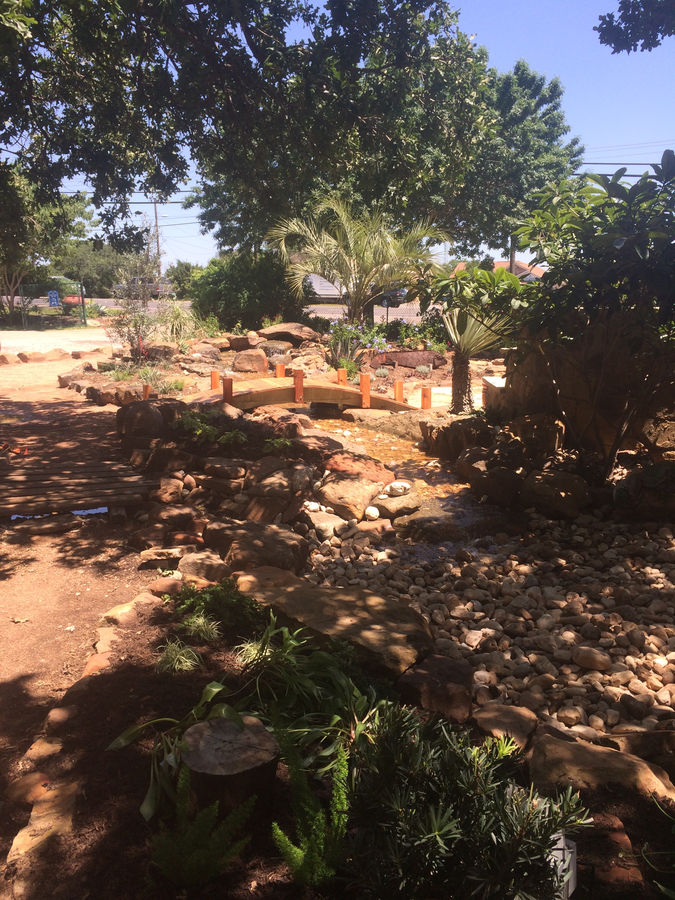 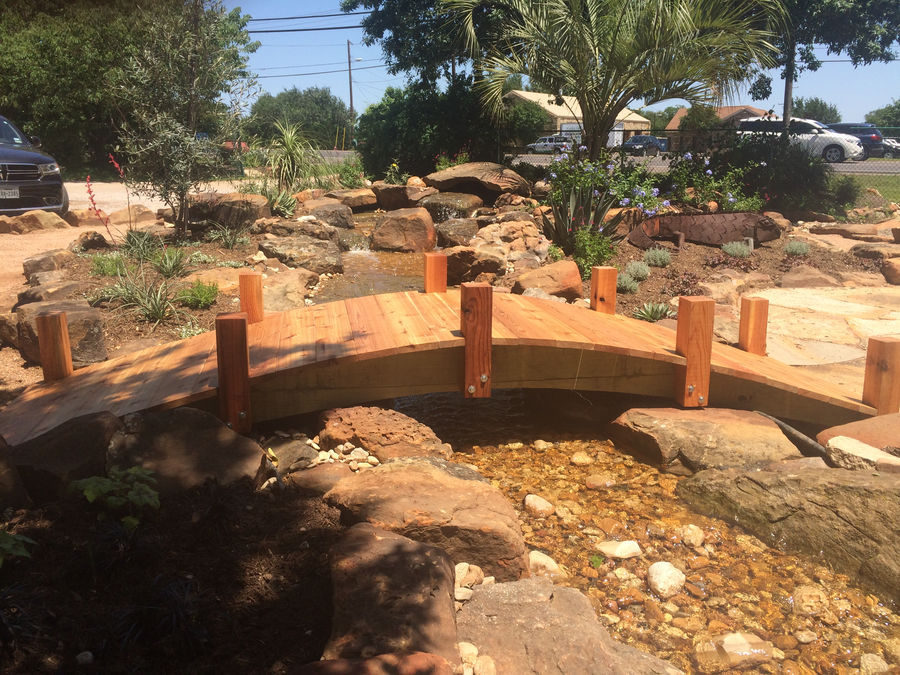 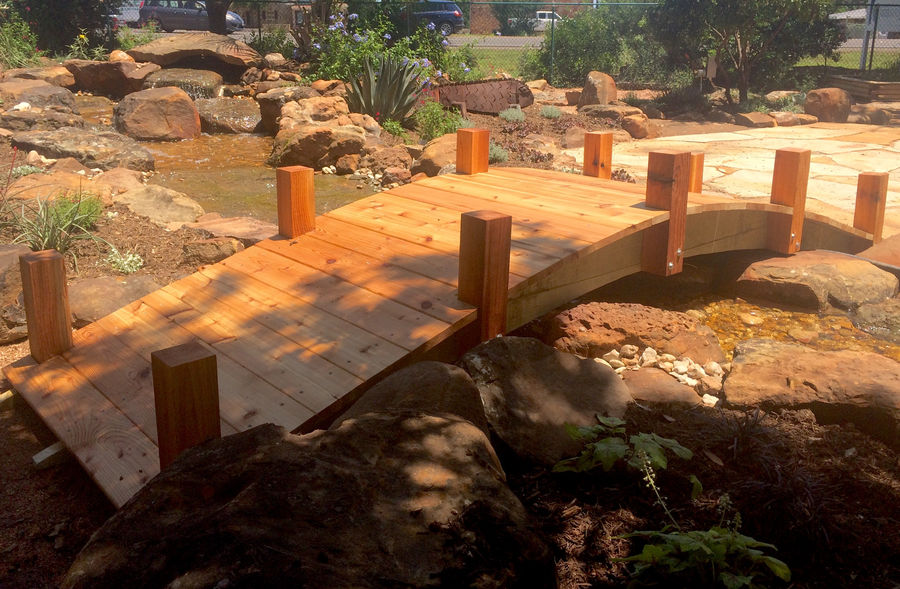 And the money shot! Hope you enjoyed!

That came out great! Thanks for sharing!