One of my first woodworking projects was a bunk bed. I wanted a place to sleep and bought a bunch of 2x lumber and built something. It stood, but it was too wobbly. I wasn't sure what to do to fix it, so I took it apart and put the lumber in a corner in my yard. Months later I wanted a planter to provide shade for my patio, and I used that old lumber. I didn't take pictures while building it, so I only have the two pictures after it was finished. 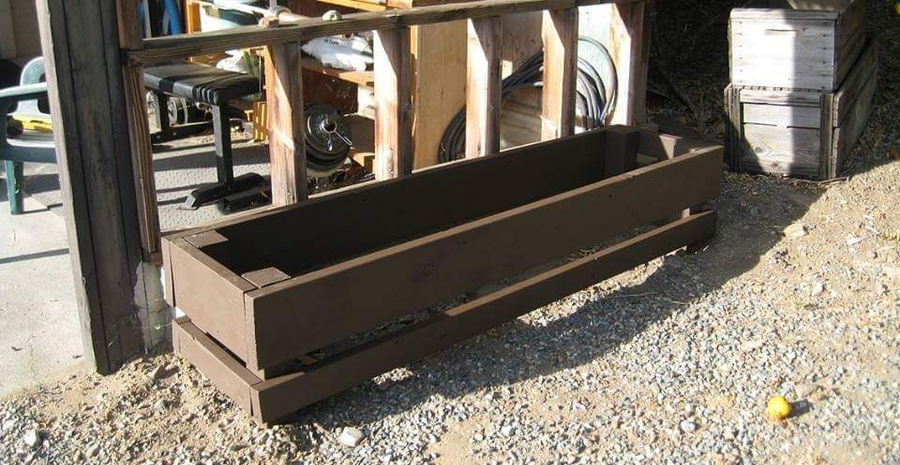 After I finished I painted it to match the awning. I buried one side so that it would be level. You can see the lumber is quite twisted after sitting in my yard all that time, but it seems to add character to the planter.

Here it is with a trellis installed. I had some extra concrete blocks that I wanted to use, so I added those. I planted some ivy, watermelon, and a rose bush. The rose bush was left over from Mother's Day, I wanted to keep it so my mum can enjoy it longer. The watermelon started out as seedlings, and after two months has taken over the whole setup. It also seems like the earth is slowly swallowing up the planter.