About a year ago, a few months after we got engaged, my wife informed me that she wanted to do a Time Capsule thing for part of the ceremony.

“Great! I can build the time capsule!” I remarked. I had built two other boxes just to practice and play around so I figured in the next year’s time, I would be proficient at box-ing. I then proceeded to bookmark dozens of pages with potential designs and ideas.

Of course, with life going on, the hiatus-inducing Summer heat, and my procrastination habit—I didn’t start until the first days of October. I got married on October 17th…

Anyway, here she is! This was my first time working with walnut and I really enjoyed it. I used some maple for some accenting on the lid and the splines. The simplistic design was a request of the wife. This was also my first time seriously making splines other than randomly trying it on the lid of a previous box without a jig or planning. I built a spline-cutting jig and was so nervous when cutting them because one mistake and the already-far-along box was ruined. I think the miters came out really well—they are another technique that makes me nervous because one half of a degree off and they fail to match up well. I must have cut 20 test cuts to make sure my saw was tuned correctly.

ersonally, I would have liked some profiling on the lid and to have trimmed out the bottom edges to make legs but, hey, she’s the boss.

I used 1/4 inch ply for the floating bottom panel and lined the whole inside with felt. I finished it with 3 coats of 20% poly, 40% BLO, 40% Mineral Spirits and then 2 coats of paste wax.

I picked up some hardware which I’m not too fond of, seems kinda weak, but, once again, the boss decided.

The box is not to be opened for ten years at which point we will read our letters from each other and drink the wine. 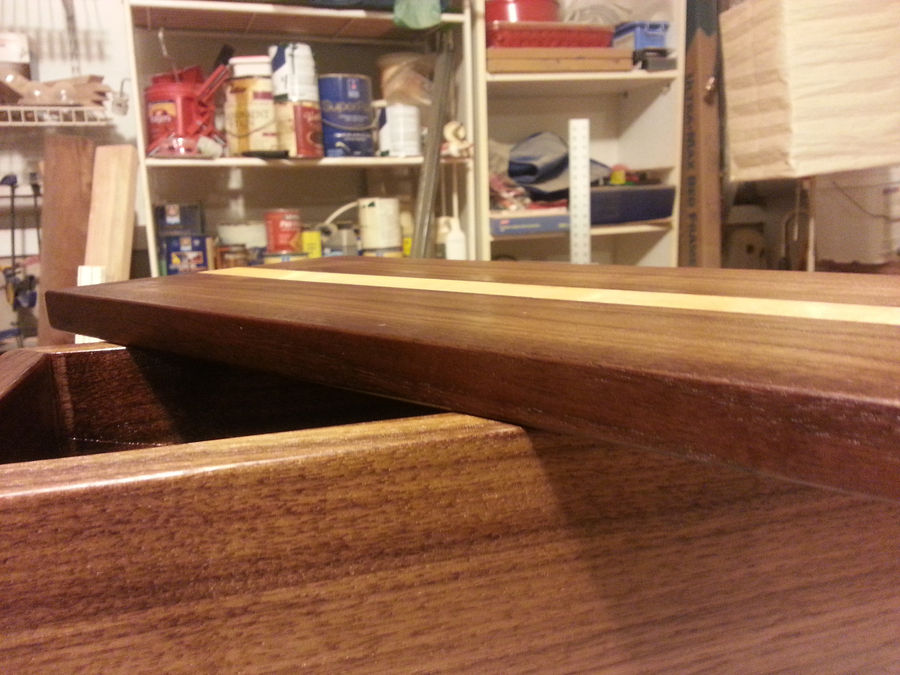 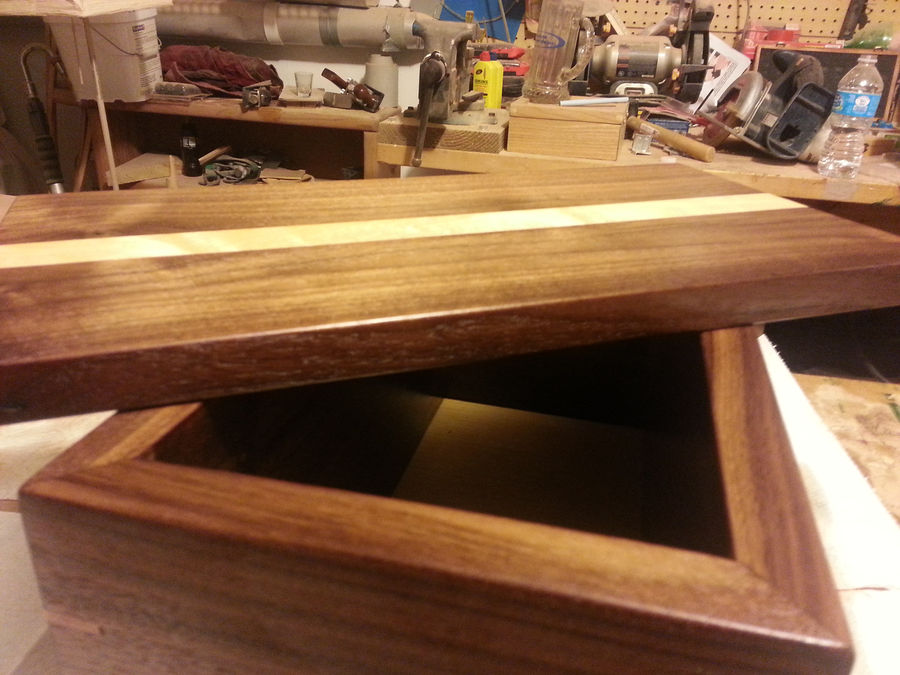 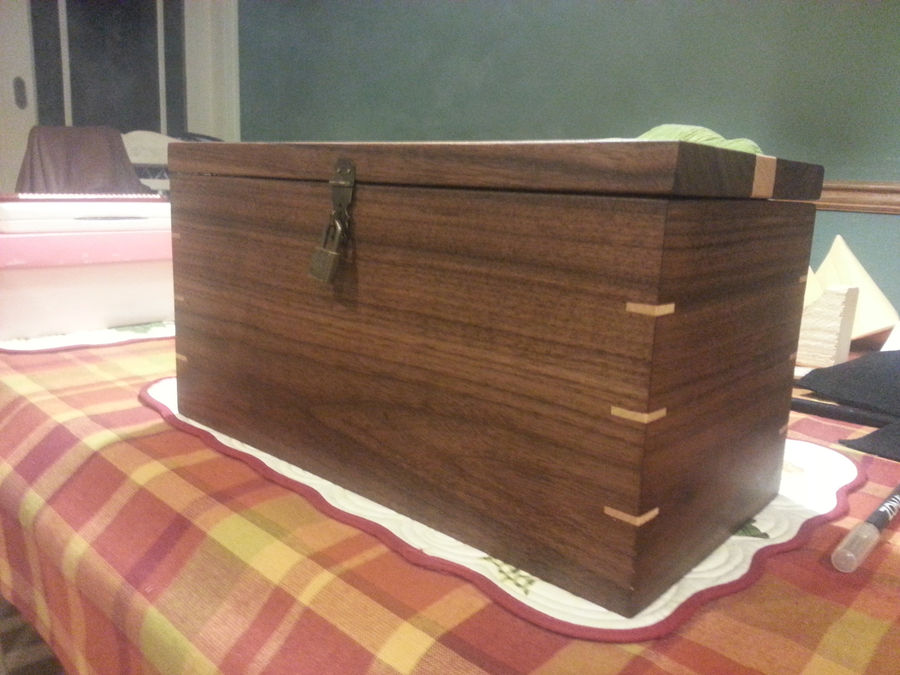 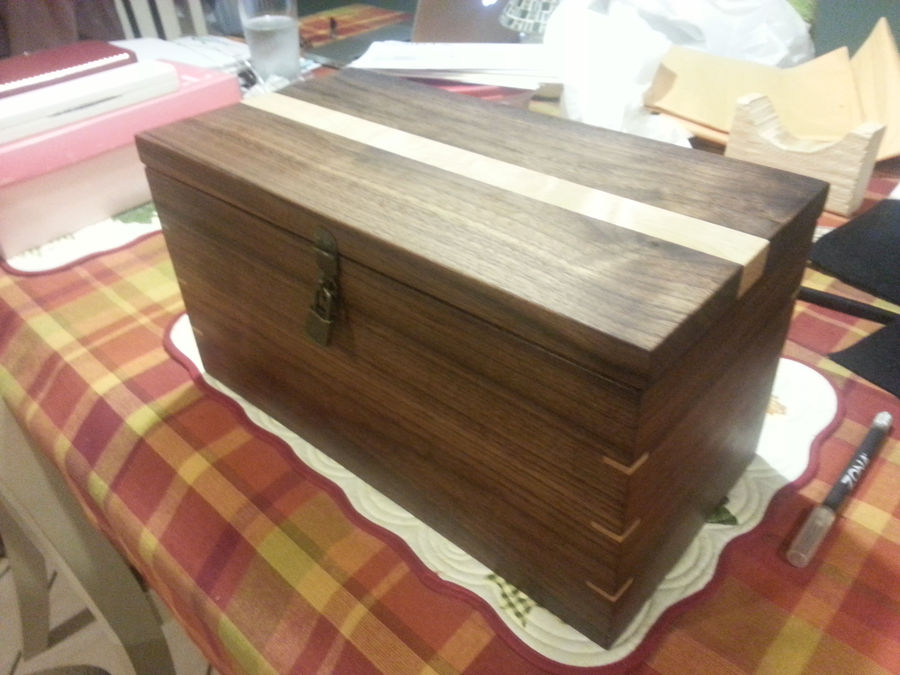 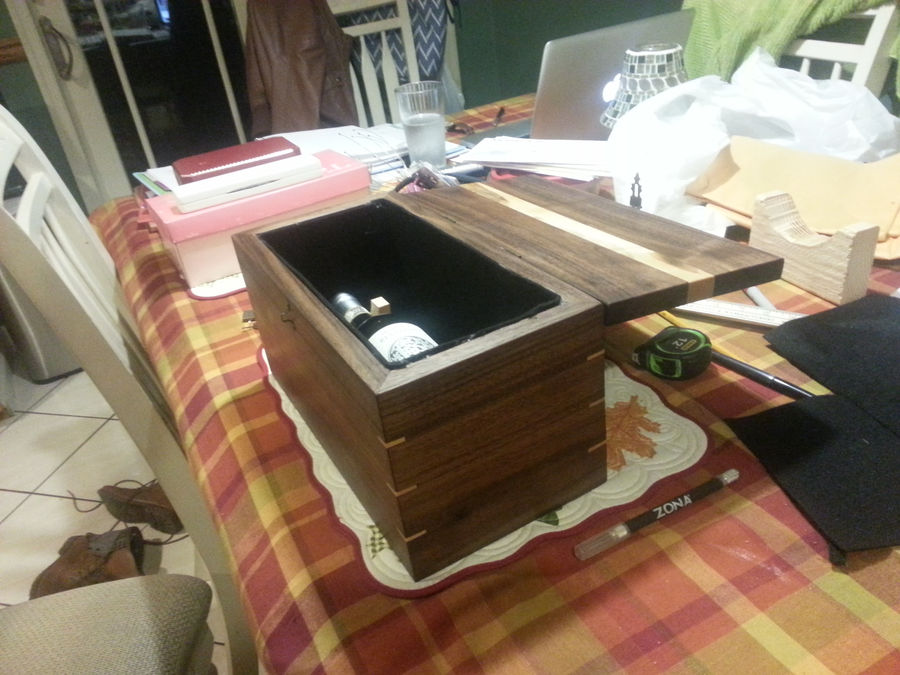 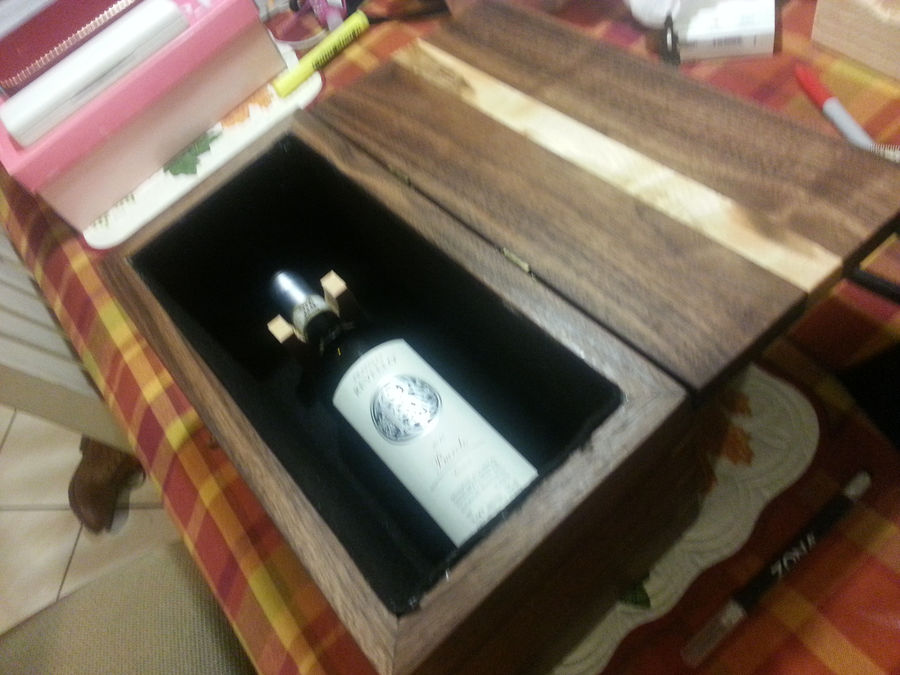 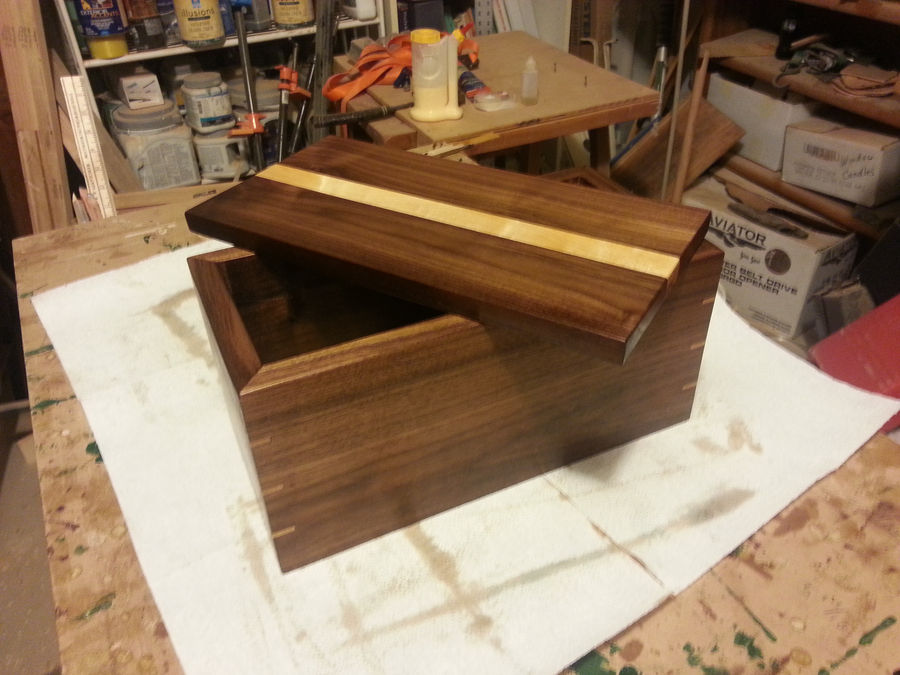 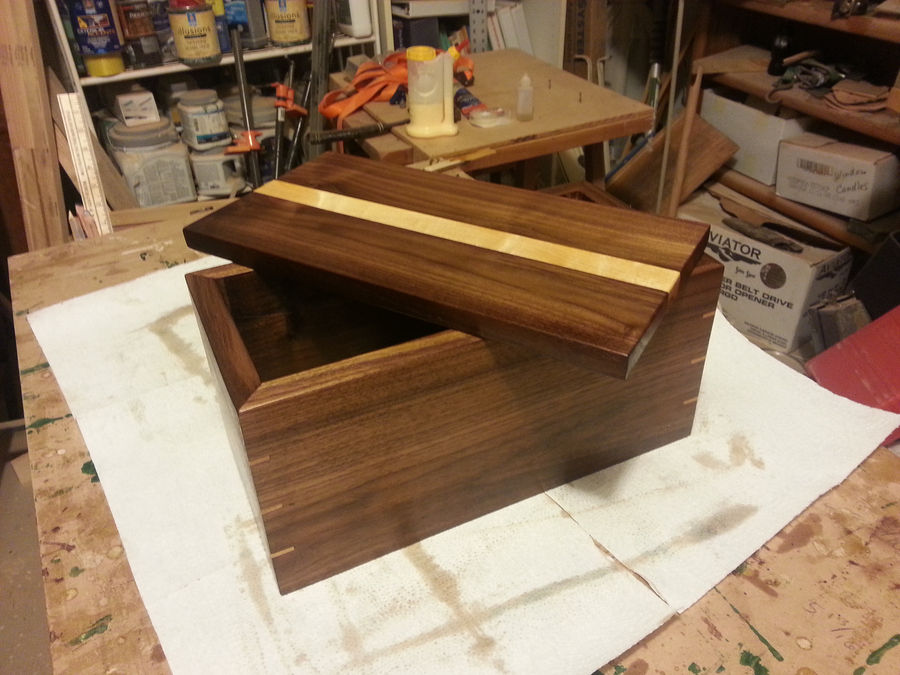 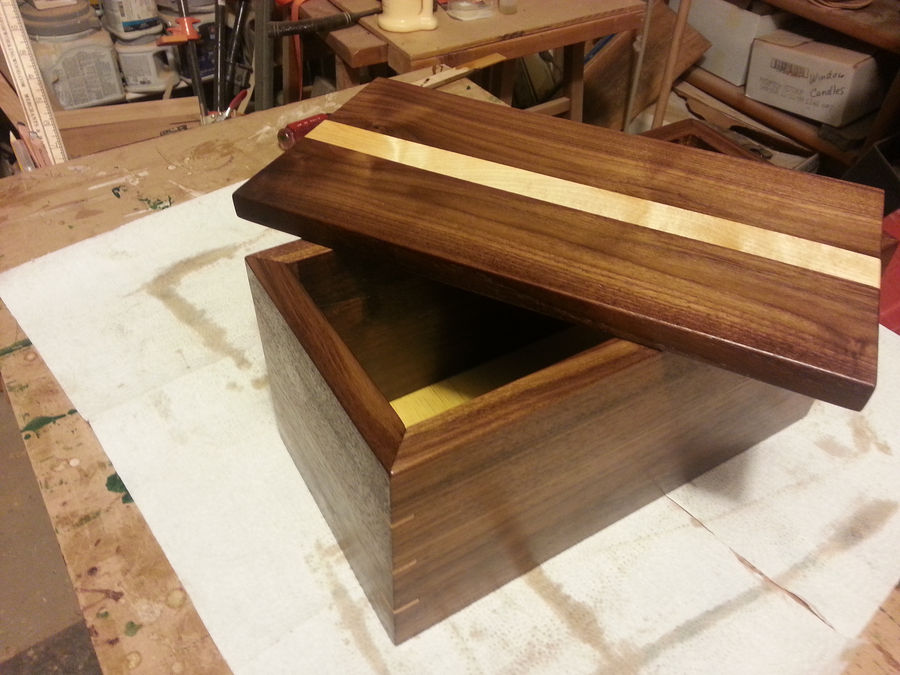 What a great looking box! I enjoy box making, but absolutely suck at installing hinges lol.