Before I get going, the very dirty shop is not mine....mine is the one with the cement floors that is yet to be set up (winter project, new house).

So it has been a few weeks and I am finally coming down from the high of my score.  I had a craigslist search for clamps, because you can never have enough, but I never seemed to get in on the decently priced groups of clamps that I would see every once in a while.  So when one popped up for 41 pipe clamps and the guy wanted $100 I jumped on it.  It then evolved into a bulk purchase so I could guarantee priority.  Here is what I ended up getting:

Grizzly G1023RLW 3HP cabinet saw with router lift built in, including a porter cable router, dado stack, riving knife and full blade cover (which I hear is annoying so might just be using the riving knife), and his sled he had for it, as well as a harbor freight 2HP dust collector - $850

He also threw in 4 3/4" sheets of melamine, extra hoses for dust collection, and a ton of formica rolls, some partial used, many not used at all.  I estimated at least 1k of formica based on some googling of some of the rolls and finding them to be $50-100 each.

So I handed the guy $1800 and loaded up as quickly as I could before he changed his mind!  My wife has now banned me from craigslist until I actually get to making her the massive list of things she wants :-)  I do have an exception so I can sell my "old" table saw. 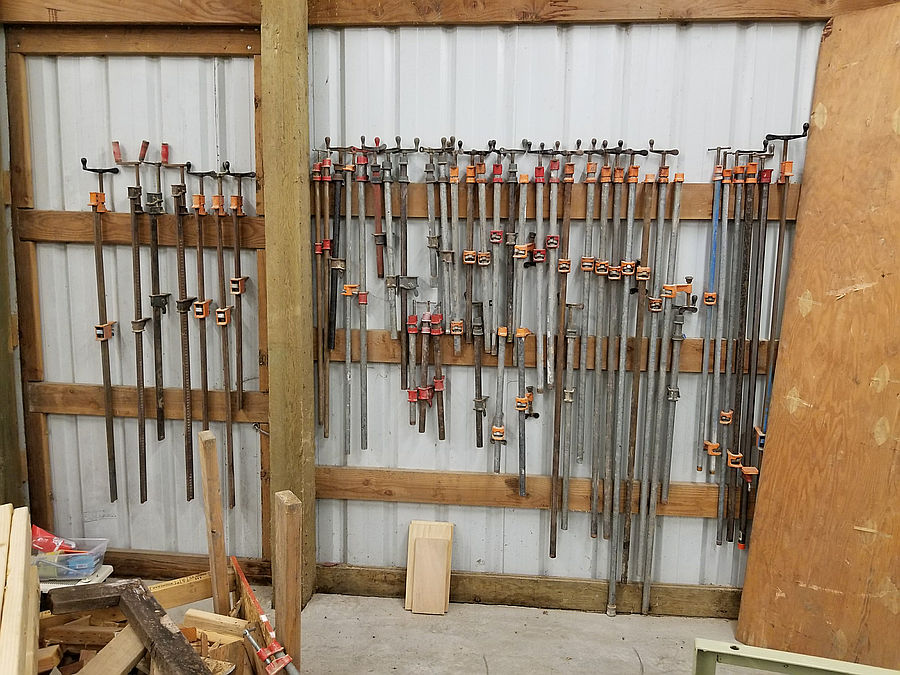 Pipe clamps hanging up in my shop 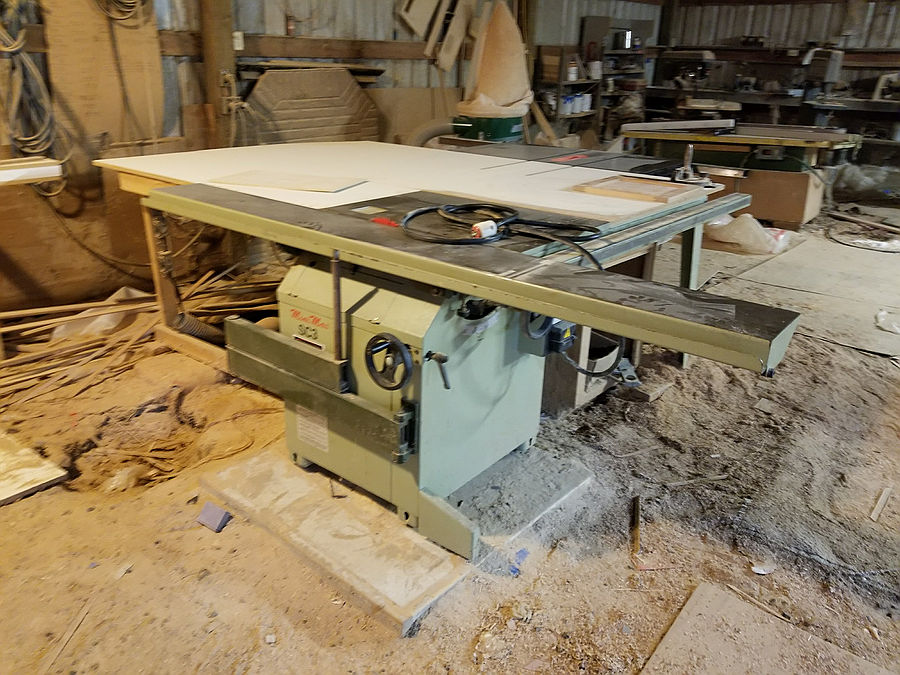 Table Saws (sliding minus the side table, took the picture while in progress of taking things apart) in his shop.  He gave me the out feed setup he had (which I might use pieces from), but the best part is it had about 20' of heavy electrical cable. 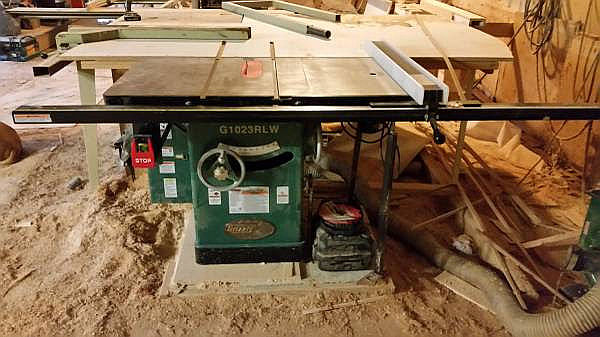 Table Saw (in his shop) 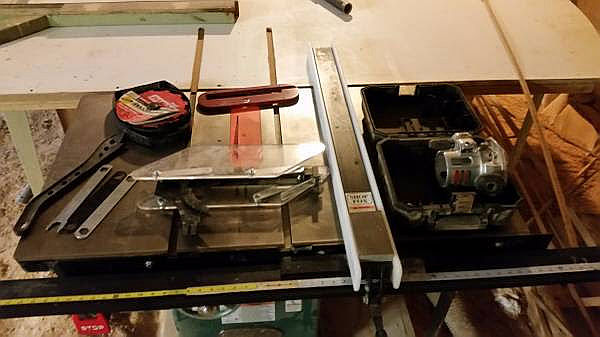 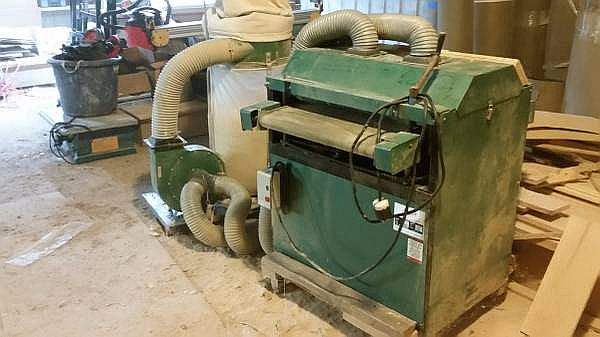 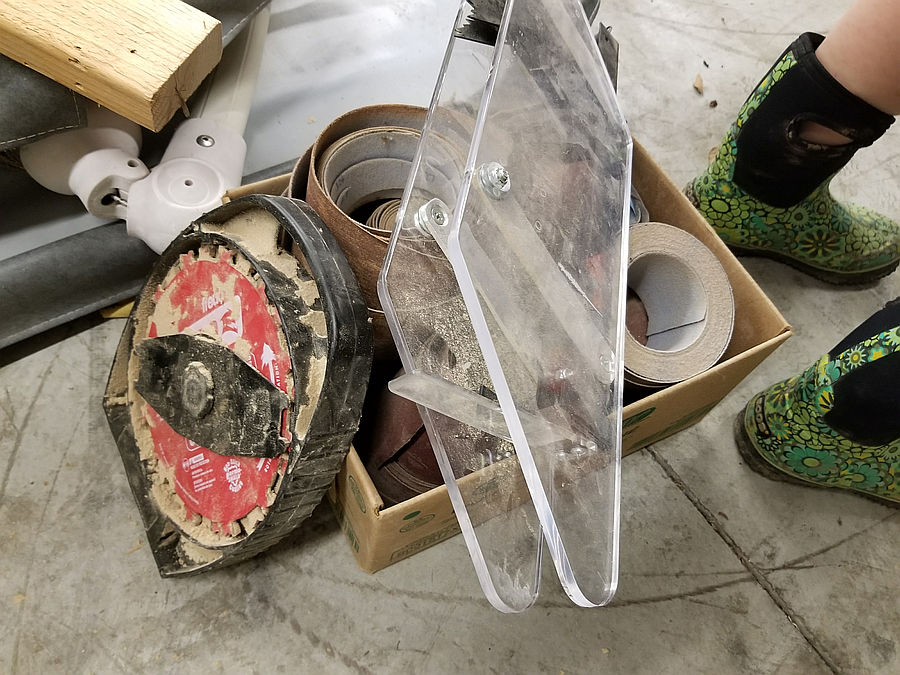 Some of the extra sandpaper, more in another box, most of it were full rolls 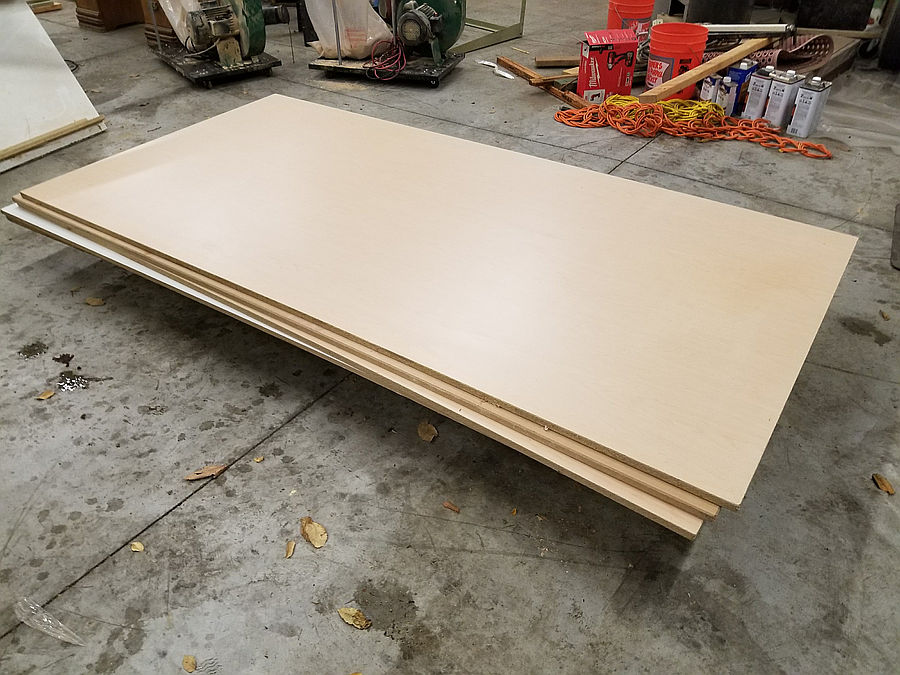 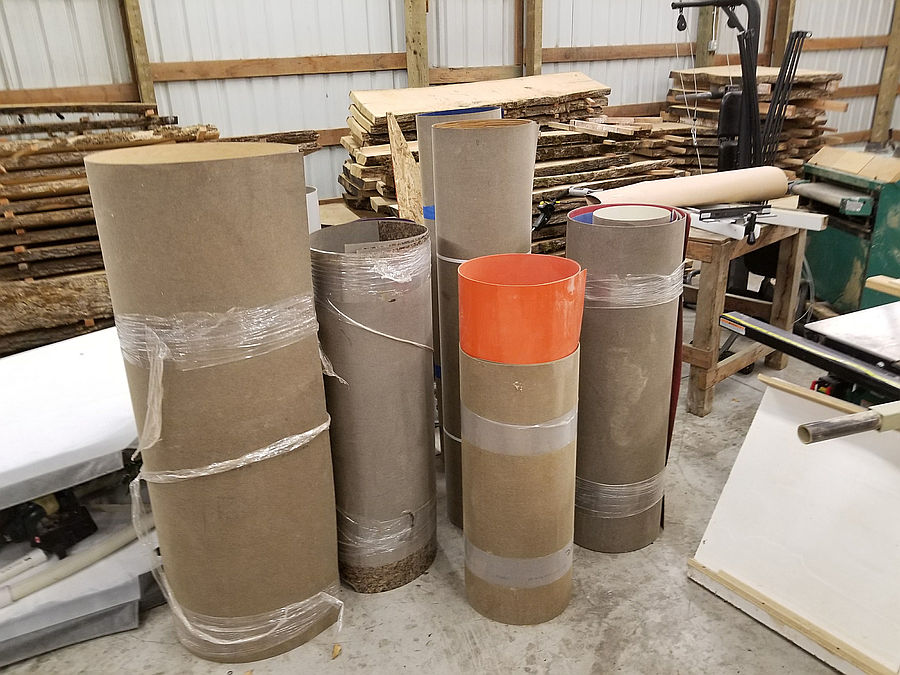 Formica, many rolls inside of rolls here