I made a simple Walnut-Epoxy pendant as a gift to my girlfriend. Since it only required a small amount of epoxy, I used Loctite 5 minute. I colored the epoxy using Jacquard Pearl powdered pigments (pretty cheap on Amazon, you get 12 colors). 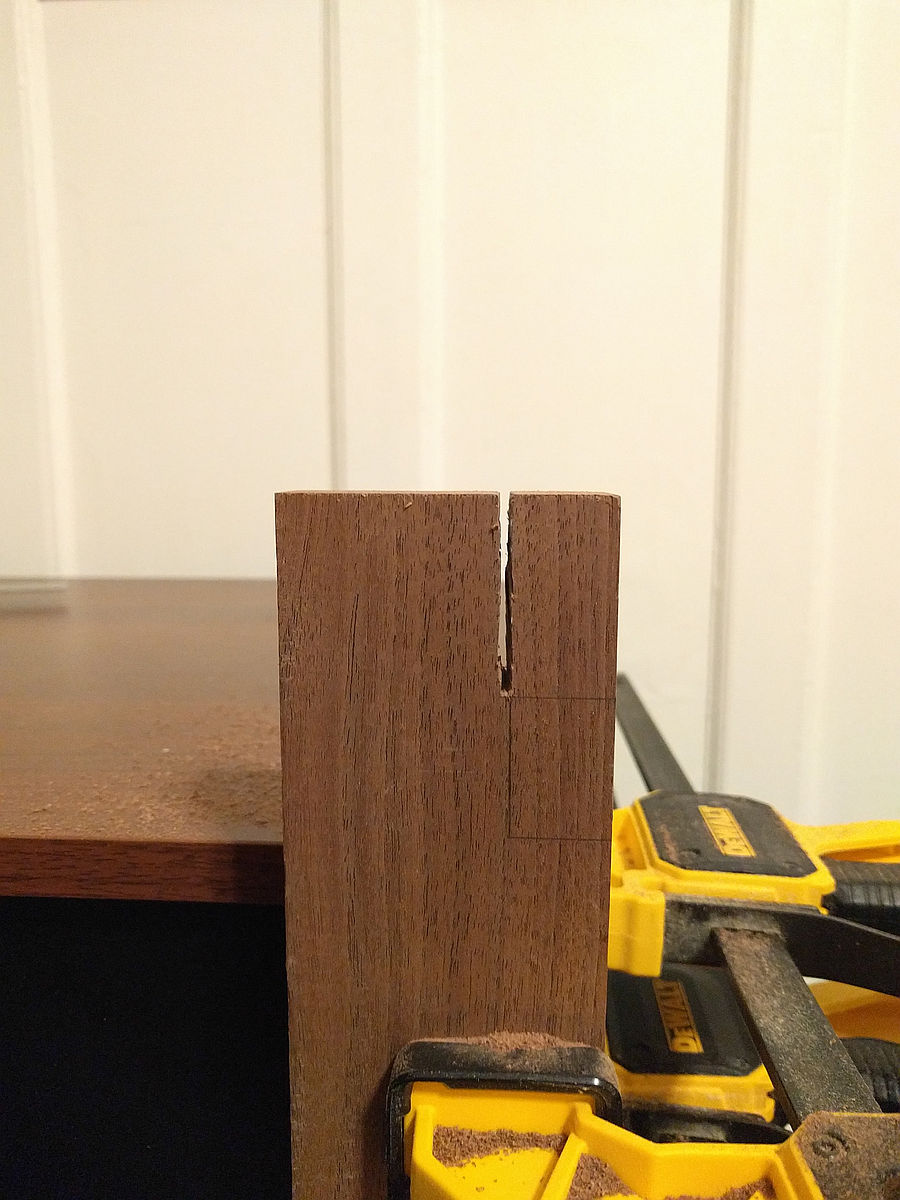 I made a cut about 3/4'' from one side. My plan was to place a clamp at the bottom of the cut to prevent splitting, get a pry bar, and see if I could get some nice splintering. 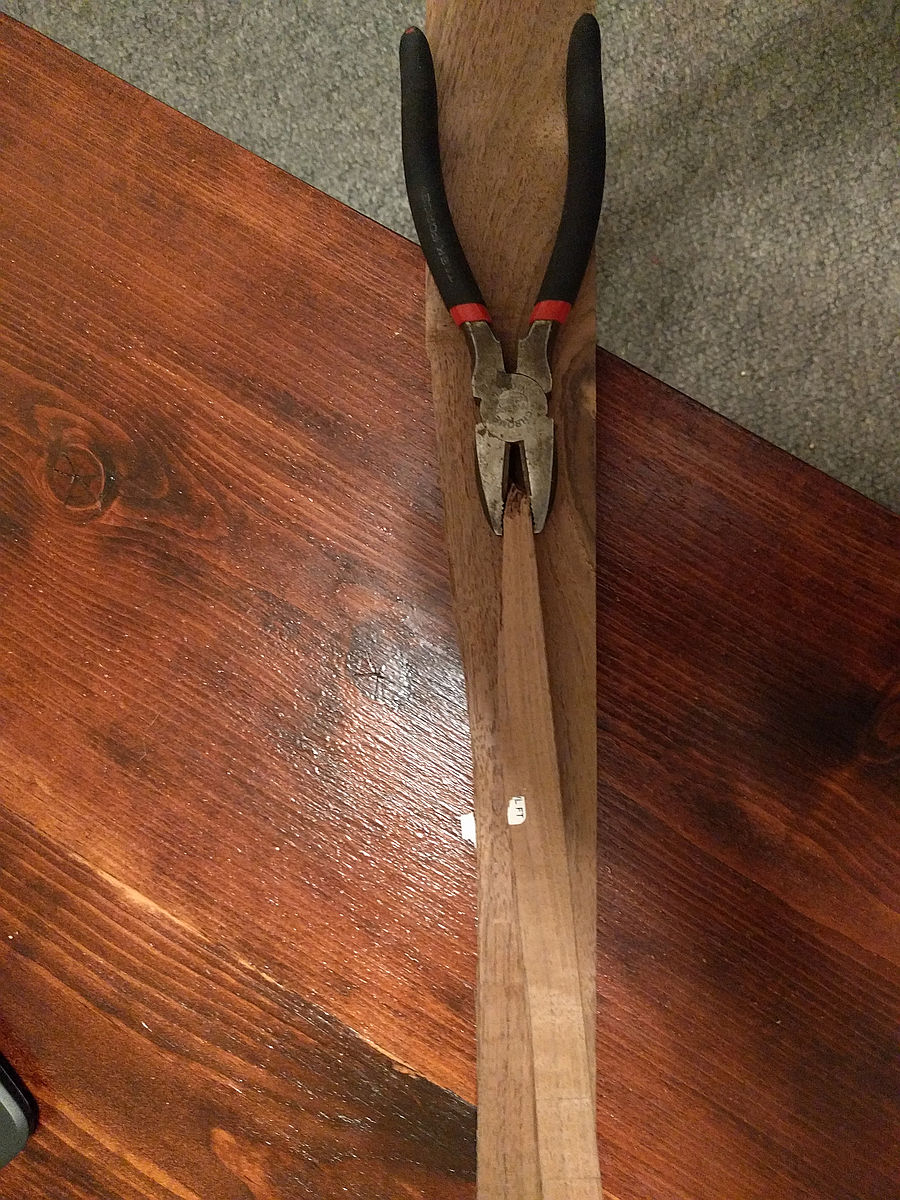 The walnut split instead of breaking. I grabbed some pliers and started to break the fibers. 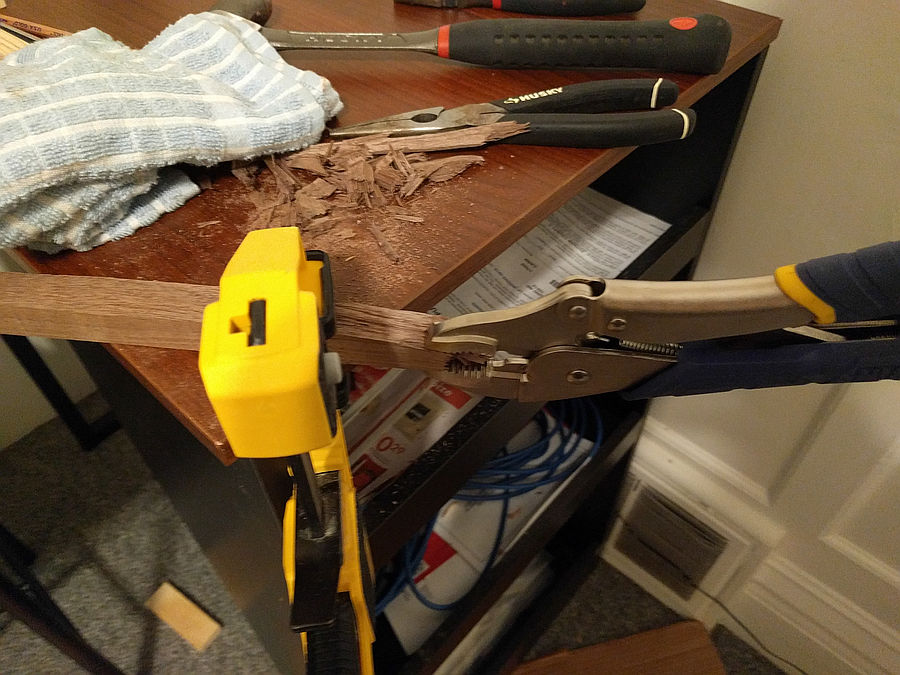 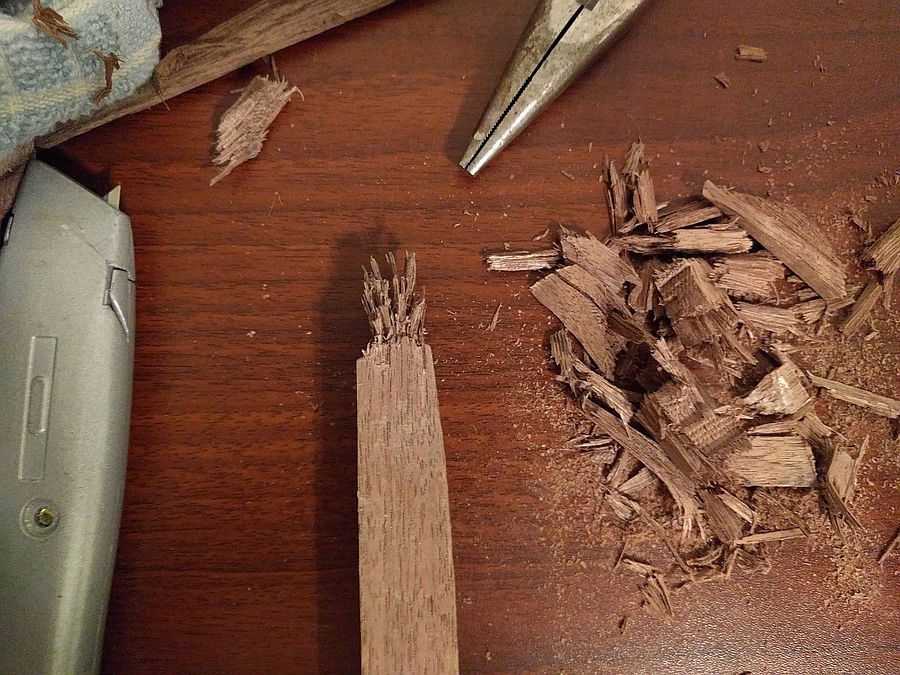 Here's the splintered walnut I ended up using. I forgot to take photos of the epoxy process, but I wrapped waxed paper around the splintered section and secured it with electric tape. I only had 5 minute epoxy and had to both mix in the pigment and pour the epoxy on. I ended up mixing the pigment in the resin before adding the hardener to buy some time. I first put on a blue layer and then a purple layer. 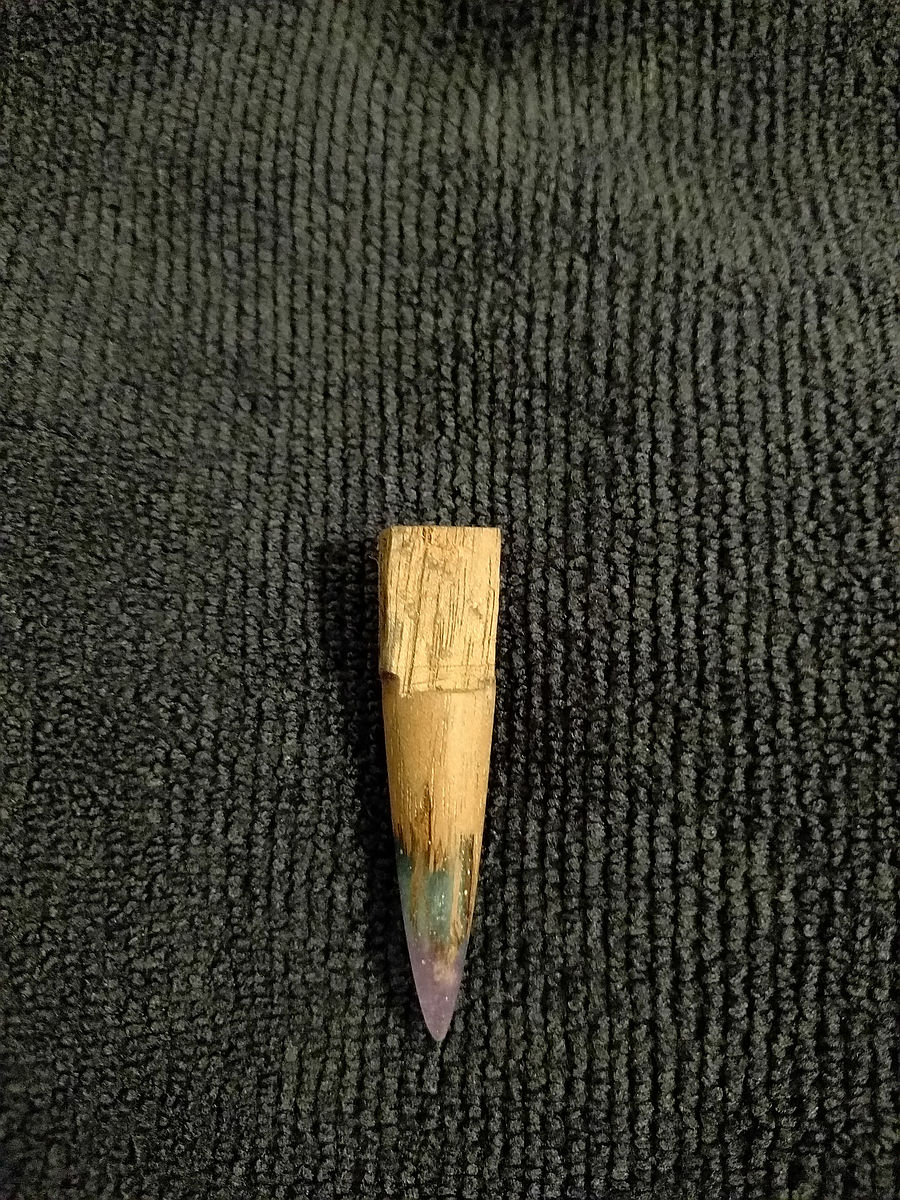 After the epoxy dried, I carved down a section so that it would fit in my cordless drill. I used my drill as a lathe along with 100 grit sand paper to achieve the shape. I moved up in steps to 4000 grit and finished it off with some rubbing compound. 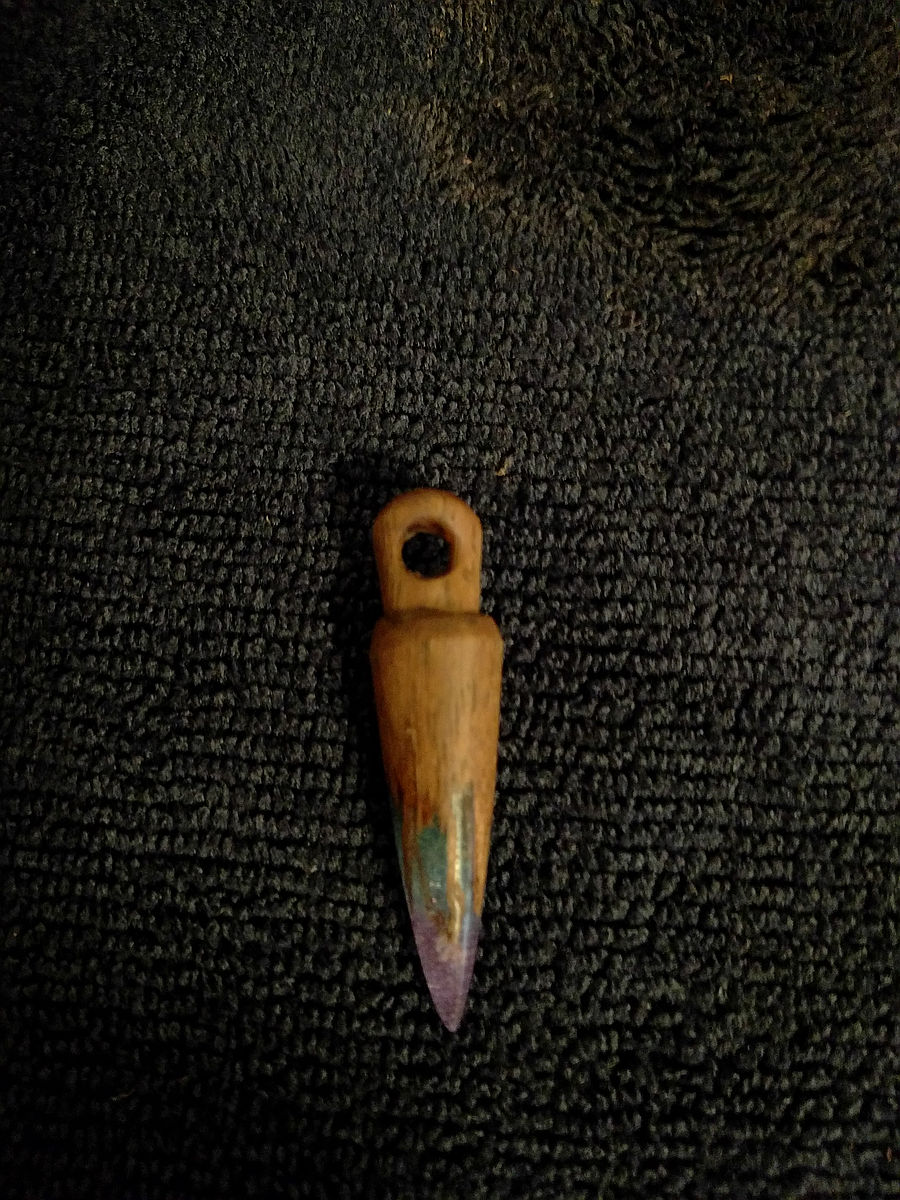 Drilled a hole and polished/rounded the edges. 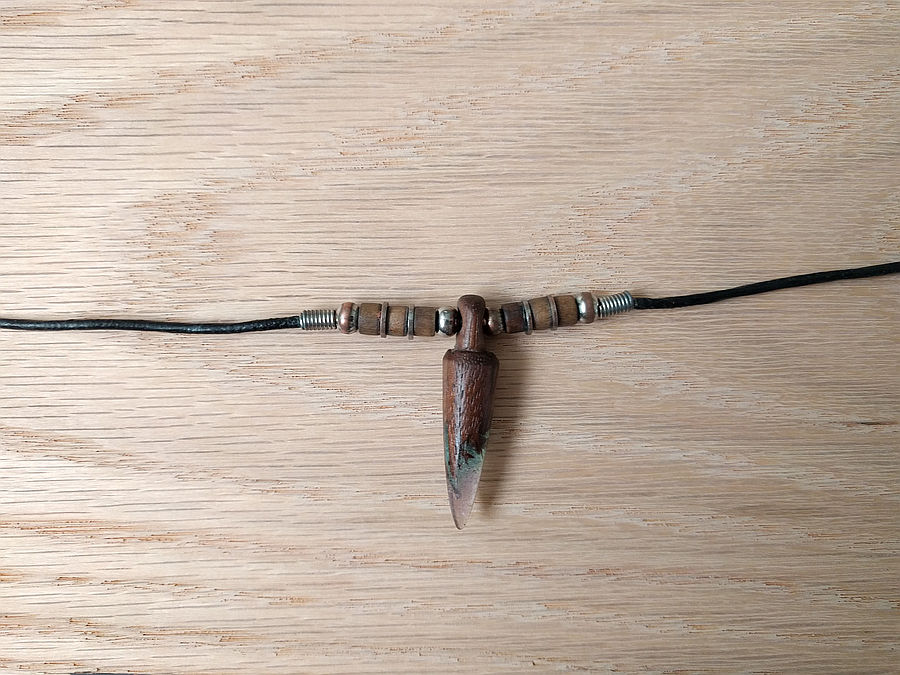 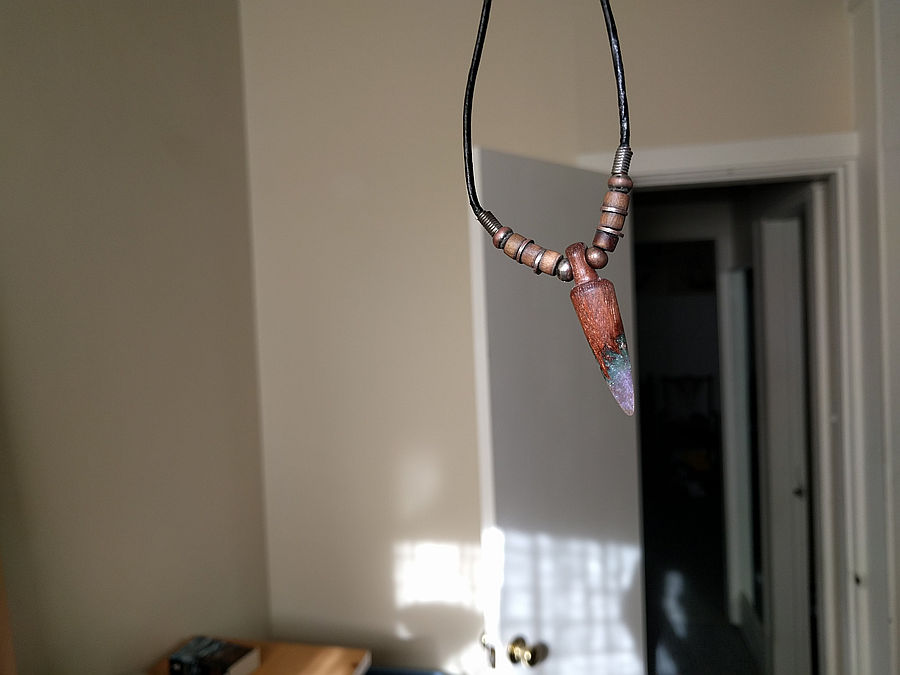