Here’s a rocker I just completed using Scott Morrison’s plans. Scott, primarily known for his Maloof inspired rocker, also has plans for this guy. My goal is to eventually build a Maloof rocker but wanted to first gain some confidence by completing this. I will speak very highly of his plans and will eventually get around to posting a testimonial on his site.

Back to the rocker. I decided to go with Cherry with this build due to a great price I found on the 8/4 stock. Of course after buying I realized there was a little more sap wood than I could see with the naked eye. I purchased 55 bd. ft. and after cutting and planing around sap wood I have approximately 10 foot left. For finish I decided to go with the Maloof finish, both the poly/oil and the oil/wax. Following exactly as directed, the finish came out fantastic. The hardest part was sanding up to 400.

While constructing this project I completed many first, including power carving and bent lamination. It was a great project to test out my new 3hp 15” Jet bandsaw. Of course having my Festool RO125 made things a breeze too. 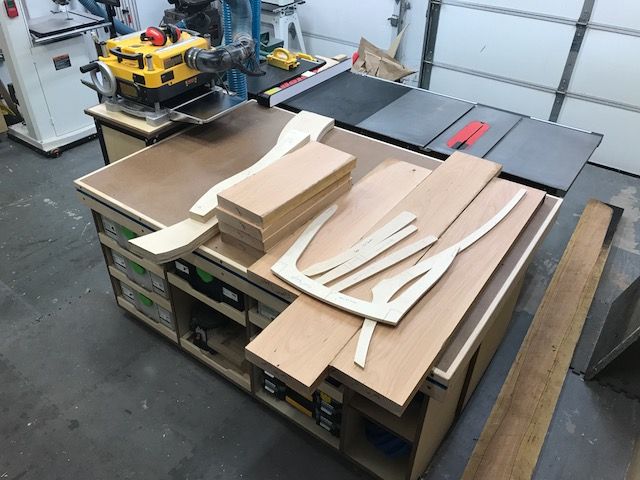 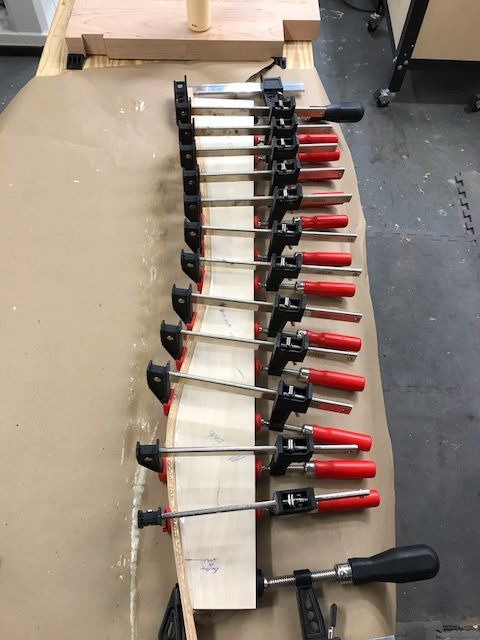 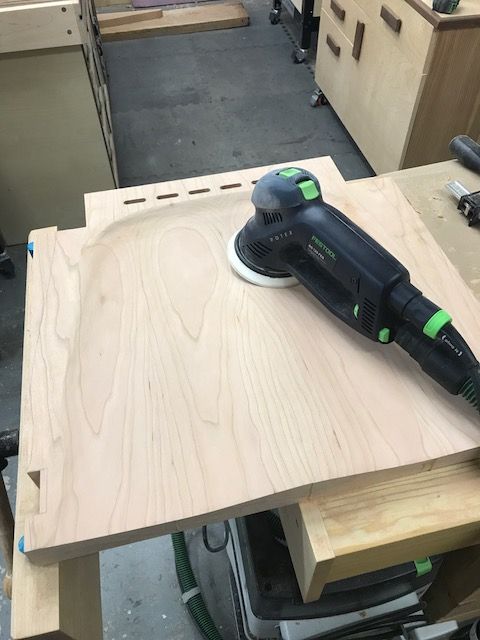 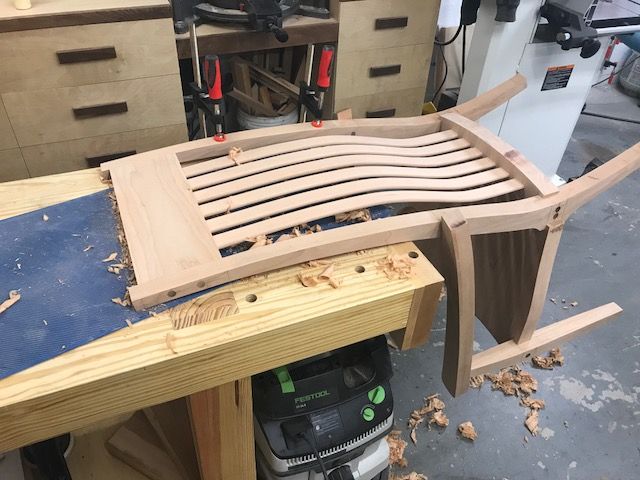 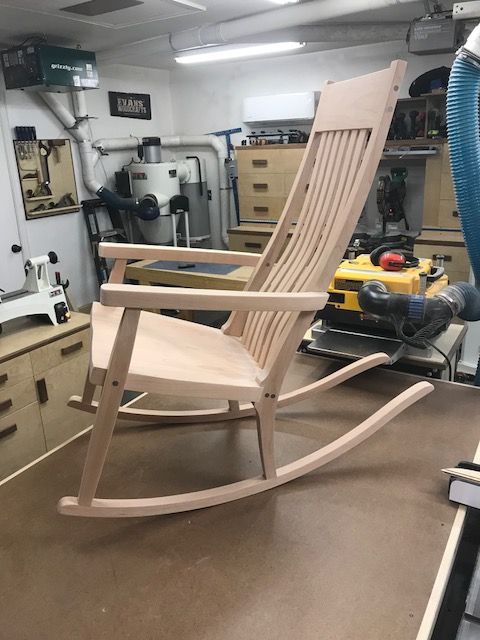 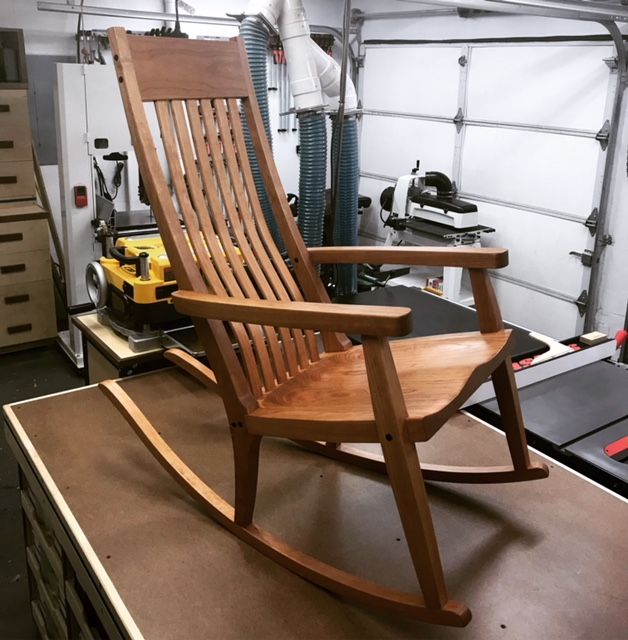