Here is my take on Jameel Abraham's bench for kids (PWW December 2017).

Wood choice was determined by what was on hand and readily accessible. Well... the walnut was used because it just looked pretty.

This project allowed me to try out some things before I build a full sized Roubo (Spring 2019). The linear bearing works well but I'm developing a preference for a Criss-Cross on the Roubo. The bearing would also provide better leverage had it been installed under the side stretcher instead of above it (still plenty of grip for work holding, but parallel can be lost if overtightened) The linear bearing was also fussy to install and calibrate - it resists racking across the entire pane of the chop and it took some work before the left and right side contacted the apron evenly. The hole was drilled slightly oversize for the bearing and then Bondo was used to fill in the space firmly holding the bearing at the correct angle.

I've been playing with a branding iron as well. For every three brands attempted I botch one (even after practice). Making little plaques from walnut or maple and then attaching them to a project is now my preference (and with several large pieces of furniture to brand from previous years this seems like the fool proof way to go).

The last bit of the Tru-Oil from a year ago was used up, making room for fresh stuff. Double stick cork was cut to fit the chop. The domino was used for the joinery and overall it took about 30 hours to complete. I'm still relatively new to the wood lathe, so making the handle for the vise allowed for practice at making precision parts. 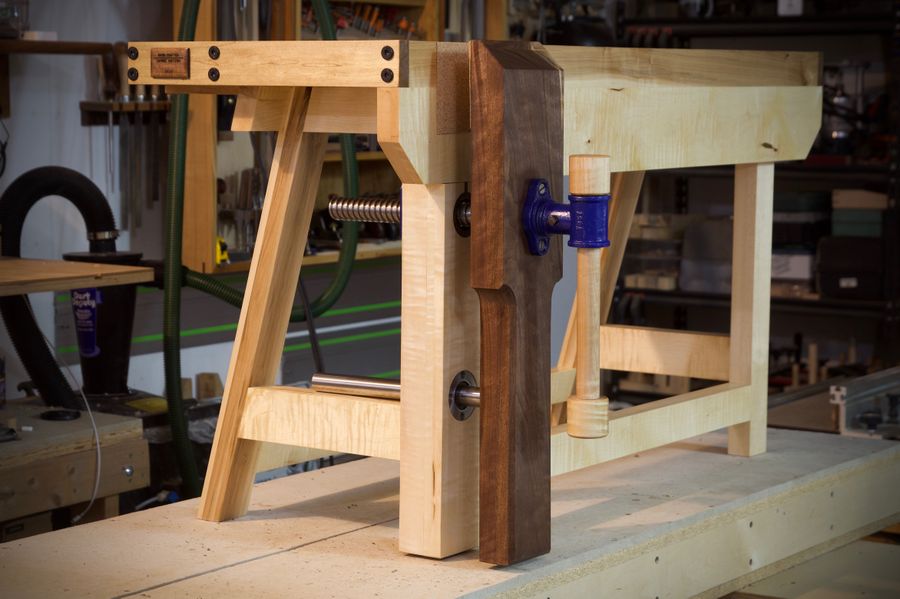 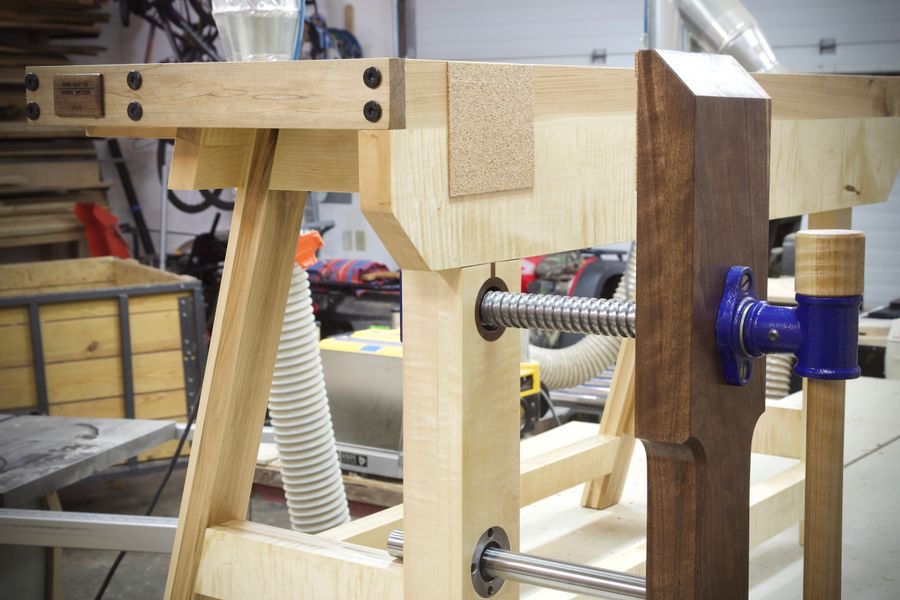 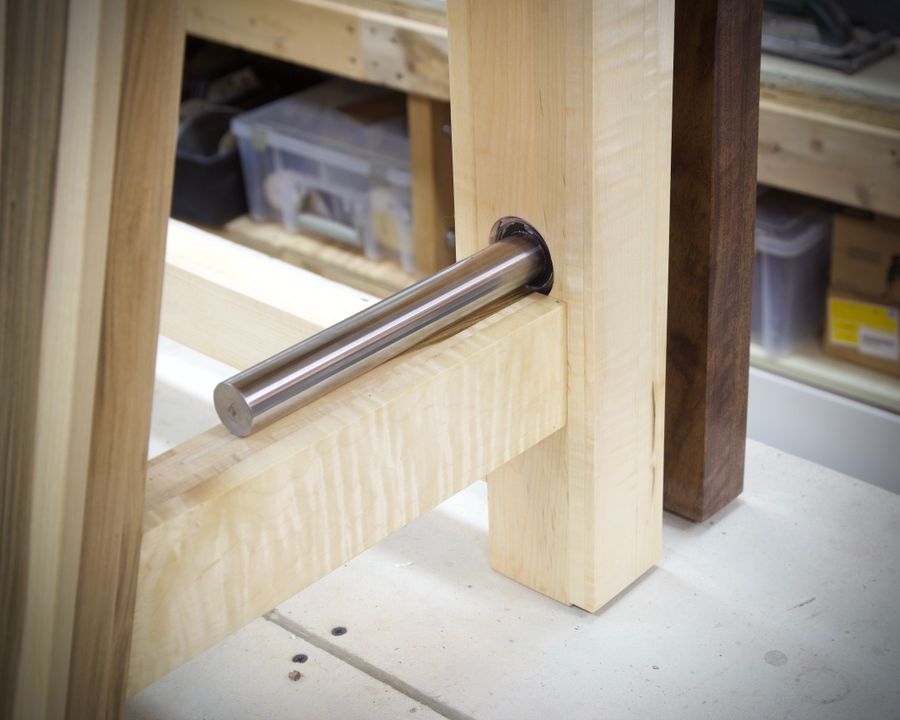 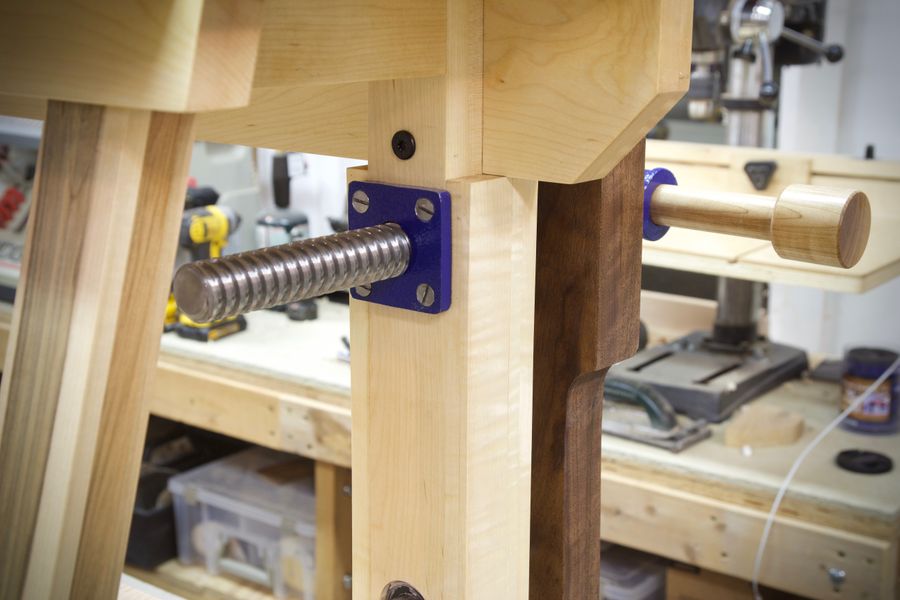 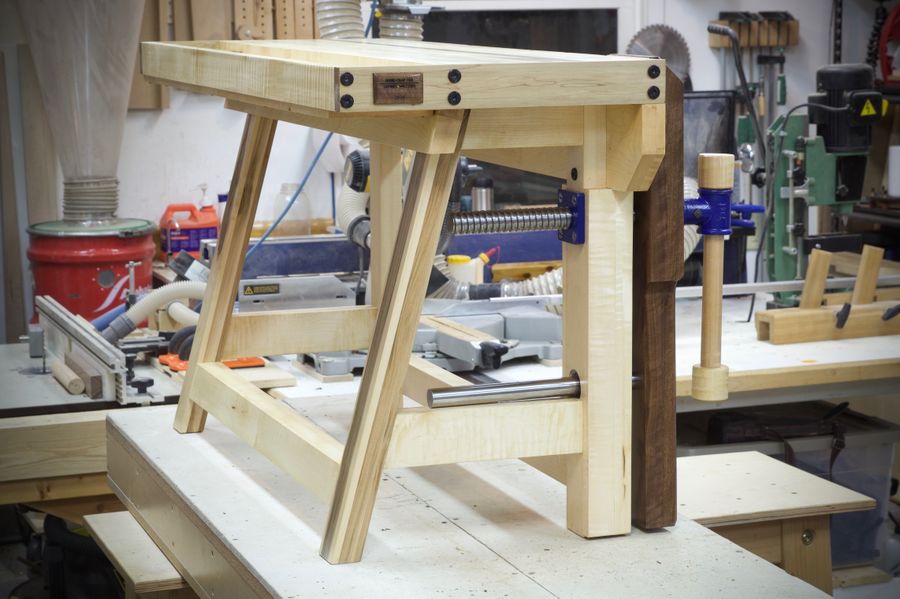 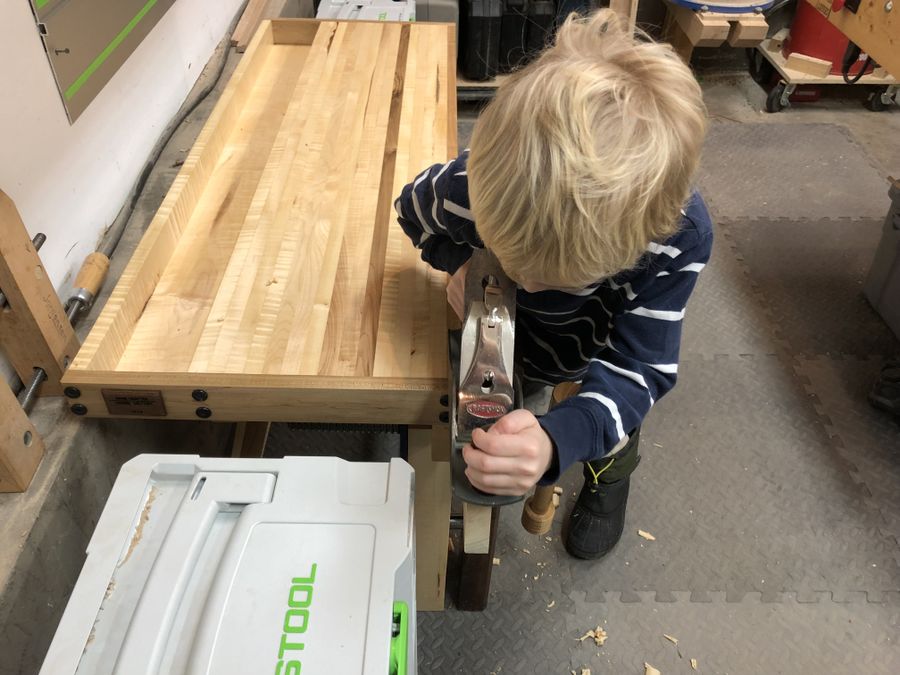 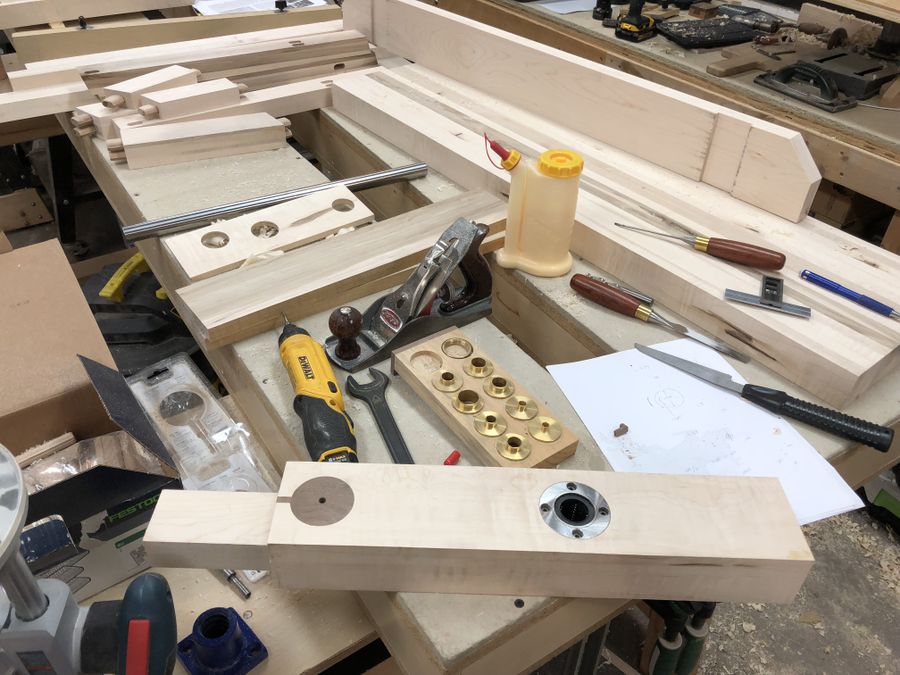