A stand for my drill press, so I could ergonomically drill things. 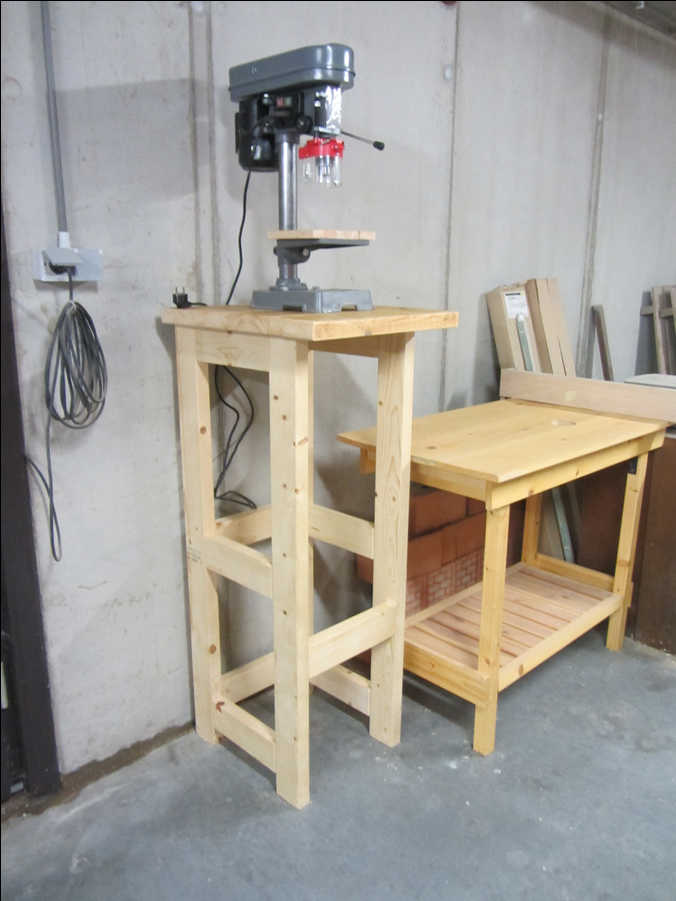 The finished table. It's a bit to high, to be honest, but still workable.

You might be thinking drawers would be nice in there. Hadn't thought of that really. Or I was kind of already planning on drawers, but not in 2x-something wood. (Which would be kind of cheating for the 2x-something Reddit challenge.) 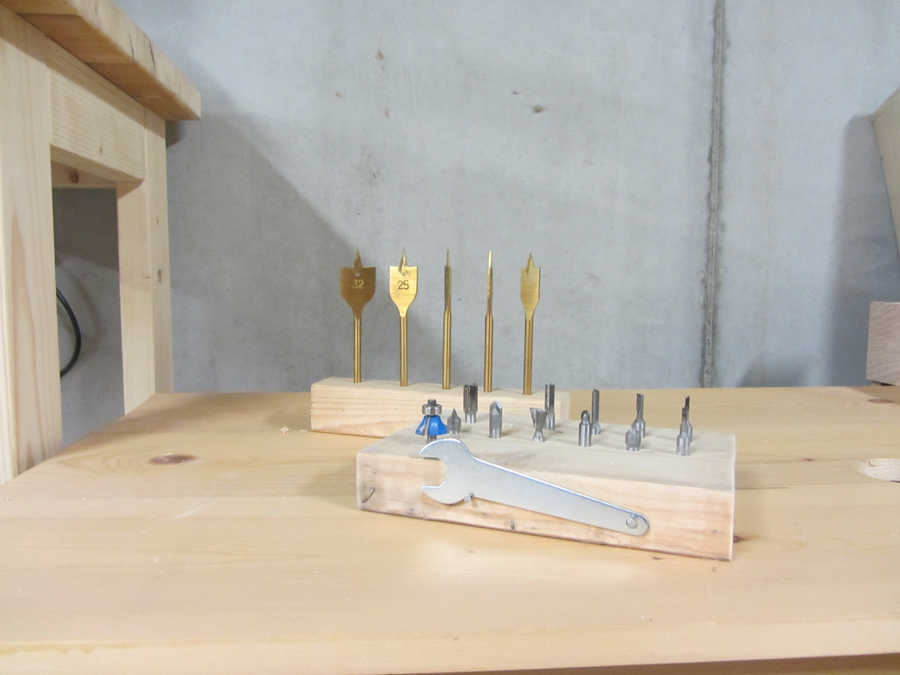 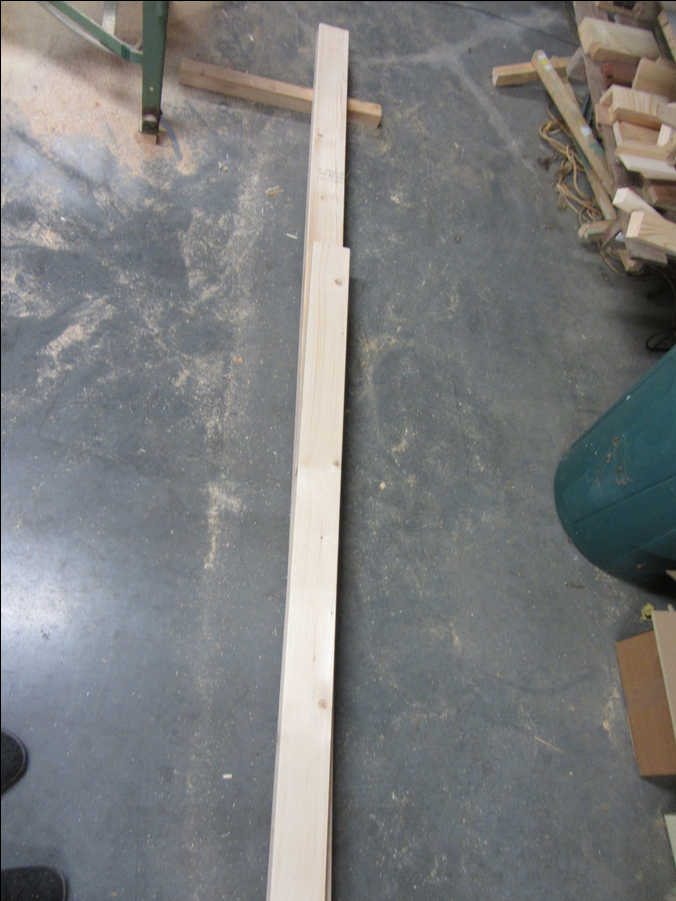 Also, this isn't the beginning, it's whats left over. I forgot to take pictures before I started cutting the wood. The reason there is quite a lot left over is because I made the top out of a different (wider) board. 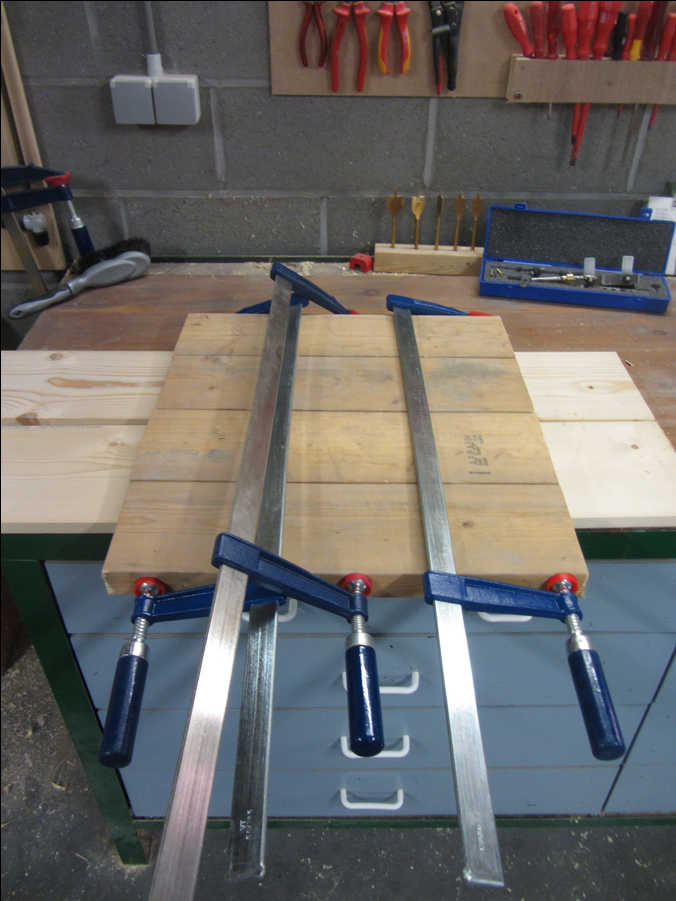 Top glued and clamped up. There are 9 dowels on every cut, and I glued them per pair first. You are probably thinking I should have added some horizontal support, because now the top will be bent. You are right. 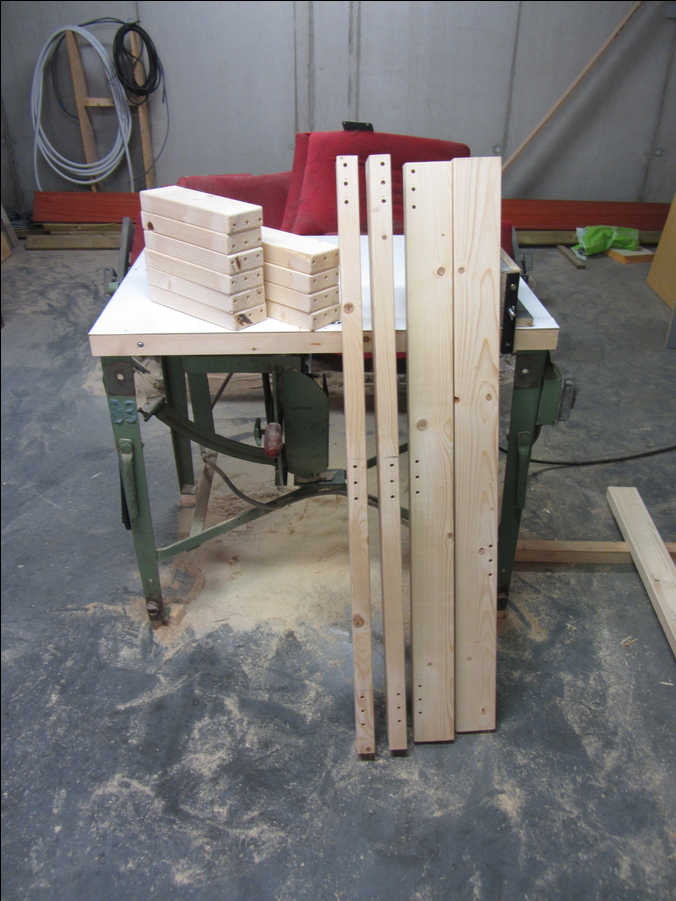 The wood for the base itself. It's 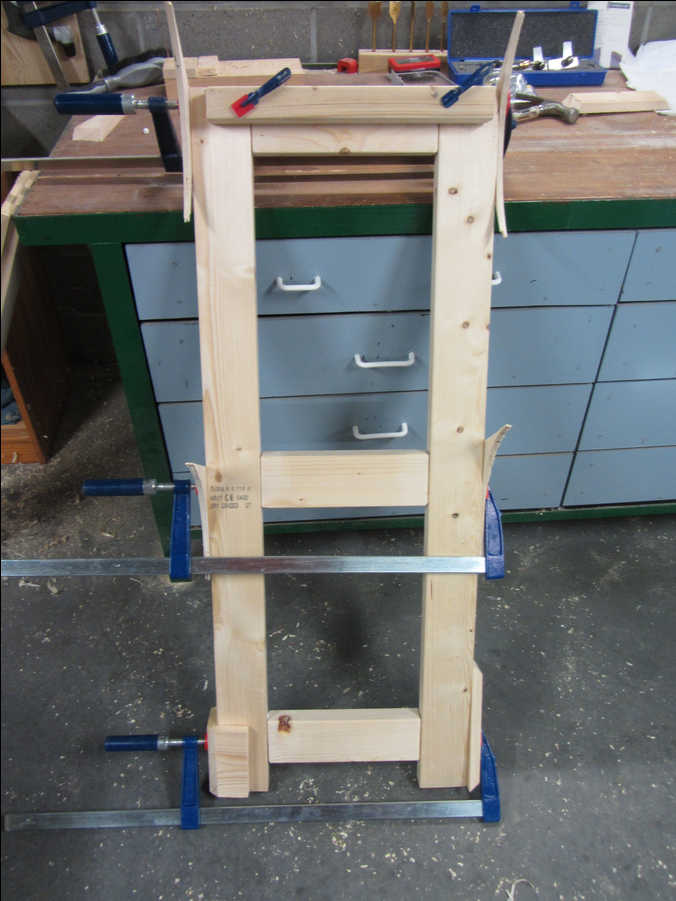 First side clamped up.

In the background you can see the device I used to guide my dowels. I'm not going to give the brand so as not to become commercial or anything, but I really like that thing. 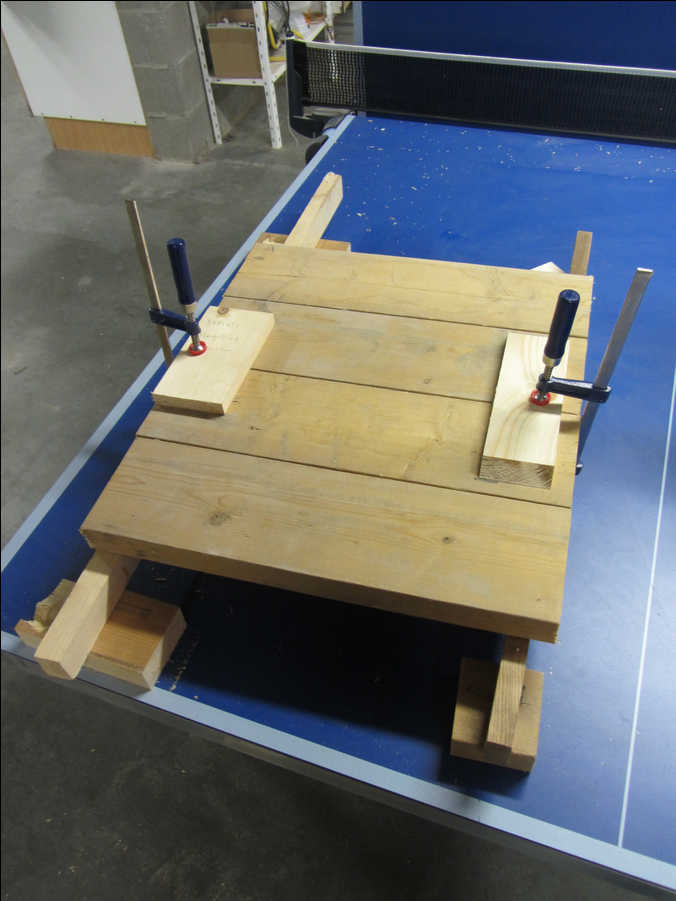 Top clamped up for straightening. This didn't help in a lasting way. 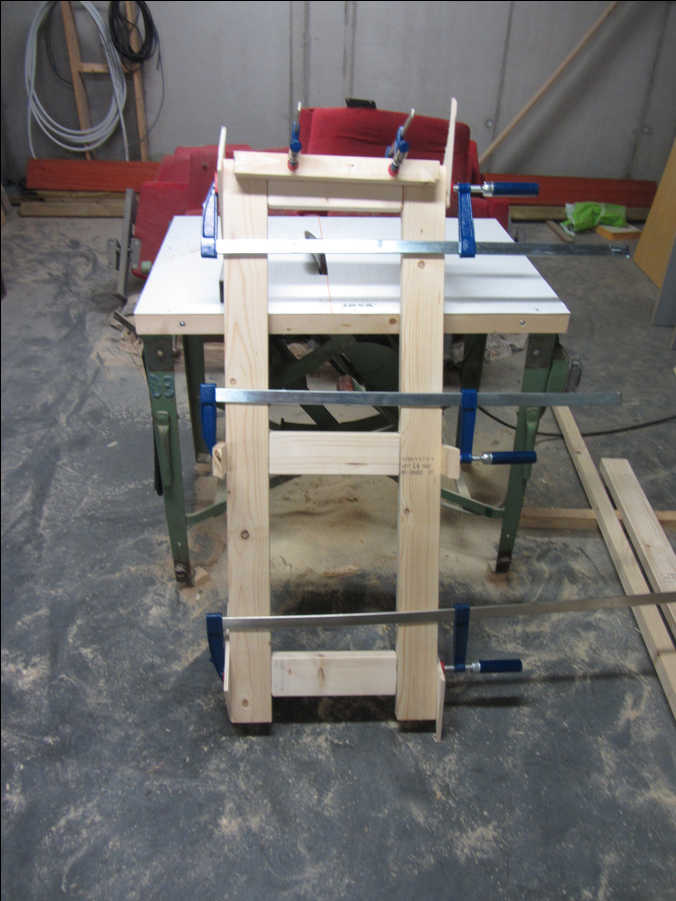 Second side clamped up. I actually bought some new, longer clamps for this project. Any excuse will do to buy extra clamps really...

Also, the 'ikea' on my table saw is just the ikea-ruler I pasted on there to help with the measuring... 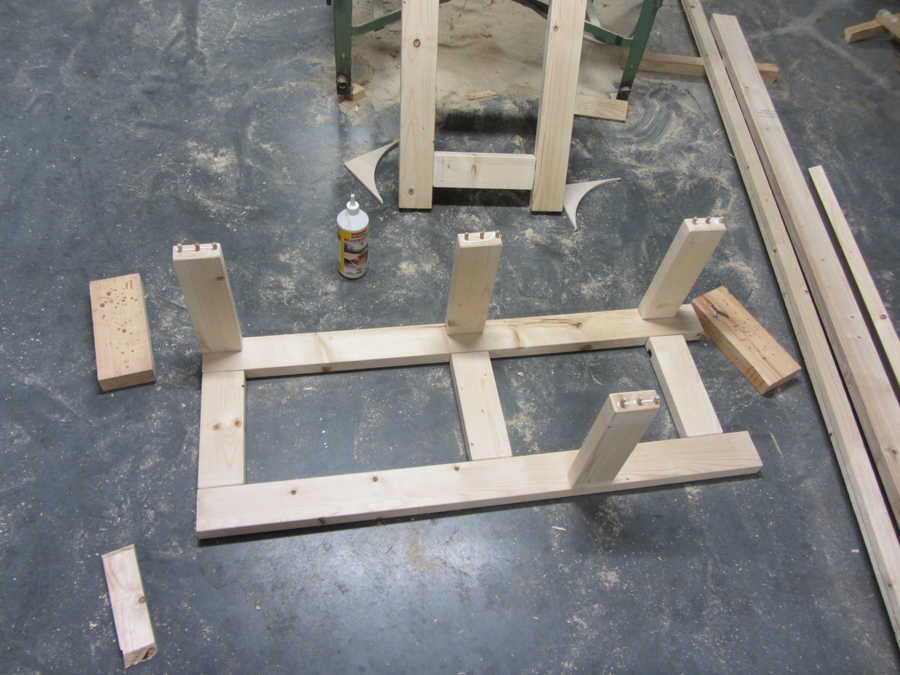 Horizontal spacers glued up half way... 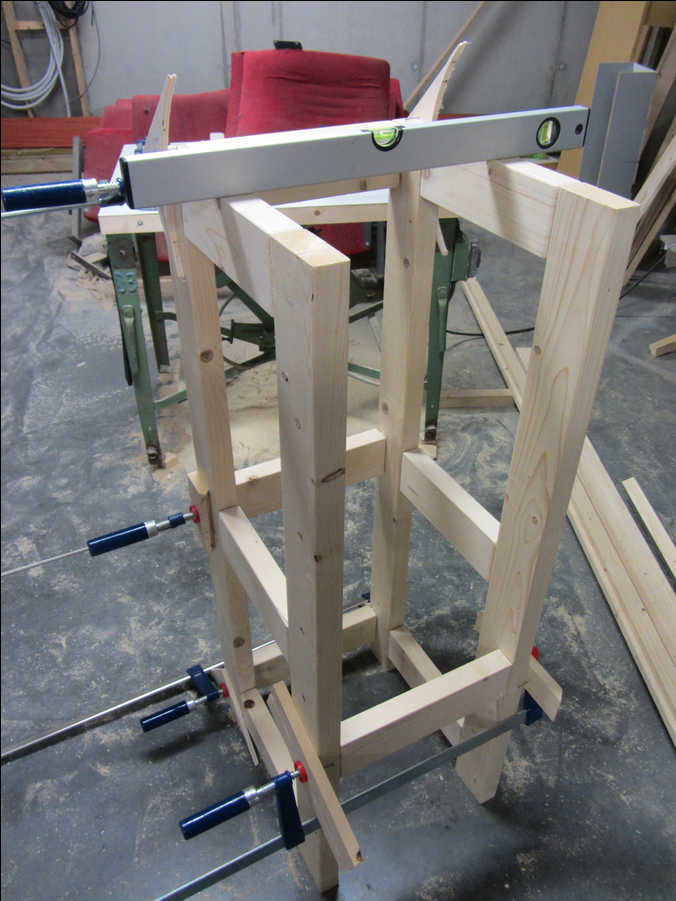 ... and the other side against it. 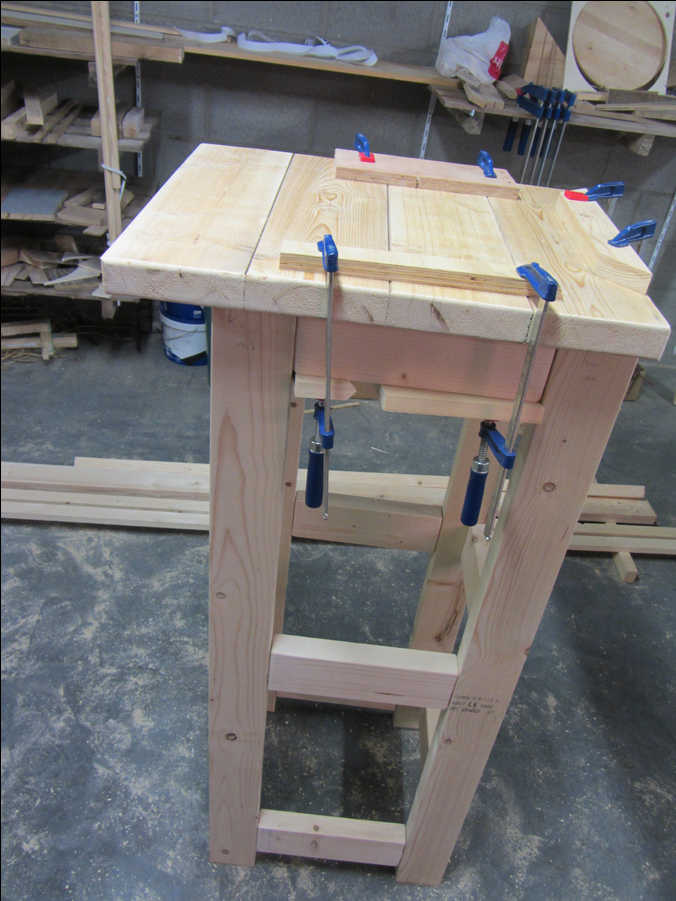 The top sanded glued in place. 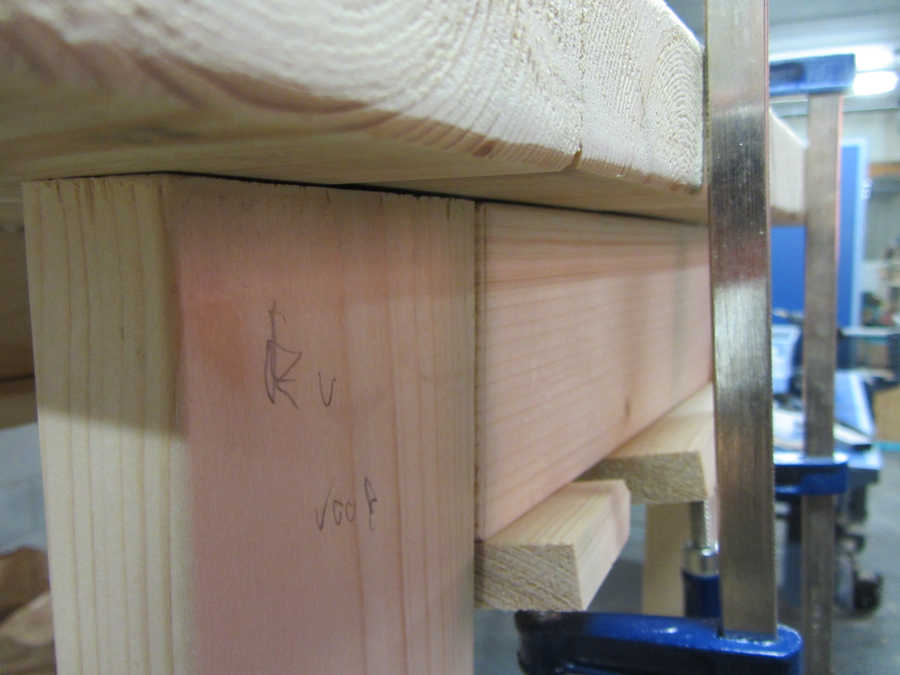 And the bending is fixed thanks to te dowels and glue underneath!

Ugly pencil marks will be sanded away later on. 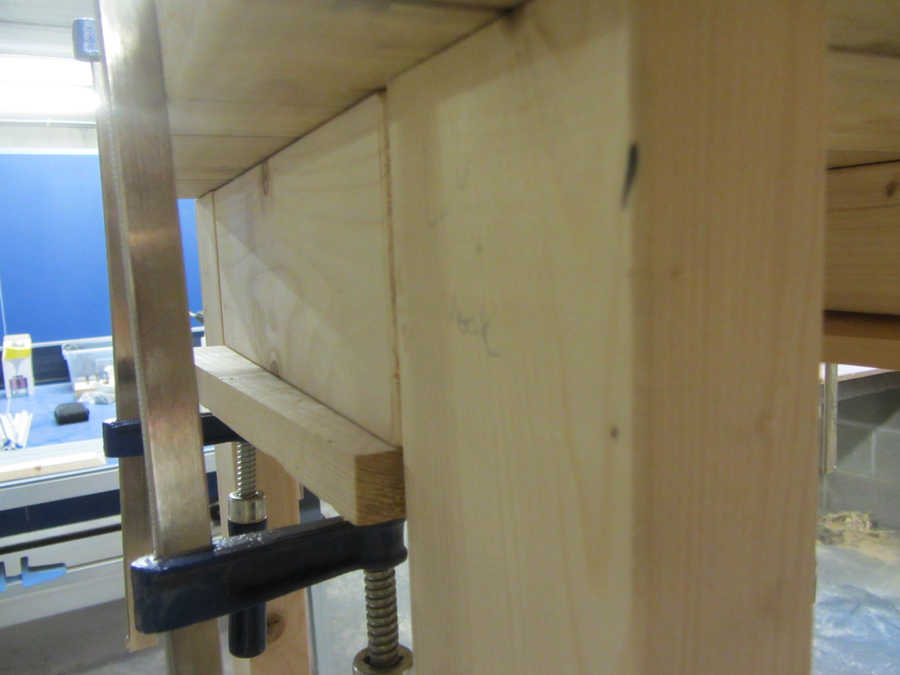 About the rounding; I actually wanted wood withouth the rounded corners, but this seemed to be the only wood they had in stock. So I also rounded the wood where I had cut it, because that looks a bit nicer. 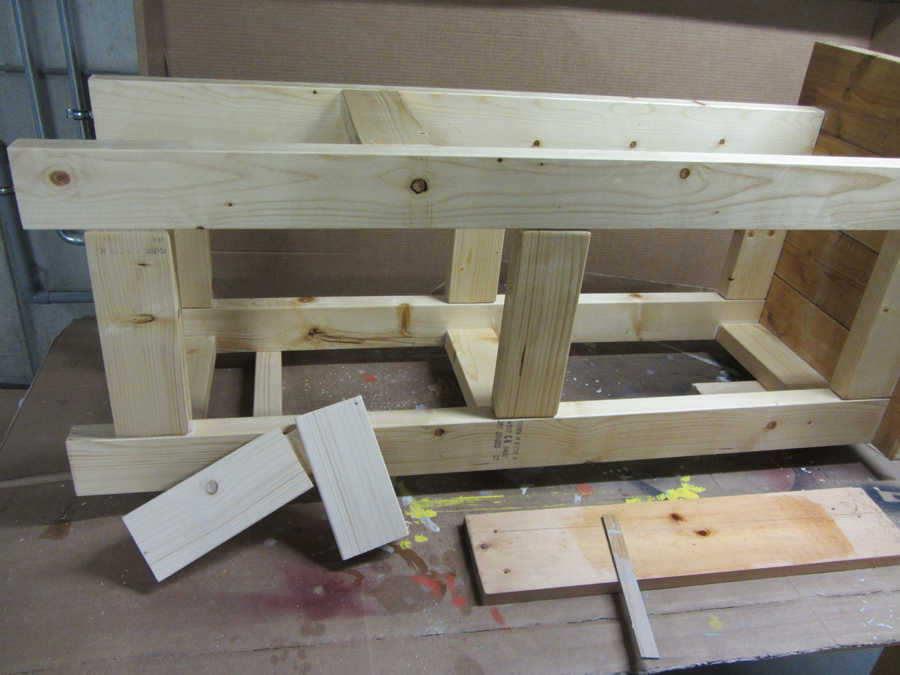 After sanding in the painting station. I gave it one coat of oil. To have the lettering on the wood itself on the outside was actually a choice, not a mistake.

As a final bonus, in the foreground the mortise and tenon that I should have used, but didn't because I hadn't tried them yet.

Very cool! Thanks for sharing!