European Beech wood was used throughout this big boy bed, but the slat supports for the mattress were made with fir. #beech #toddlerbed

All of the Beech was 5/4 so the legs and headboard and sides are all laminated and doweled for extra rigidity.

The headboard and footboard use mortise and tenon joinery and nothing else.

The sides were incredibly challenging with the curve I added to keep the little one from rolling out of bed.

I intitially wanted them to have train rails as well, but the curve was too large to the trains to stay on.

The top billing for the kid of course, is the train rail on the headboard.

He loves stacking his favorites up there and playing while sitting in his bed. 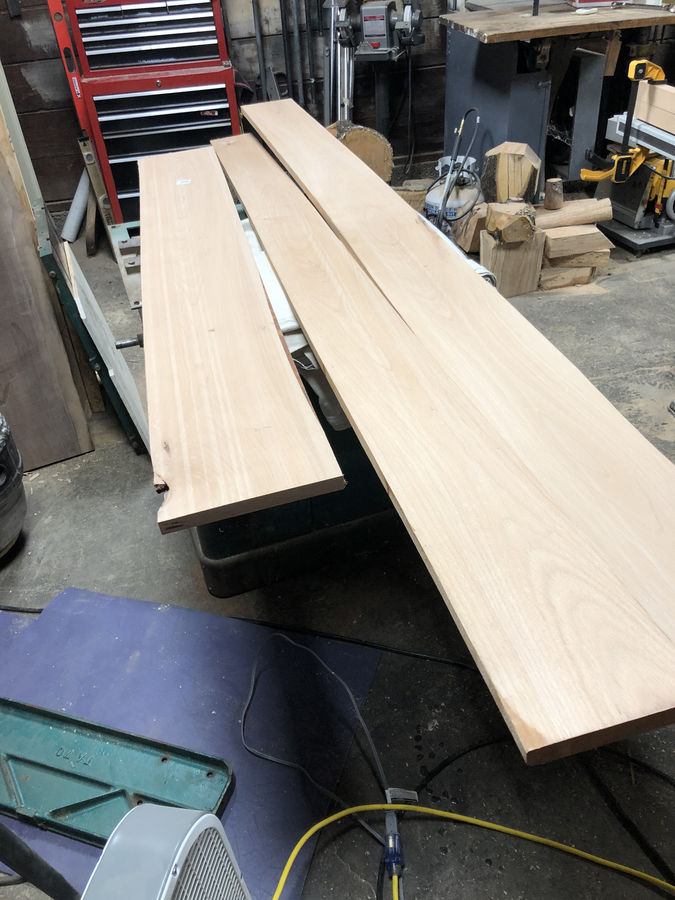 This is some (not all) of the beech used.  I ended up underestimating my needs and had to buy twice. 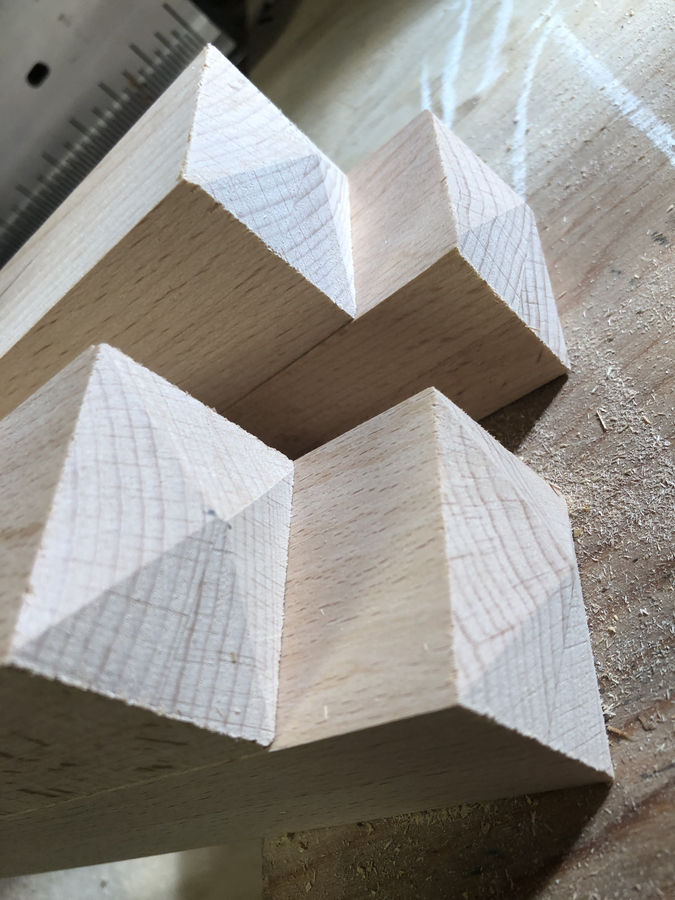 Close up of the finished post tops.  This took MANY more cuts than you'd expect.  But once I got the dimensions correct it was highly repeatable! 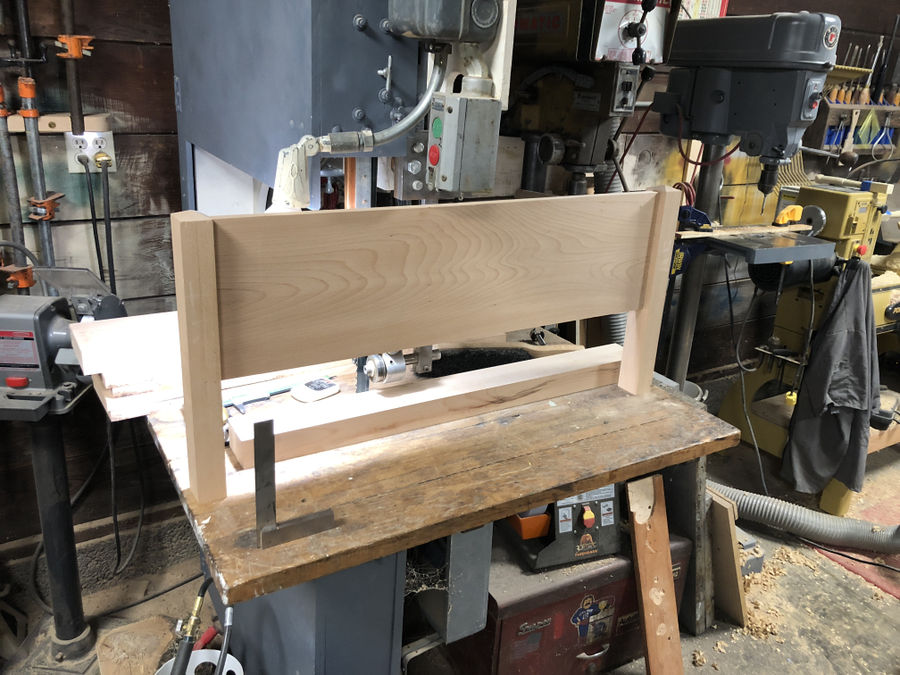 Footboard was the first thing assembled as it is only 3 pieces and not complicated. 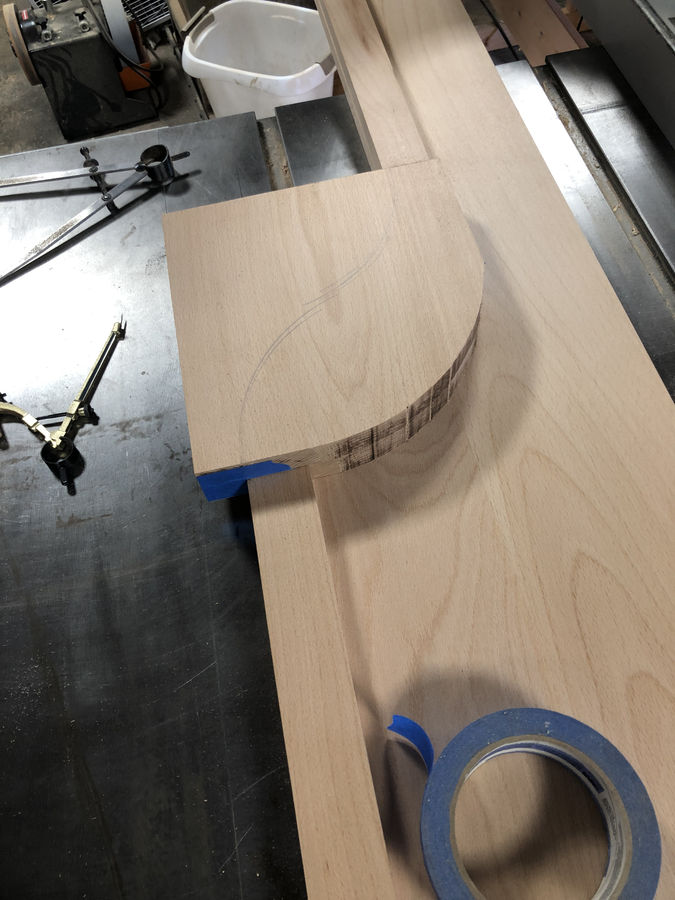 Forming and planning the bed rail shape and design.  This was sort of fun because it was whimsical. 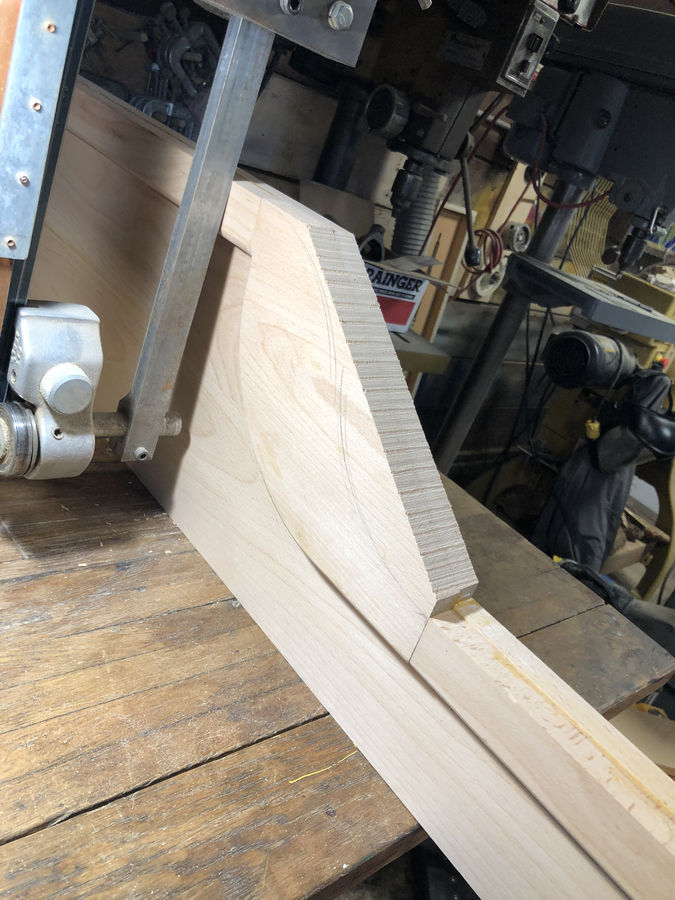 Glued up, now it was time to rough cut and begin shaping 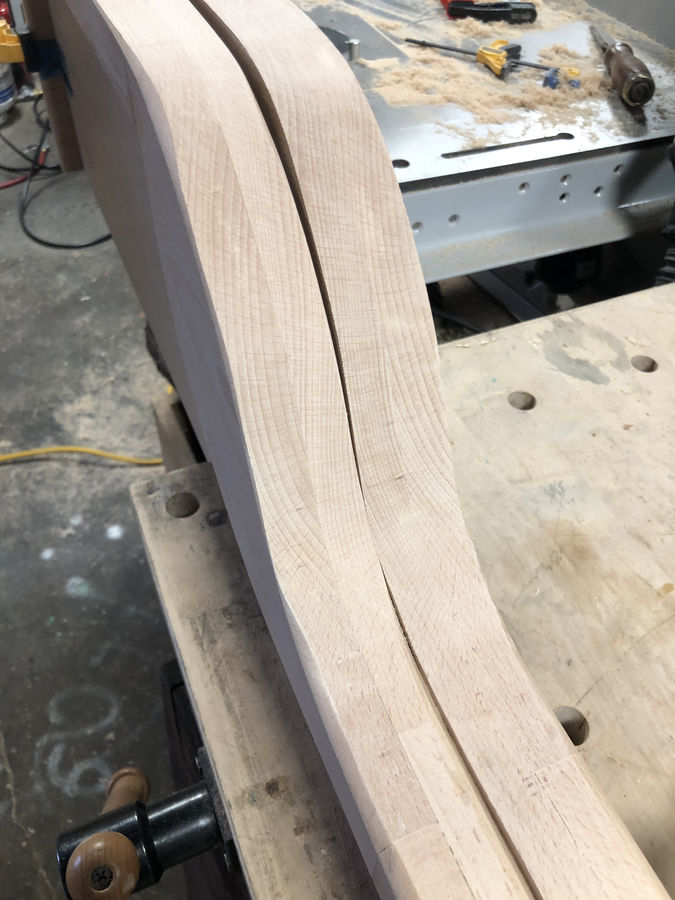 Here you can see some of the early shaping of the glued up side pieces.  I kept these tapes together for a LOT of this process just to ensure they stayed the same shape. 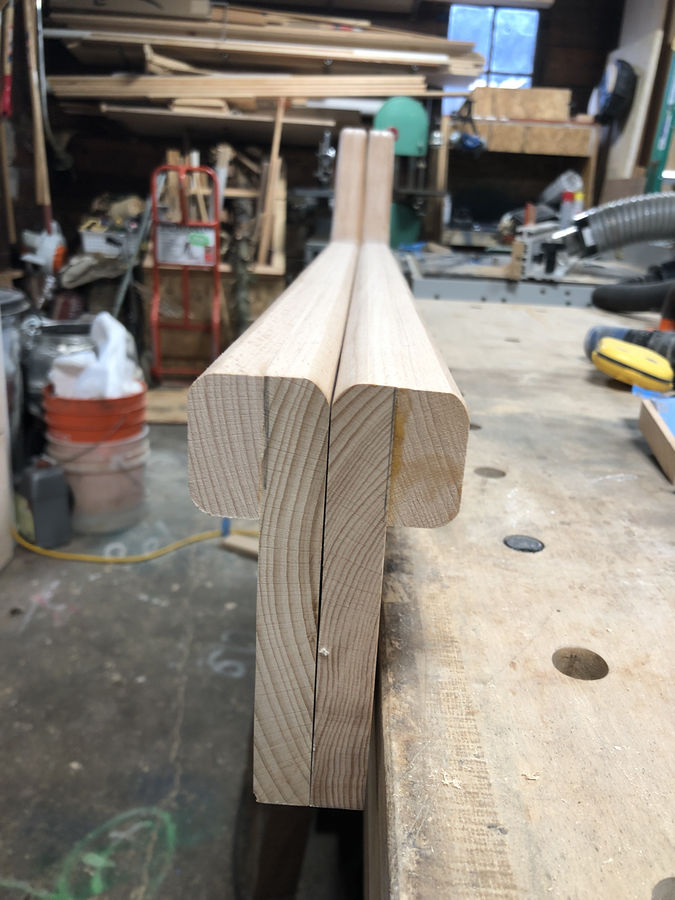 The rails were the second thing I put together.  They were a lot more complex with the curves and design I desired.  I wasn't going off a plan, so lots of things were decisions on the fly. 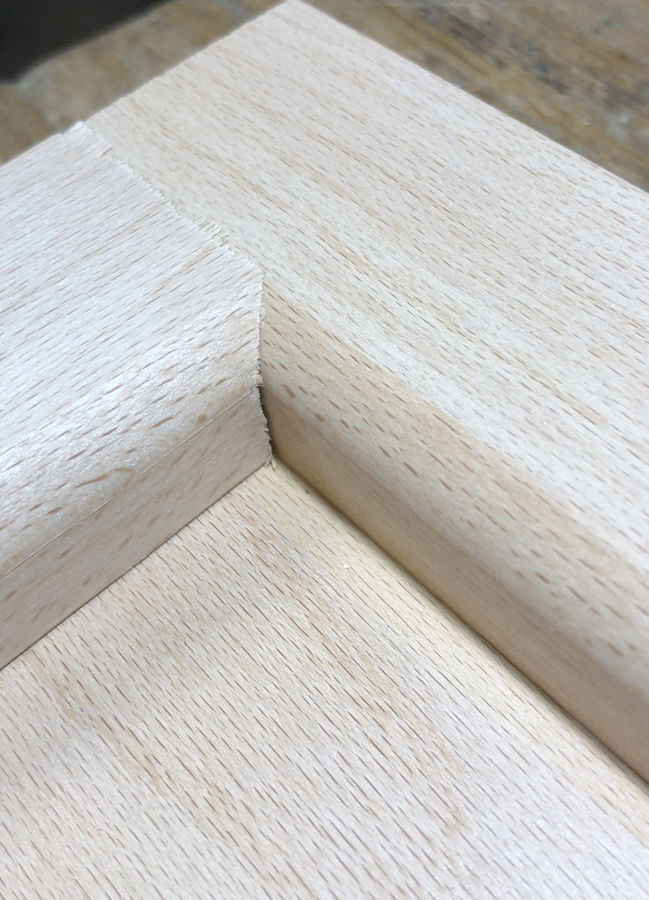 Close up of my router matching with my cove bit.  Cove.  Simple.  GET IT?  SIMPLECOVE. 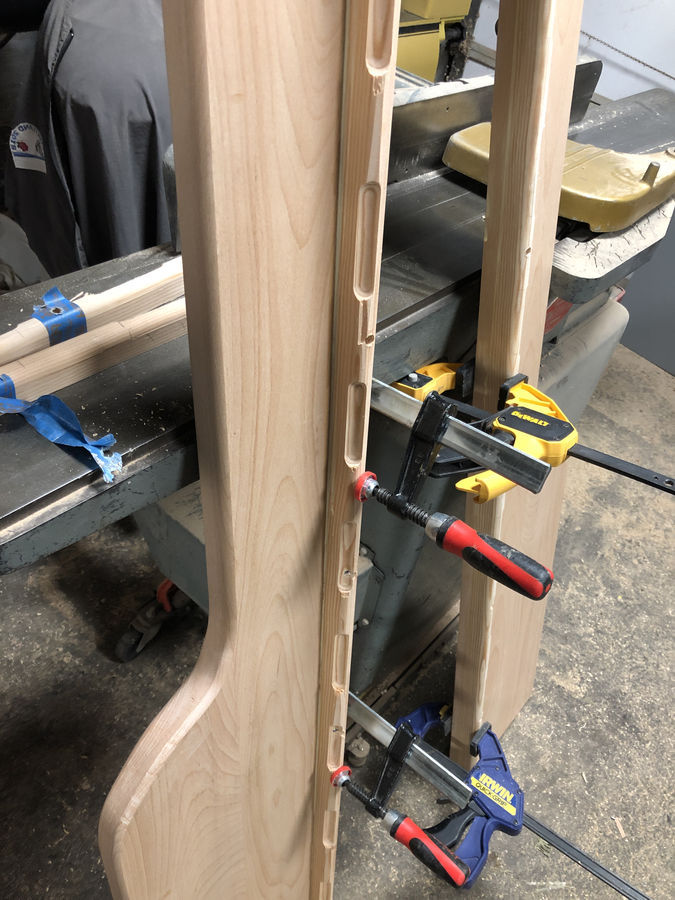 Another shot of the bed rail glue and screw up 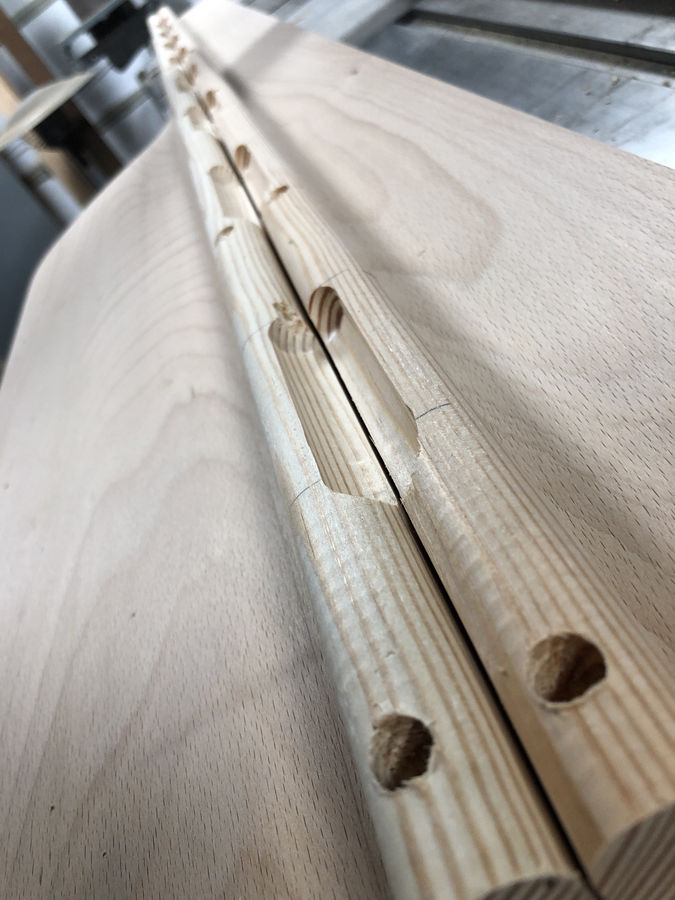 Close up of the bed slat supports.  The holes are for screws - these are the only hardware used aside from those to mount the bed rail hardware.  Note the cutouts here - that is for the slats to seat into and (hopefully) not slide around. 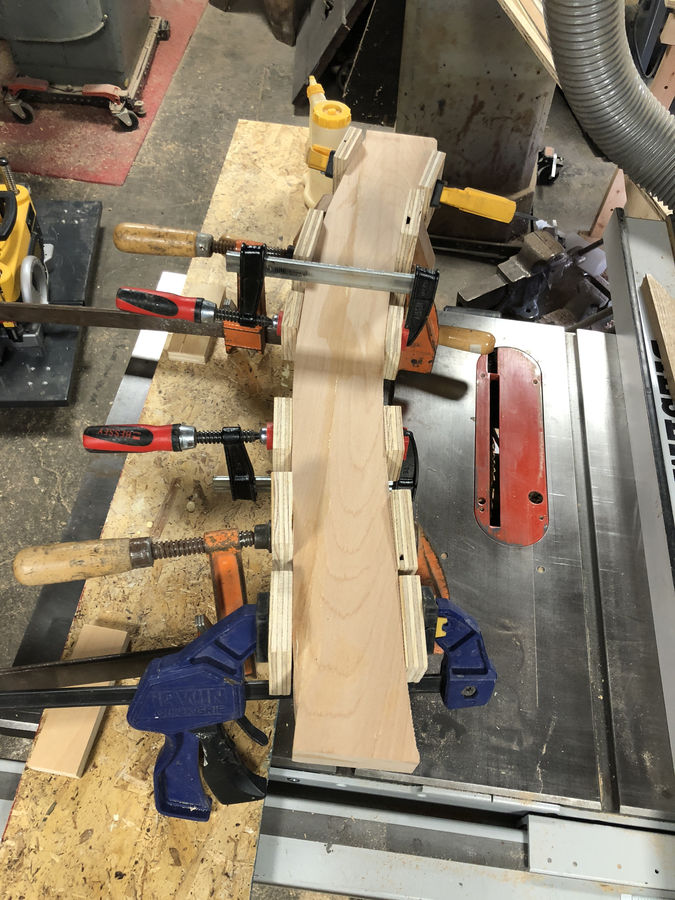 Close up of the lamination of the top part of the headboard.  I should have done this PRIOR to giving it an uneven clamping surface. 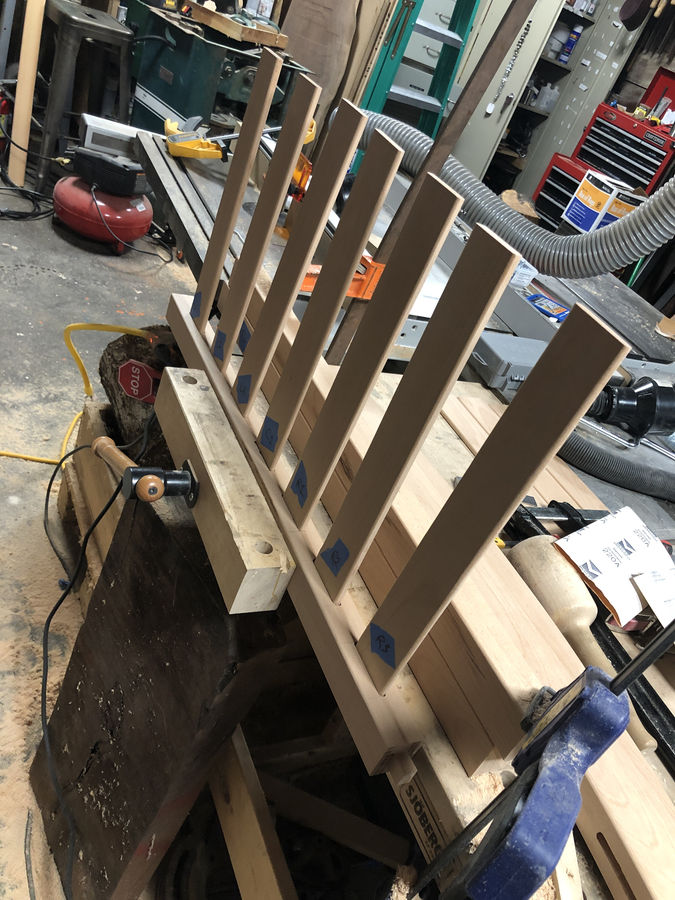 headboard glue up.  I was solo, so not many pictures of me battling slat straighness and finessing the last mortises they sat in 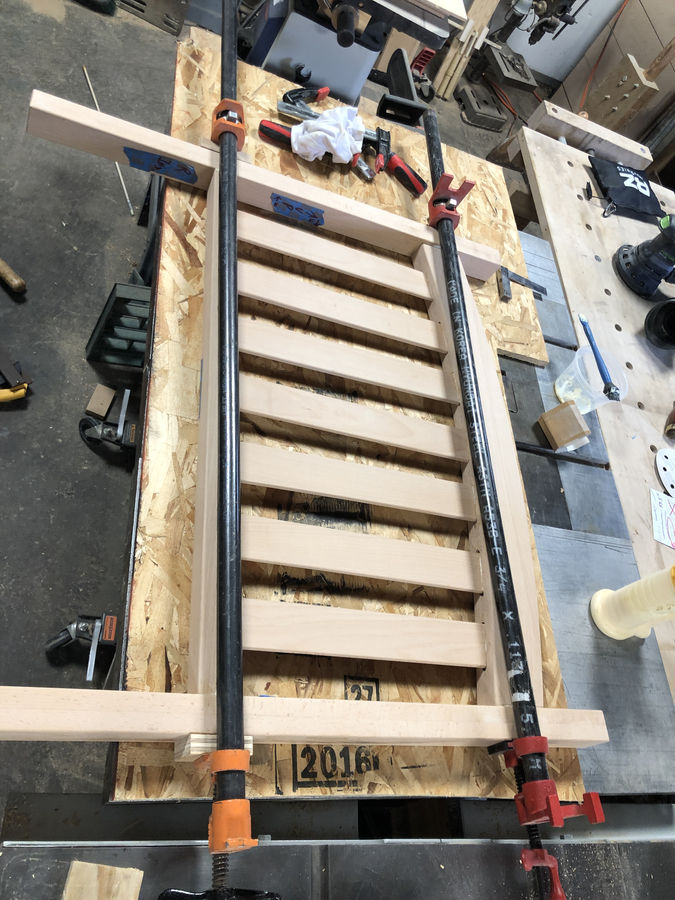 And its in one piece!  This was a major hurdle in the project - the most complicated part was a single part! 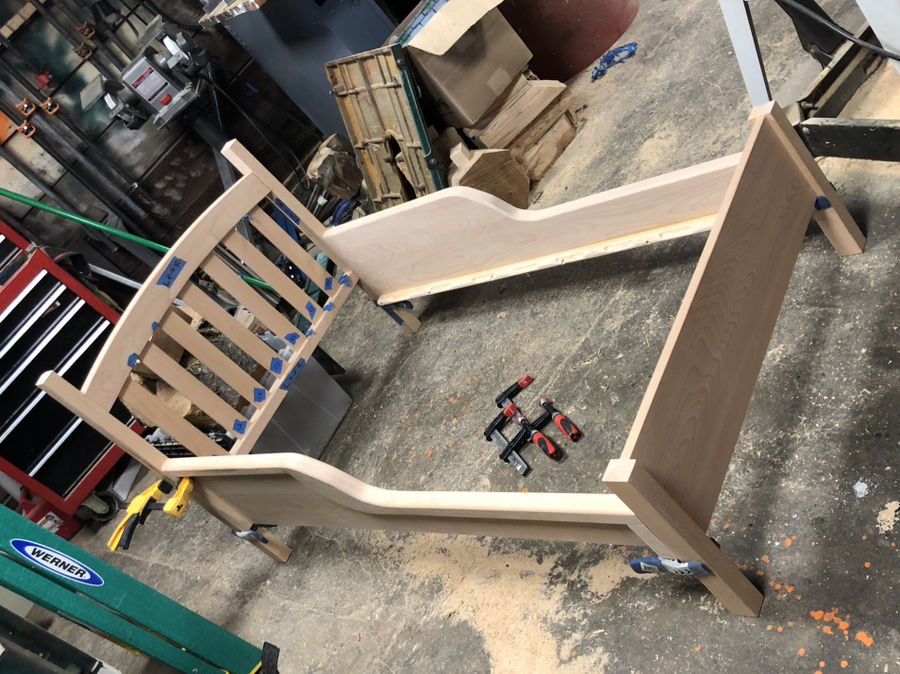 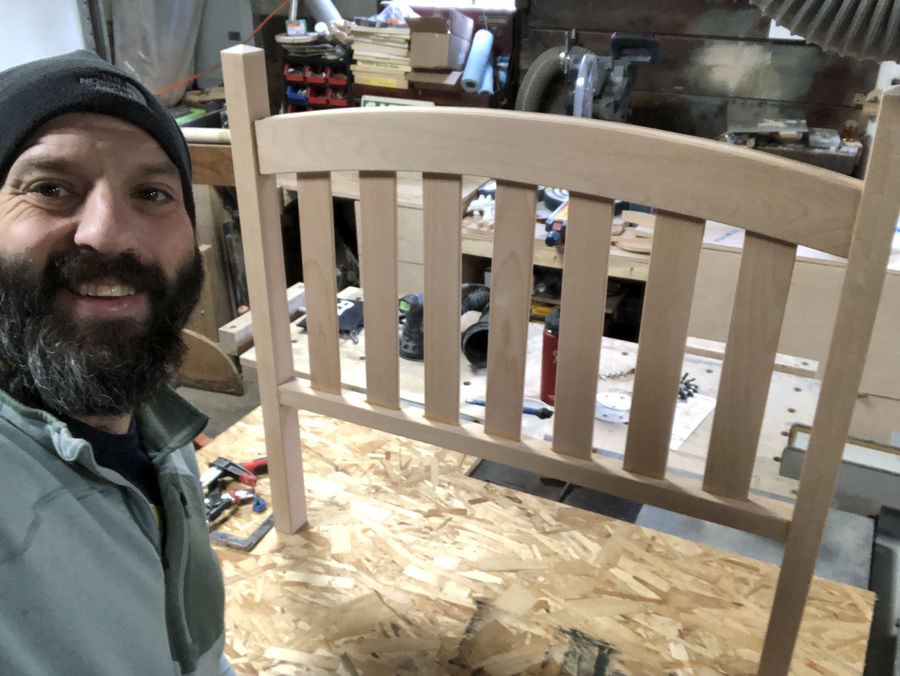 So happy the headboard is one piece now to drill a hole in it! 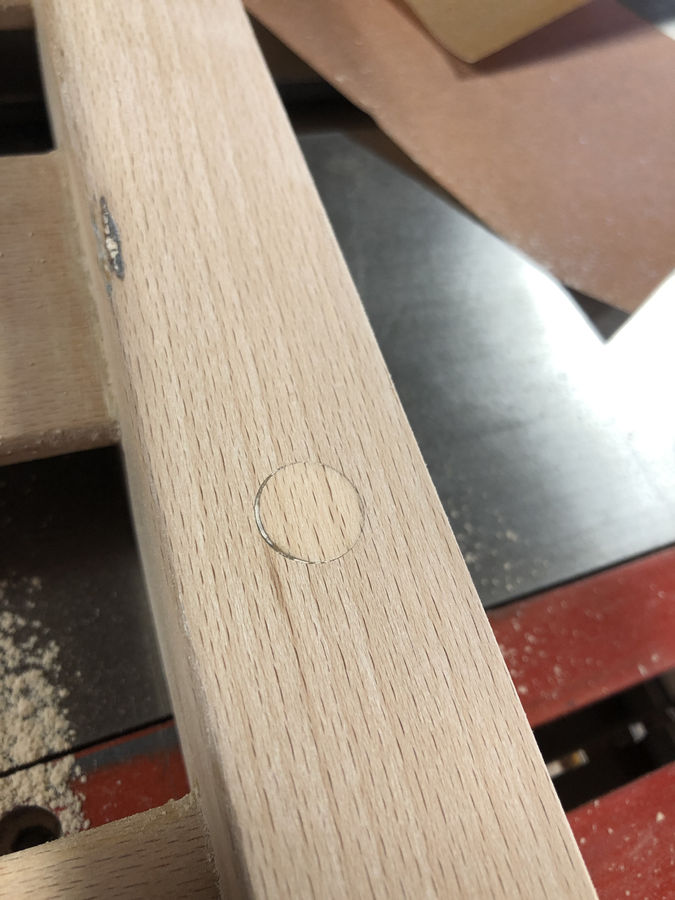 This is a hole I drilled filled with a plug I cut.  Behind the plug is a very thin, very long plane shaving of beech with a note written in sharpie on it.  I know not if it will be found in my lifetime nor my sons.  I hope it is never found, but if it is, it will hopefully mean a lot to him. 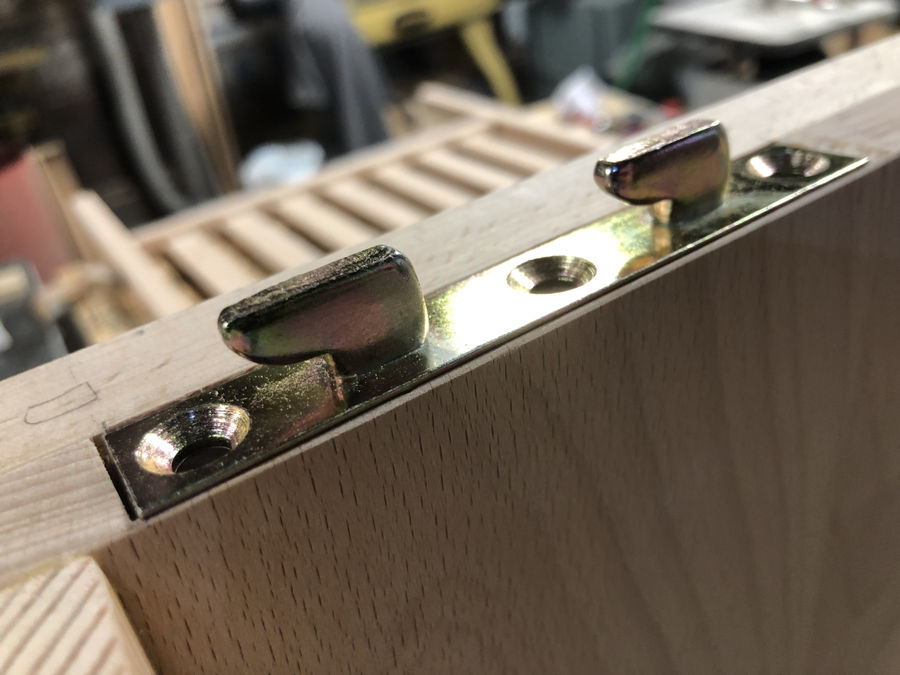 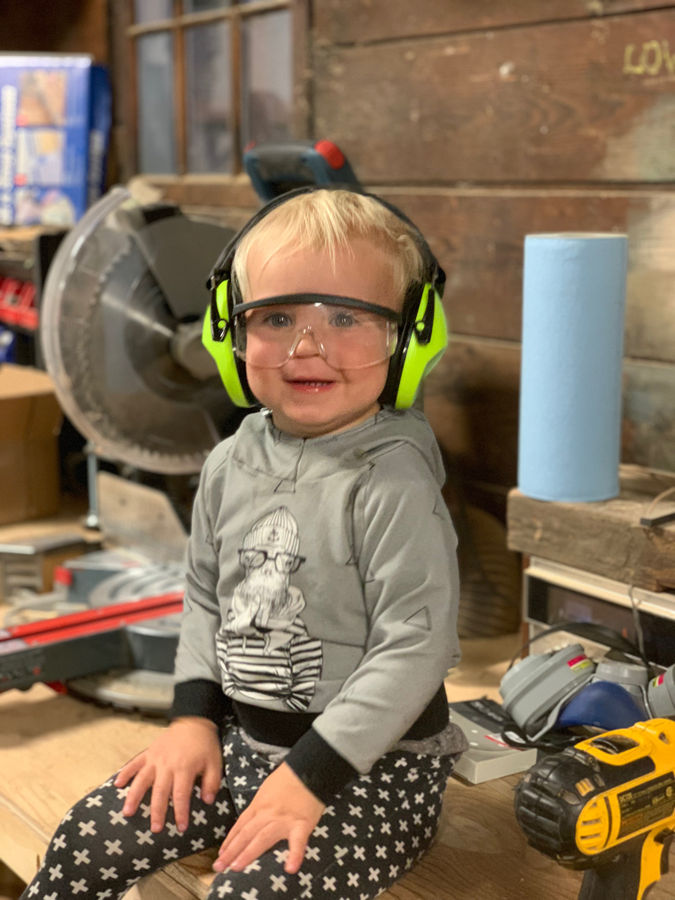 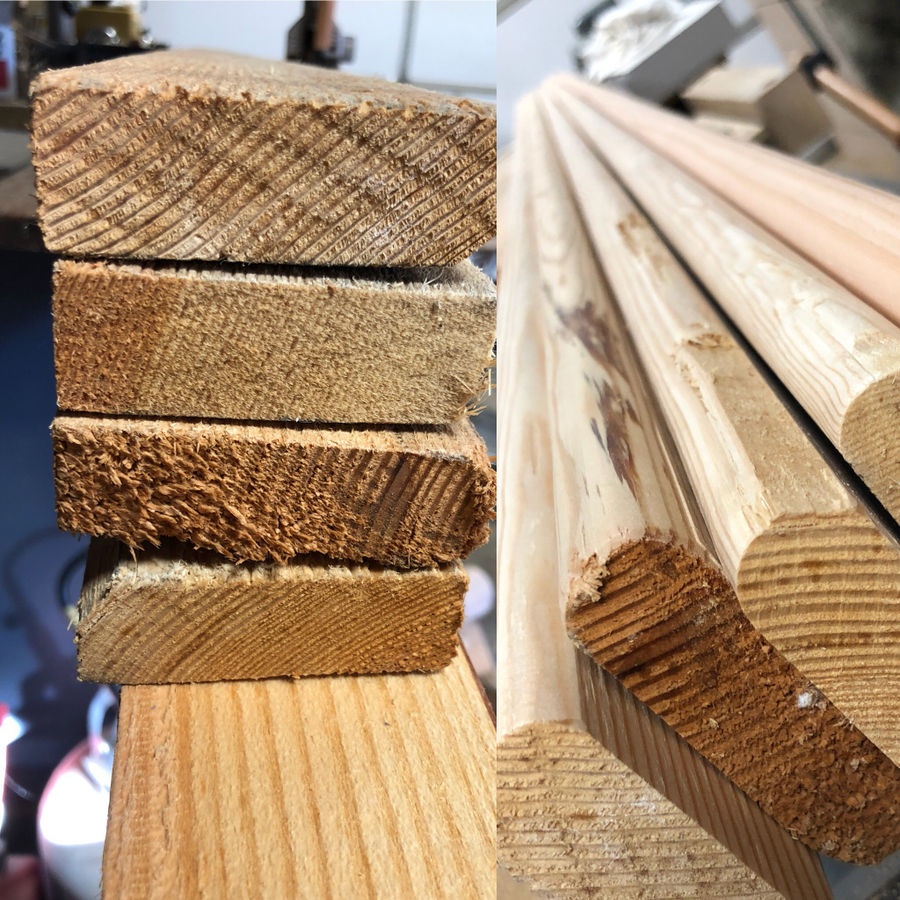 Fir bed slats.  These were really fun because they were super simple and just required rounding the edges, and a few coats of high gloss armrseal (high gloss for cleanability here!) 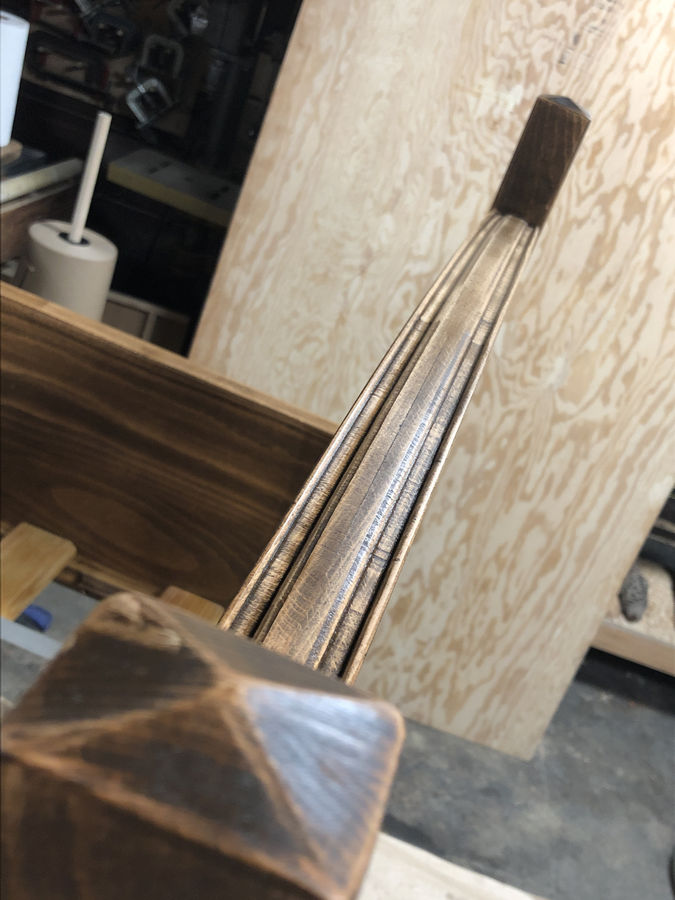 Detail on the headboard rail - this accepts Brio and other similar trains.  Rockler sells the bits to make this profile as well. 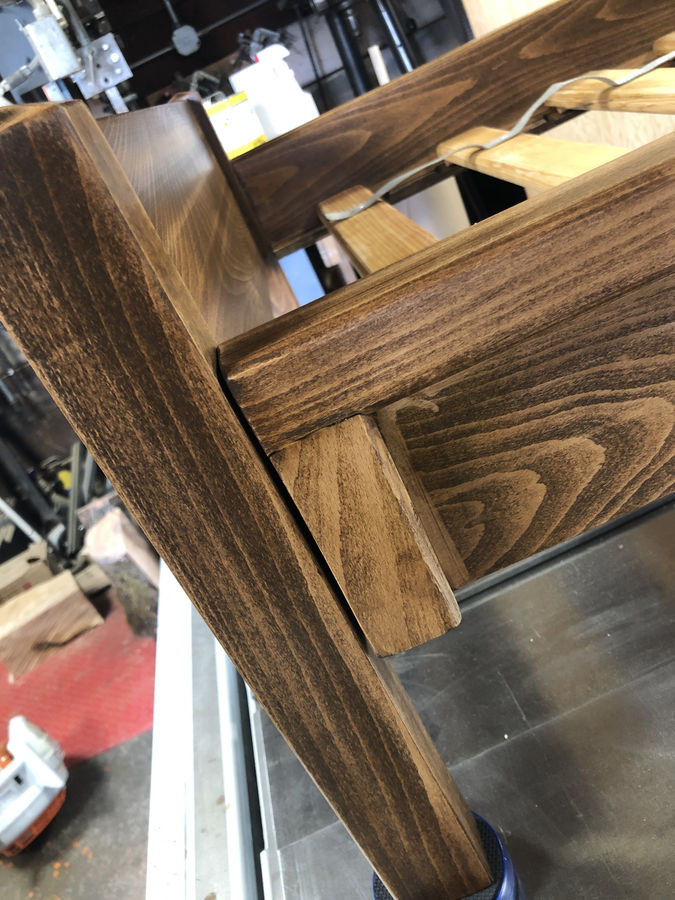 Not pictured, but this does break down and uses Rockler bed rail supports, which installed very nicely. 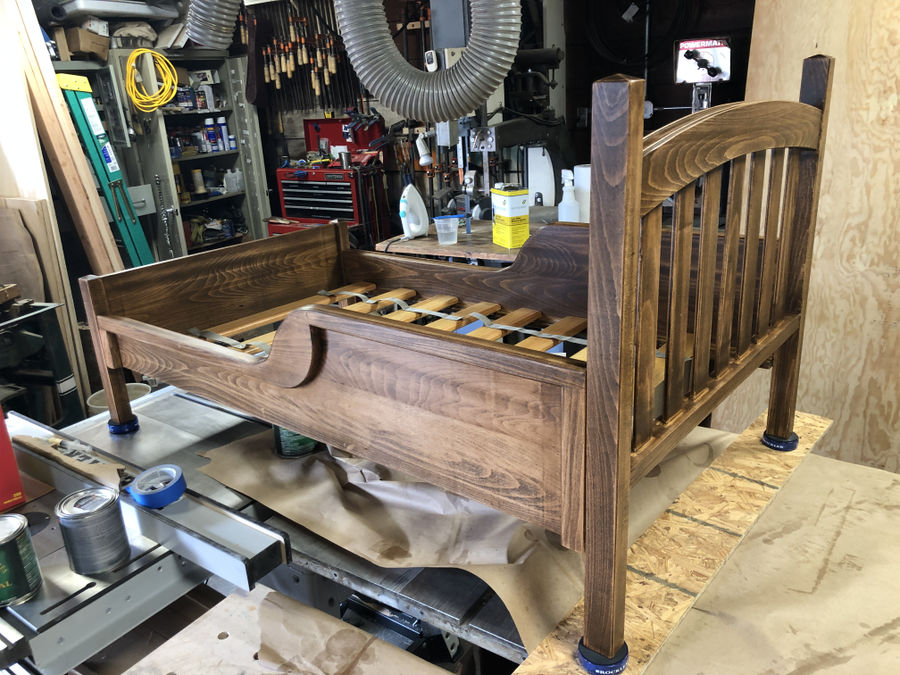 Back right side - you can see here that this is made with 5/4 boards stacked, doweled, and laminated the second thickness to the top to build the shape of the rails. 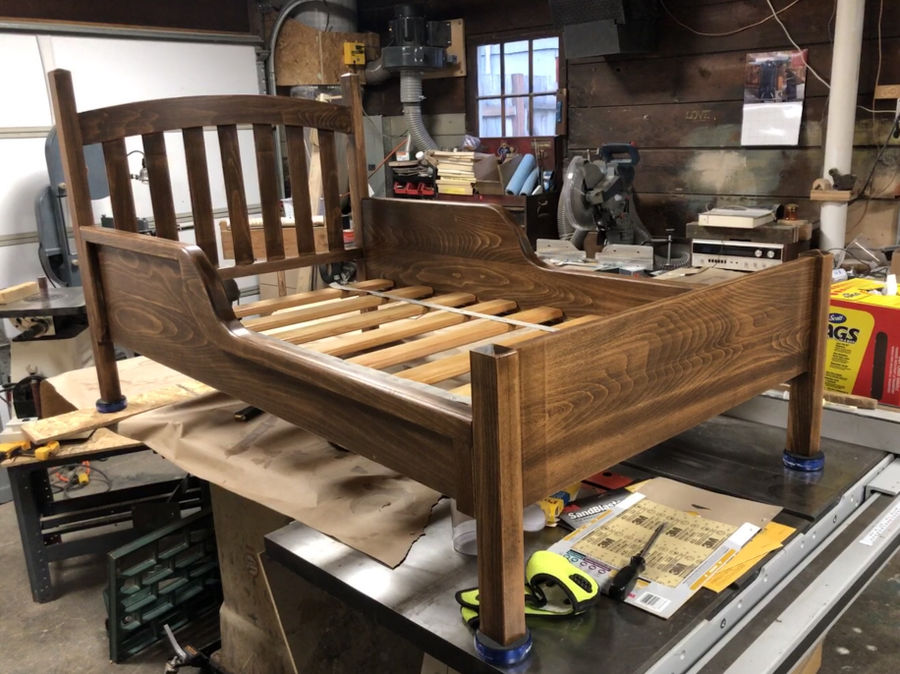 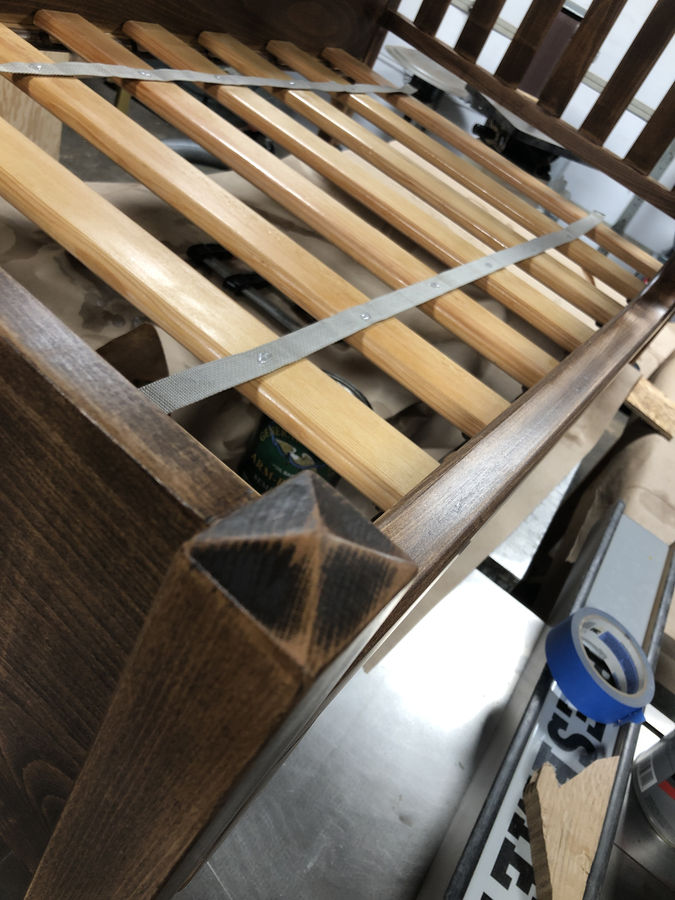 Some detail on the top of the bed posts - no real math here, just lots of testing until I could make the points centered.  Love the way the gelstain applied here - really adds to the antiqued feel a bit 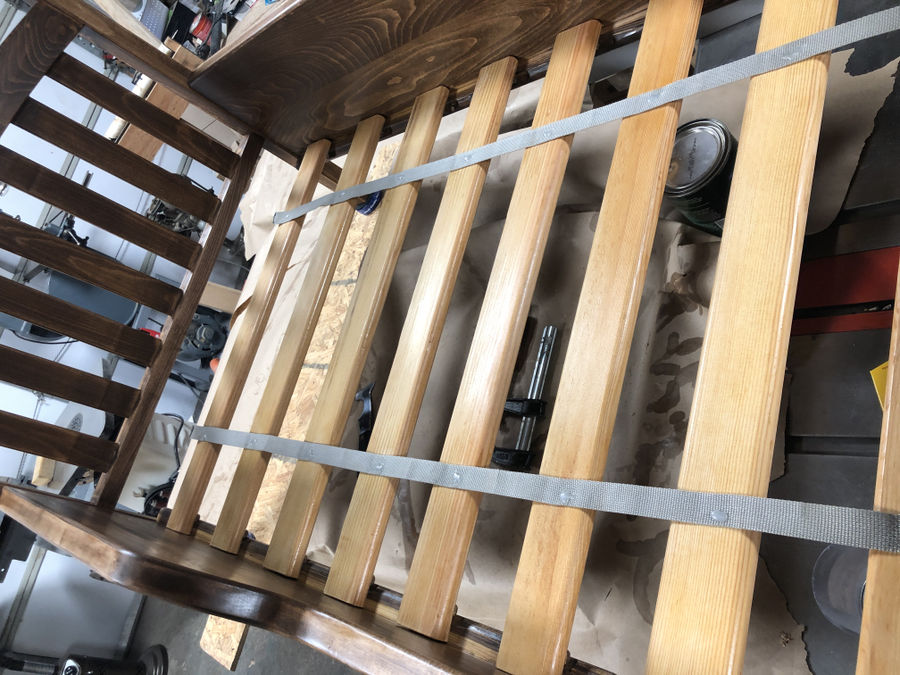 I decided the slats should roll up for easy packing/handling.  The nylon webbing was courtesy of my wife, which I then stapled and then hot glued down (concern was the staples rubbing/ripping the mattress here) 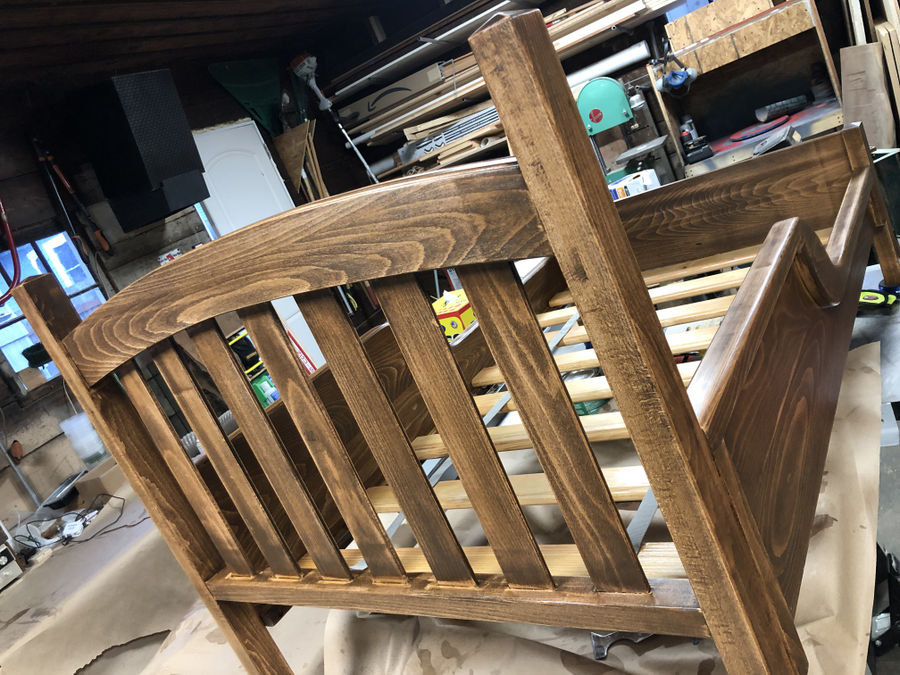 Detail on the headboard.  This is the side you never really see, but you can sort of see my laminations and my efforts on joinery for those slats.  That was a one man glue up, and was crazy hectic. 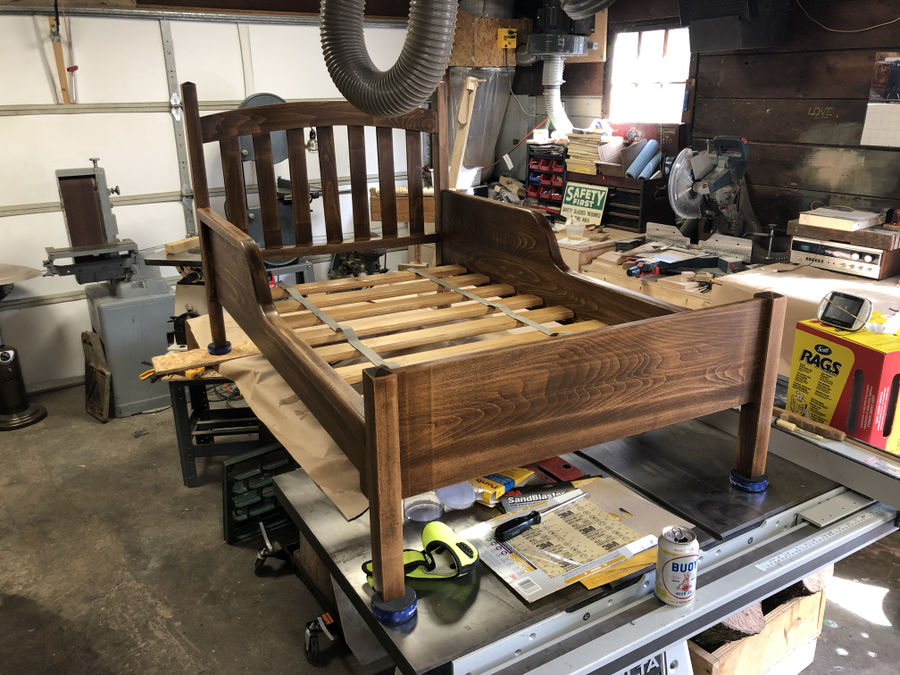 Overall shot of it 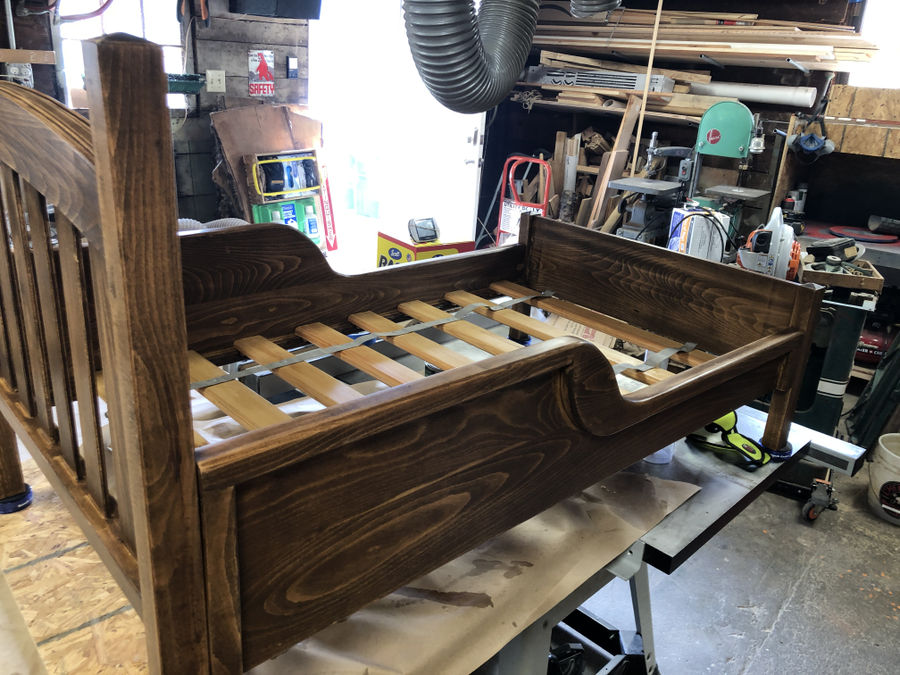 Another view of the sidebboard 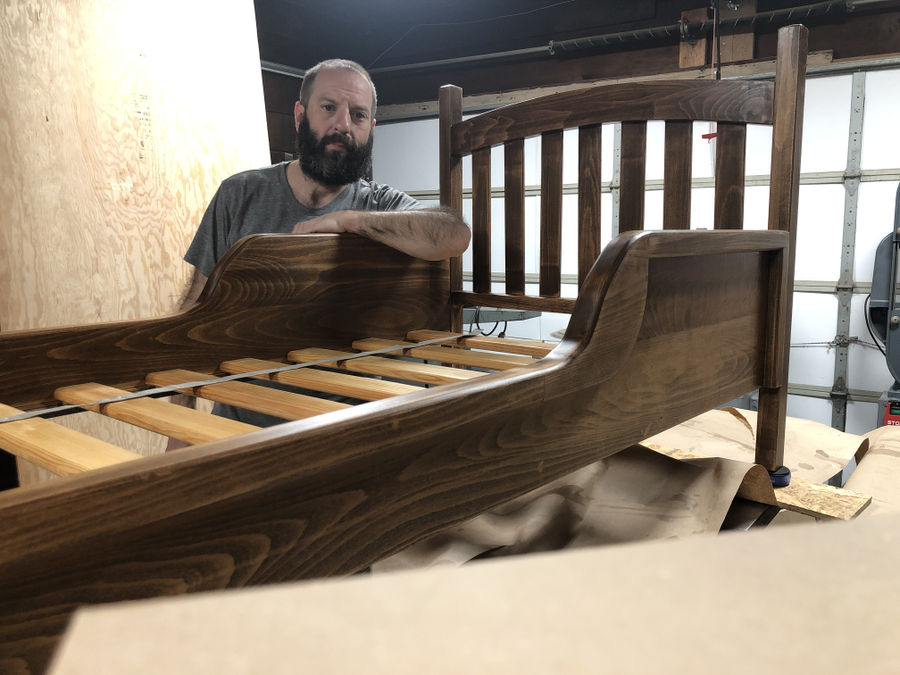 Hey, that's me!  If I look tired, its accurate - I was SO happy to have this project done and ready to move out of the shop!

That's such an awesome bed! Great job and thanks for sharing here on SimpleCove.