It will be a birthday present in a couple weeks for my daughter, which is why it's such a bright purple. My hope is that she'll use it for keepsakes and whatnot. 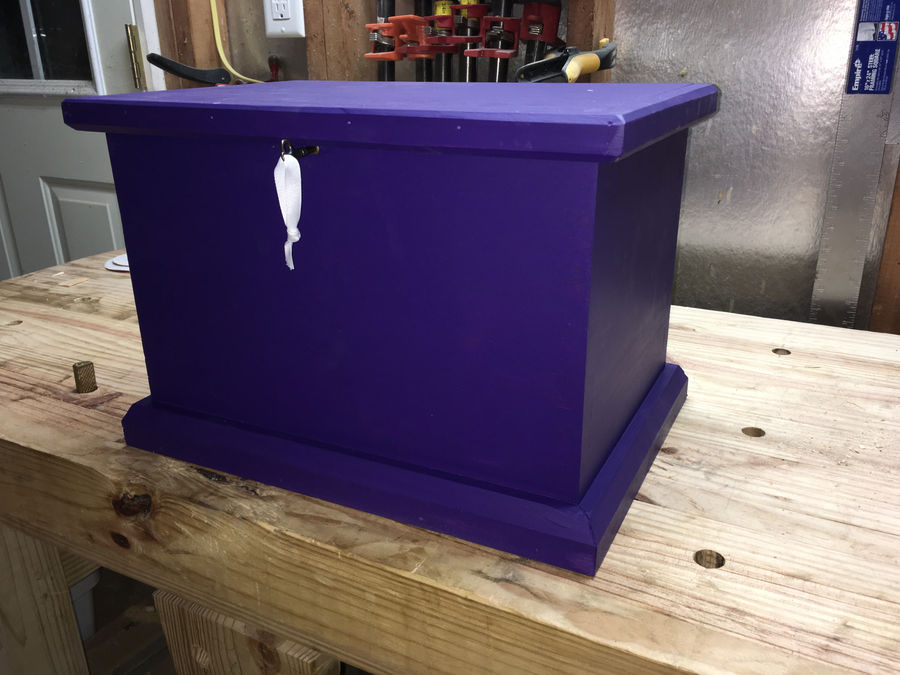 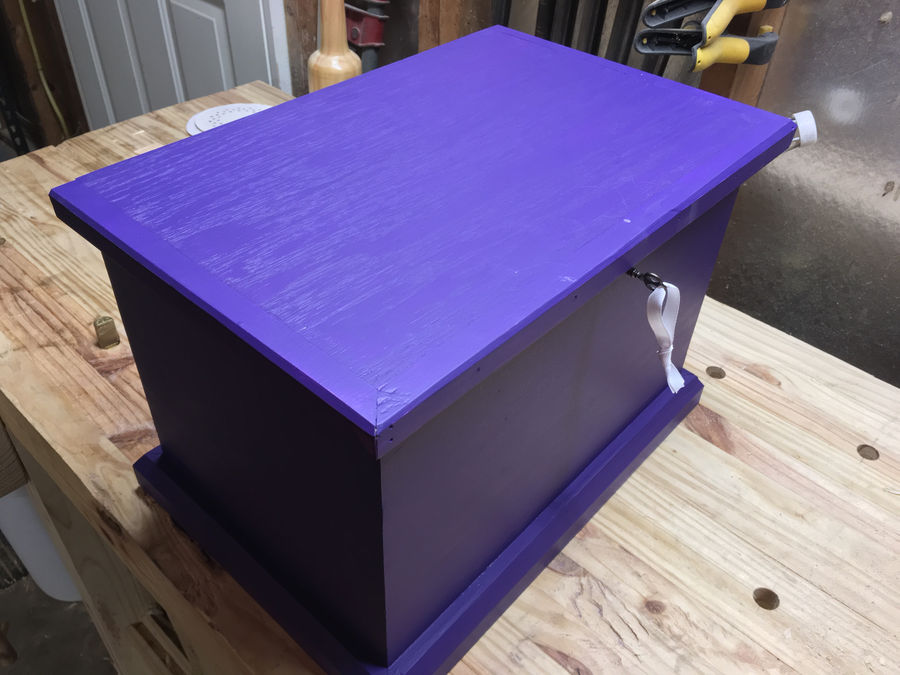 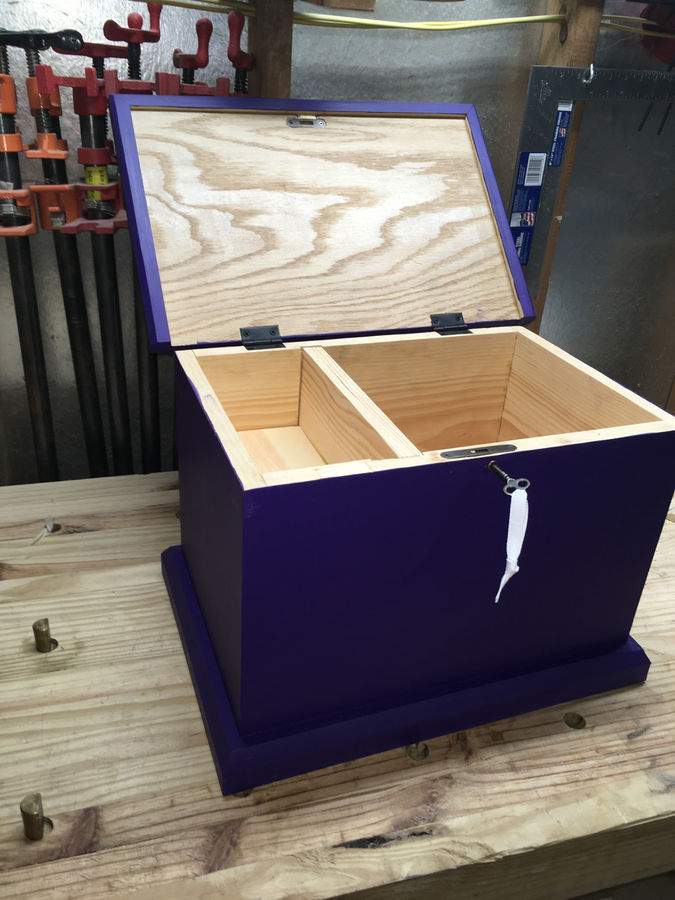 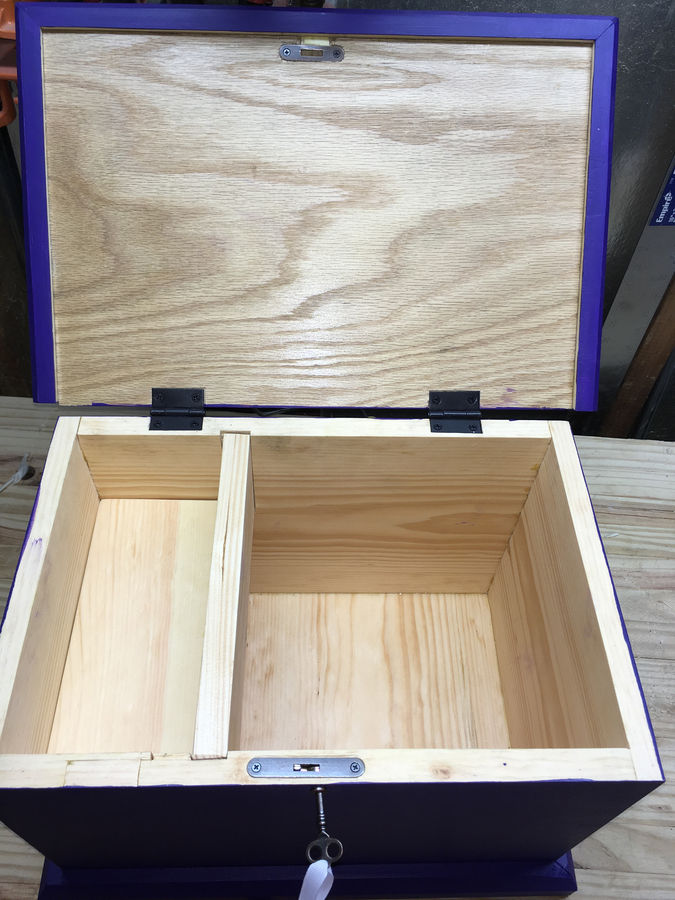 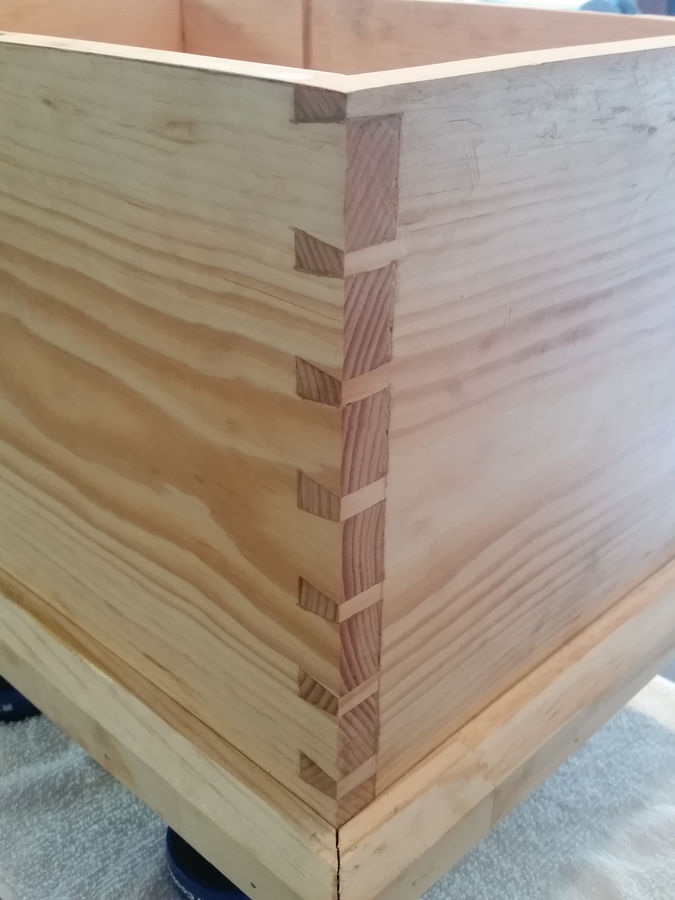 First time doing dovetails. They took WAY longer than I thought they would, but I'm glad I tried. Big shout-out to Jonathan Katz-Moses and his dovetail jig. It gave me the confidence to actually do the build and try handcut dovetails. Eventually I'll worky way up to freehand cutting, but in the meantime, the jig is a great learning tool. 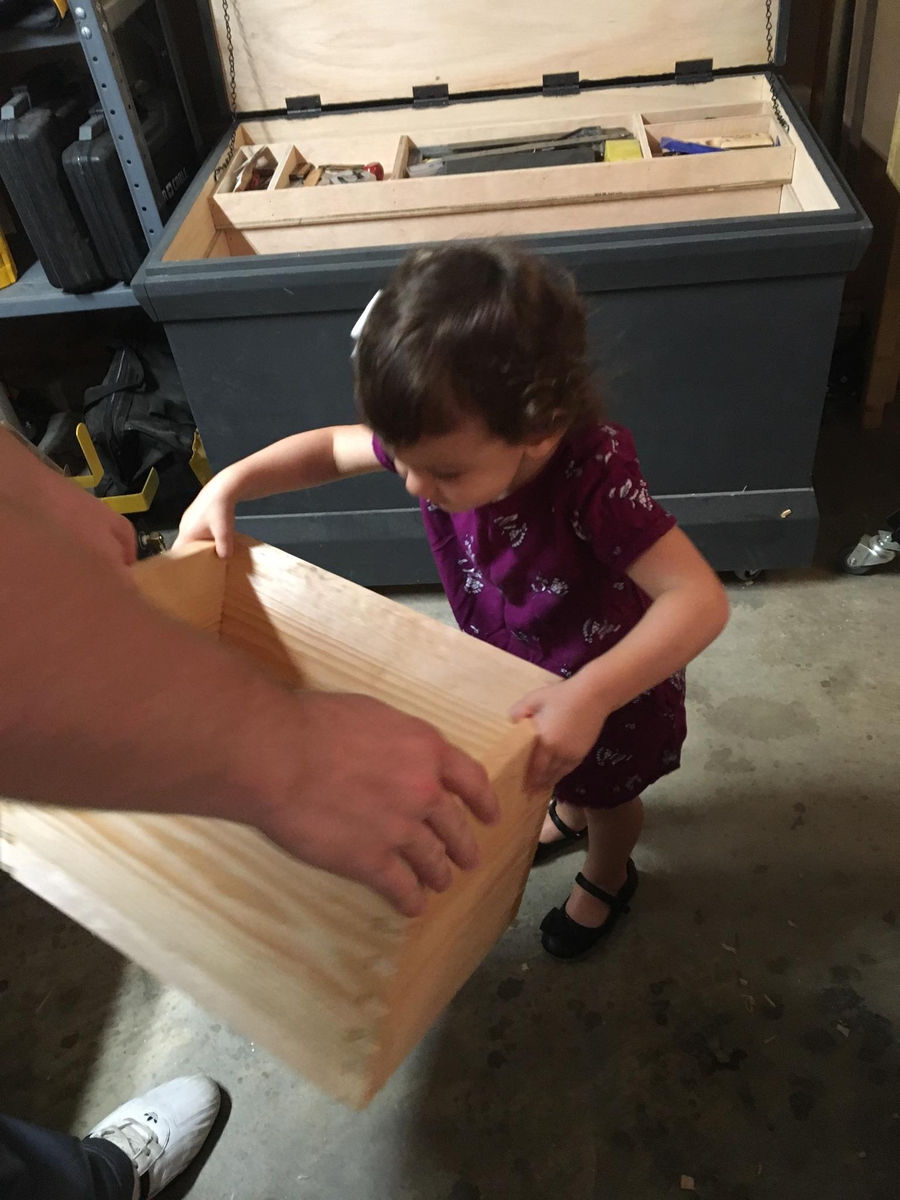 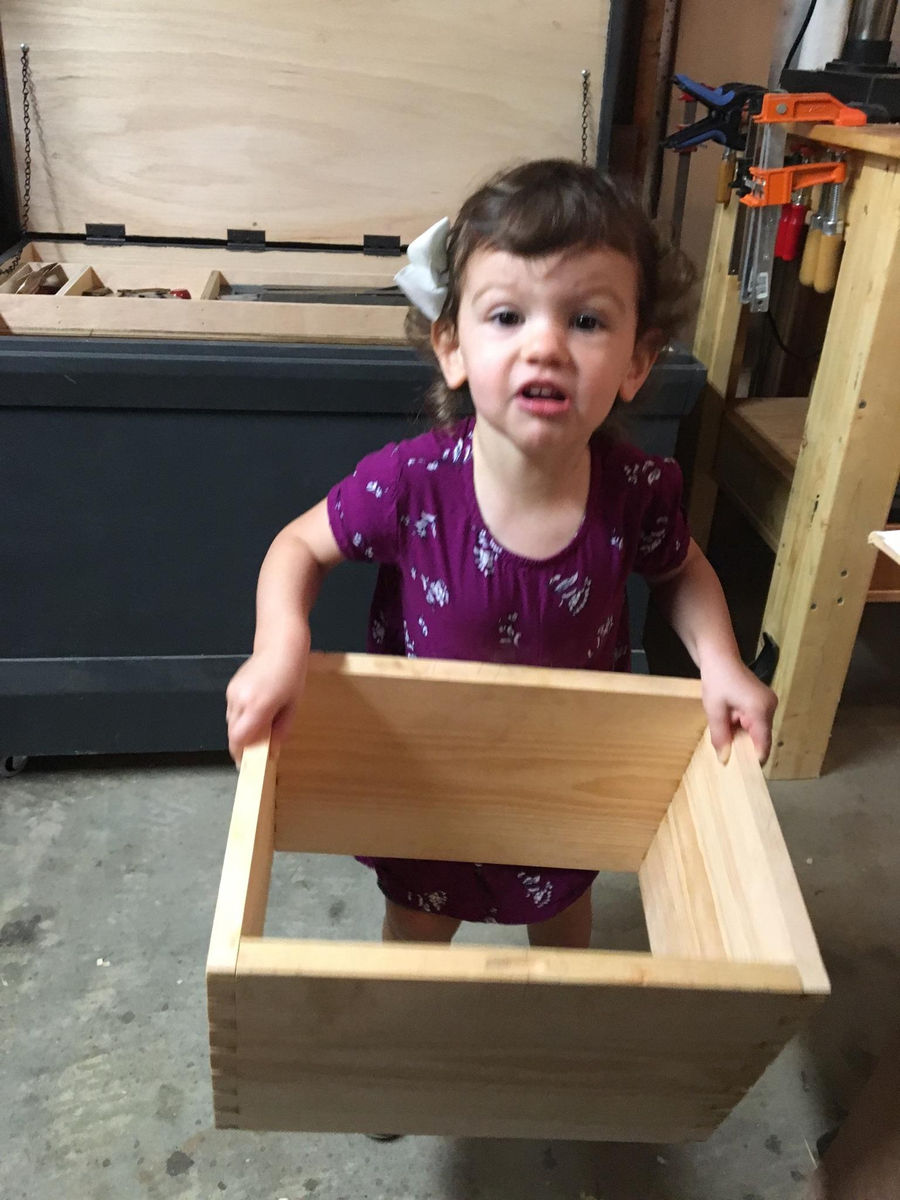 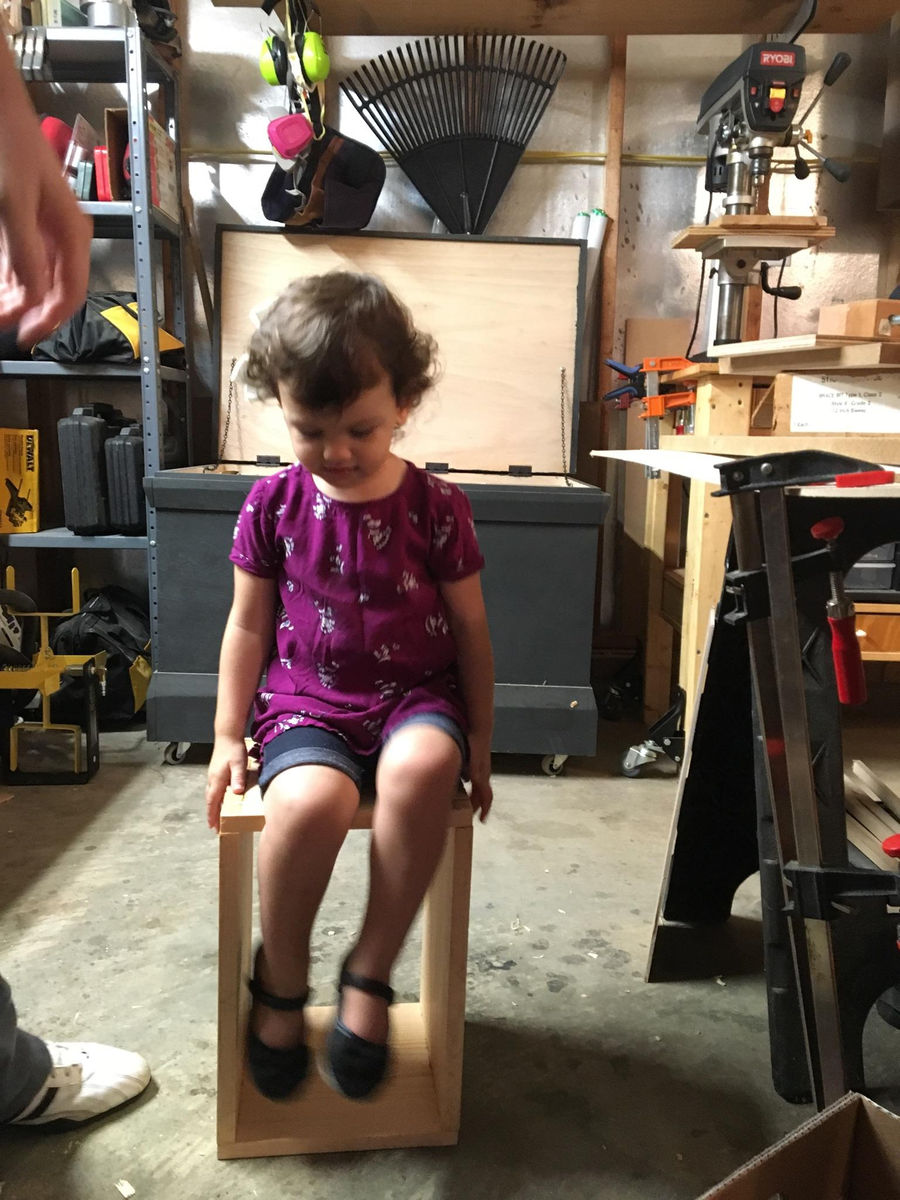 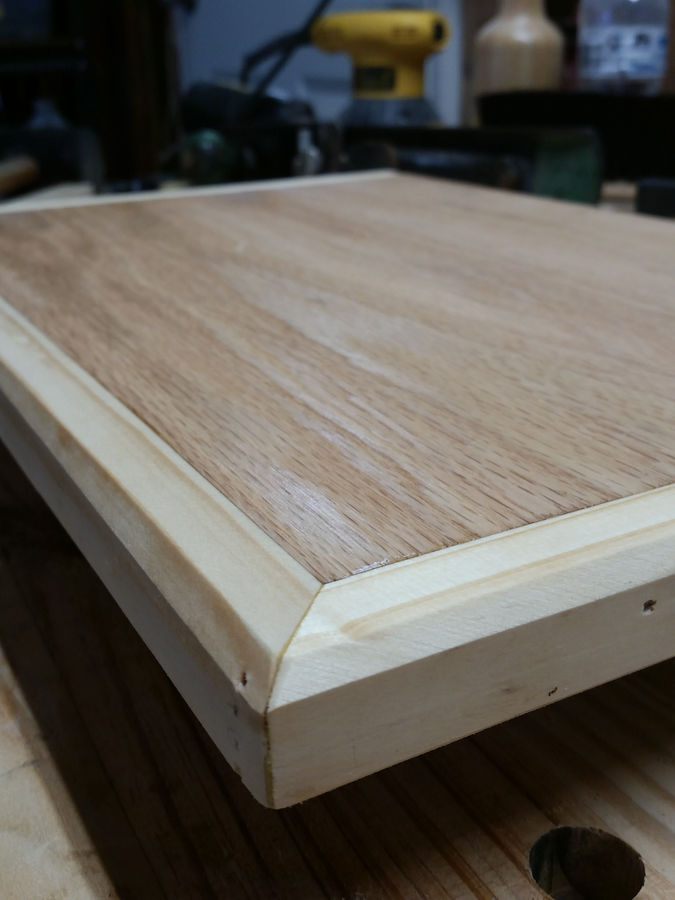 I was only able to work on the build an hour or two per week, usually after the kid went to bed. I got to a stopping point where all I had to do was the molding, but before I did, the original lid I had cupped horribly bad - didn't even bother trying to reflatten it as it would have been way to thin.

For the sake of time and convenience, and to take advantage of a whole day home alone in the shop, I rummaged through the scrap pile and introduced a piece of oak veneer plywood to the table saw. Way easier, but not nearly as satisfying as the original lid. 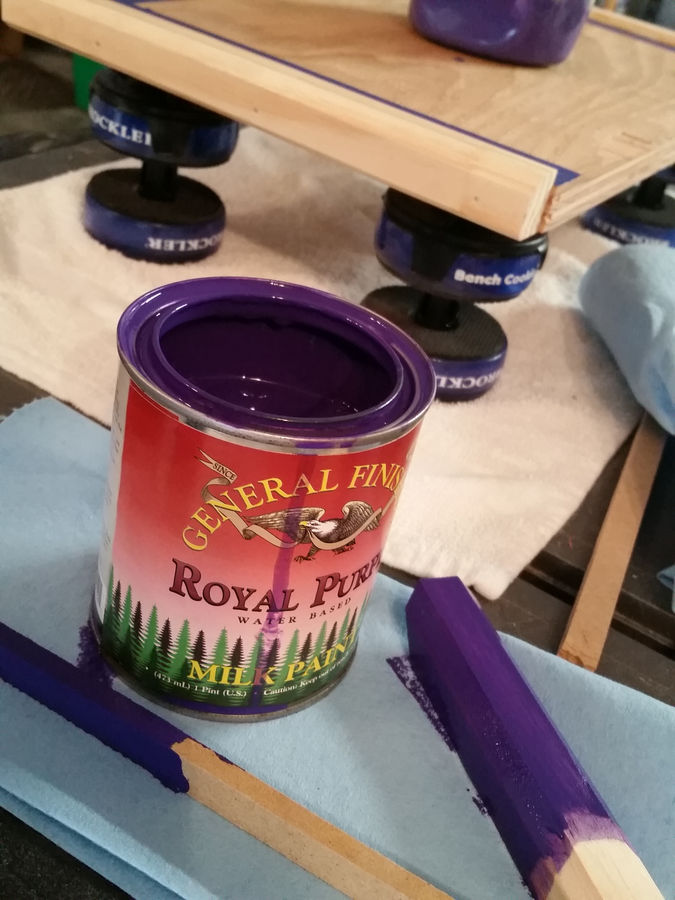 The sample color board of this purple was not nearly as bright as the actual paint. Holy cow is it bright.

That's a nice box that your daughter will love! Thanks for building a long, looks like you picked up some handy skills for your future projects.