This box is made from a 10/4 ash board I had leftover from a headboard build.  Veneered top is from the same board as the sides, bookmatched and veneered on some 1/4" ply.  Accent is a mix of green milk paint, fabric in the bottom of the box is from a tie I picked out at the thrift store to compliment the green, pulls are sapele. 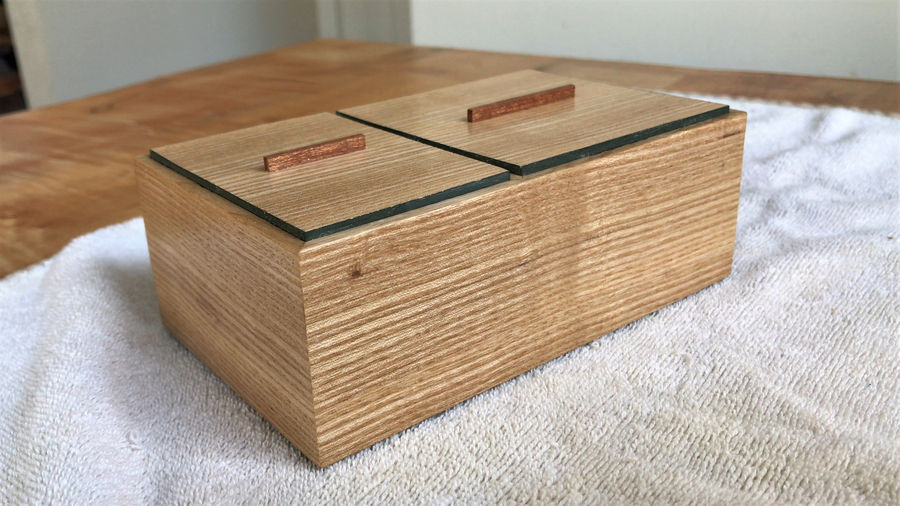 Straight-gran of the RS ash.  I never thought of ash as such a beautiful wood before, but this stuff just dances in the light.  Which is especially nice given how much cheaper ash is than most of the other stuff at my lumber yard.  Finished with shellac and paste wax. 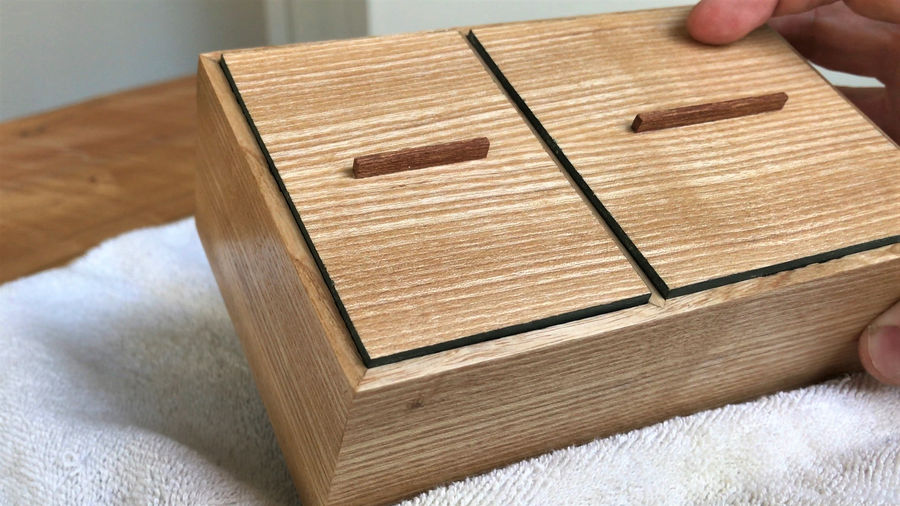 Bookmatched veneer for the top.  Same piece as my last box. 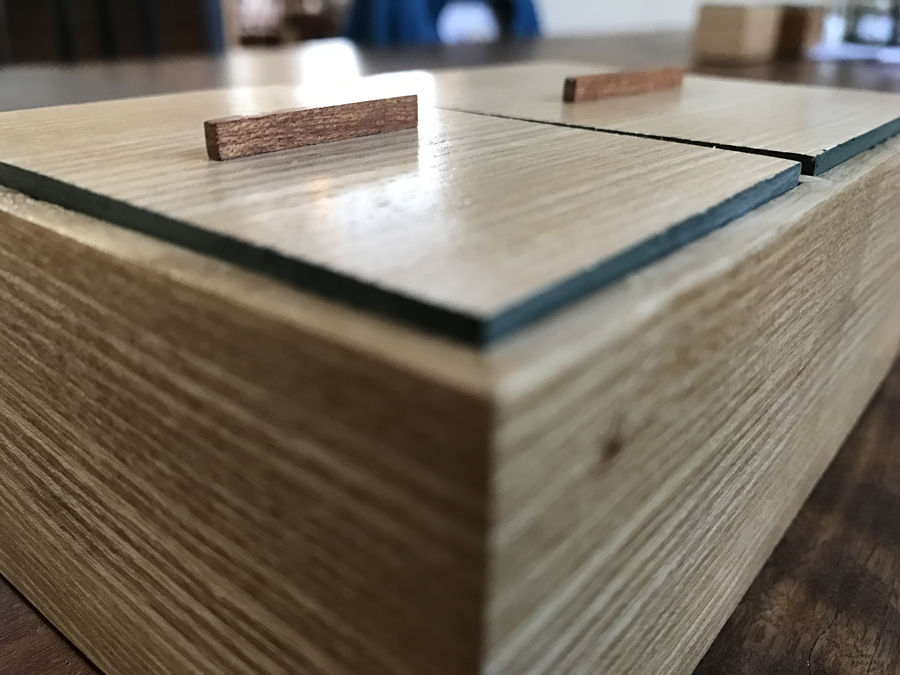 Sapele pulls.  The red of the sapele compliments the green here nicely. 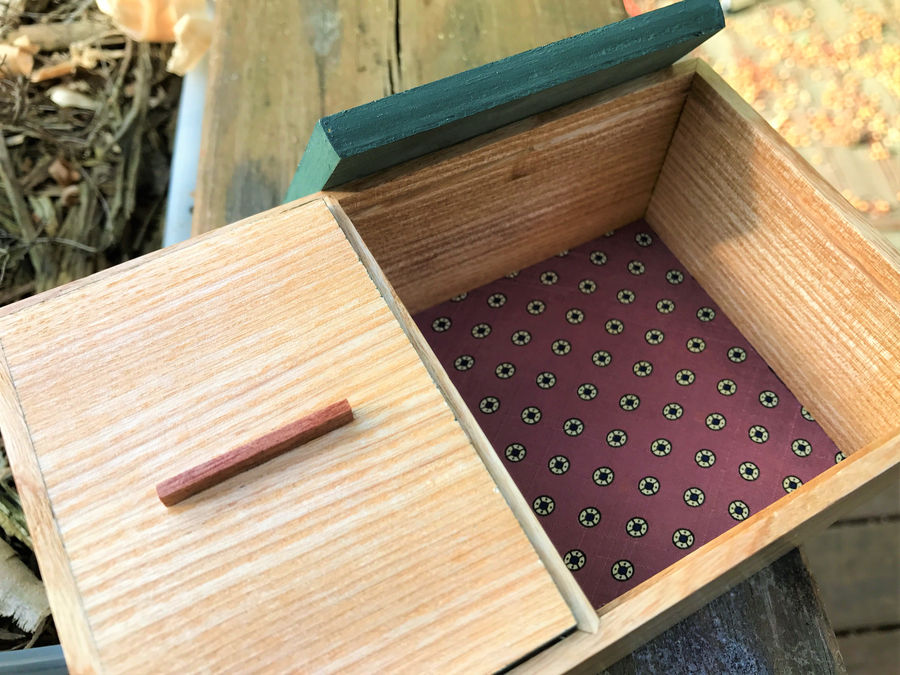 Fabric bottom.  This was from a thrift store tie picked out for this project. 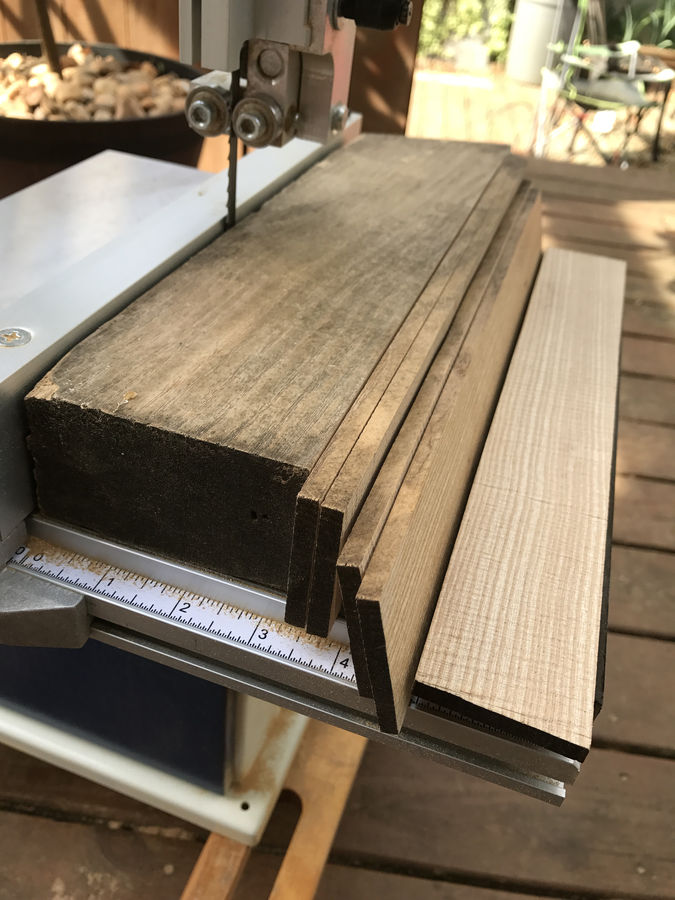 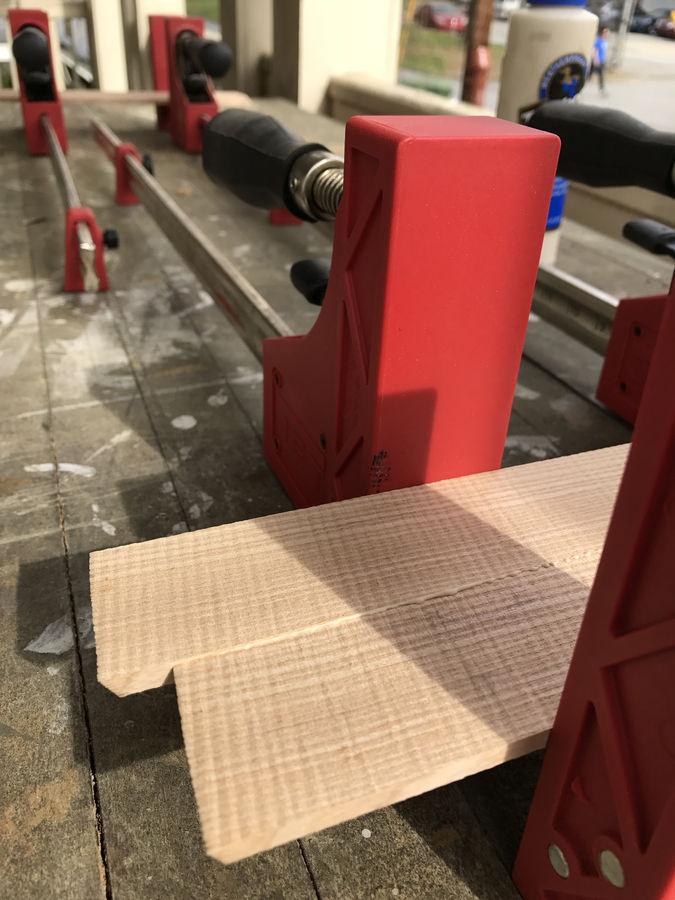 I wanted to try something out here.  The side pieces were already more than wide enough, but I glued up 2 pieces then ripped out a 2" section that had grain I liked a little better.  It's a super subtle and admittedly neurotic move, but there's a little imperfection that I wanted to place on the top right corner of the side and the only way to do that was like this.  I love the result. 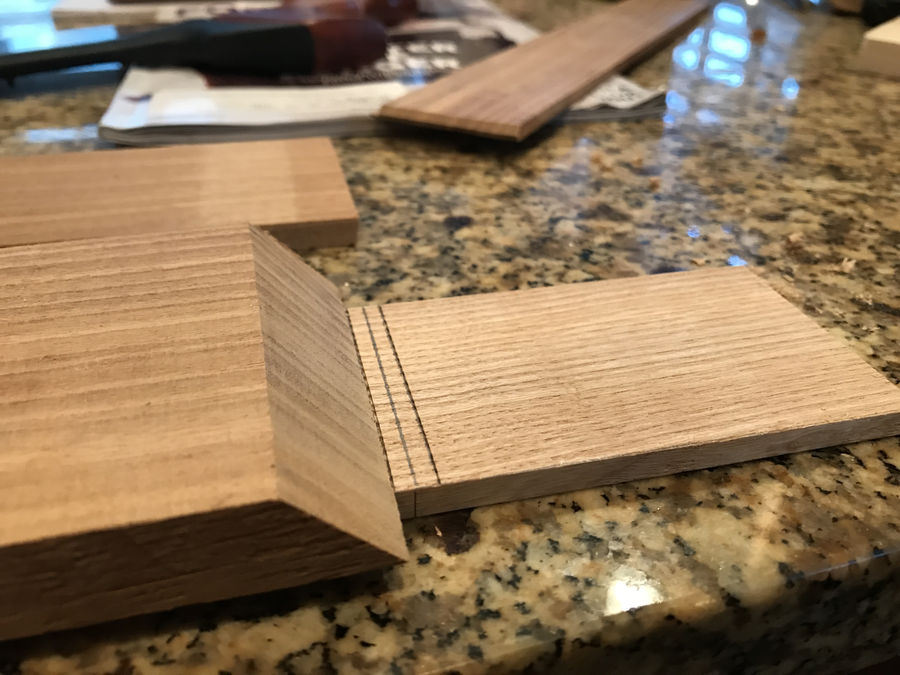 Matt does these bird's beak joints for the divider that I needed to replicate.  I imagine you could use a table saw at 45 to cut these out, but I don't have a table saw so out with the hand tools.  Here I'm using a piece I cut at 45 on my miter shooting board as a guide with a very fine-toothed saw. 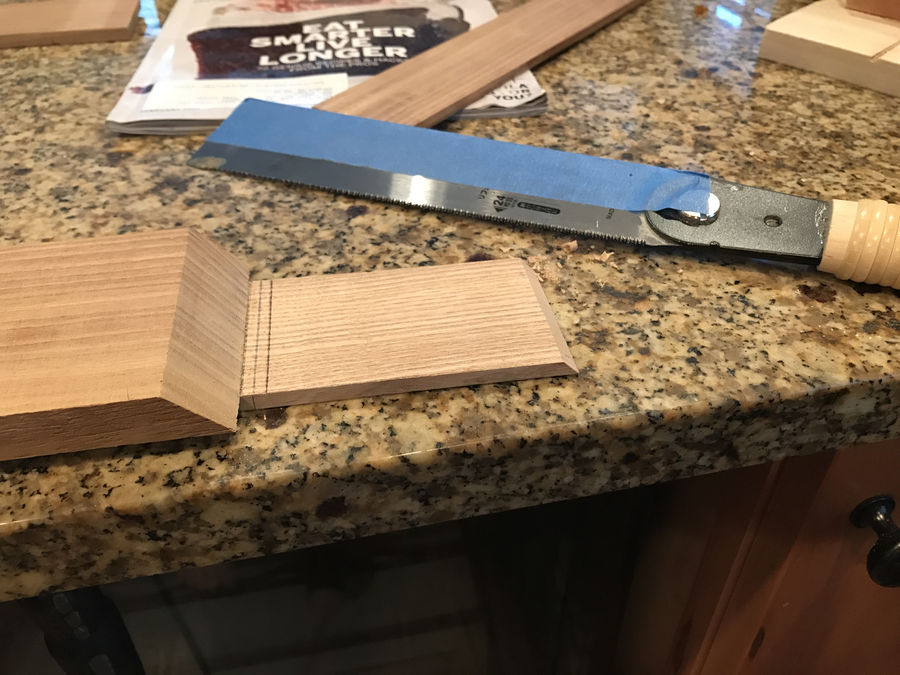 Cut the sides with the saw then clean it up with a sharp chisel. 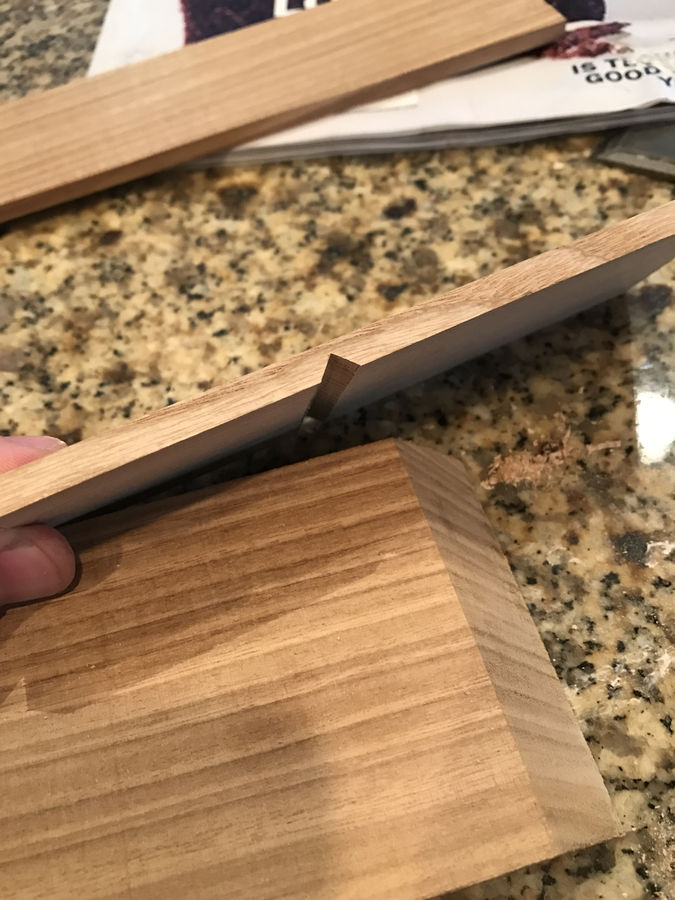 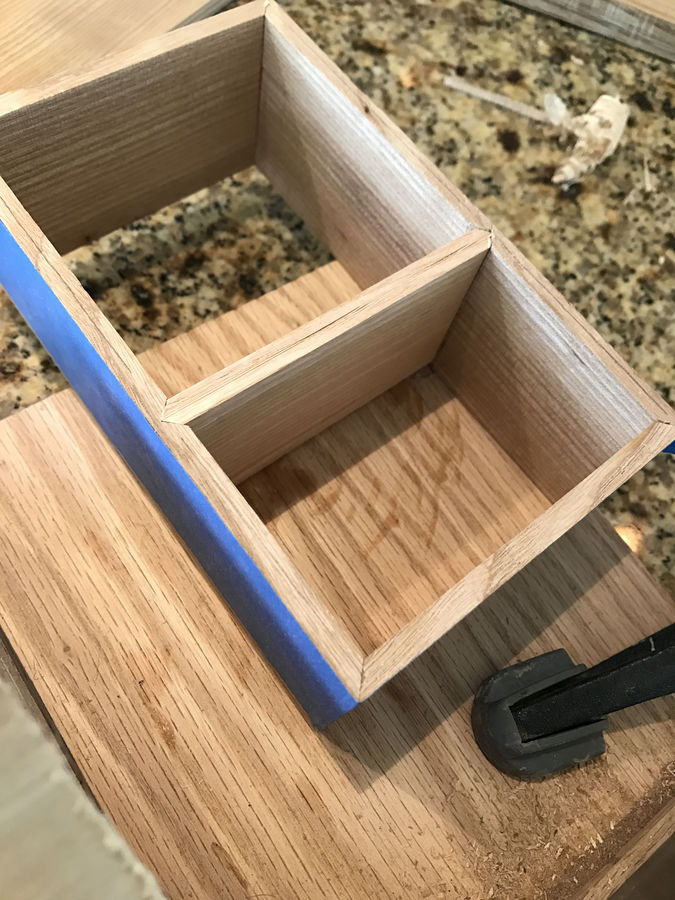 Then cut the corresponding angles on the divider on the miter shooting board and voila - bird's beak joint. 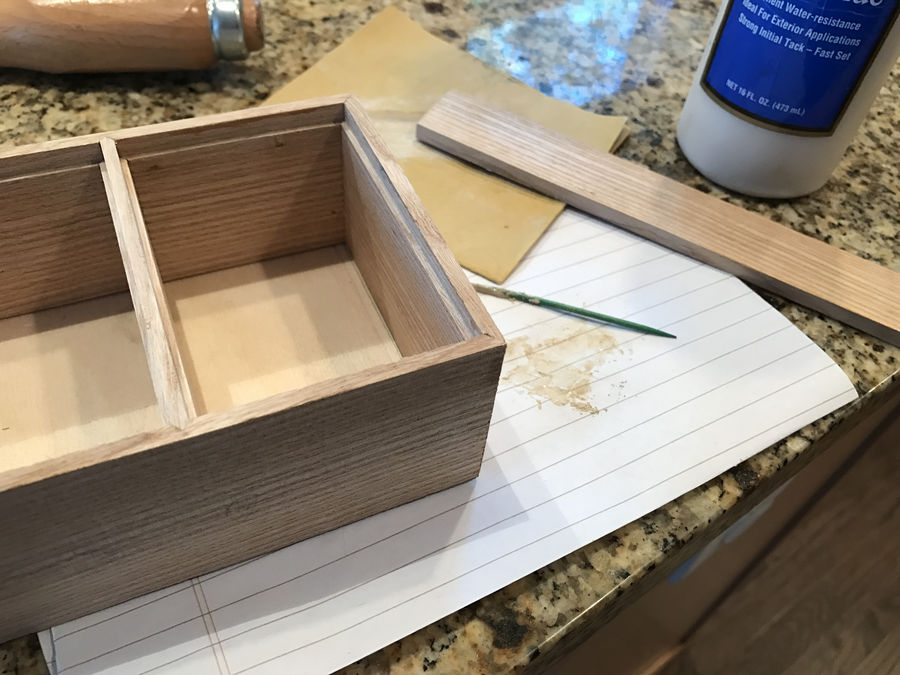 With rabbet cut on router table 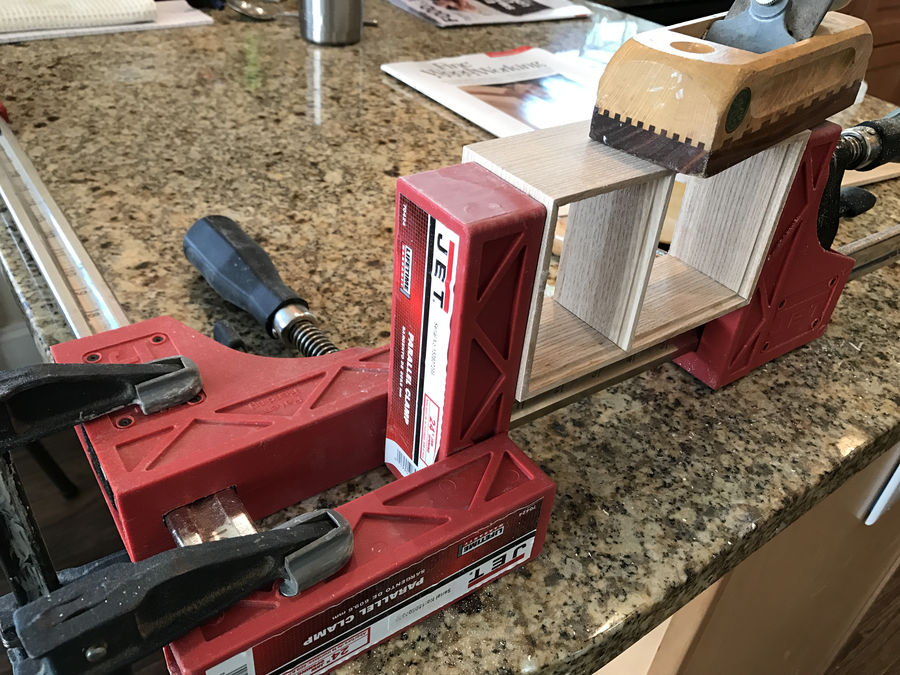 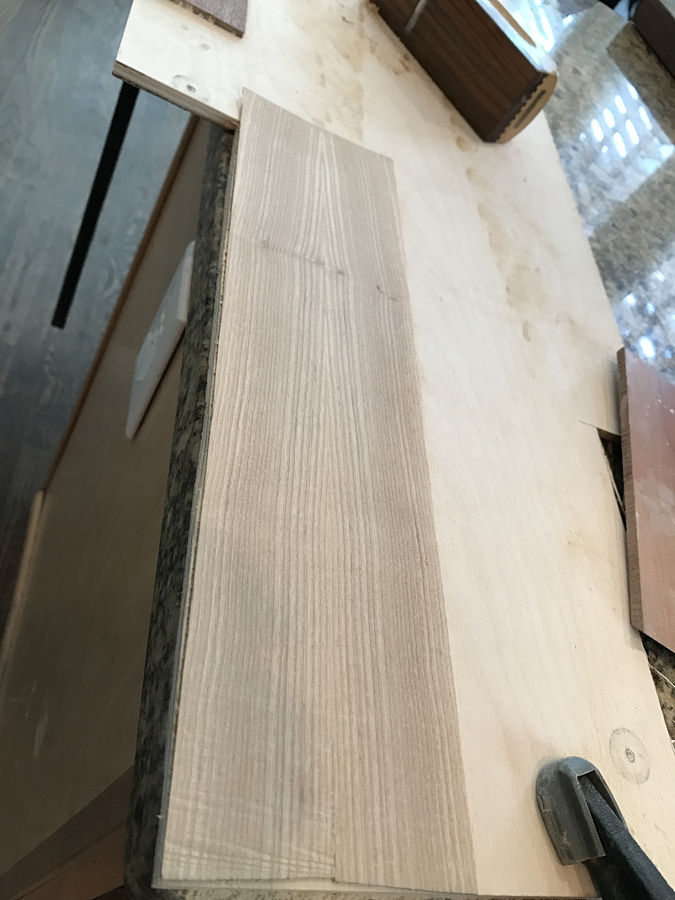 Ash veneer for the lid. 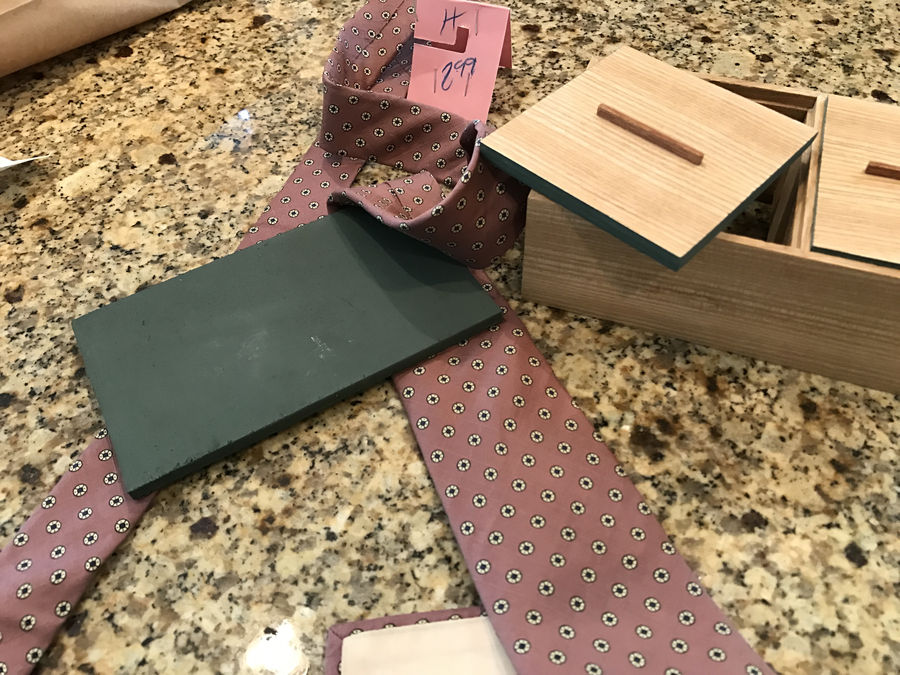 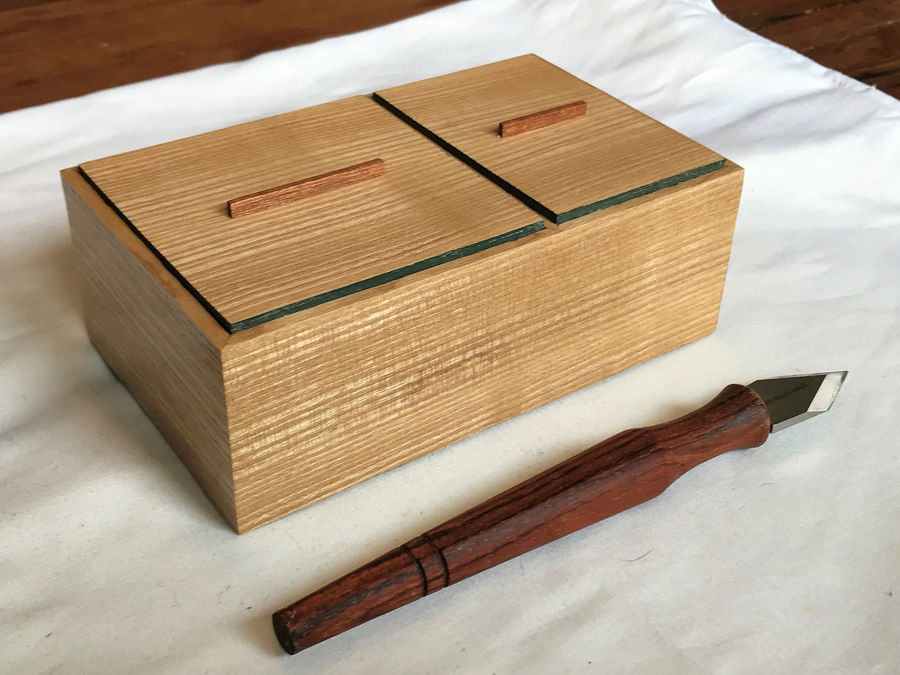 I've wanted to make one of Matt's 2-in-1 bento boxes for a while now.  This take on his box 6, and while it runs the risk of disqualification because I painted the sides of the lid, I'm going to stand behind that choice.  Matt veneered the sides of his lid but in a later blog post (box 34 ) he talked about how little he liked the box in retrospect.  I love the design of box 6 (and Matt's old 2-compartment box in general) and wanted to revisit it in light of Matt's later boxes - thin sides, painted side of the lid, fabric bottom.  I just love the way it turned out; it's a perfectly beautiful little object.  It sits on a shelf in my home next to an Aalto vase - the organic vase next to the linear box puts both in great company.