I always loved Matt's box 25 - the simplicity of it.  I don't have access to apple so I went to the lumber yard and got two interesting straight-grained boards, one sapele and one afromosia.  I've never worked with sapele before and good god it's amazing.  Easily the best wood I've ever worked with.  Planes with zero tearout, holds an edge beautifully, and has this gorgeous mineral-like finish.  I also love the green against the sapele - the green looks a little aggressive in these photo close-ups, but it's a small box so it reads more balanced in person, I promise.  I tried a bunch of color mixes to get it right and wound up with a hell of a complicated formula, but it's spot on for me.

This is also the first box I made using my second miter shooting board, a frankensteined donkey's ear.  It's ugly as shit but it's dead square and dead 45, so I was able to do box 25 right - the inside box fits the outside box pretty damn well, as you can see in this video: http://imgur.com/RkZuzRN  It's not quite as snug at Matt's, but we're awful close.

I know Matt has talked about preferring quiet domestic wood like RS cherry for the body to accentuate the form and saving the dramatic woods for pulls, but I wanted to challenge that with a species that's dramatic in terms of finish, but without a great deal of figure.  I also think that this box demonstrates the brilliance of painting the side of the lid - without the green this box would look like a hunk of metal; with the green it's a great piece of design. 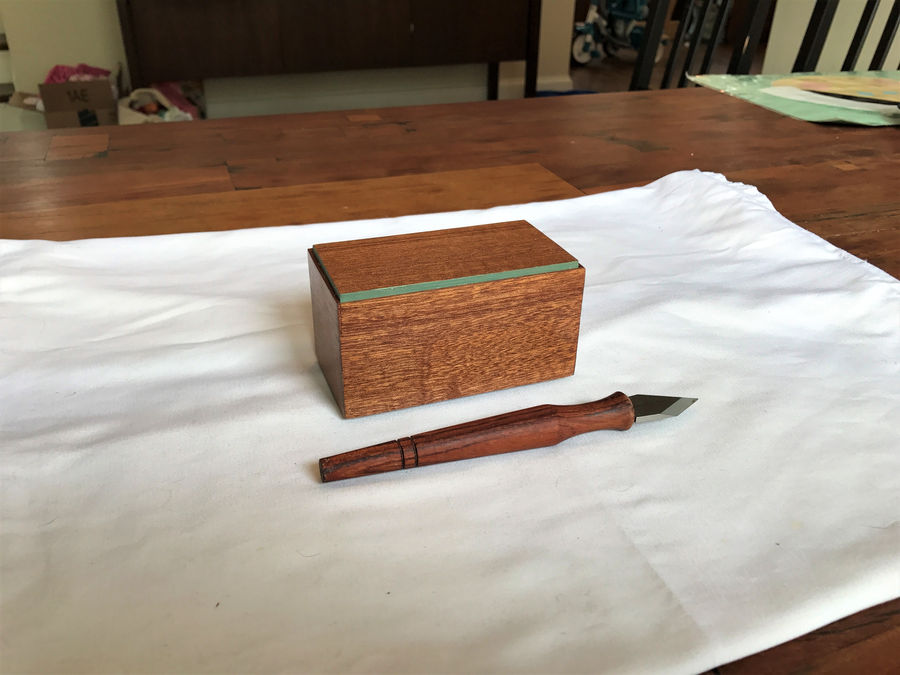 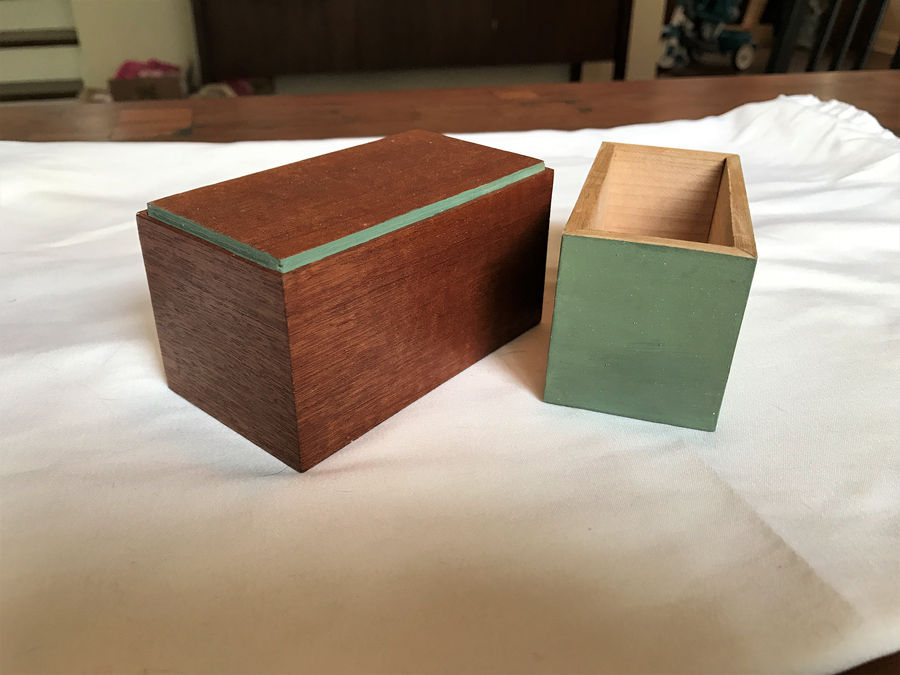 Inside box is hard maple. 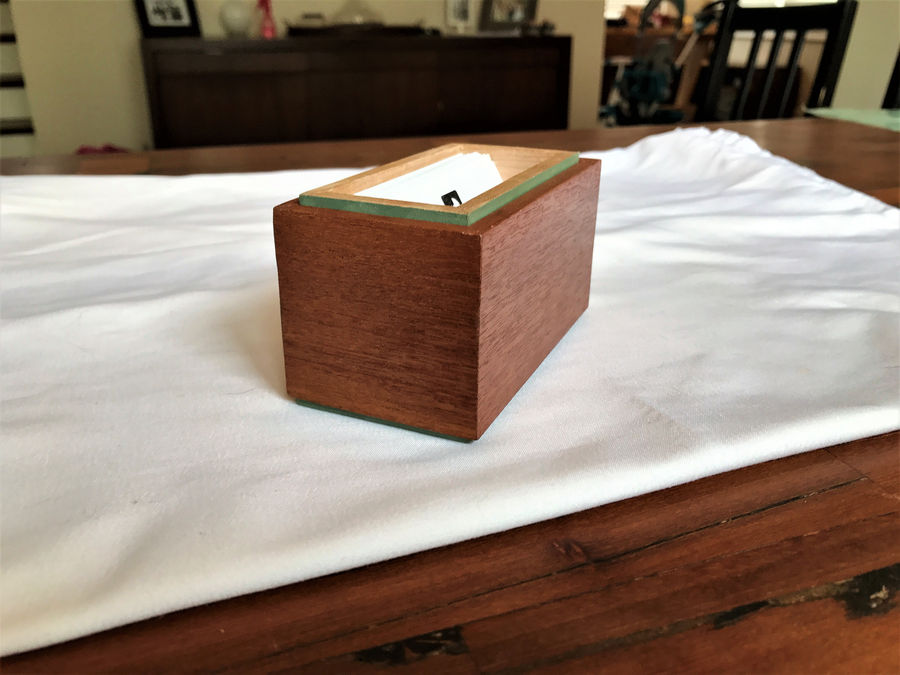 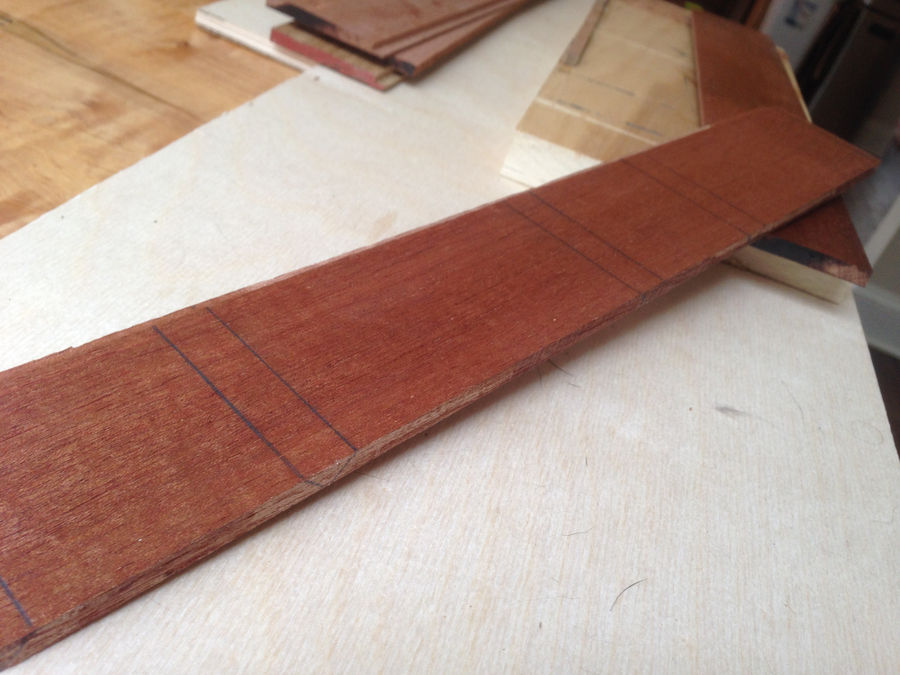 Here's the sapele (not pictured: ripping, cross-cutting, resawing, and planing the project board).  I wound up around 3/16. 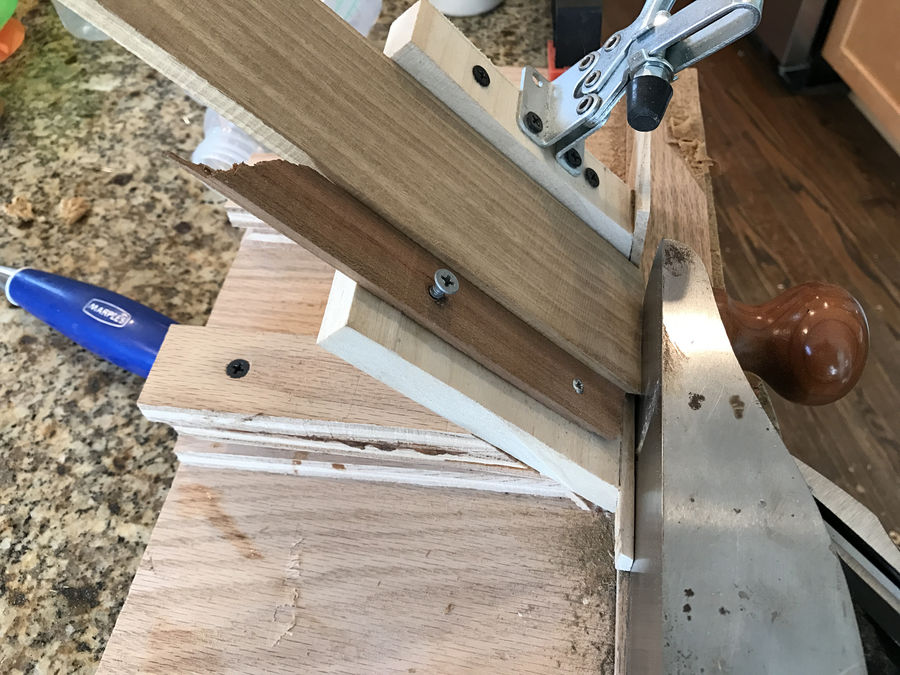 My frankensteined donkey's ear.  This is a shot from my next build (25 in afromosia) but same process for the sapele, only it was much easier to work than the afromosia. 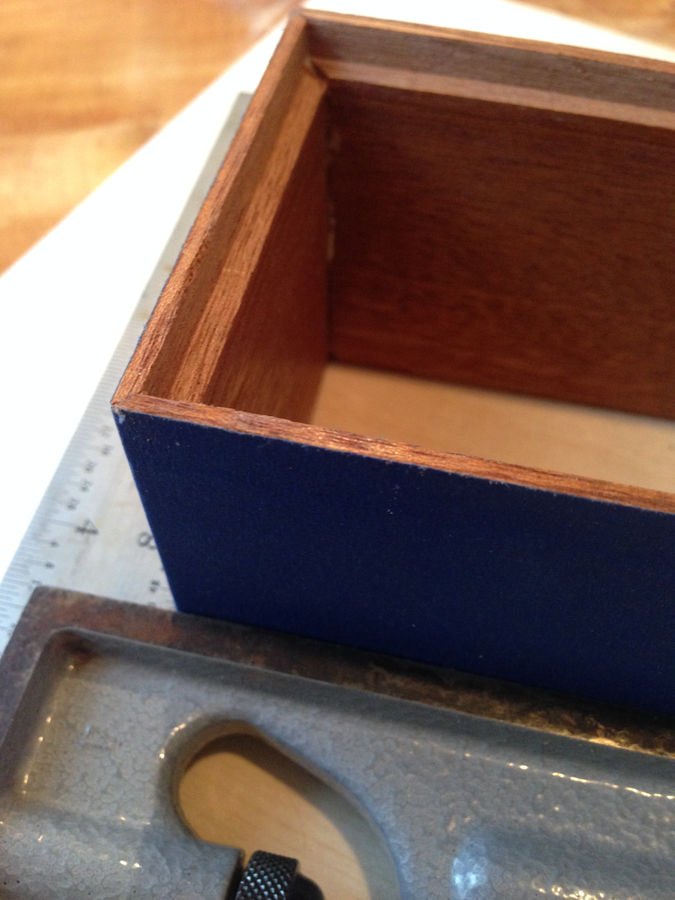 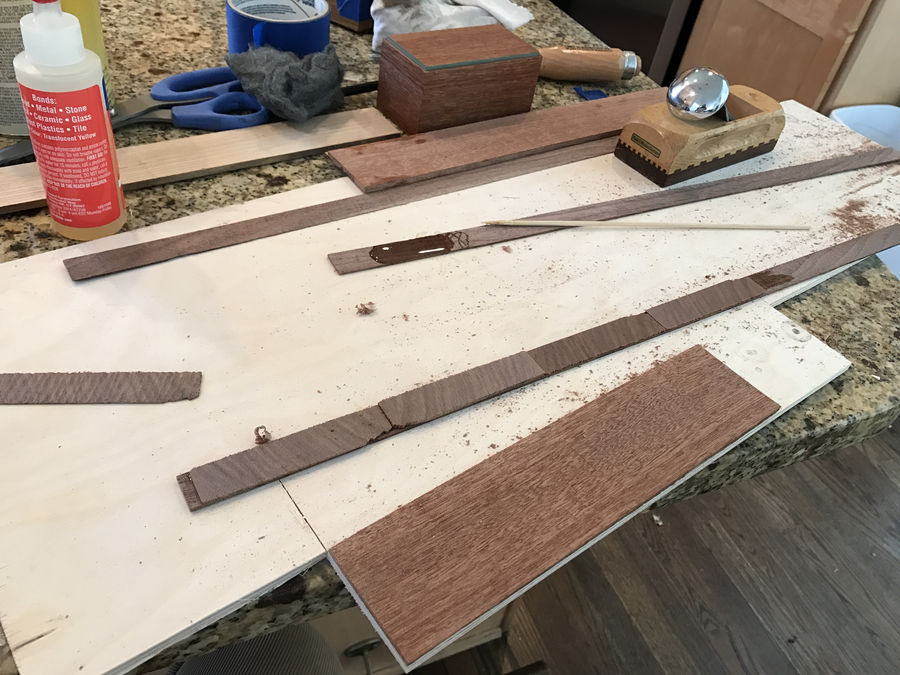 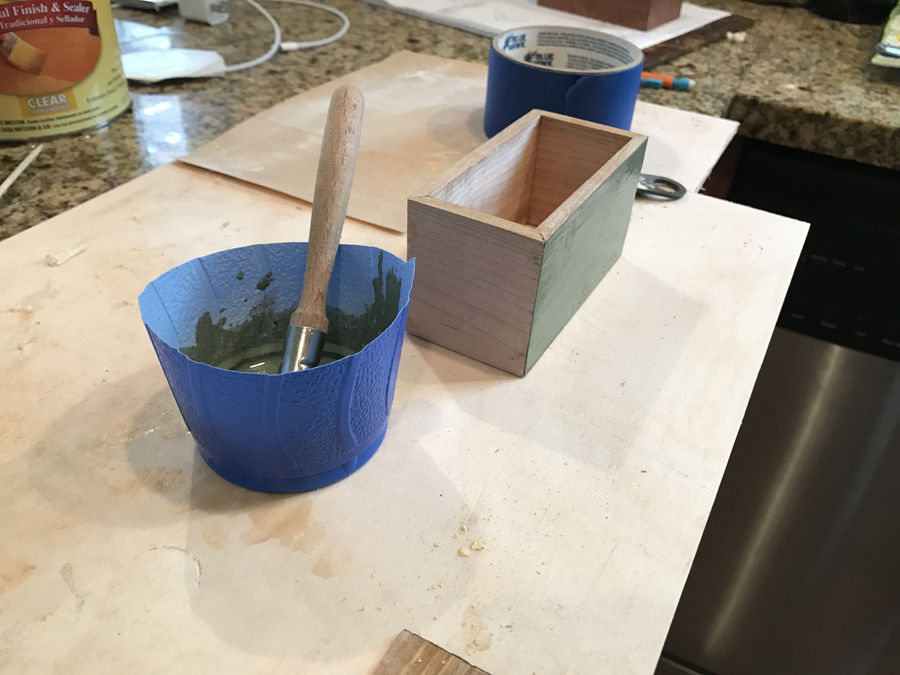 Mixing the perfect green to compliment the copper-y sapele. 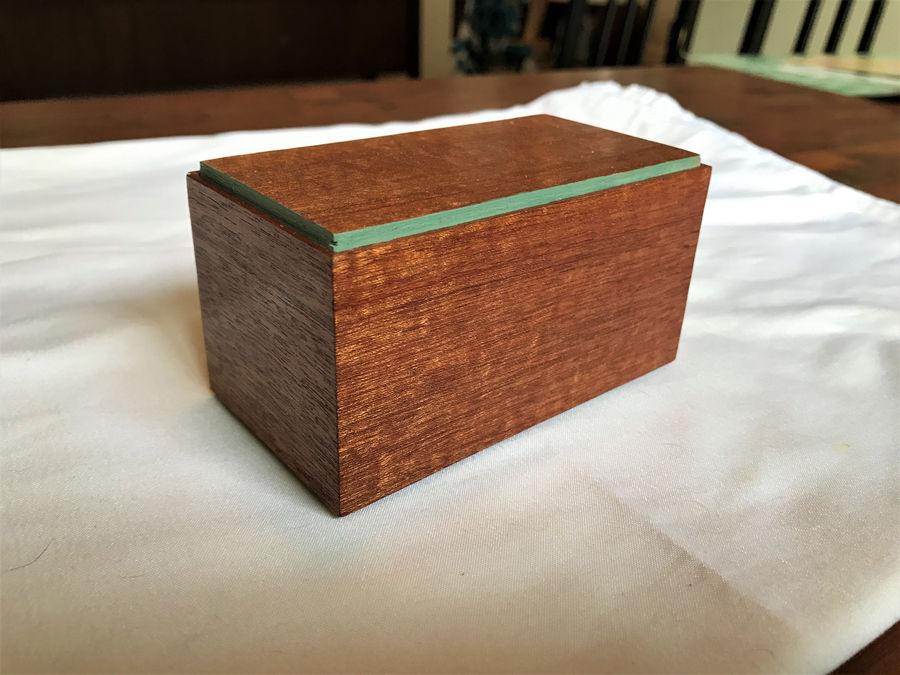