I bought a lathe a year ago and finally have time to sit and start developing some skills in turning. This is the second bowl I've ever done, and while it's amazingly better than my first, I still feel like I have much to learn. Biggest thing I had to deal with on this bowl was a small crack in the side that I was able to seal with CA glue. The walls were still a bit thick, but the next will be even better! 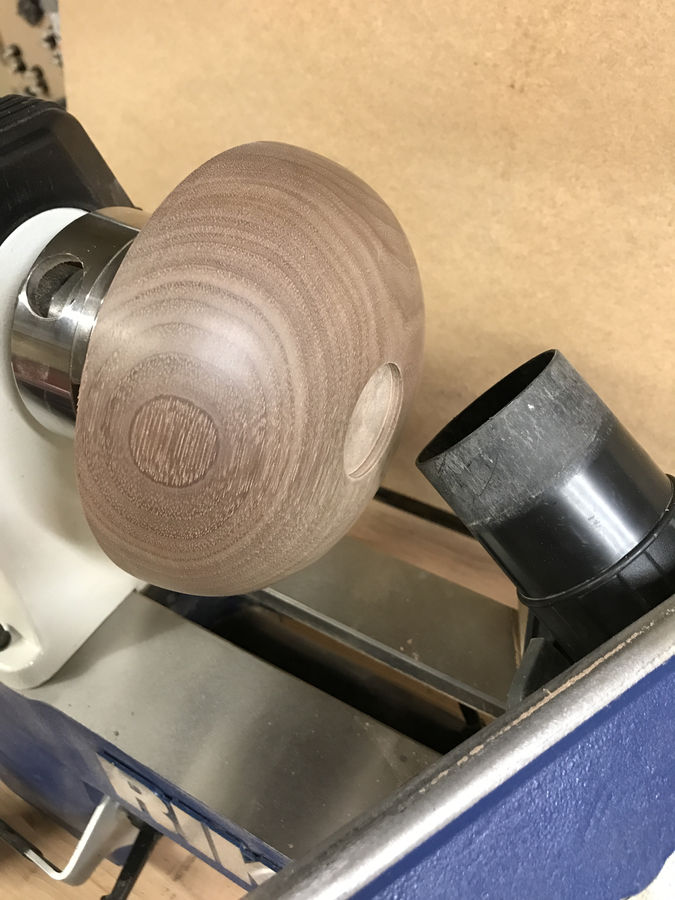 Kind of forgot to take progress shots of the outside turning. I really liked how the grain looked on this walnut scrap I had. I used a forstner bit to mark the rough diameter of the chuck mortise, then used my tools to put the dovetail in. 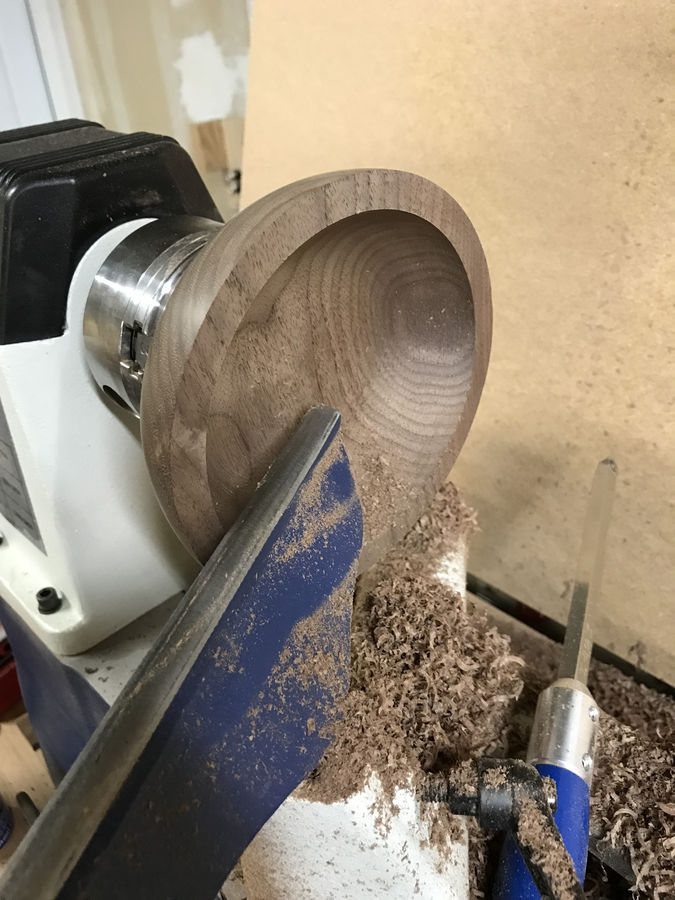 The chuck held, despite my reservations. The grain was looking so nice I was worried that I would ruin the bowl. I should have gone thinner on the walls, but decided to be conservative. Next time will be better, I promise. 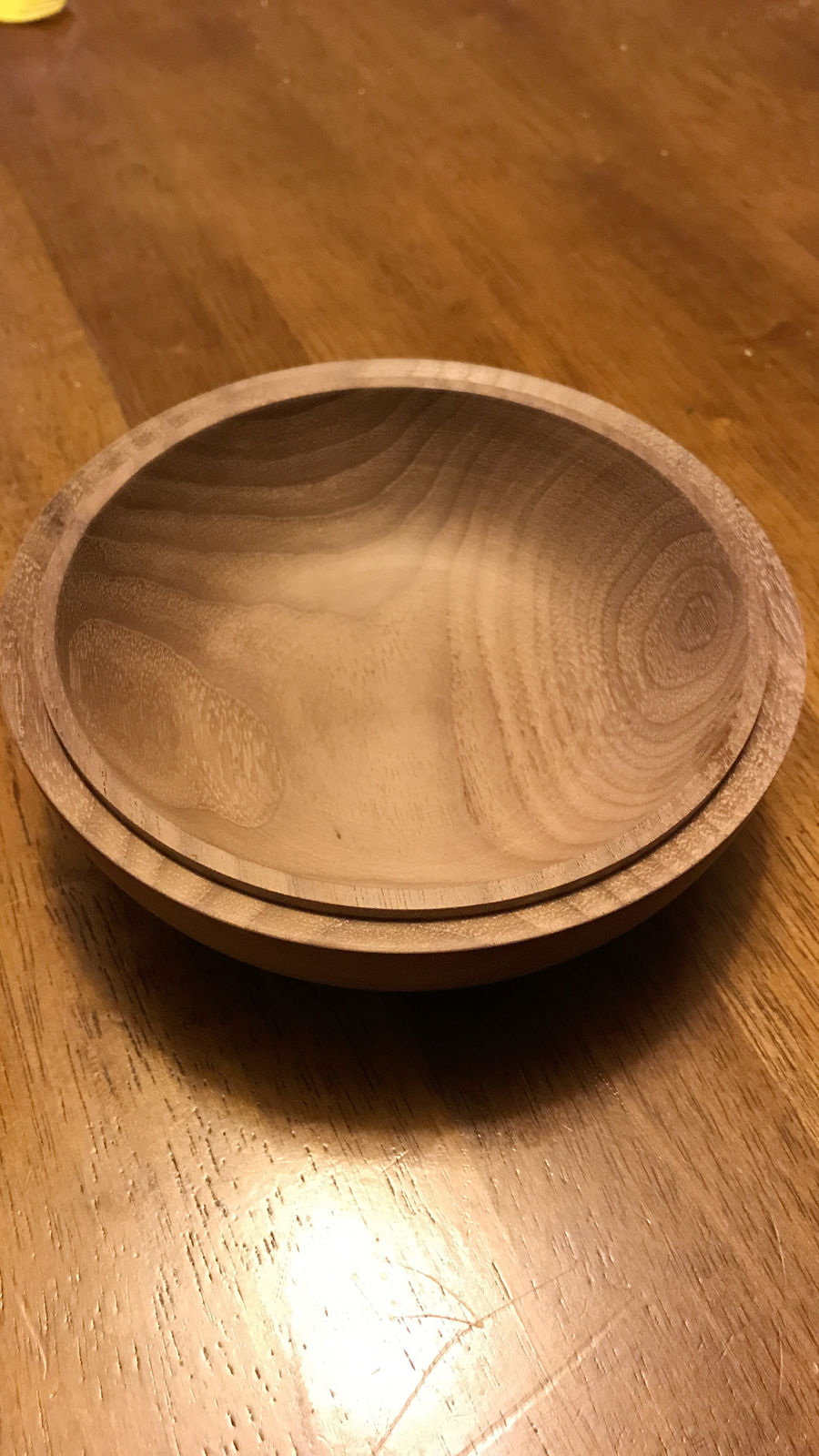 I took the design of the rim from some pieces I saw from Amy Grigg. Hers look so much better, probably because they're on much larger bowls. If the sides had been thinner it would look better I think, and the undercut angle is a little too severe. 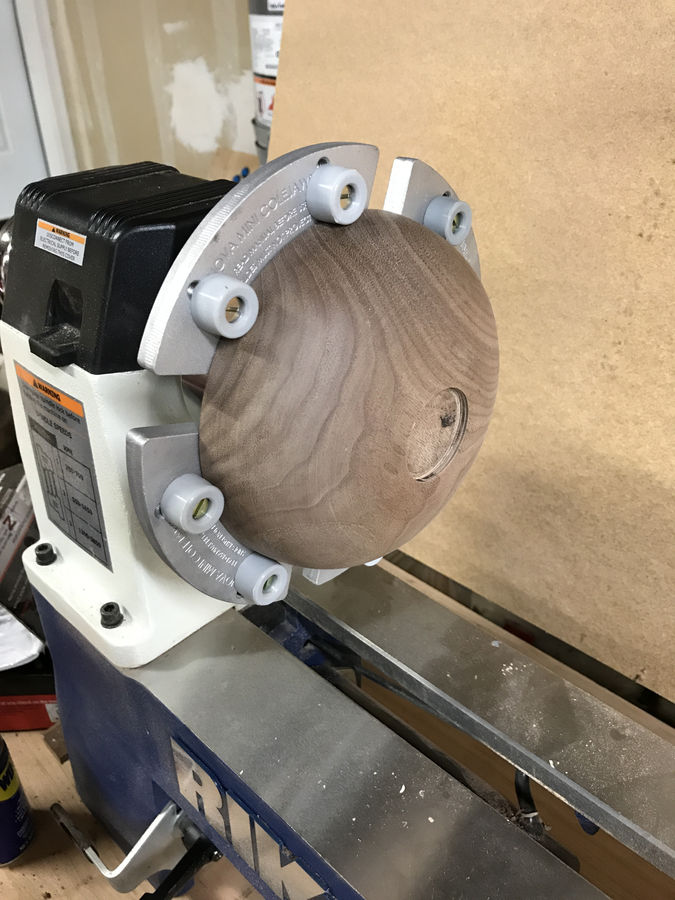 I'm so glad I got the cole jaws for my G3 chuck. This made finishing the bottom off much much easier. 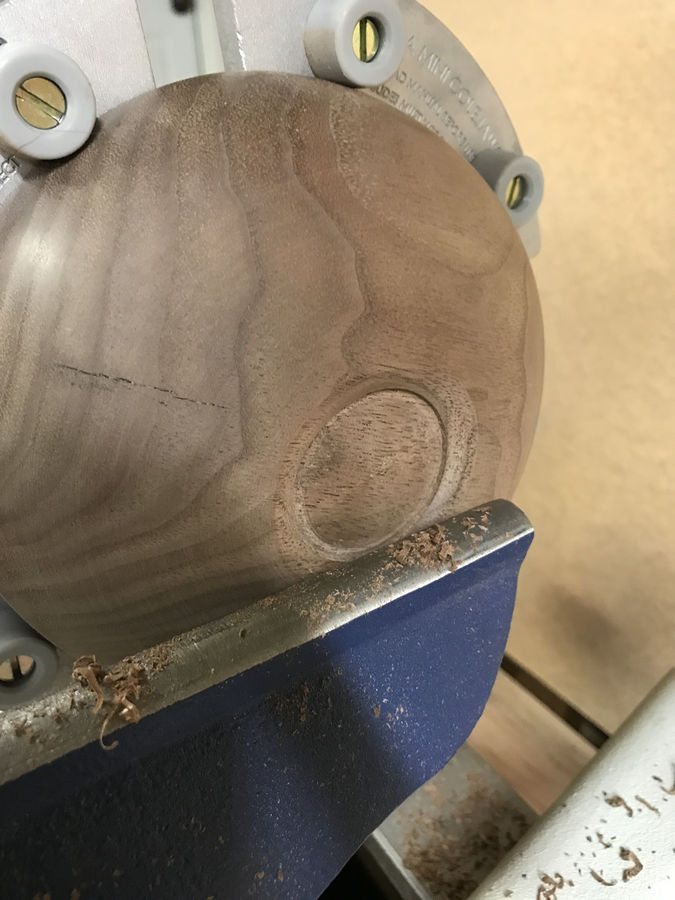 Working off the mortise. 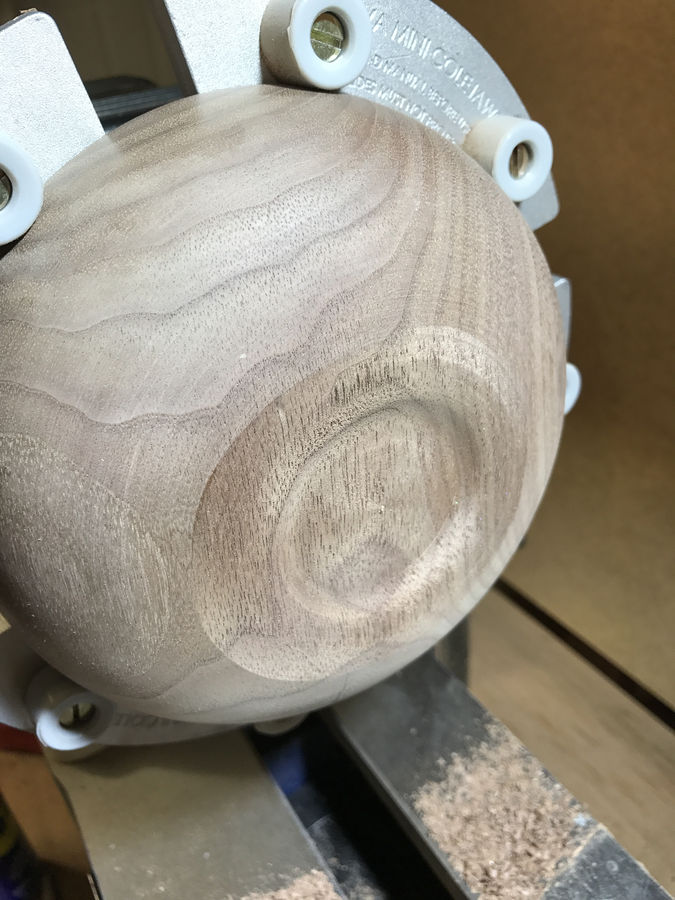 You can see it was a little out of round, still can't figure that one out. 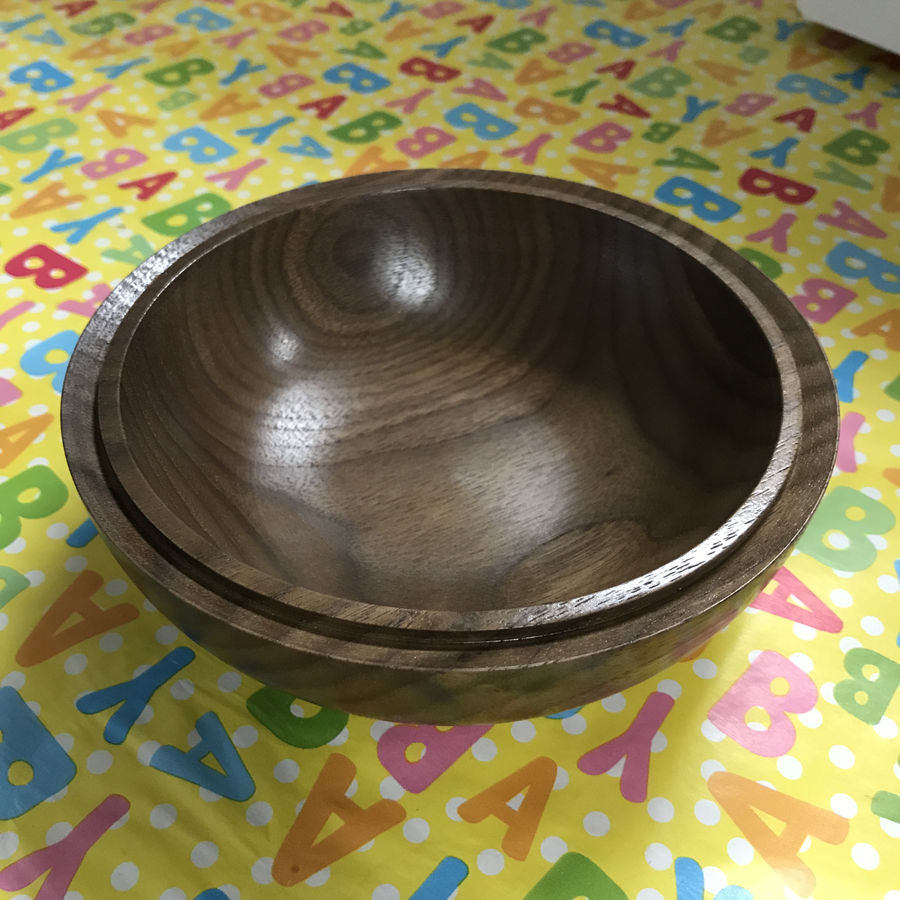 Couple coats of lacquer to finish up! I'd like to try some oil finishes and maybe pick up some Yorkshire Grit for a better finish. 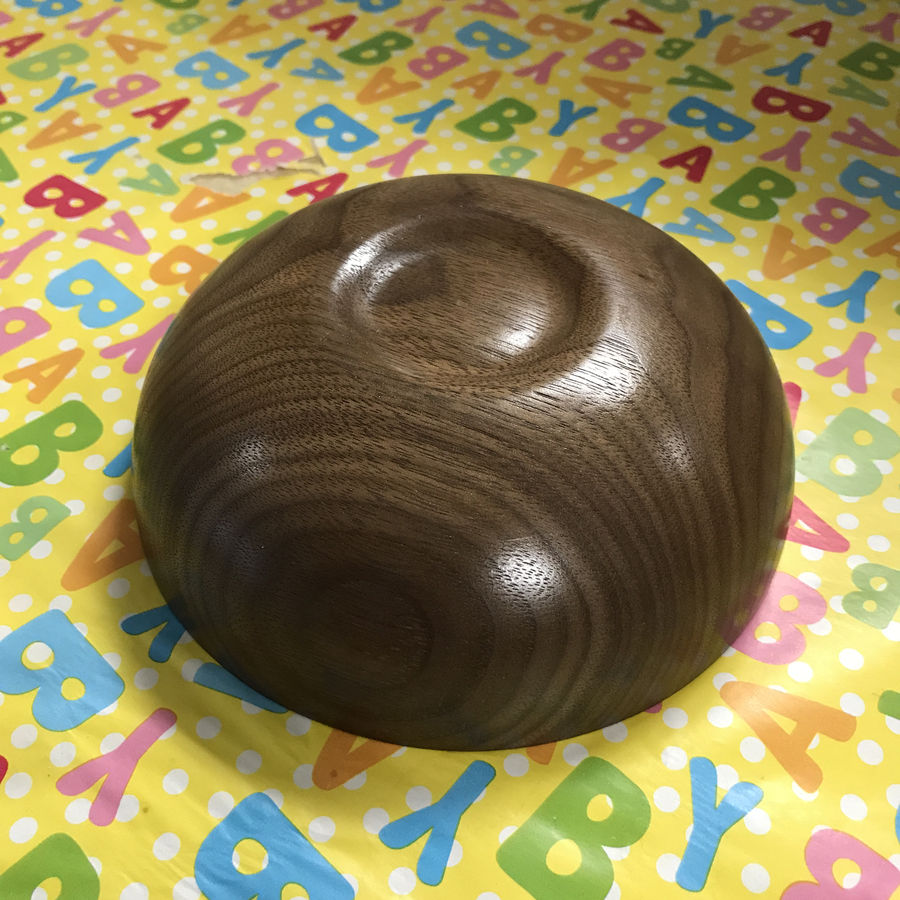 Bottom turned out alright! Next time I'll try making it a tenoned bottom.