I've gotten tired spending $54 for new sets of blades for my DeWalt 734 planer. Had a new set go dull after only a few feet of Bloodwood. Decided it was time to start exploring sharpening the dull ones myself. This is a report on my second attempt. I made a jig to hold the blades. I used my collection of water stones. The results look promising. Any comments or suggestions are welcome. 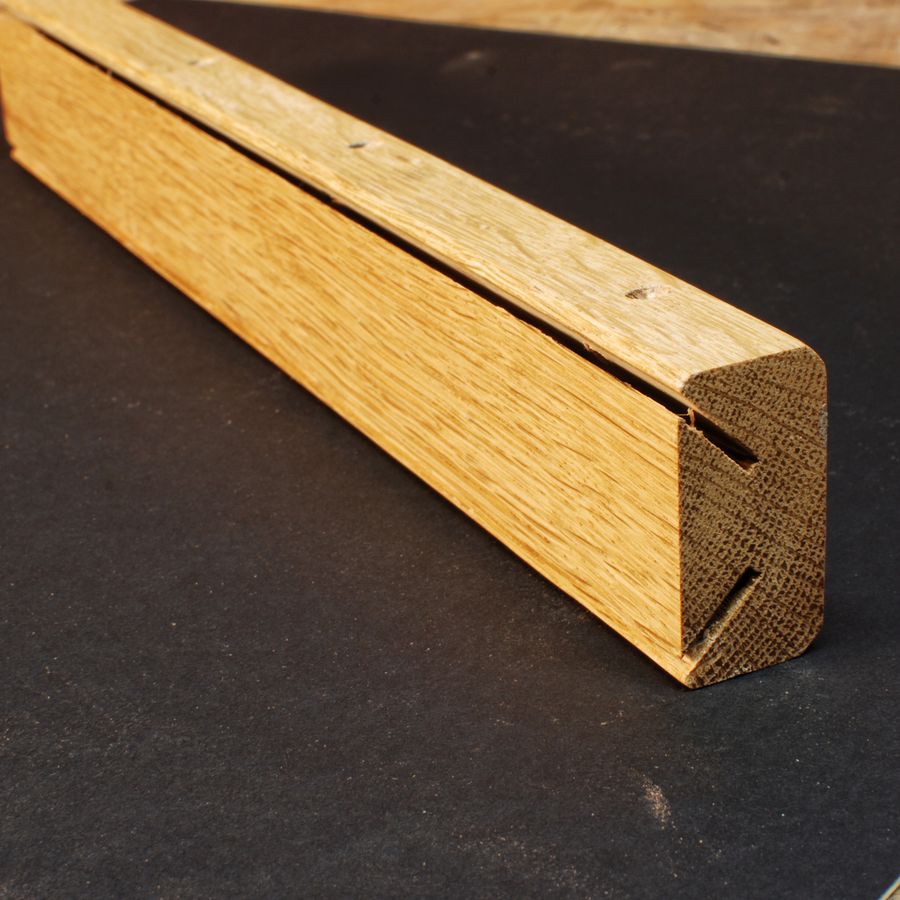 The heart of this is a jig to hold the blades. Basically copied from many that are available to purchase. Made from a 2"x1"x12" piece of QS White Oak. Cut two 45° grooves to hold the blades. Then 90° from these grooves drilled holes for set screws. Then beveled the edges for comfort. Coated with lacquer since it will be used in a wet environment. 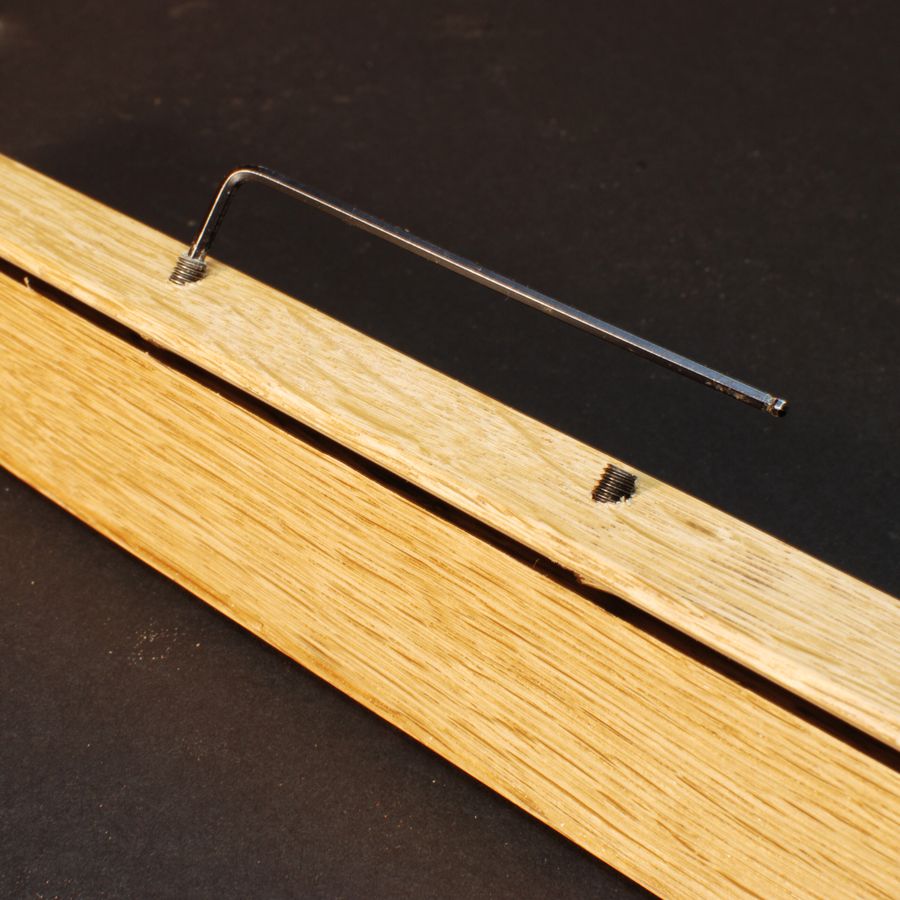 Details of the set screws for holding the blades in place. One thing I learned this time is I need twice as many set screws. The blades have enough flex that the regions between the screws pushed out just enough to require extra work to get a clean edge. 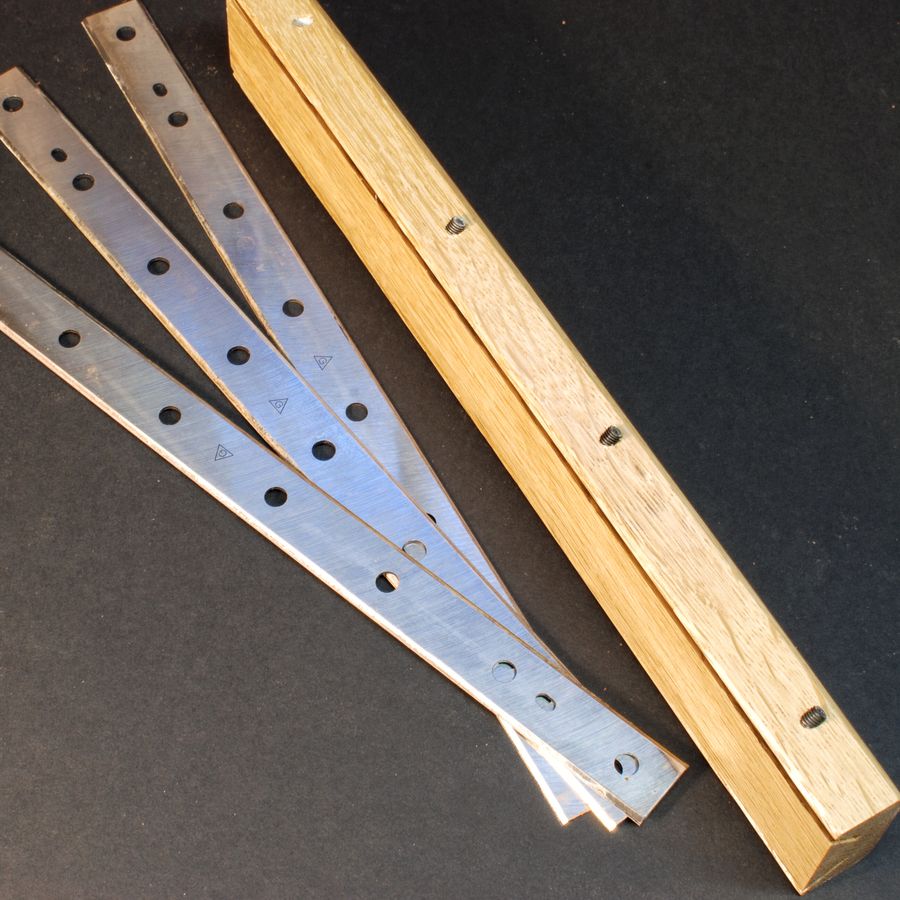 Getting ready to load the blades into the jig. I forget to take a photo once the blades are secured. Hopefully you get the idea. The next photo should make it clear. 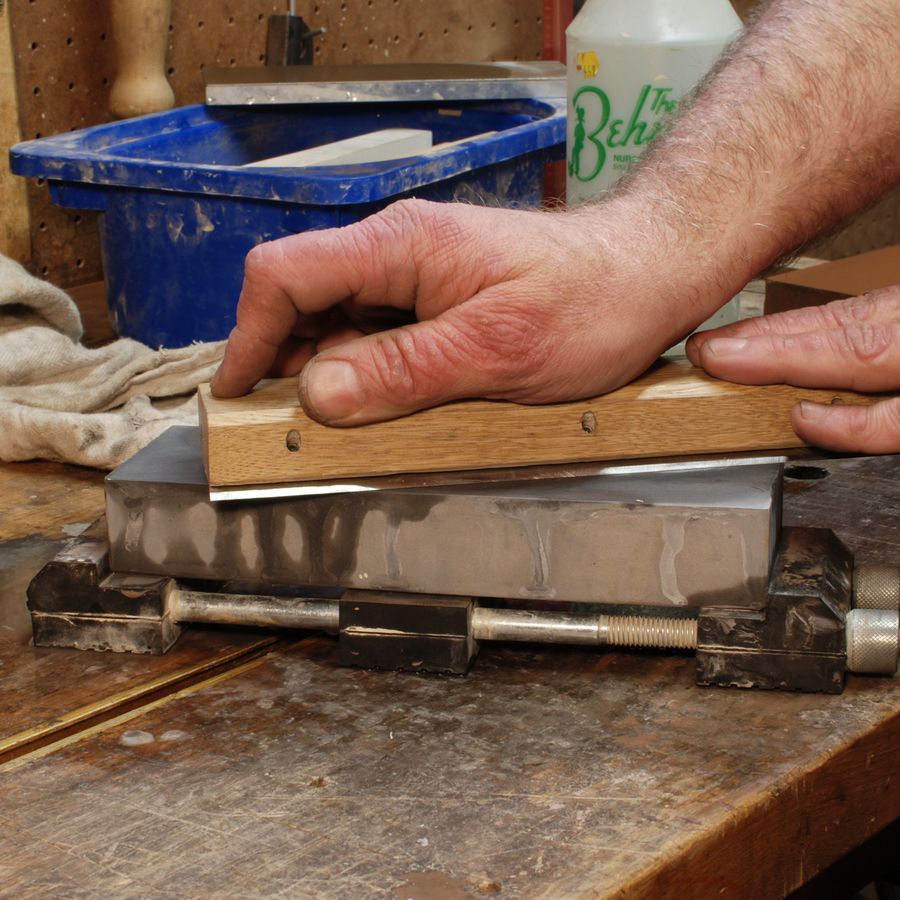 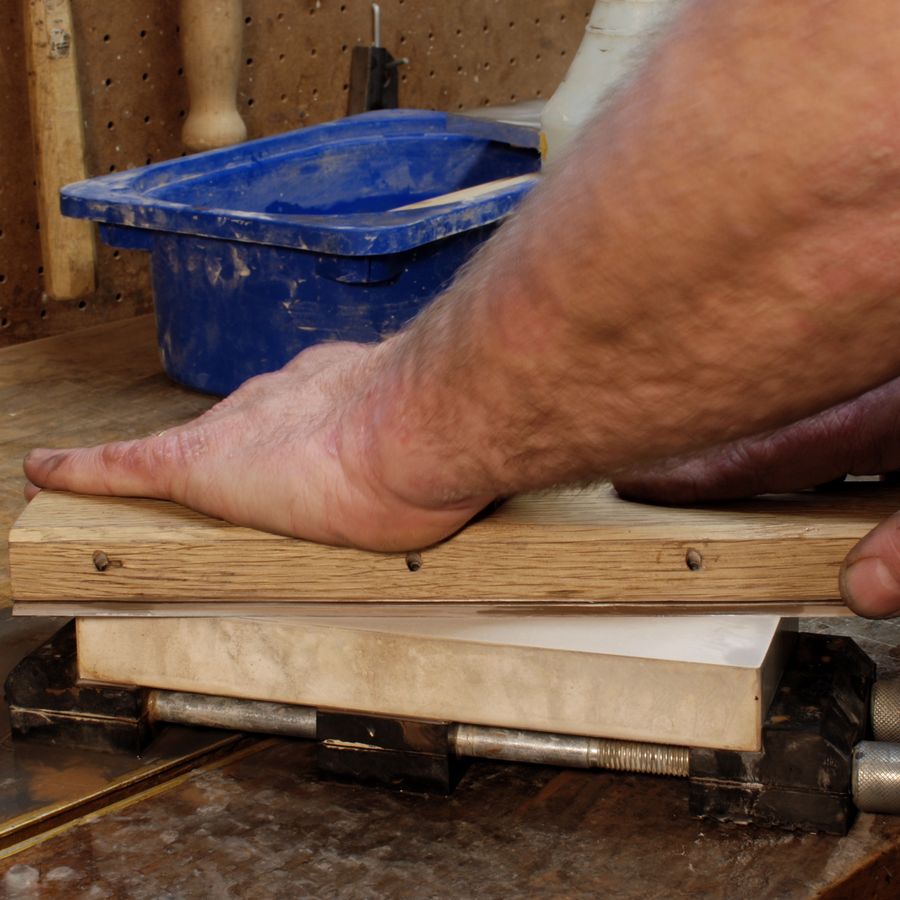 Once I had a nice edge established at 300 grit, moved through 800, 1200, and ended on this, my 4000 grit stone. Of course, I'm taking advantage of the fact I already own the stones. No reason you couldn't use sheets of sandpaper glued to a flat surface. Just make sure it is very flat. 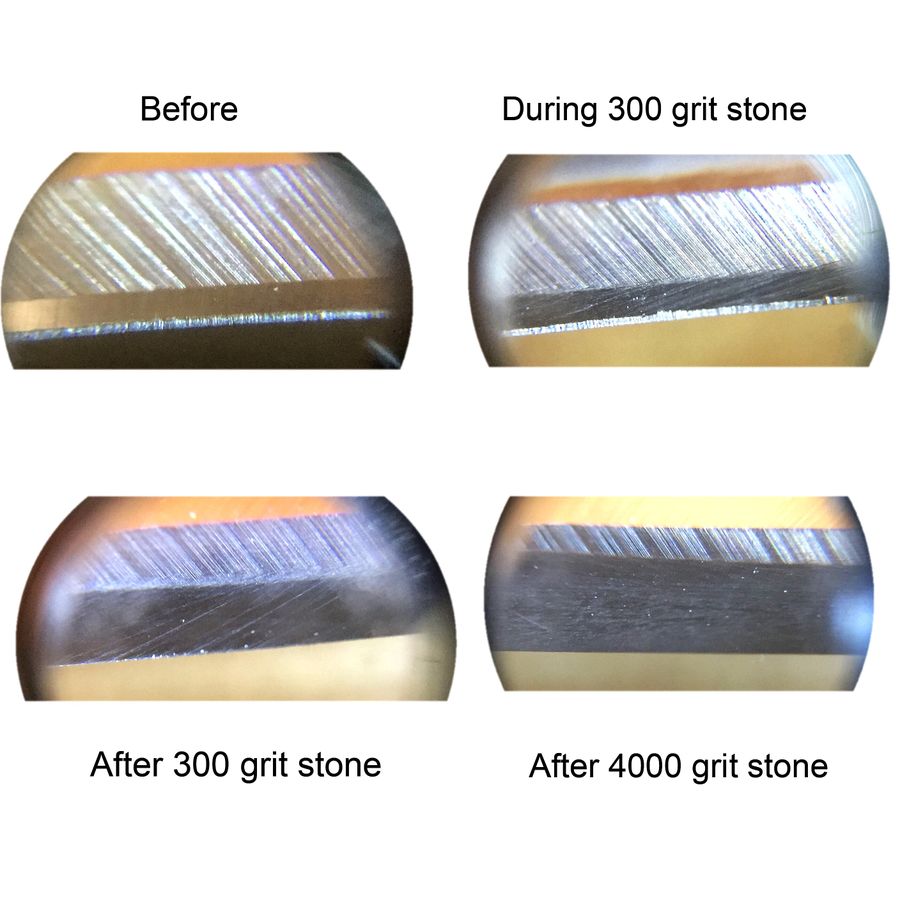 I used my loupe to check my progress. Also played around with taking photos through the loupe. You can see just how dull the dull blades are at the beginning. After a bit of work at the 300 grit stone, the metal as begun to wear away towards the edge. After more work, I have a proper edge, but now all the scratch marks from the 300 grit. But by the end, after the 4000 grit, a smooth edge. 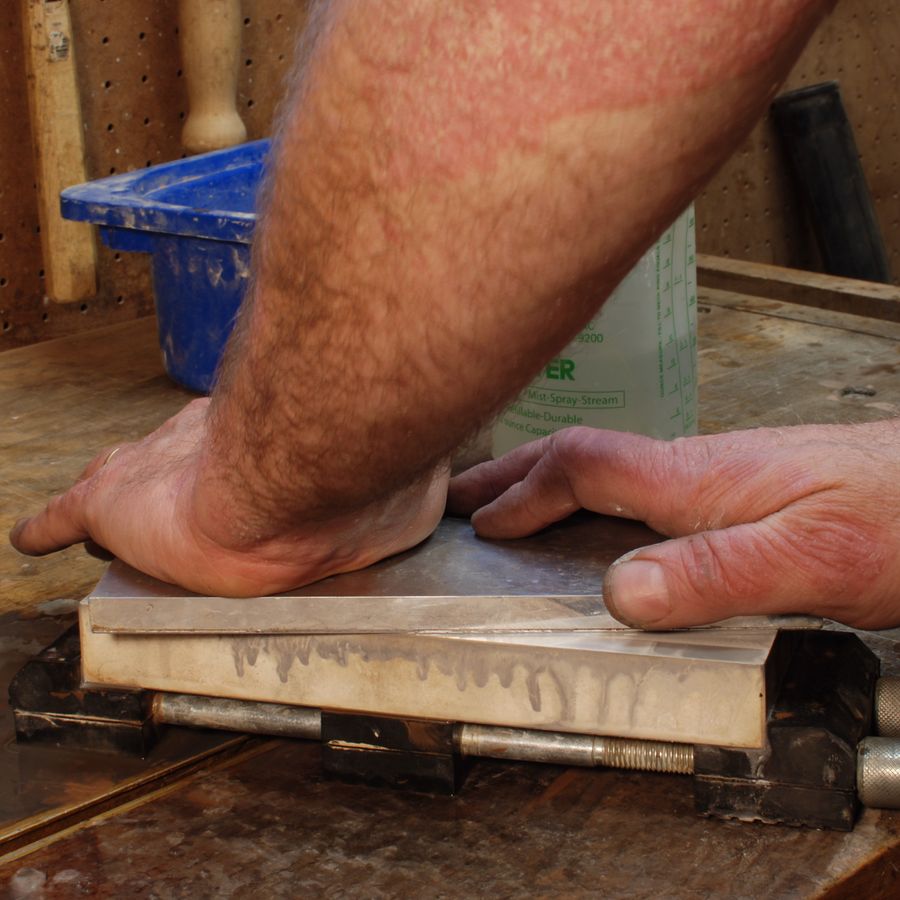 Since I'm working with water stones, I need to keep them flat. For this, I used a 400 grit diamond plate. As is my usual practice, I'd flatten the each of the stones after every dozen or so passes of the blades across the stones. Sounds like a lot, but it's not. Just maybe 15 seconds to keep it flat. 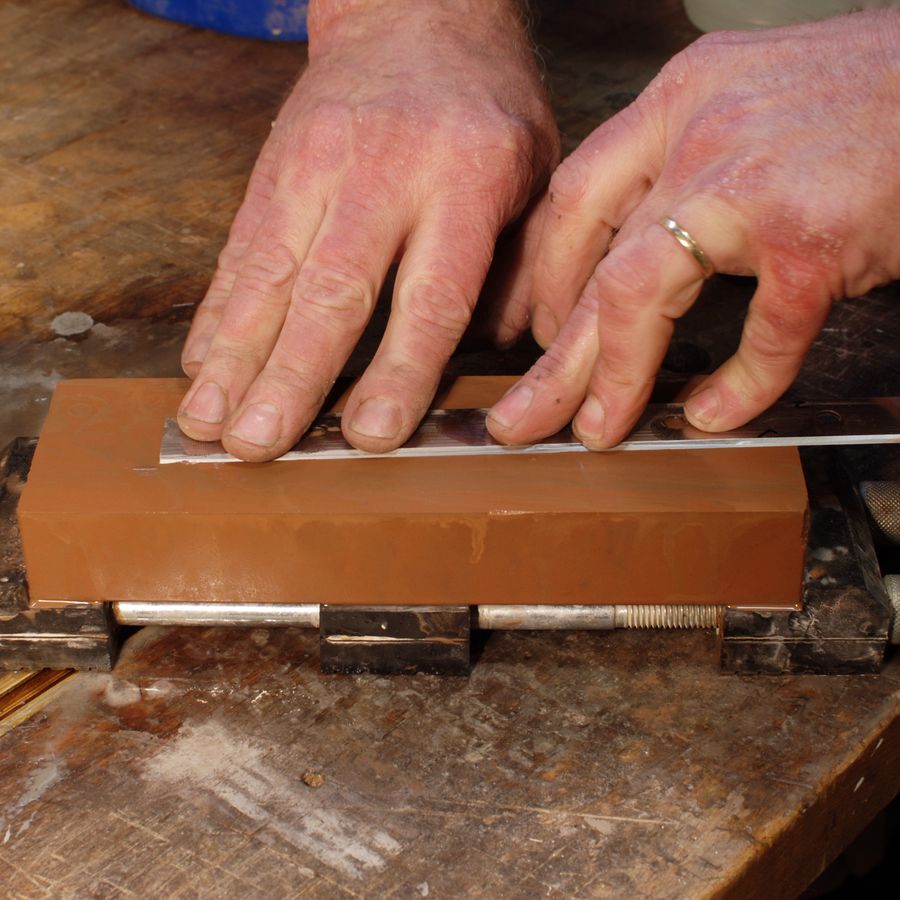 And of course, worked the back sides of the blades as well. 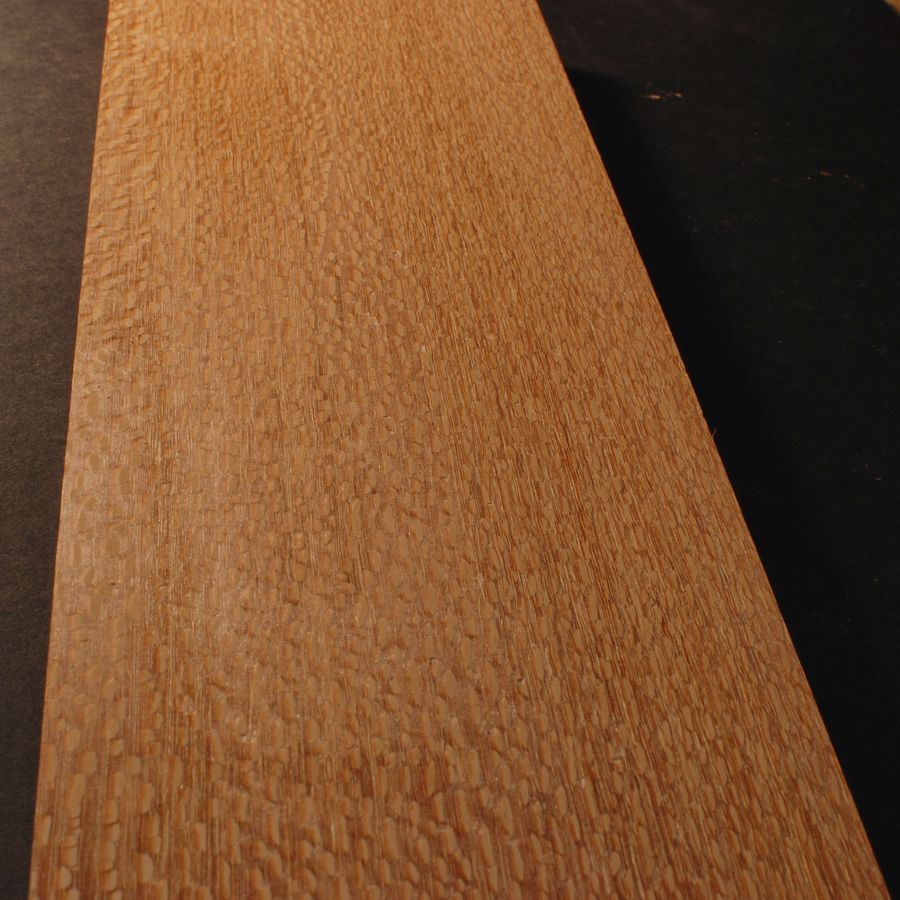 Testing out the blades on some Leopardwood. Looks nice. Not as perfect as brand new blades, but much better than dull blades. I'm sure as I do this more often, I'll get better.

Thanks for reading. Please let me any thoughts, comments or suggestions. This is very much a work in progress.