This is a large wooden chest I made to serve as storage and a coffee table in front of the tv. Something to store things in that were infrequently accessed, and something to put my feet up on when watching tv.

I went with this design because I wanted to use some old square stock that a neighbour was throwing out. I used these for the corner posts. Since they were so substantial, I figured I would have to make the entire chest quite big in proportion hence why it ended up so huge.

The sides were made using bought pine boards which is why they look so new and were much more stable. As I don't have clamps large enough to clamp together the edge jointing, I joined the edges together while including wooden rectangles cut into both side of the joint to help hold the edges together.

The lid was made entirely using scraps and old pallet wood which I regret in hindsight. It looked nice to begin with, and I still like the grain of the timber, but the problem I didn't realise at the time is that those pieces were not all completely dry, so after a couple of years, they began to shrink and some cracks formed. If i were to do this again I would definitely take more care to dry the pieces first.

Owing to the size and weight of the panels and lid, and the tv being upstairs, I had to take the chest up in parts and assemble it there. I still don't know what I'm going to do if we have to move house :p 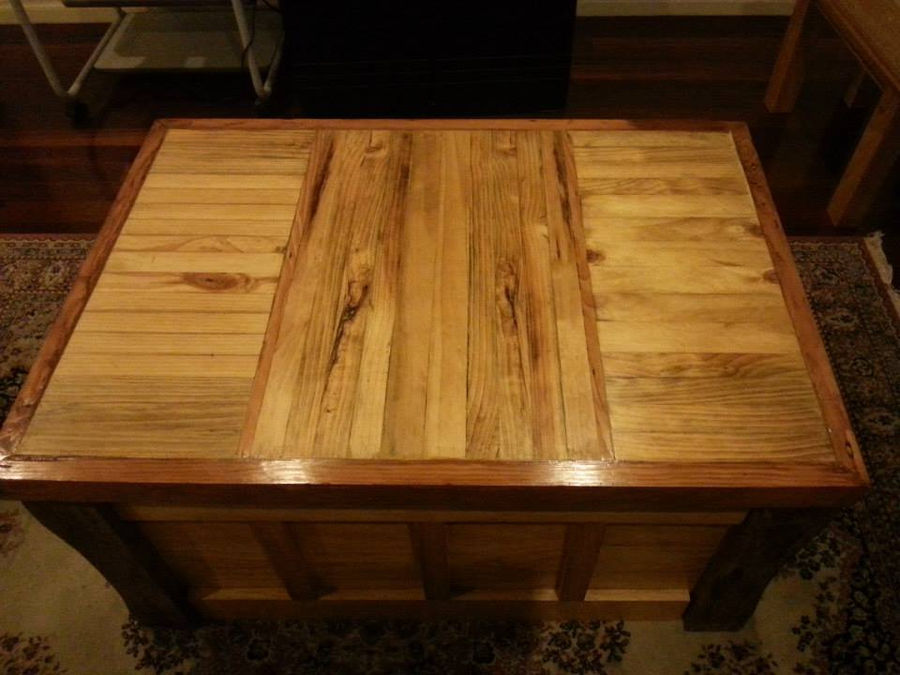 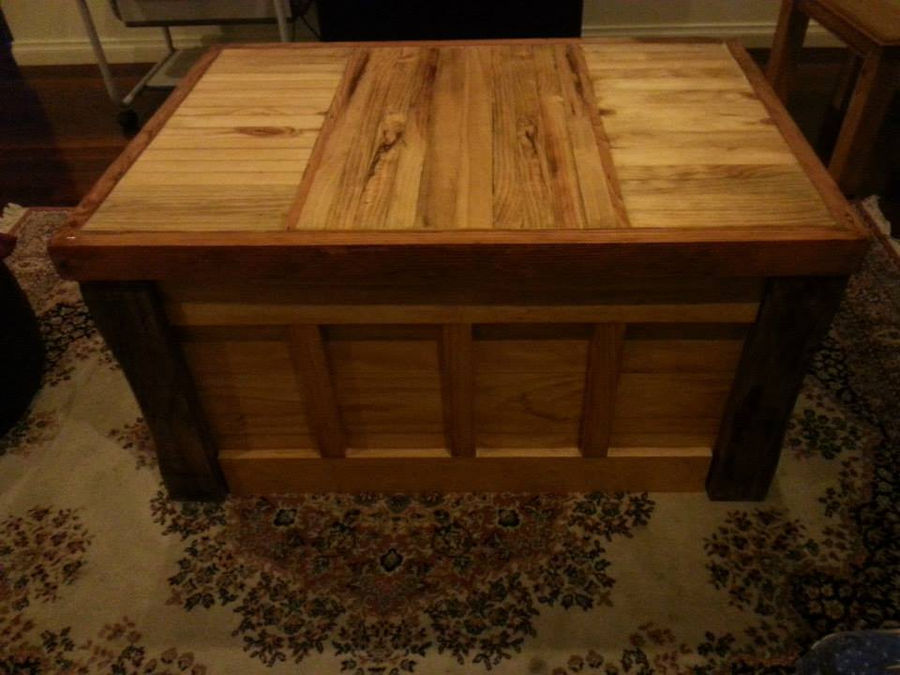 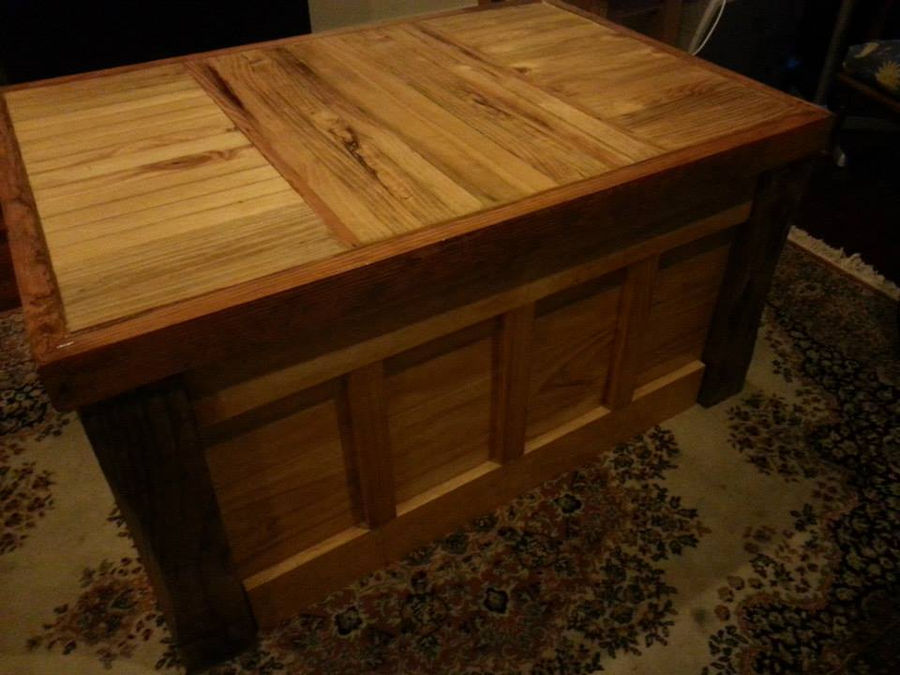 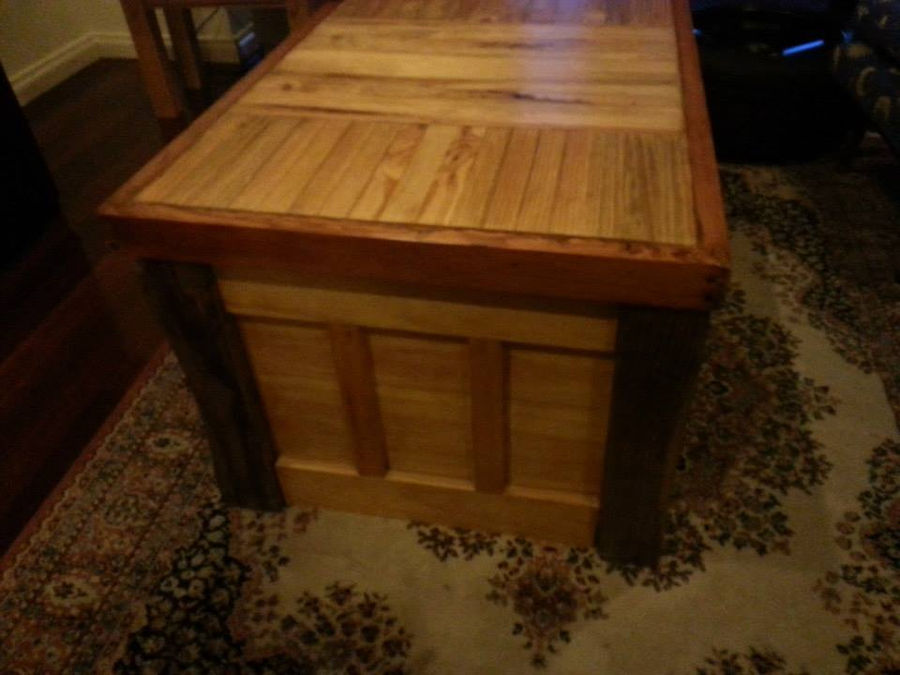 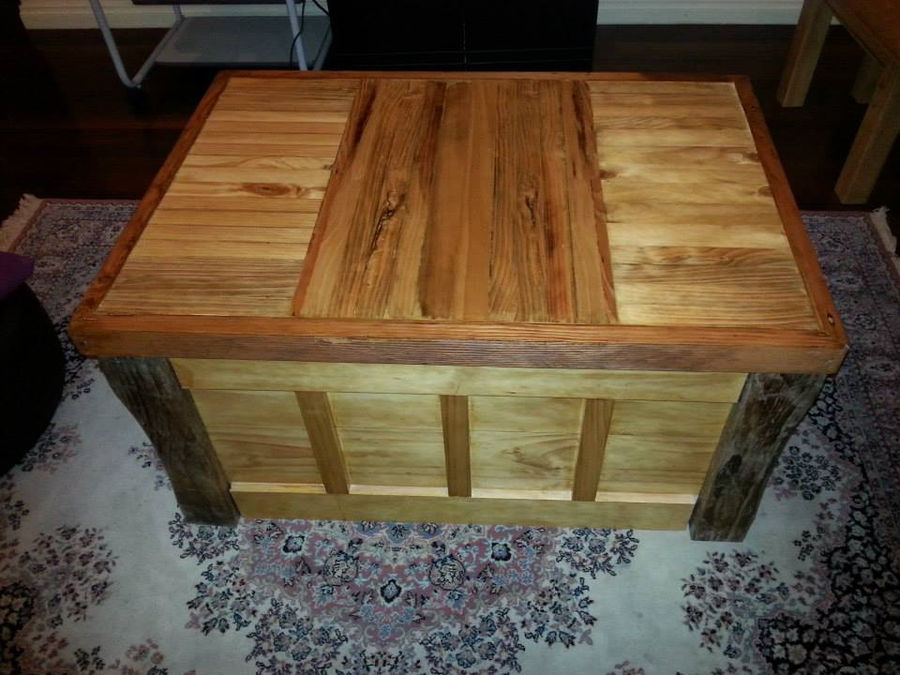 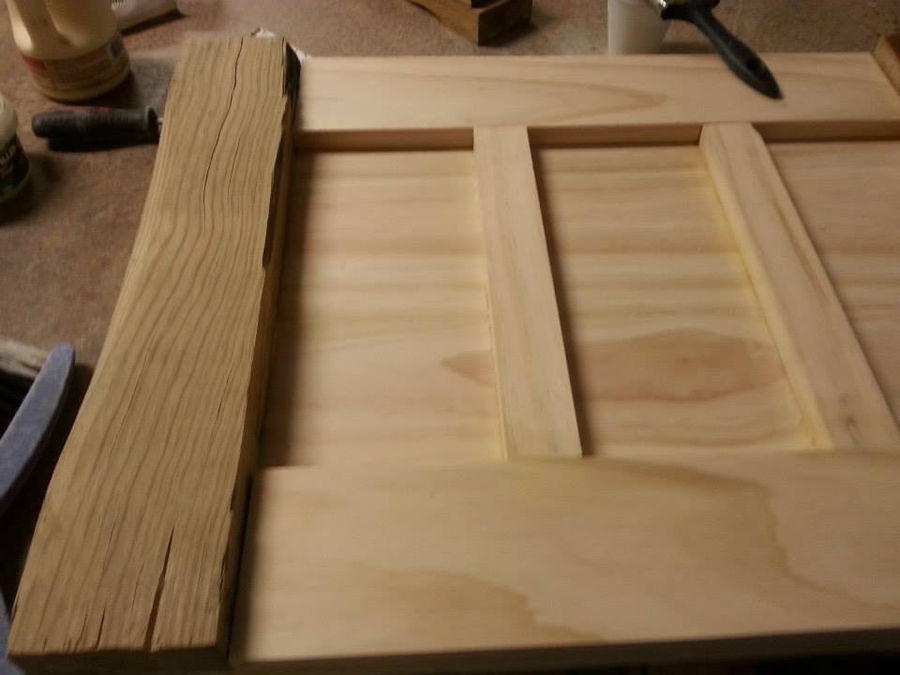 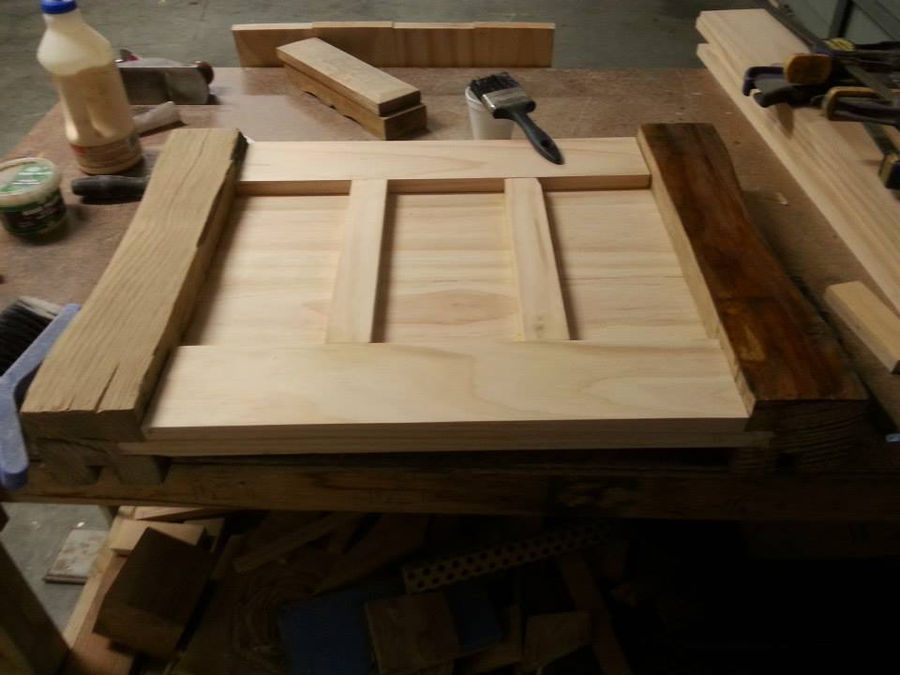 Before and after applying oil to the corner posts. This old timber really drank up the oil so I had to put a *lot* on. 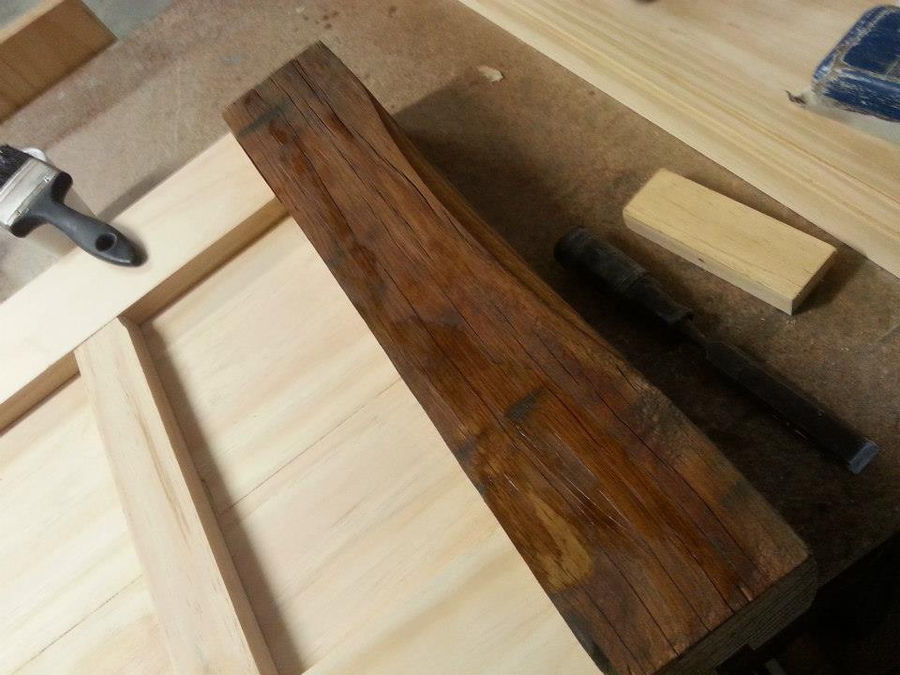 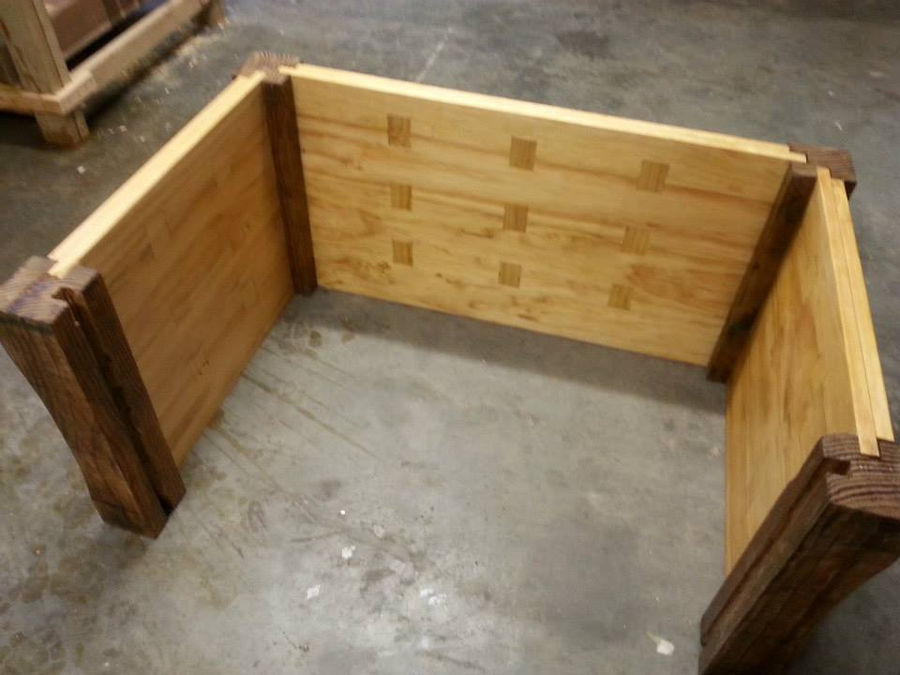 Picture showing the blocks glued into the edges to help hold them together whilst drying. I suppose they also contribute a cross-grain dimension a bit like dovetail keys in splitting timber. All I know is that I have had no problems with any of the side panels splitting or cracking. They still look like the day I finished them + some dust. 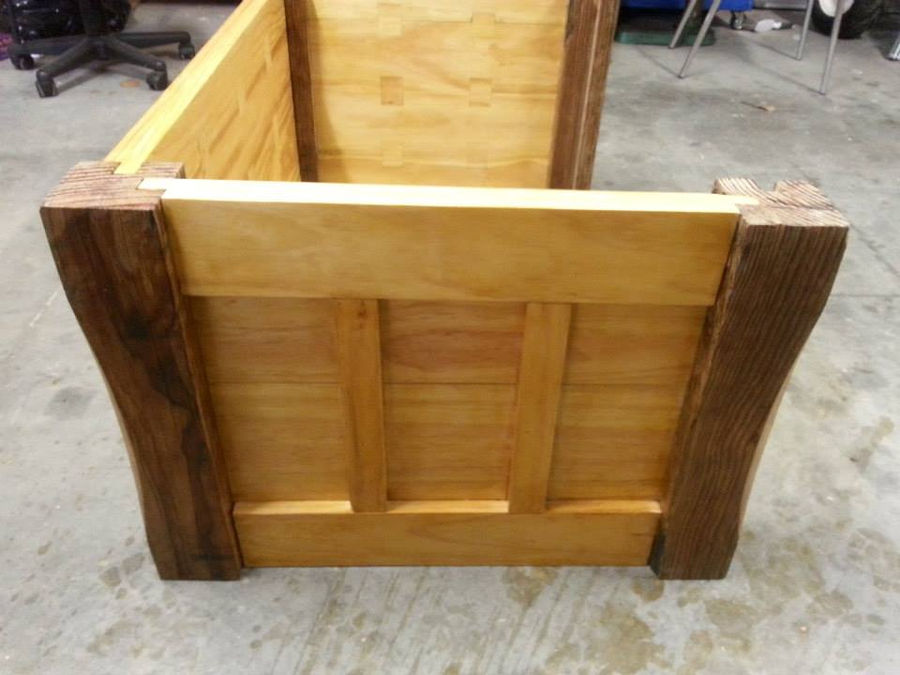 The timber was first finished with oil, and then several coats of shellac. I felt the oil itself left the piece looking a bit drab. Personally I like the warm amber tone that shellac gives. 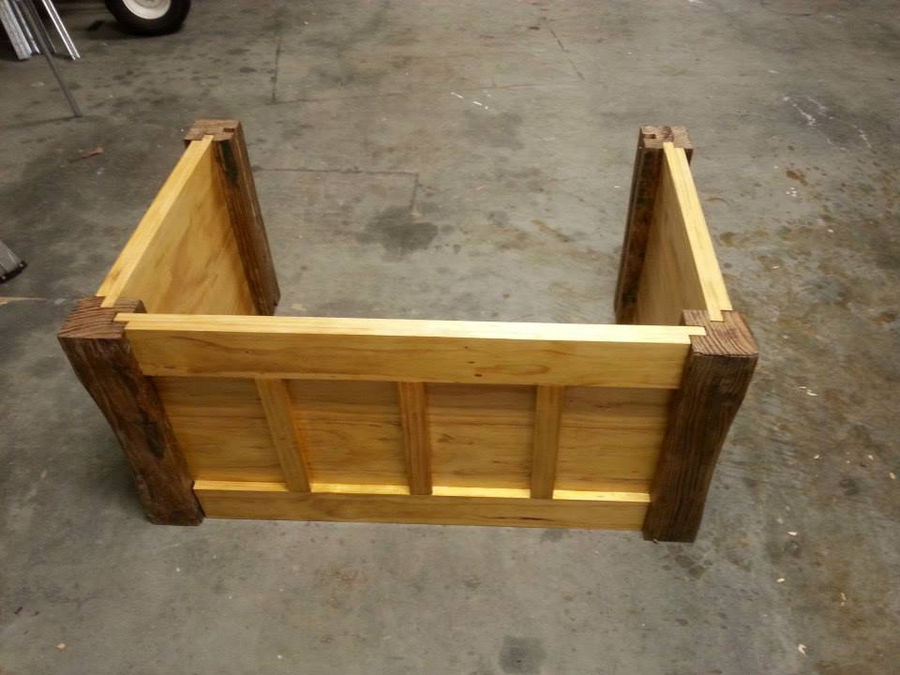 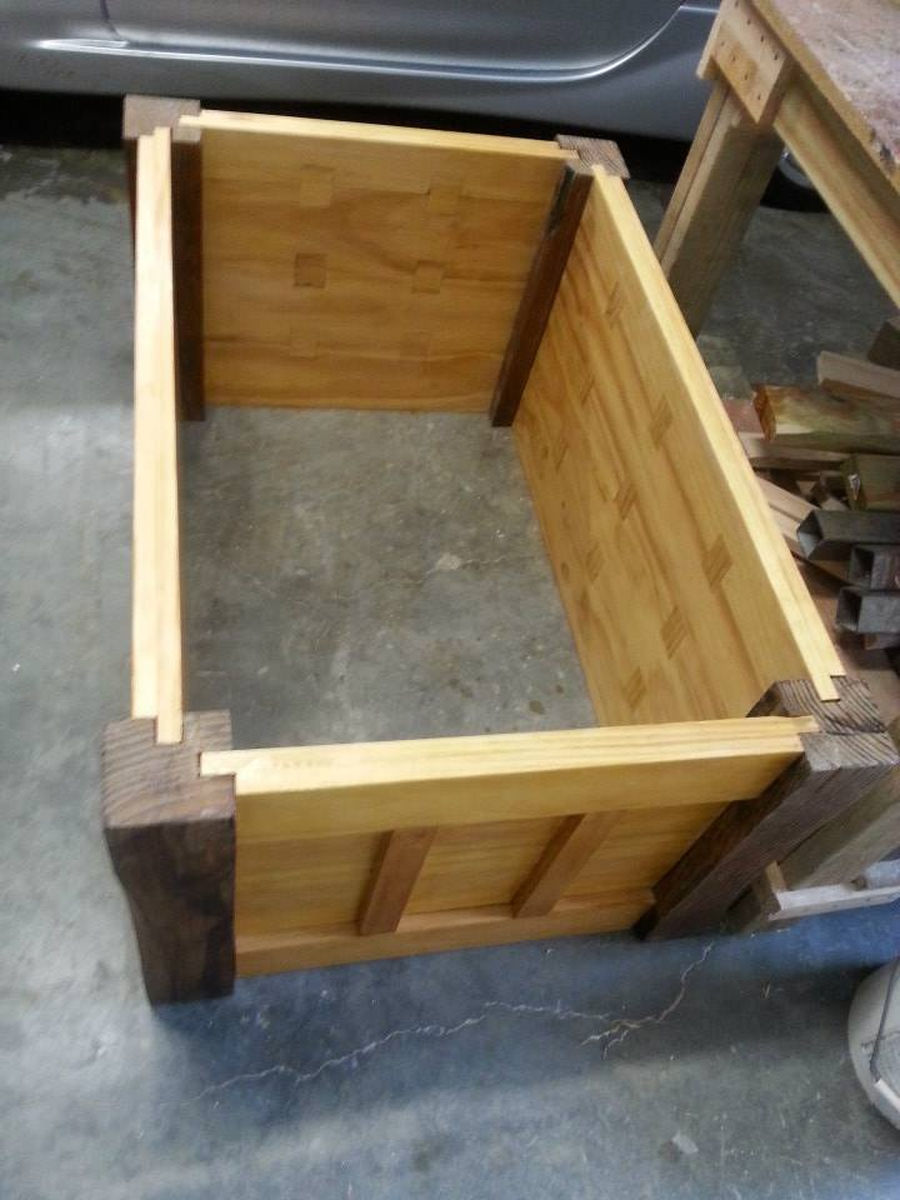 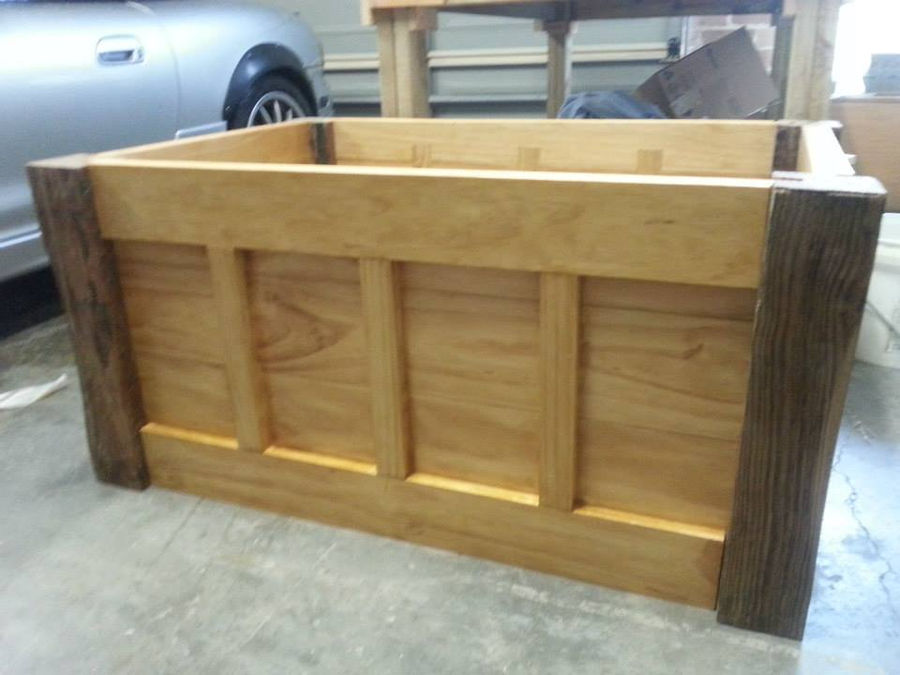