This was my first cutting board project -- before I even tried an edge grain version.

Oak and Maple were used straight from the big box store.  At this point in time, I had no milling machines and my plane inventory was very weak.  I had a heck of a time flattening after the second glue-up (after the checkerboard pattern is established) because my $10 plane from True Value hardware either caused terrible tear out or would just skip across the end grain.

In retrospect, I would have used a piece of maple that didn't have such prominent color changes due to knots in the wood.  My thought process at the time was that it would make for a great look, akin to spalting, once it got some mineral oil on it -- personally, I think it looks less-than-good now but it still serves its purpose well.  I also have fond memories associated with this project as it was my first non-shop-project woodworking project -- so I cannot bear to put it away for good. 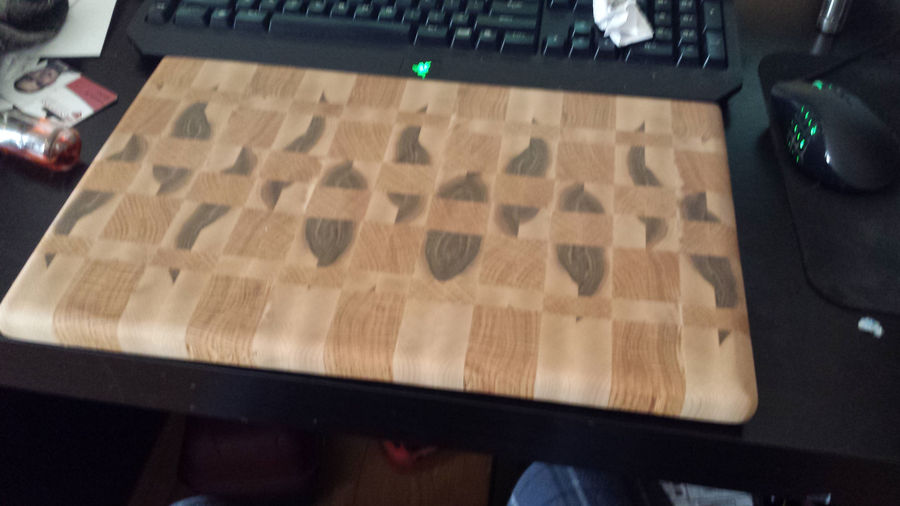 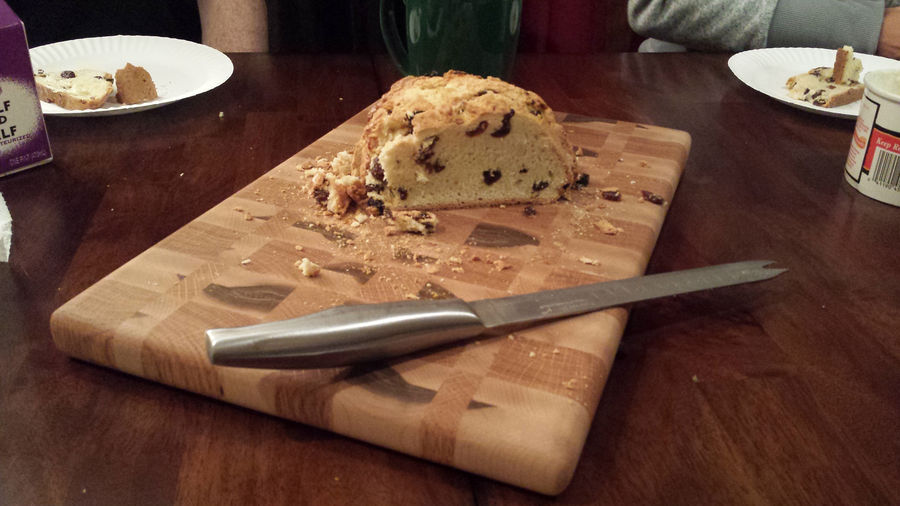 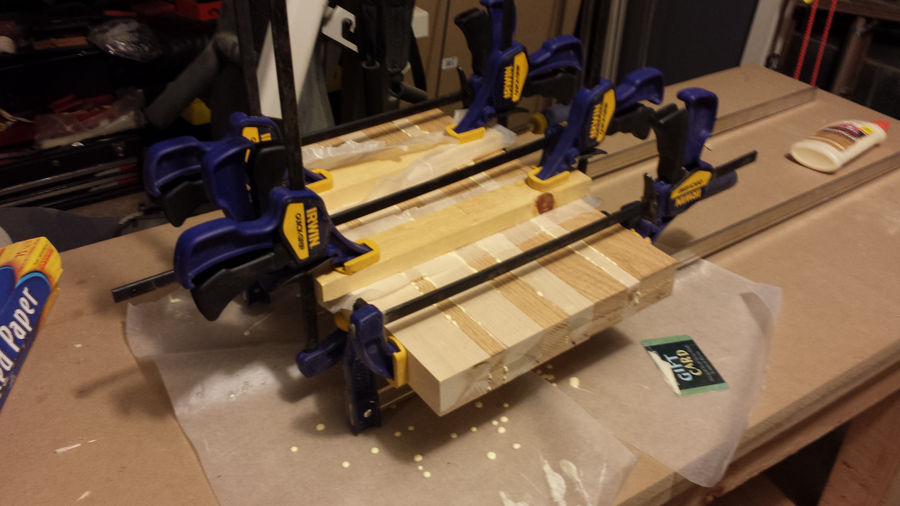 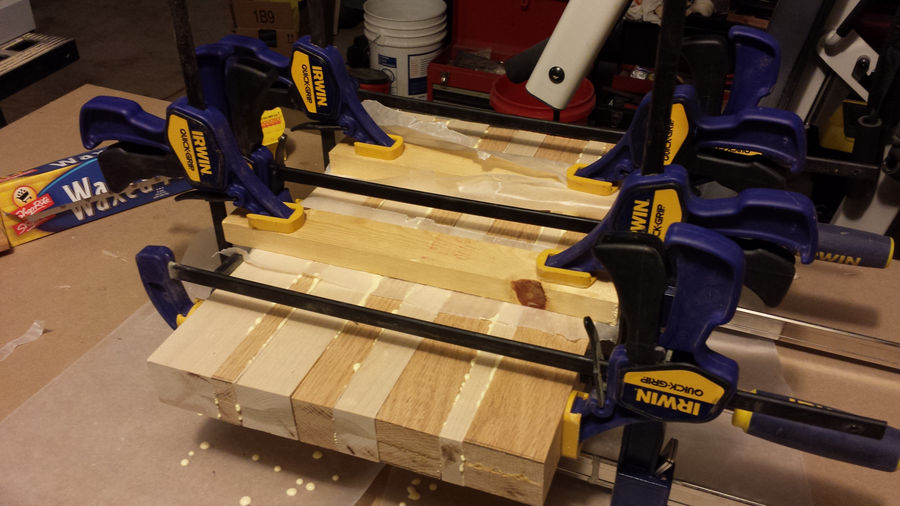 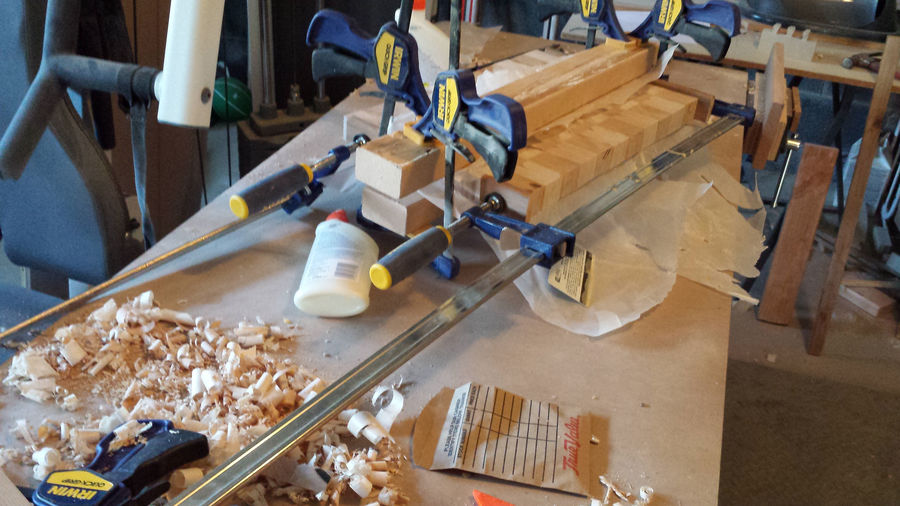 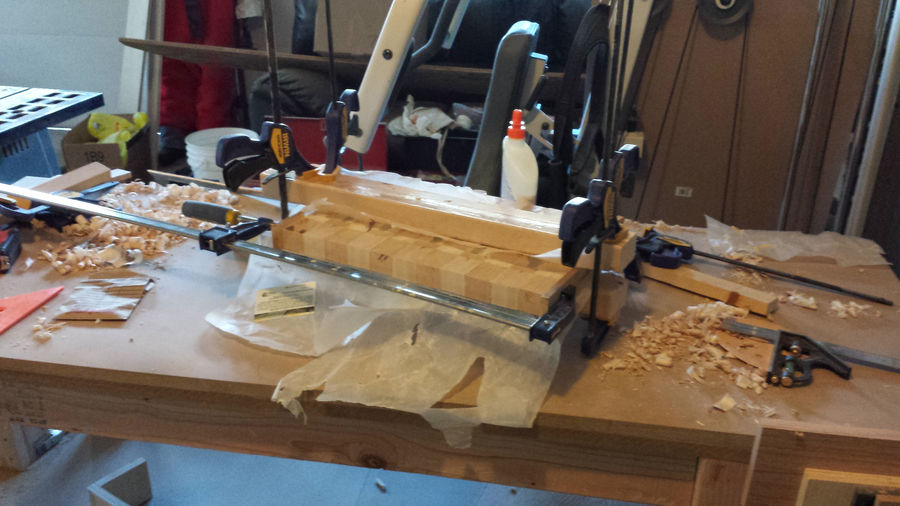 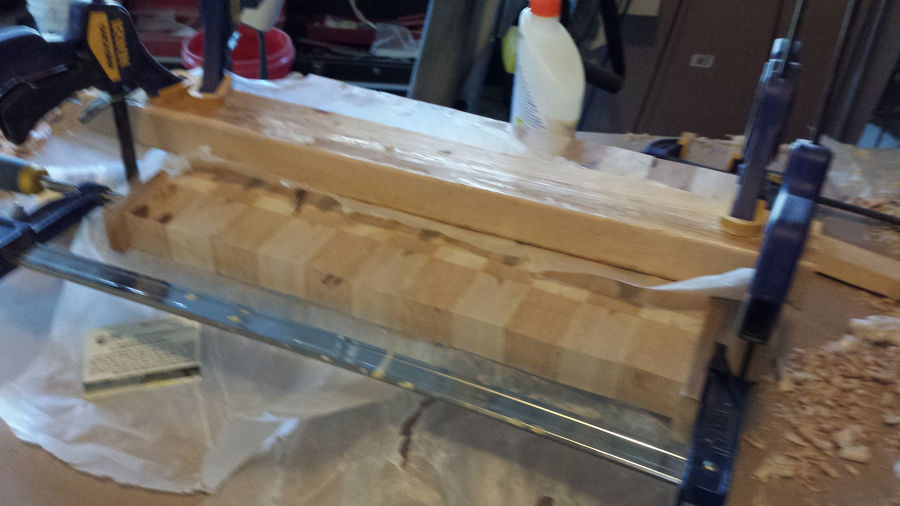 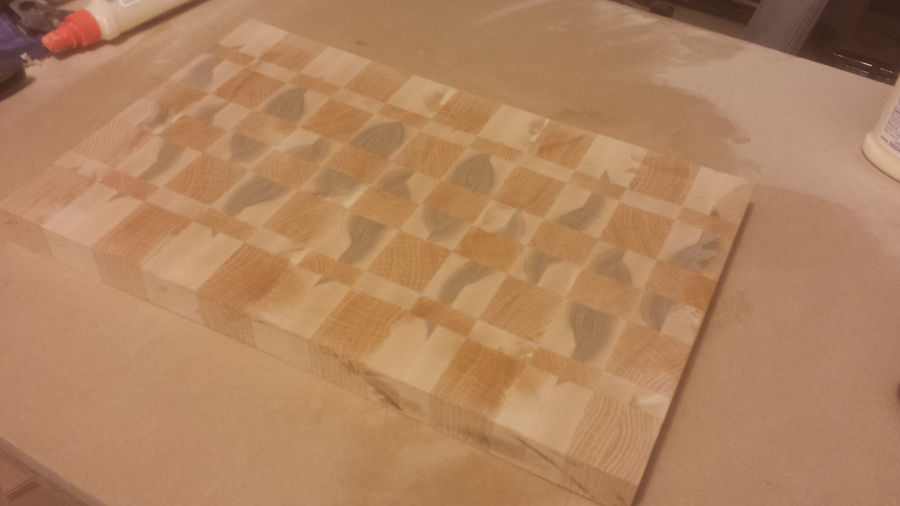 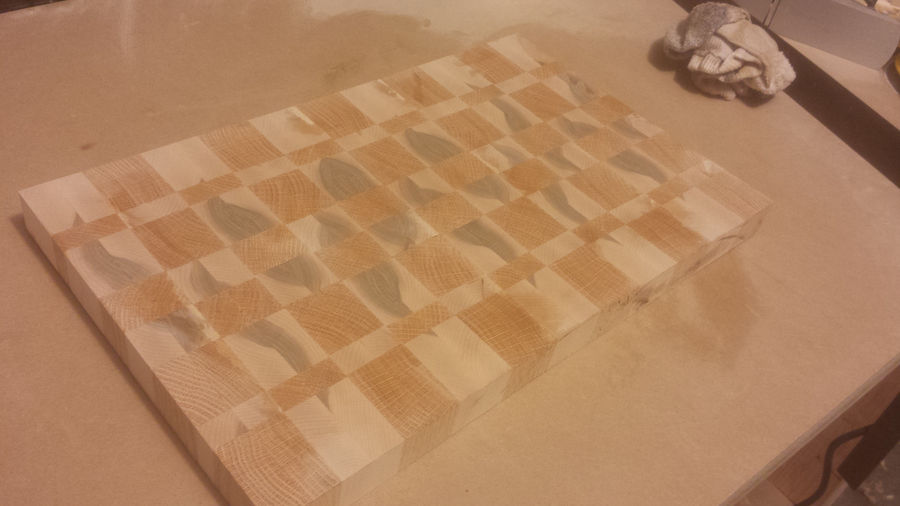