Transformed the hillside in our backyard to a usable space for us to sit and enjoy the great outdoors.  We were on a budget so the entire process was about as DIY as you can get. 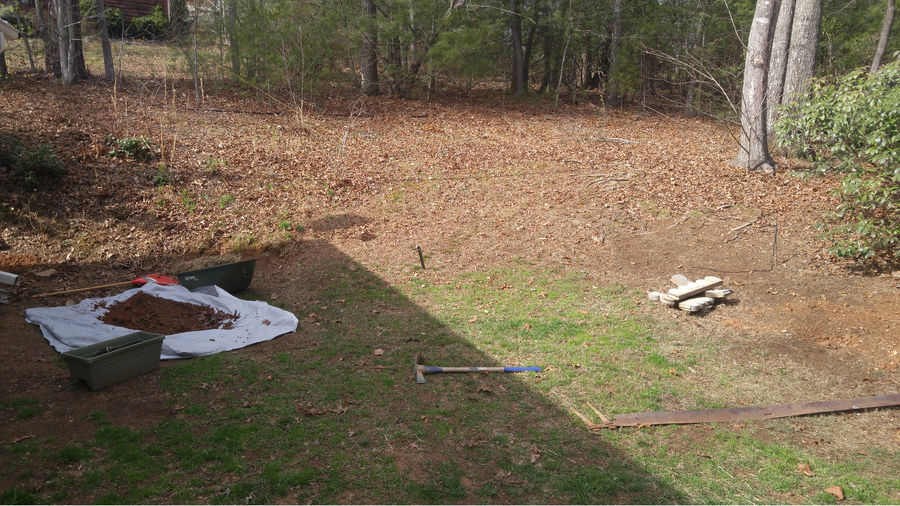 Our backyard started out as a hillside with almost no grass.  The whole thing made our backyard pretty much unusable.  My wife had the idea of building a retaining wall and pergola to brighten the space up and be able to entertain outside. 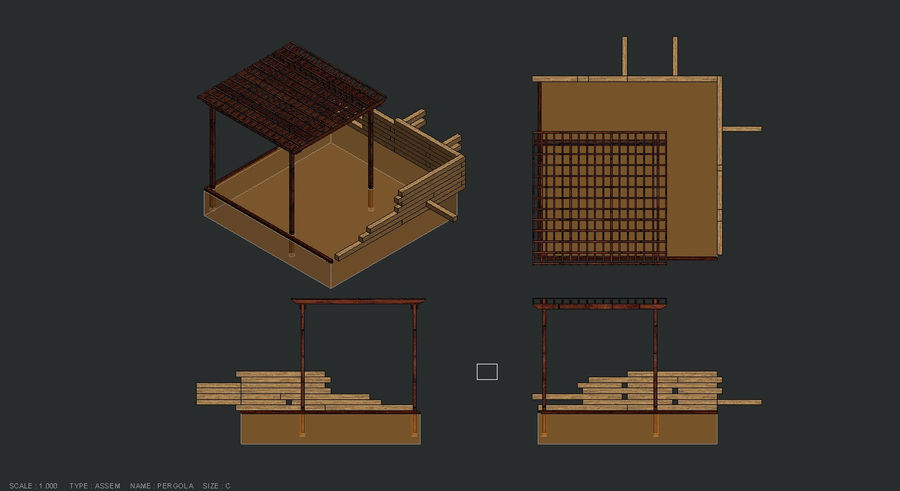 The project started on the drawing board.  Like most projects, the plans were not followed exactly.

We were trying to do this as cheap as possible which meant we couldnt afford to rent big landscaping equipment...and so began the digging.

When we started, we thought we would only need 10 timbers.  By the time we finished the wall, we were more than 10 timbers deep and twice the budget tall.

After finishing with the retaining wall, I laid a border for what would become the pergola and we started digging the post holes. 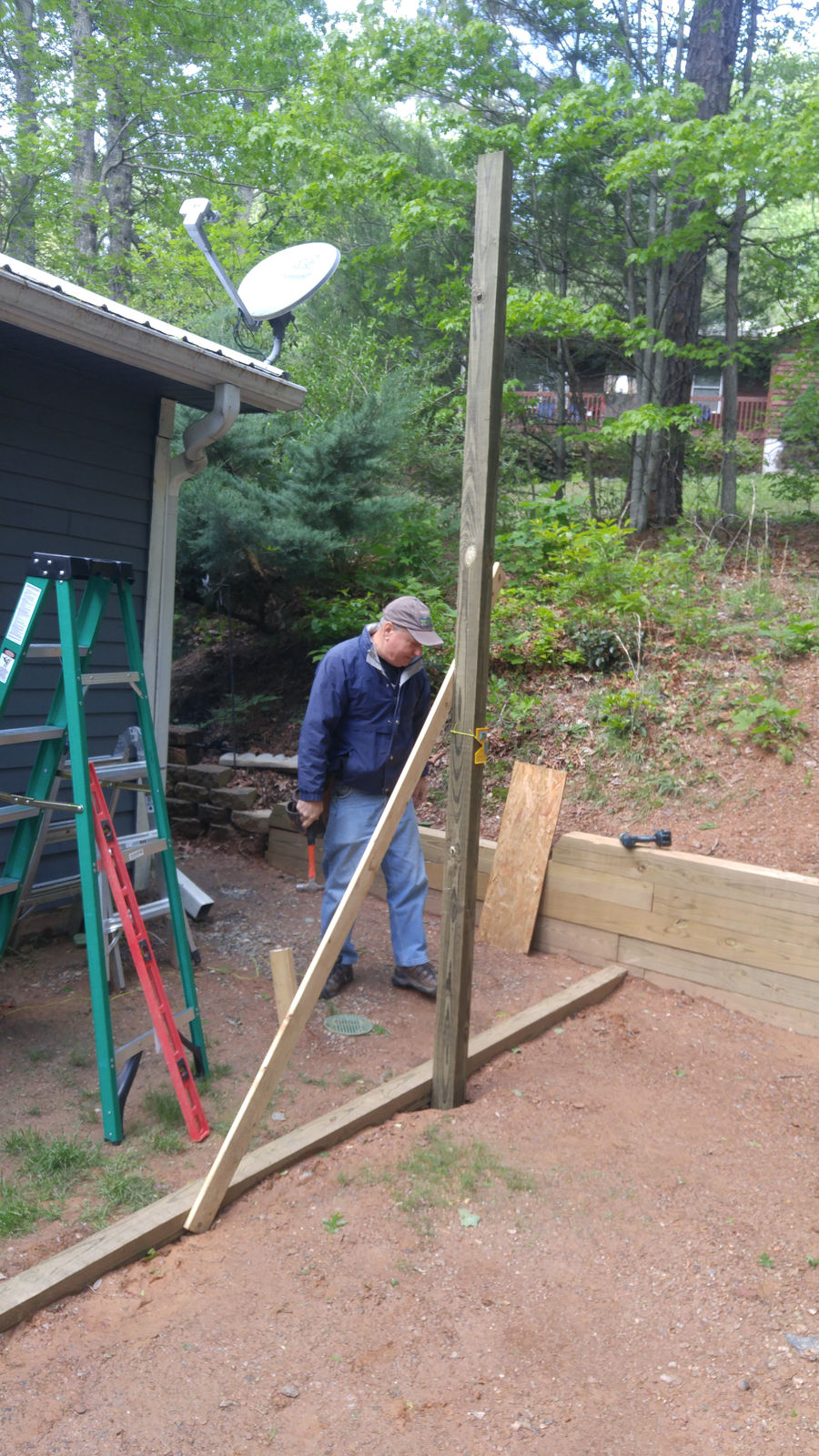 I solicited the help of the In-laws since lifting 30 6x2x12s solo would have been quite the feat. 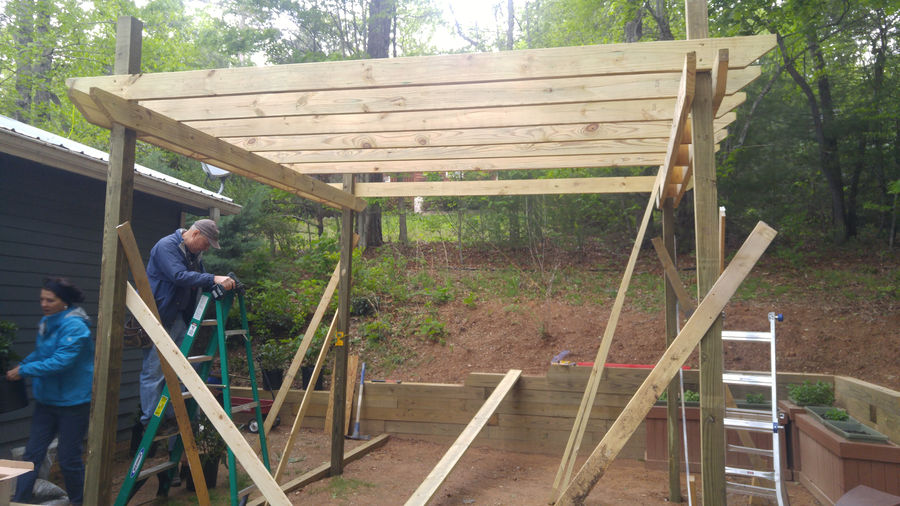 Once we got the posts set, everything started to go together rather quickly. 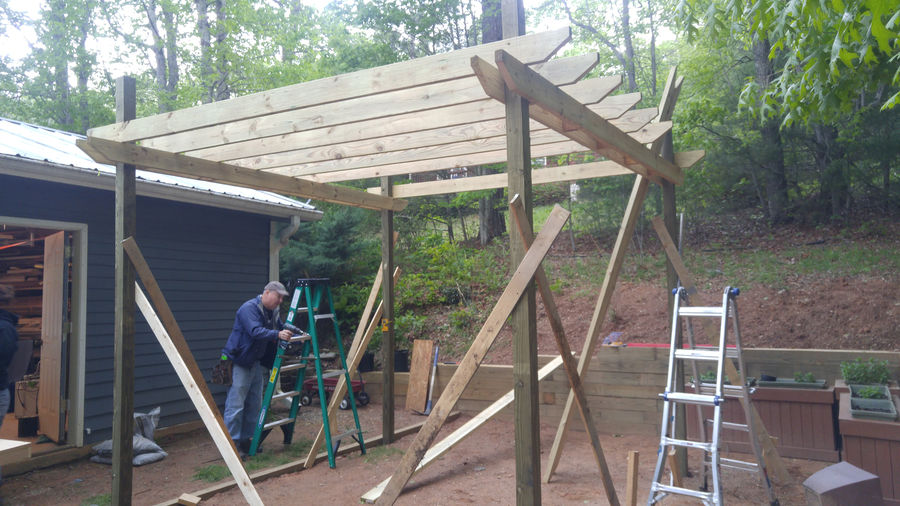 Building the pergola was by far the easiest part of this whole project. 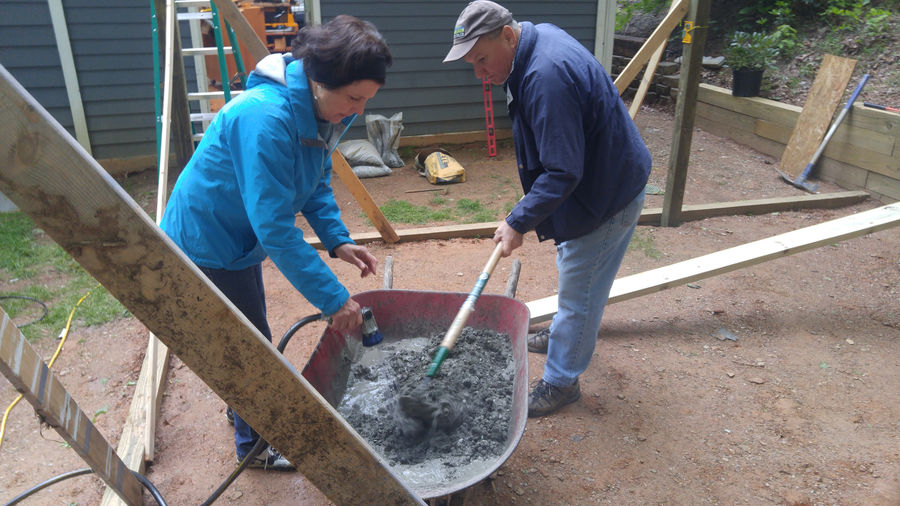 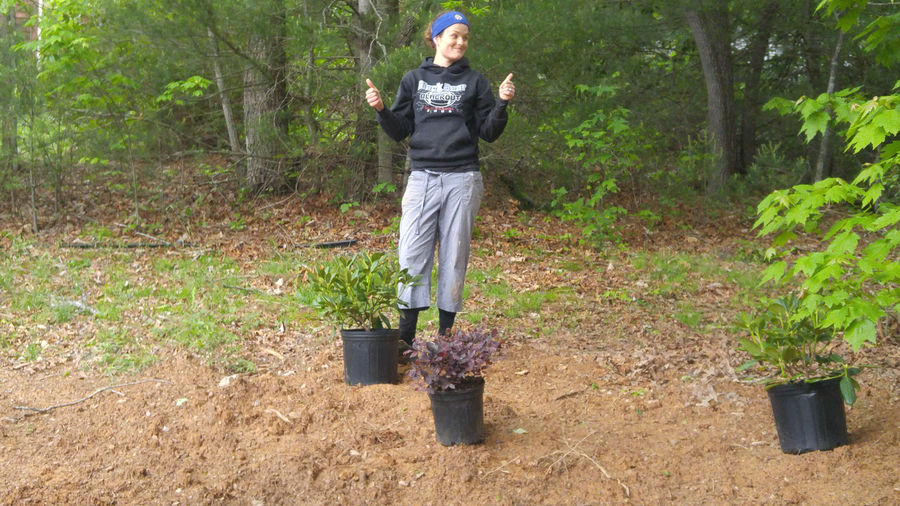 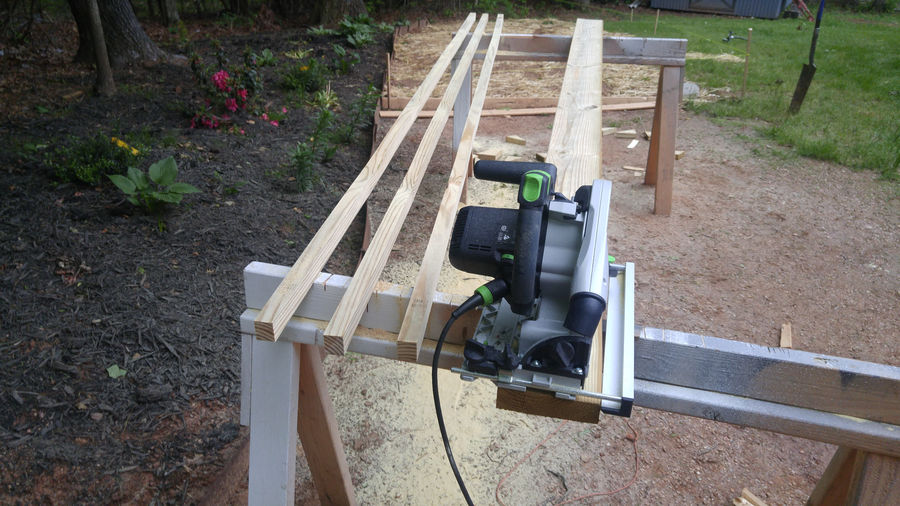 For the top Purlins, we needed 2x2s.  Since the big box stores do not sell 2x2s I had to make my own.

After the pergola was built, we started to lay stone dust for the paver base. 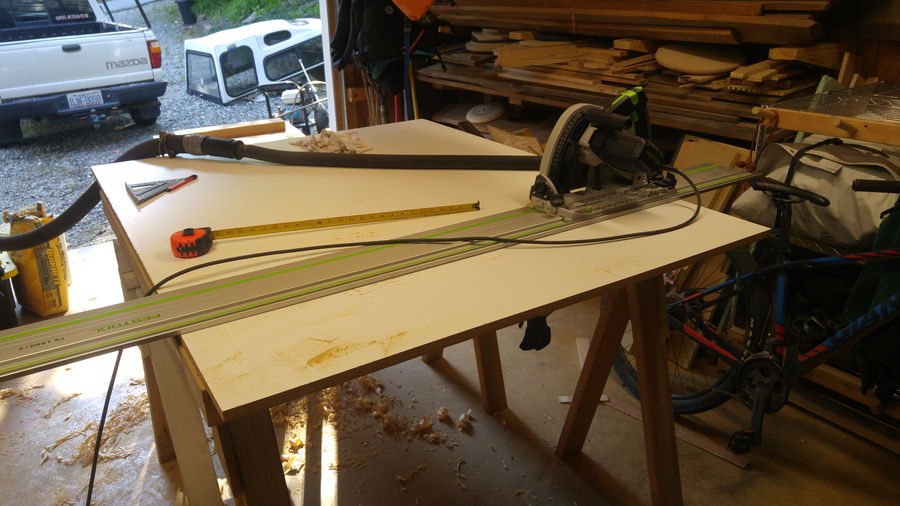 Since we were already over budget, I had the bright idea of making my own pavers instead of buying them for $4/each.  We managed to make them for about $0.88/each but if you consider the time and energy it took to make each one they were probably worth more like $10/each. 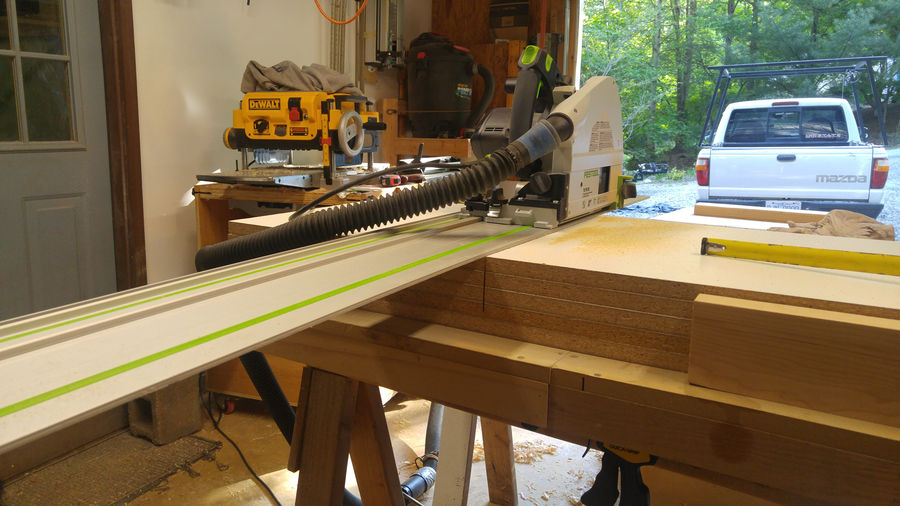 This saw is a relatively new addition to my shop and I really got to explore the depths of its capabilities in this project.  cutting stacks of sheet goods to make the molds was fantastic. 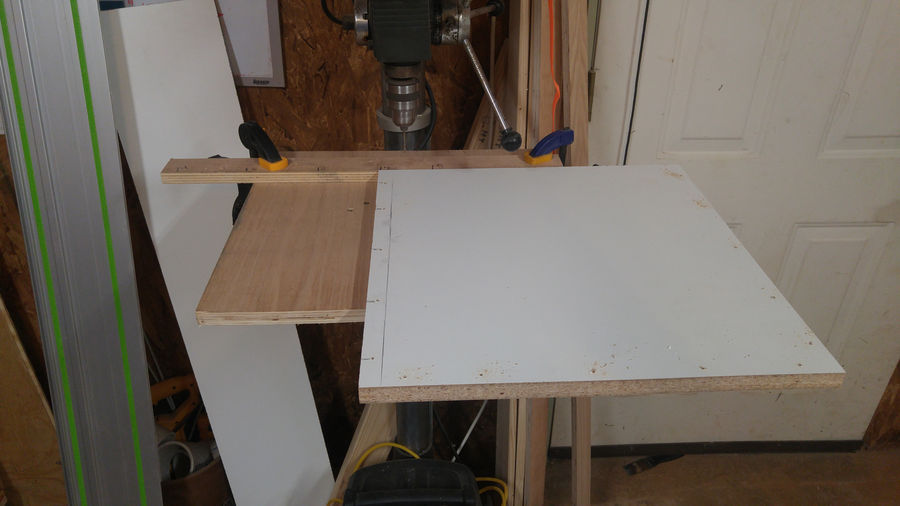 We made the paver molds using melamine plywood.  The one flaw to this material is the particle board base would absorb the excess water from the concrete causing them to deteriorate faster. 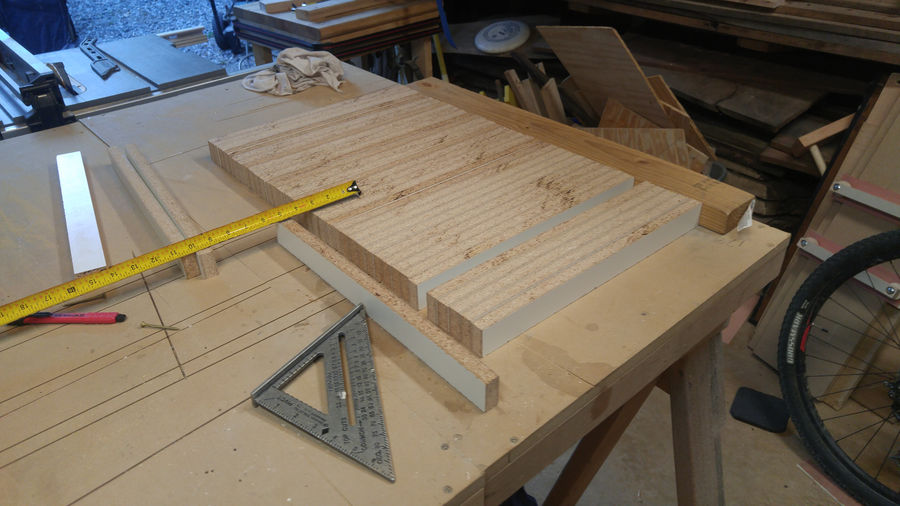 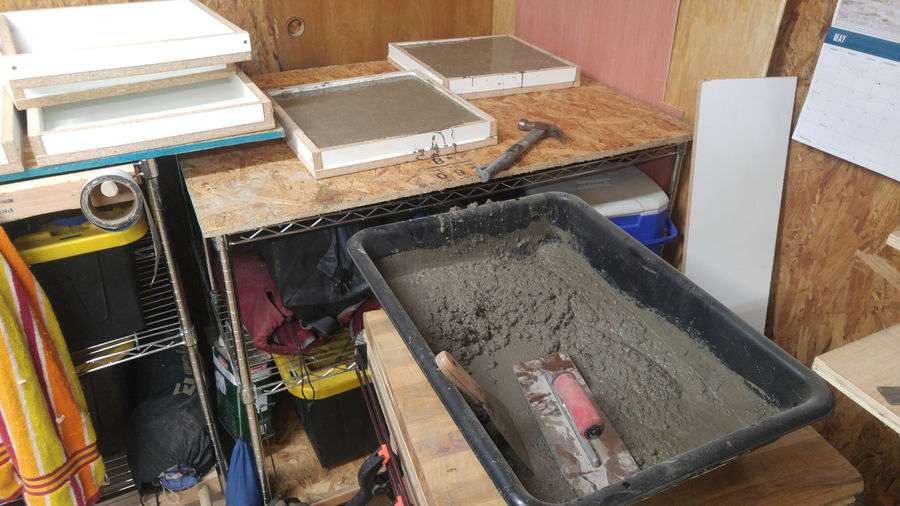 Started out by hand mixing the concrete each night and filling the molts.  We would beat on the table with a hammer to get all the air bubbles out of the concrete and make the pavers settle into the mold.  We only had 10 molds and needed about 130 pavers so every night we would repeat the process. 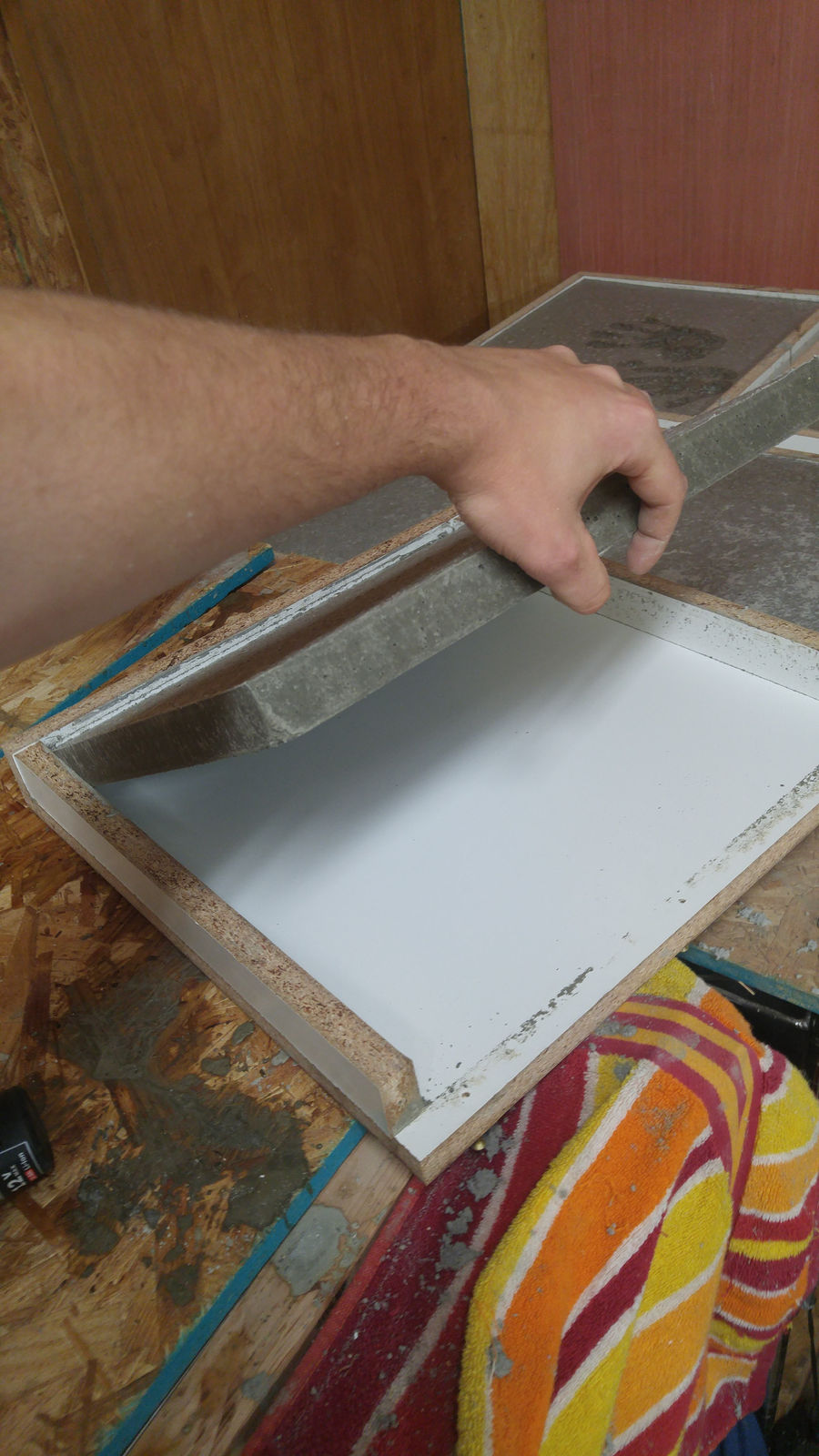 After setting up for about 24 hours, the concrete pavers would pop right out of the mold. 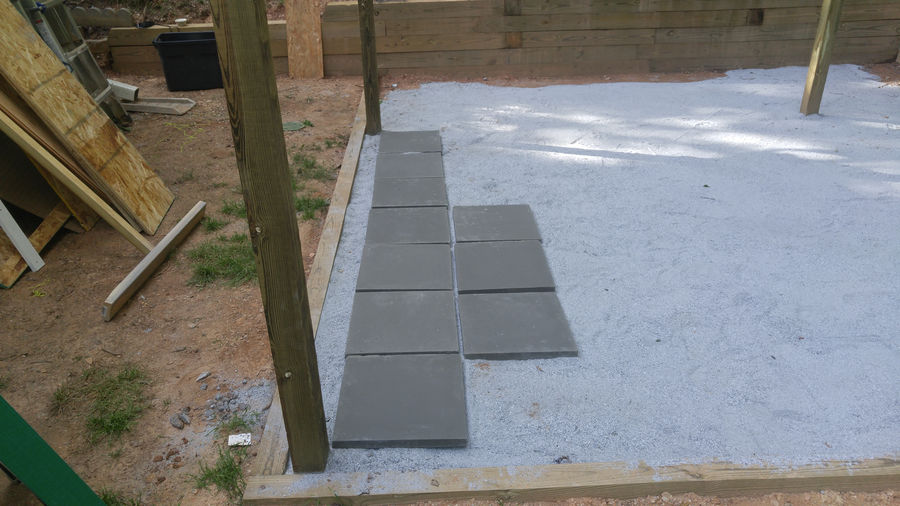 10 Pavers per day.  Worst two weeks of my life. 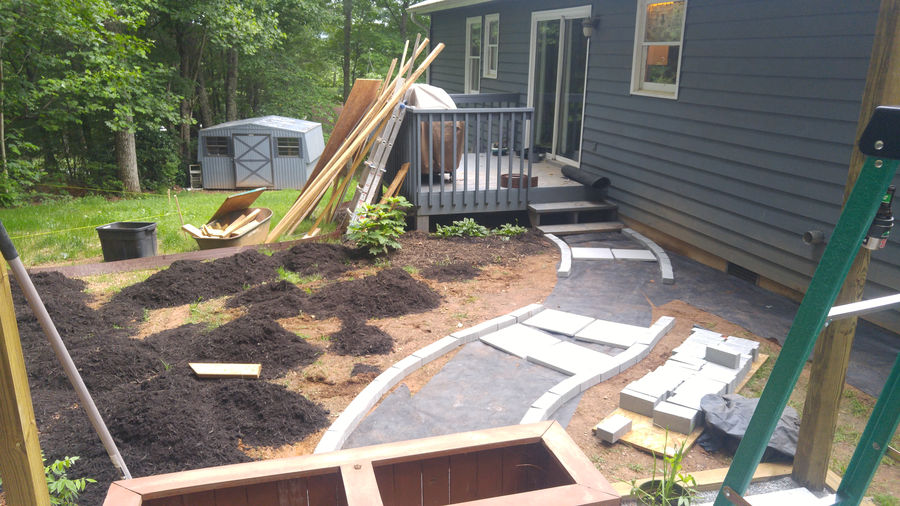 We also added a pathway from the back deck to the pergola.  We were trying to plant grass some of these areas but the lack of topsoil made it very difficult.  We decided to just lay down mulch for now so that next year we would have some decent dirt to plant grass in. 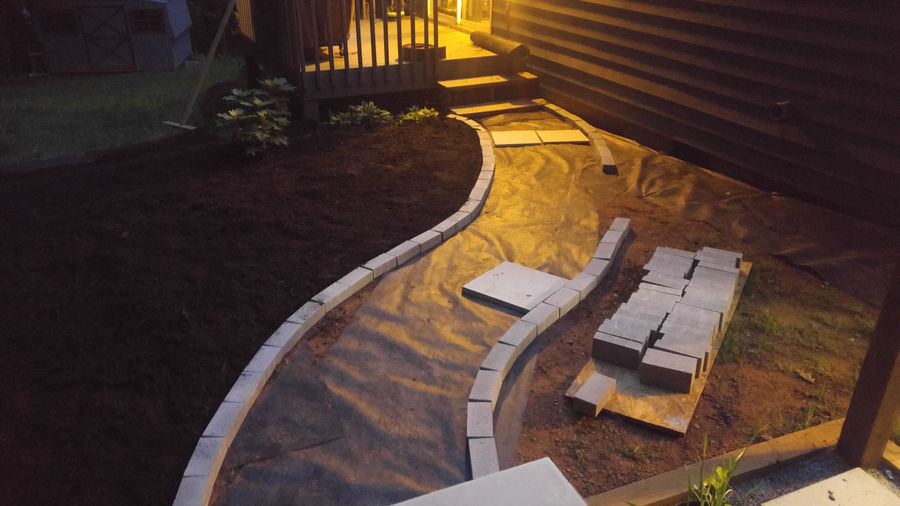 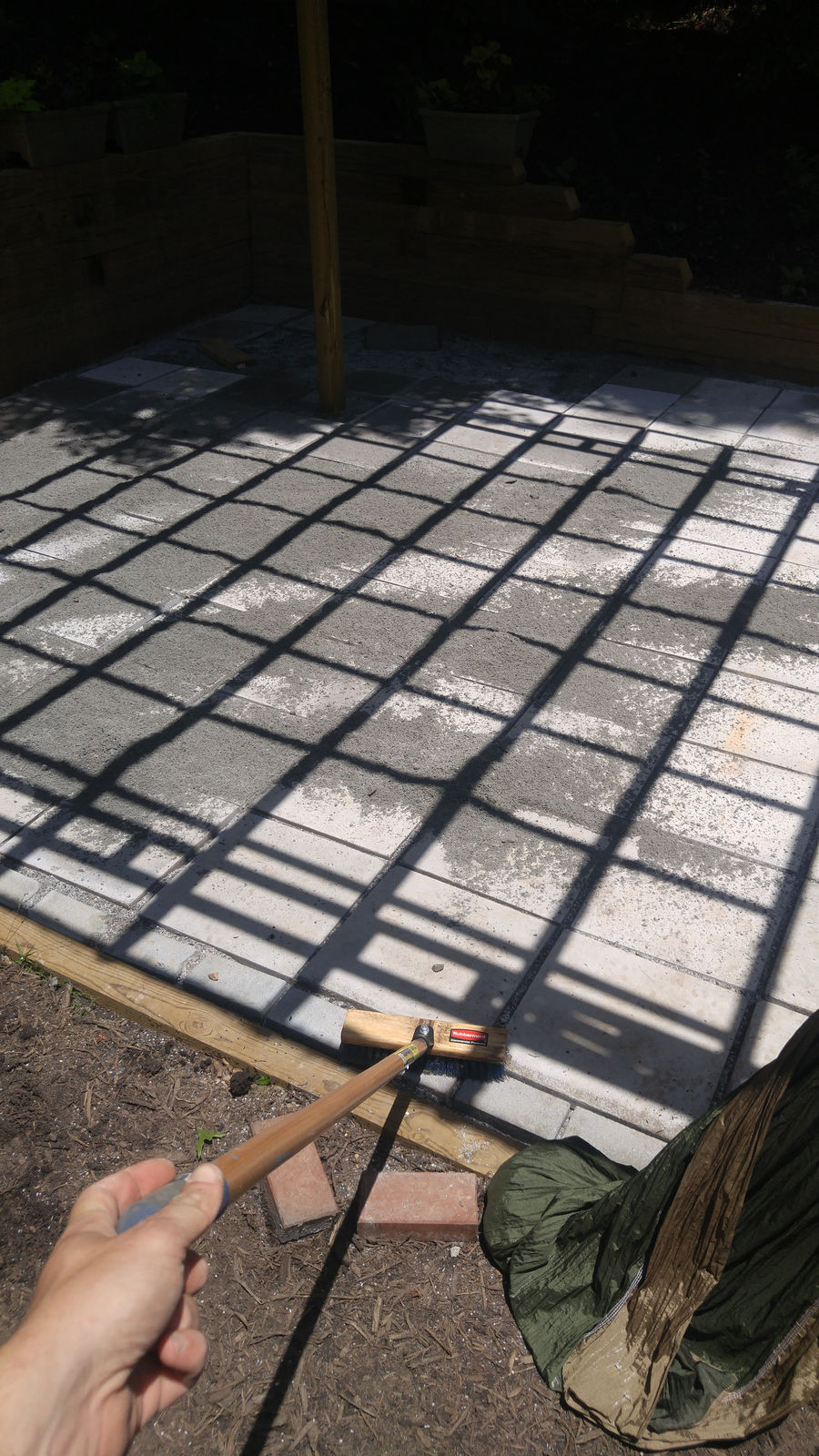 Once we had all the pavers laid, we swept stone dust around the pad to fill all the gaps between the pavers.  This made a very solid base and really locked the pavers in place. 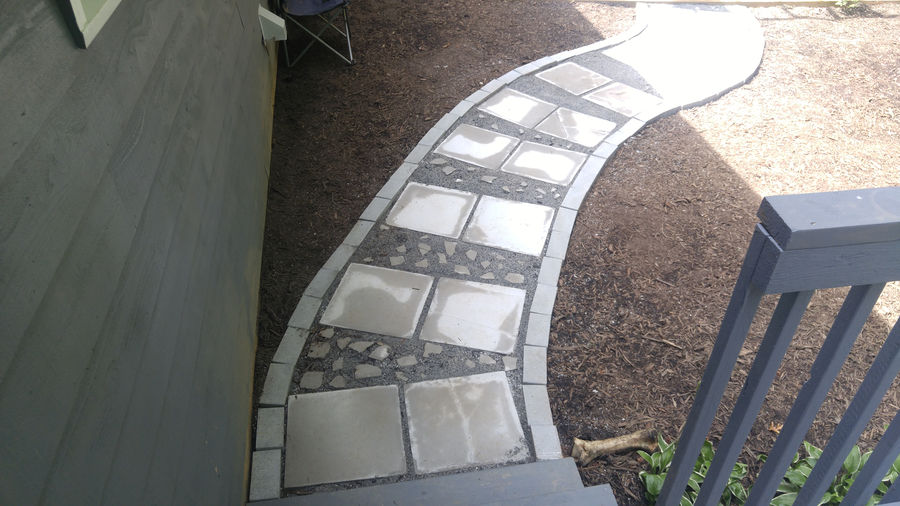 We did the same thing with the pathway with a little extra artistic touch.  As we found out, artistic is not kid proof. 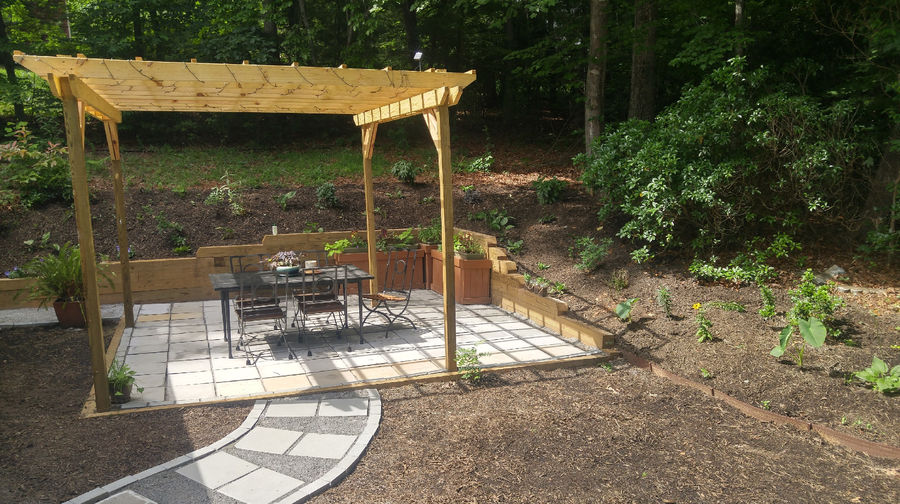 End result.  Check back in a year and hopefully we will have some nice lush grass to complement this new entertainment space.