I made this music box for my wife as a gift. It is inspired by Sean's Paduak and Maple dovetailed box. Mine is made of Bloodwood and Ambrosia Maple. 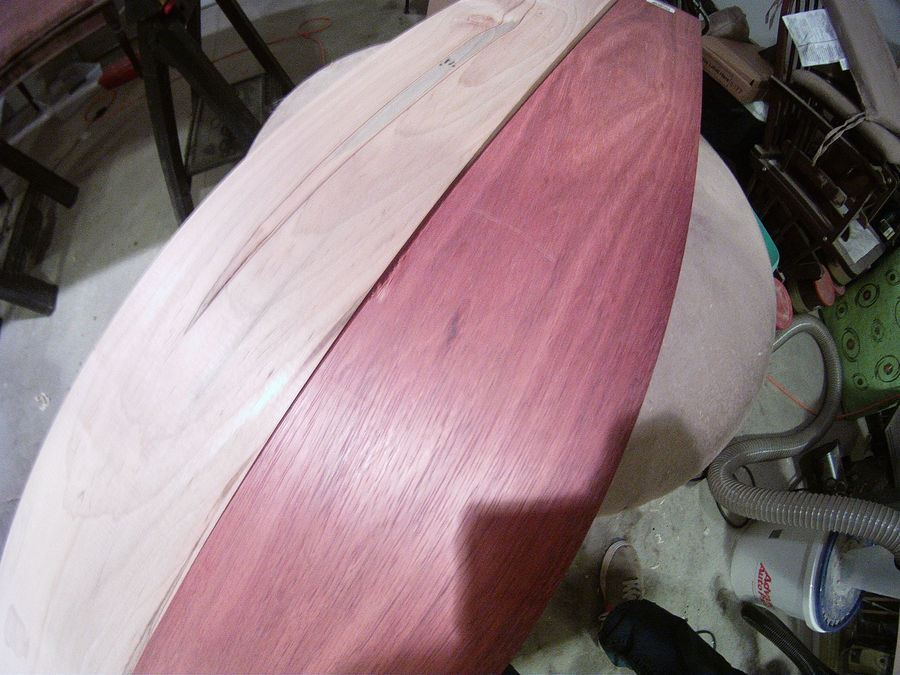 I chose Bloodwood and Spalted Maple to make the box. 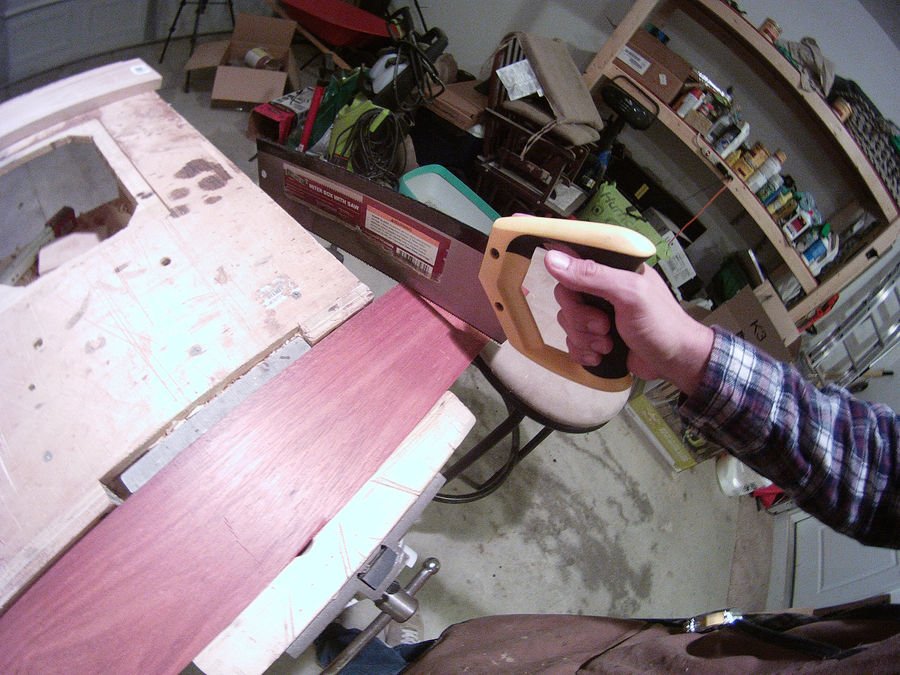 I started by crosscutting the 4 sides of the box to length. 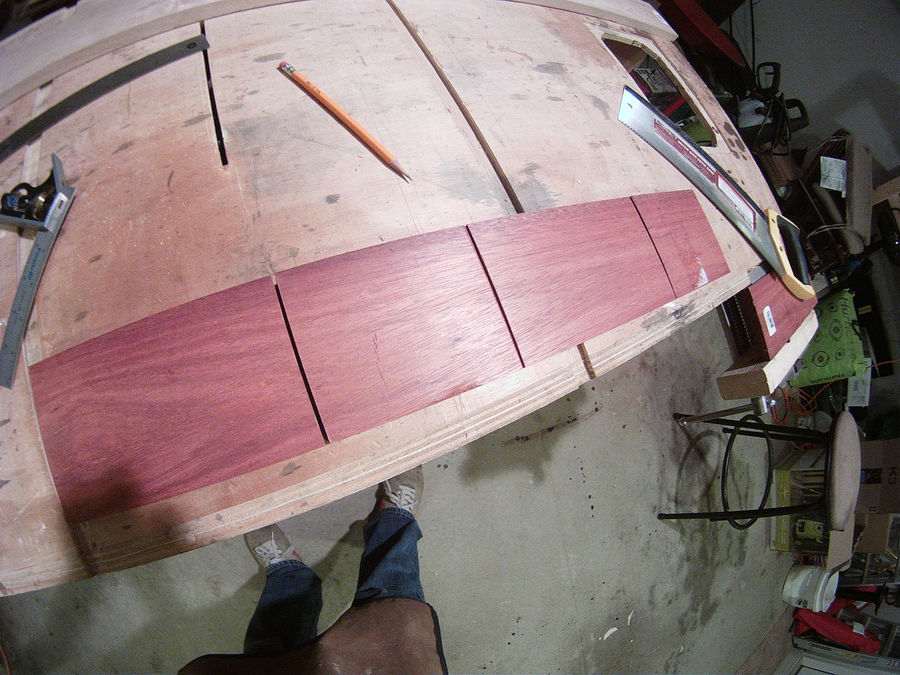 Keeping grain pattern in mind helps aesthetically, but also helps keep the grain direction consistent. That way, I don't get mixed up and plane against the grain later. 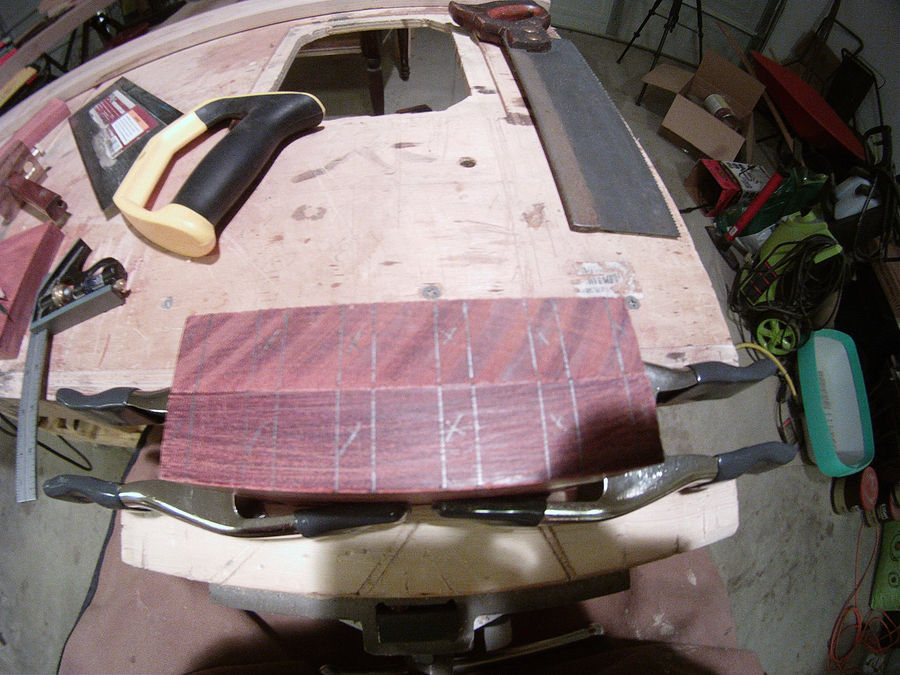 I like to start with gang cutting the tails. It is easier for me to keep the saw straight, makes for consistent tails, and speeds things up a little. 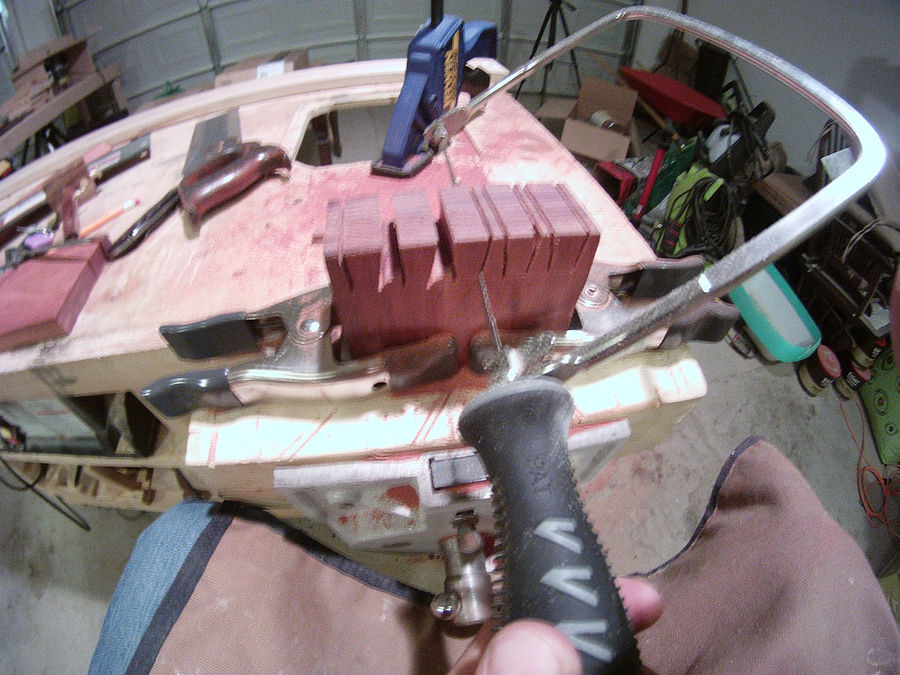 Most of the waste is removed with a coping saw. 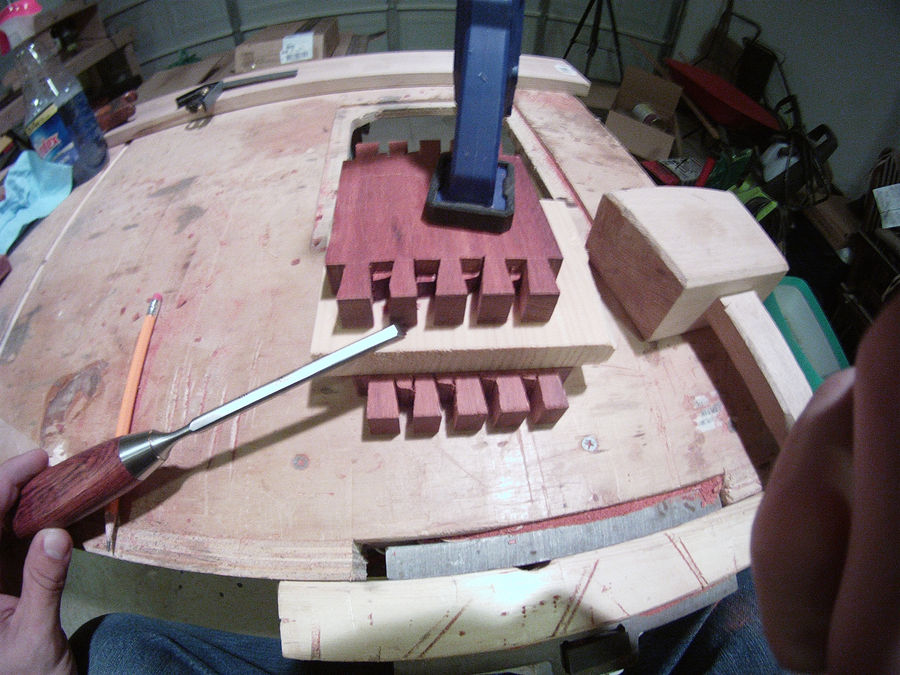 The rest is removed with a chisel. I can then transfer the location of the tails to the pin board. 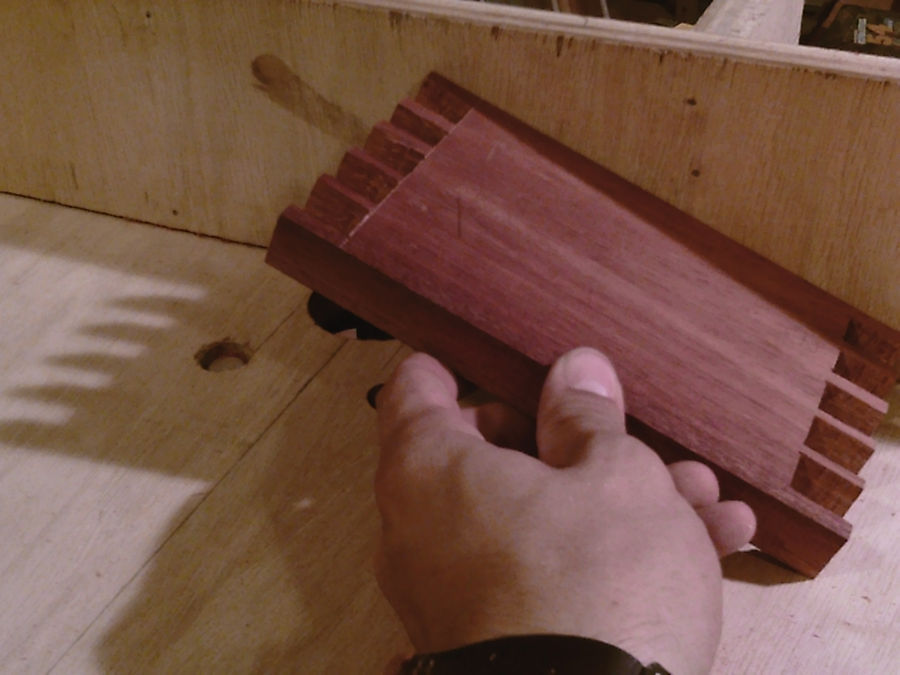 The next step was to rout grooves on the inside of the box sides to house the raised panels for the top and bottom. In order to hide the groove on the outside, I lowered the piece onto the router bit to create a stopped groove. 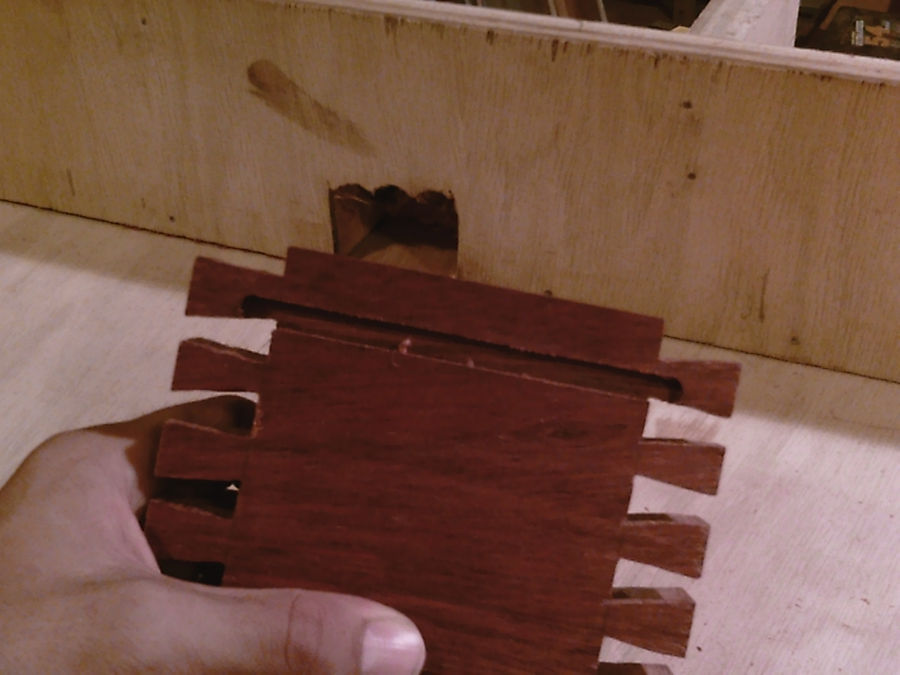 This prevents the groove from showing at the end of the tails once the box is assembled. 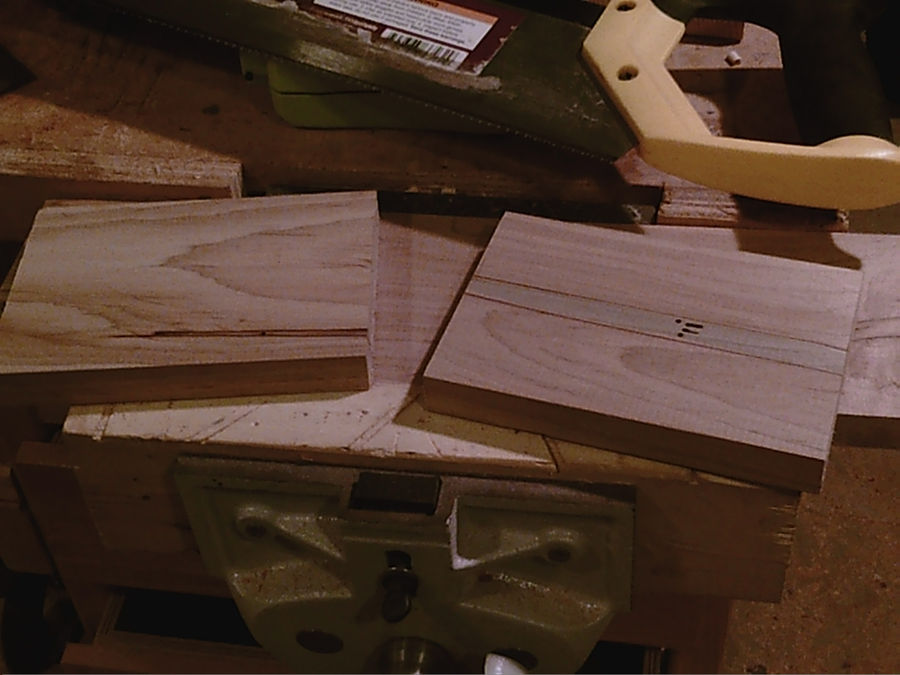 Next, I cut the top and bottom panels to size. 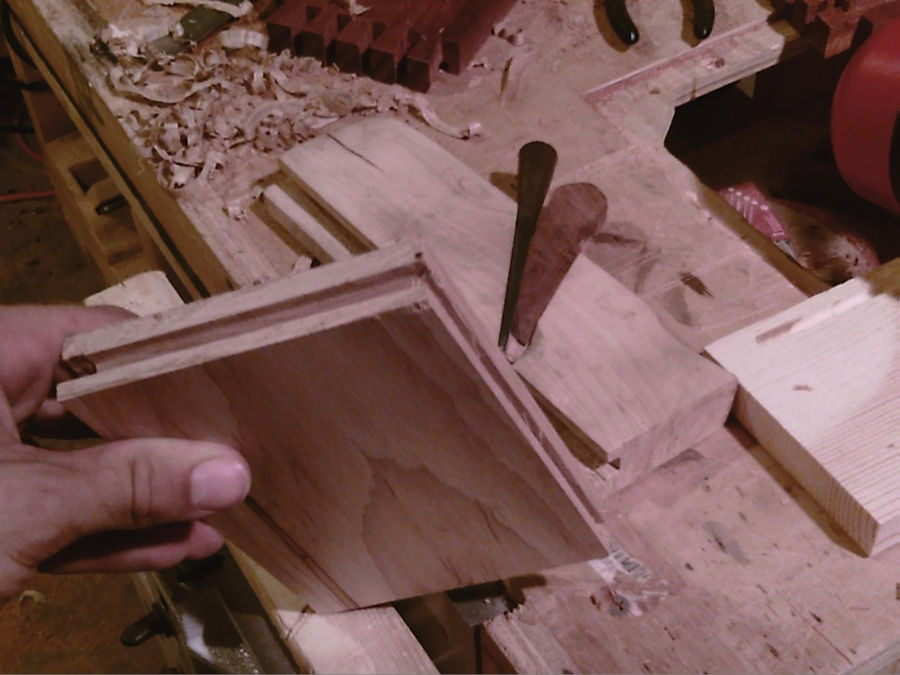 As a break from the noise and dust of the router, I used a combination of a grooving plane, and handsaws to create a rabbit around all sides of the panel. This is what will sit in the grooves on the inside of the box. 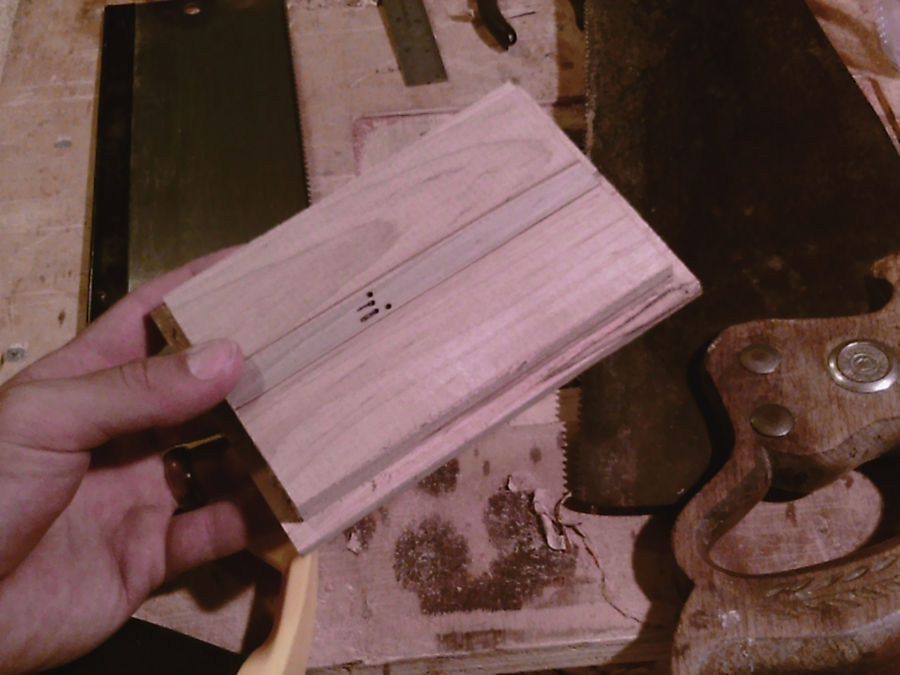 I then used a hand plane to raise the panels, making sure to start with the cross grain. This will ensure that any breakout will be planed away when planing with the grain. 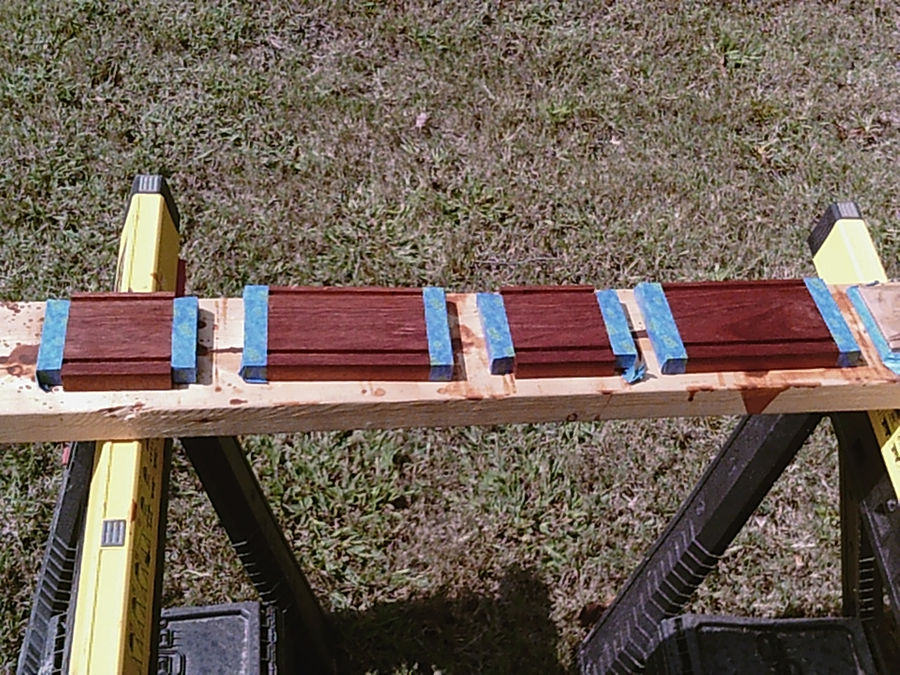 After taping the pins and tails, I prefinished the inside surfaces of the box with a few coats of spray lacquer. 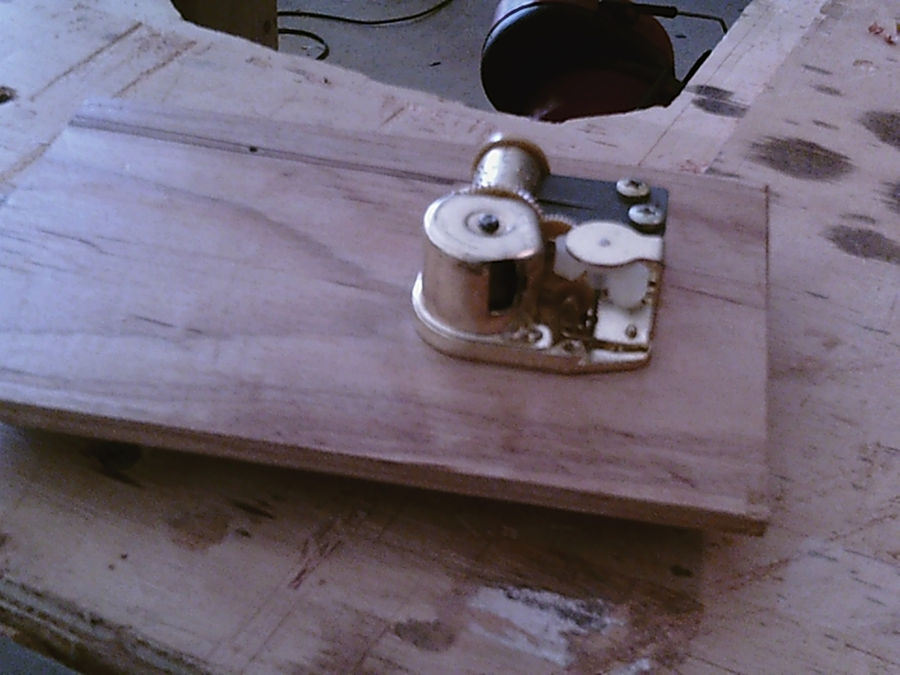 Then I turned my attention to mounting the music box components. 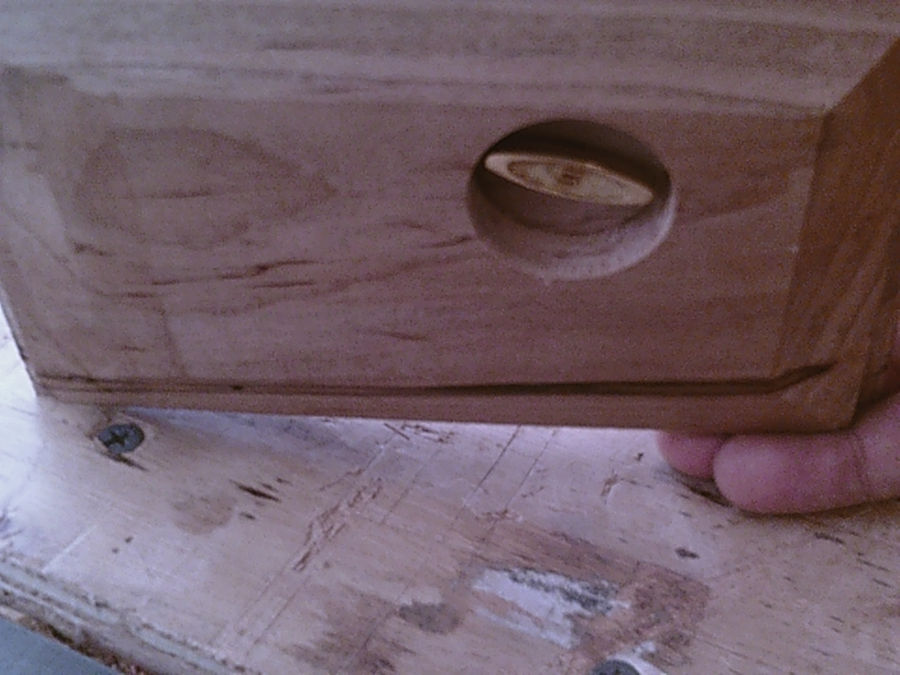 I made sure that everything fit well, then removed the components for assembly. 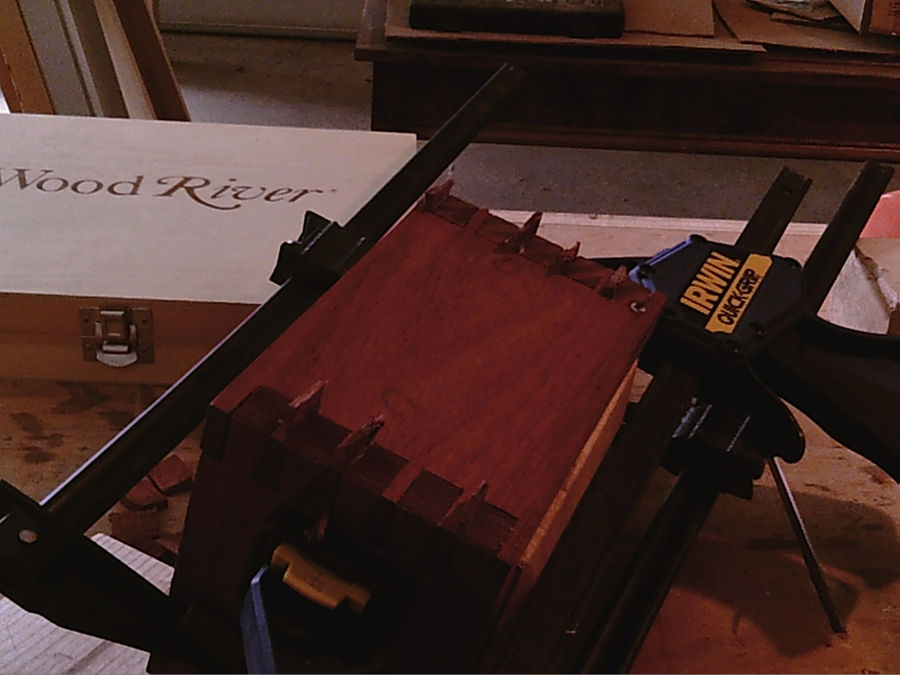 mistakes were made. Using the cut offs from the dovetails, I made many of these repairs. 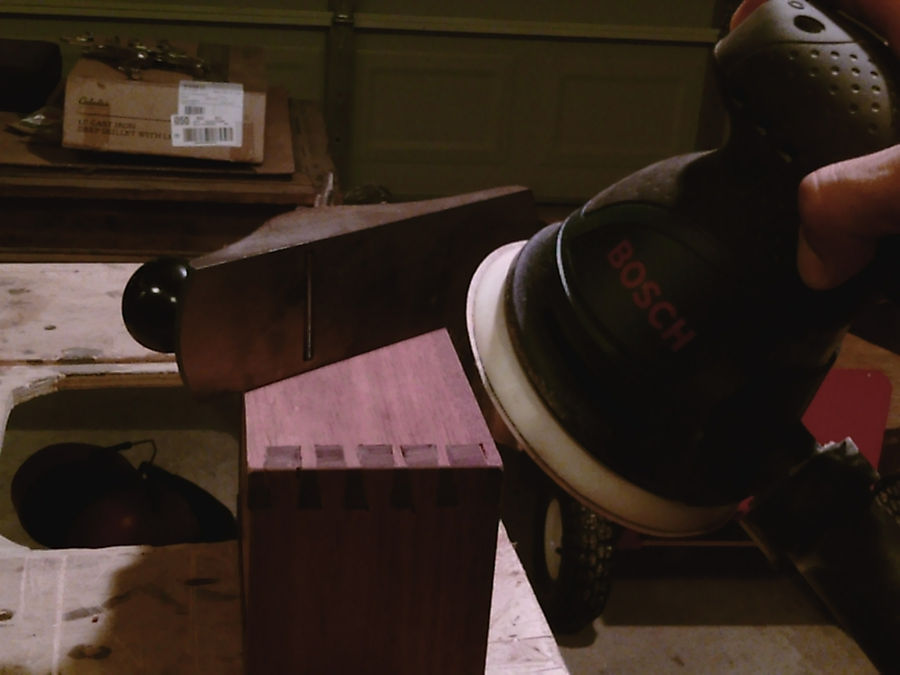 After the glue dried, I sawed, planed, and sanded the joints so that they were flush. 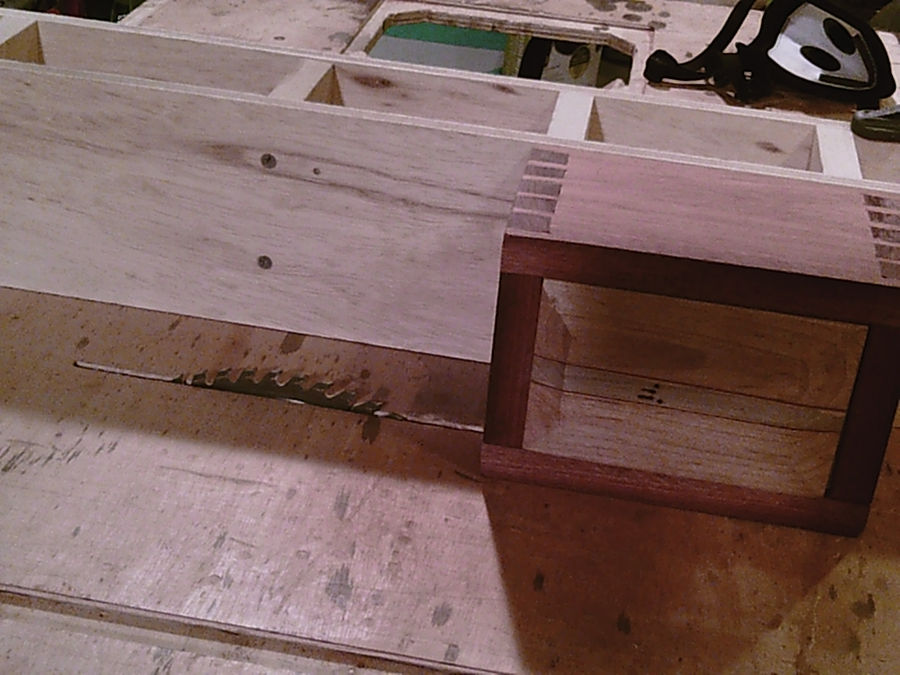 I ran a deep kerf, almost all the way through the sides on all 4 sides. 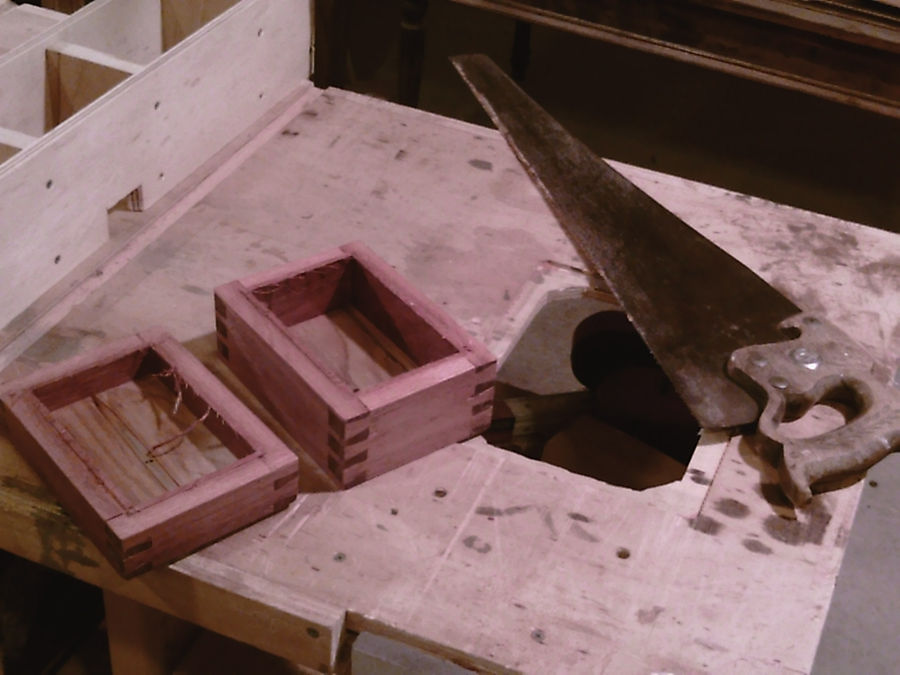 Then finished with a hand saw. The excess was planed away. 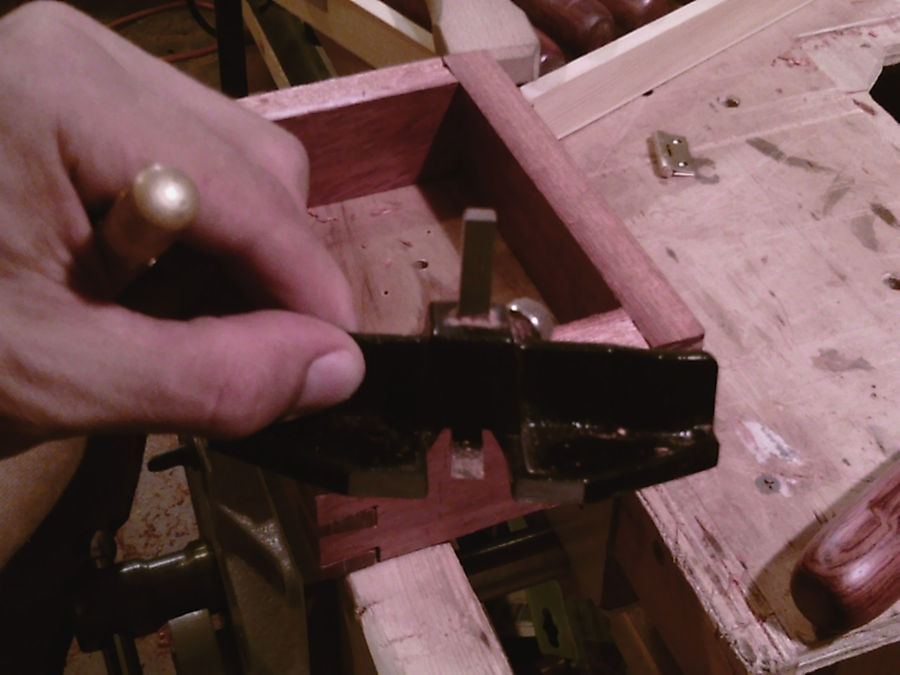 After laying out the hinge placement, I used chisels and a small router plane to create the recesses. 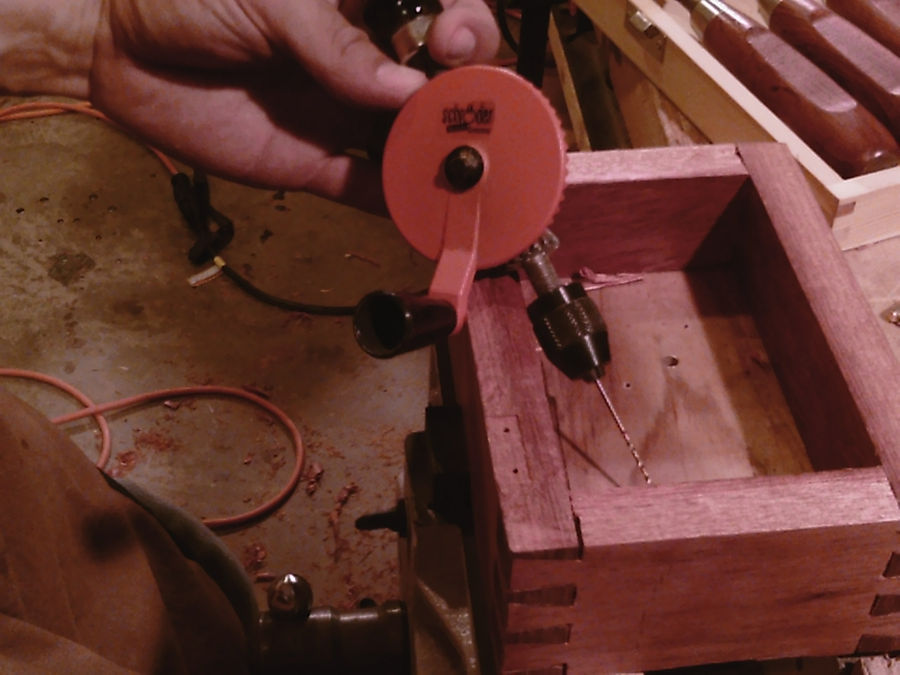 I then predrilled for the hinge screws. 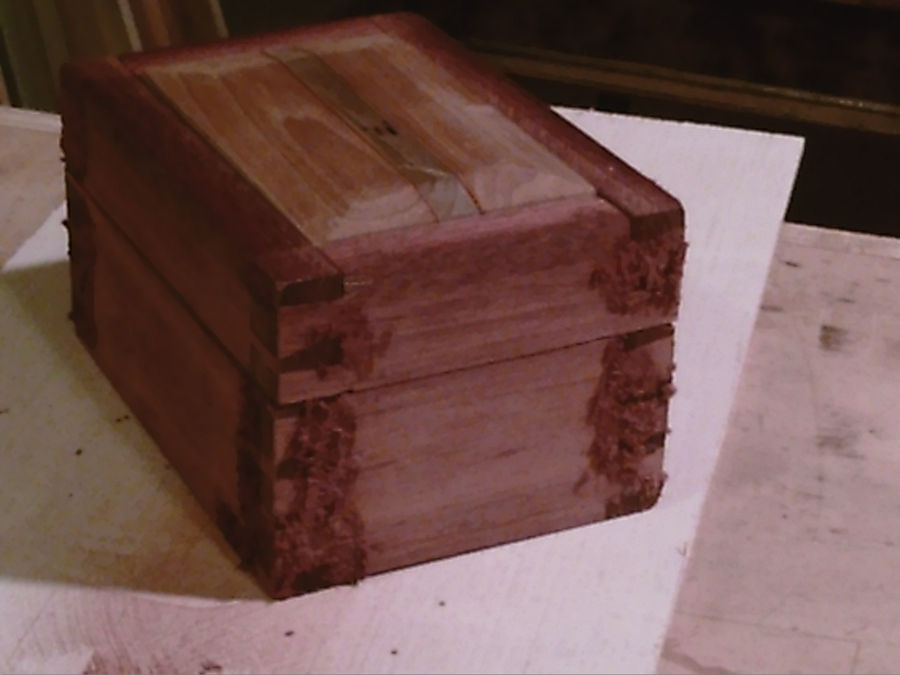 There were still a lot of small spaces where the gaps were still visible. so I mixed glue and sawdust to create a putty that could then be smeared into these crevasses. 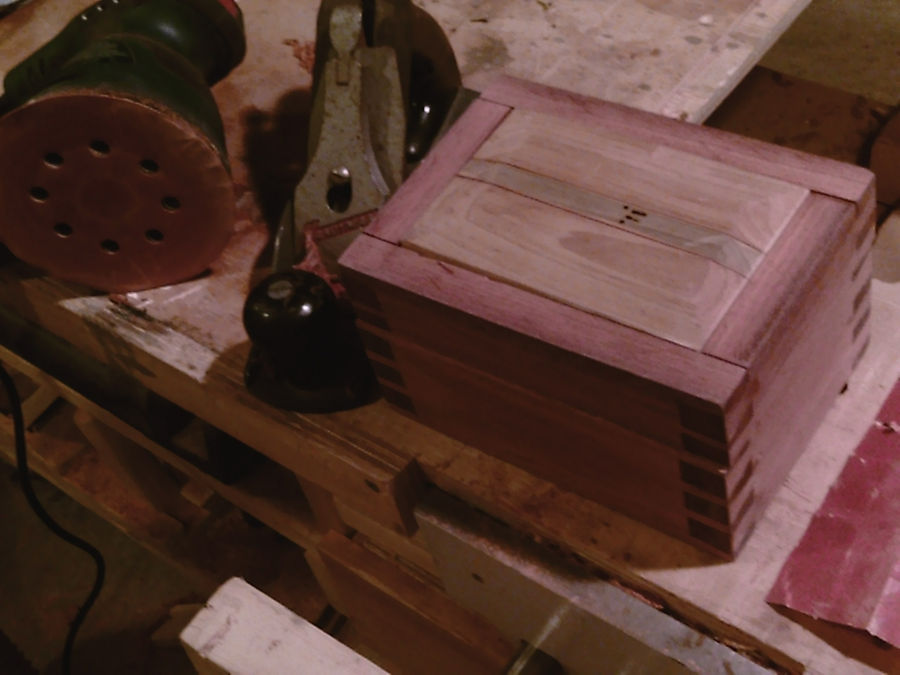 after planing and sanding the joints flush, I sanded the outside of the box to 220 grit. Then applied spray lacquer to all unfinished surfaces. 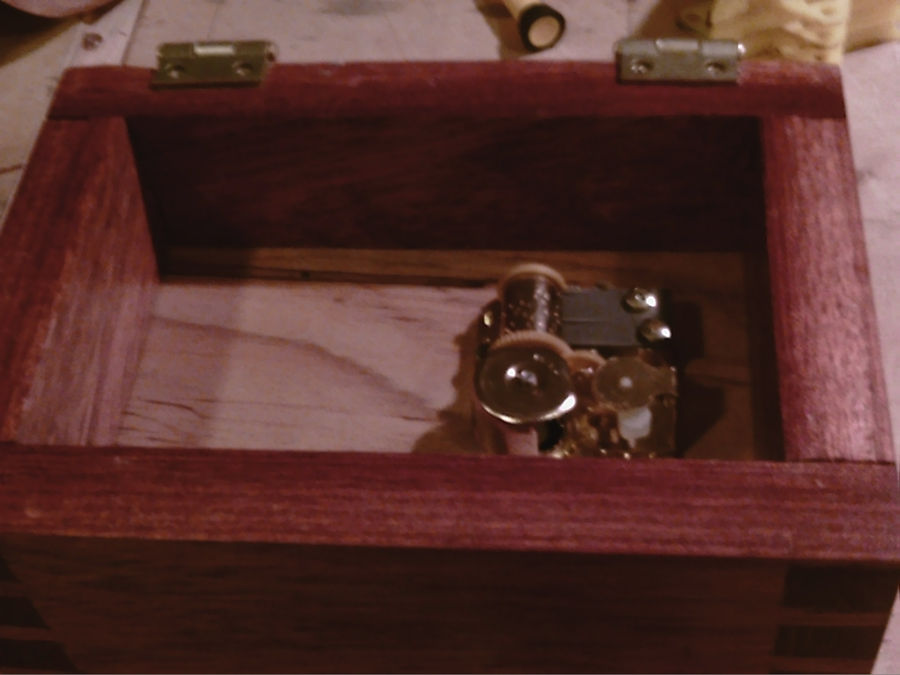 After installing the hinges and the music box components Its done! 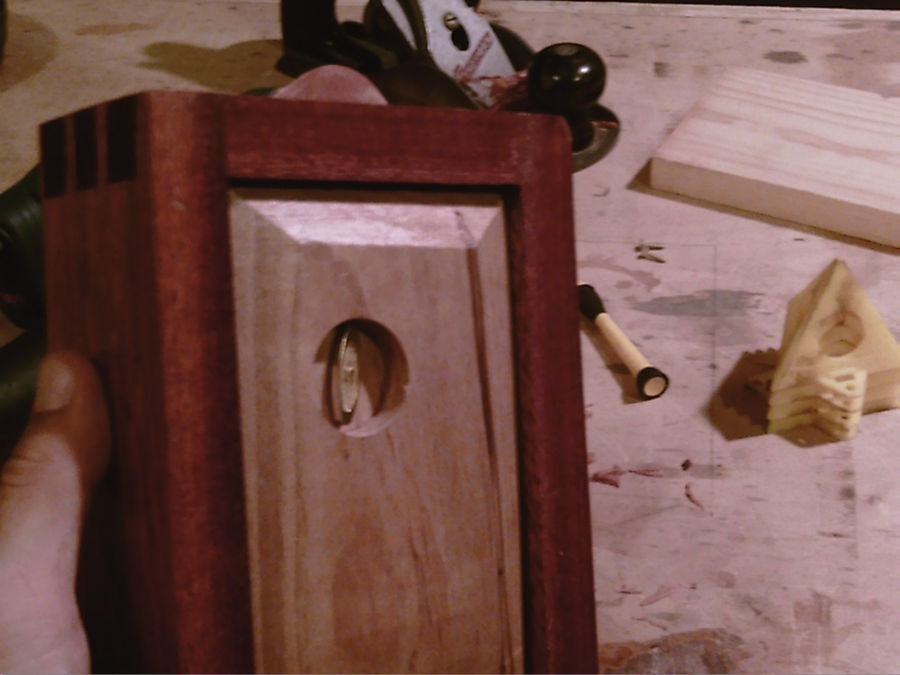 The winding key for the music mechanism is recessed into the bottom panel using a forstner bit. 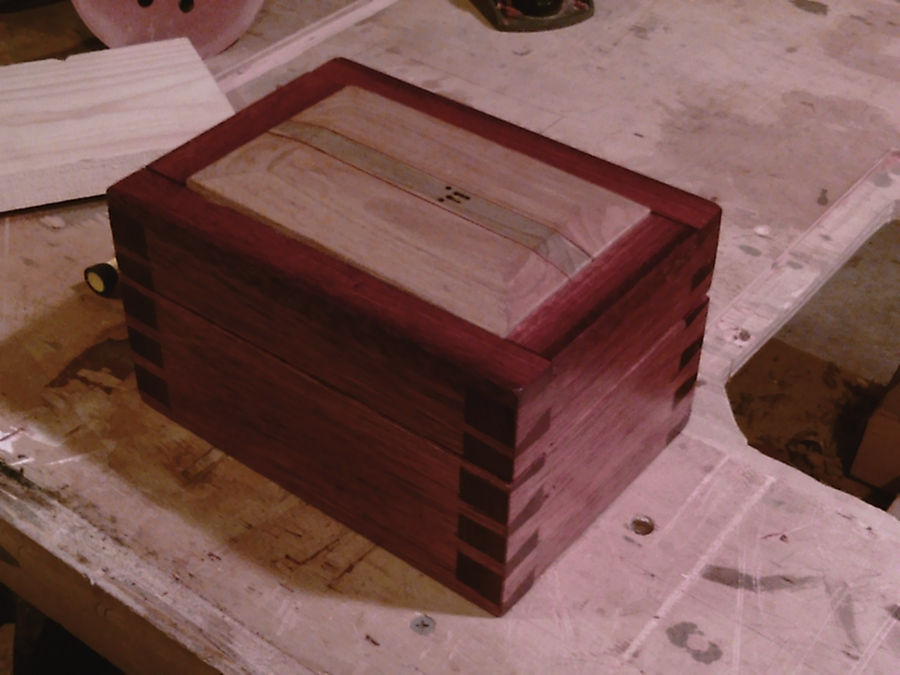 You can hardly tell there were gaps at every pin and tail! 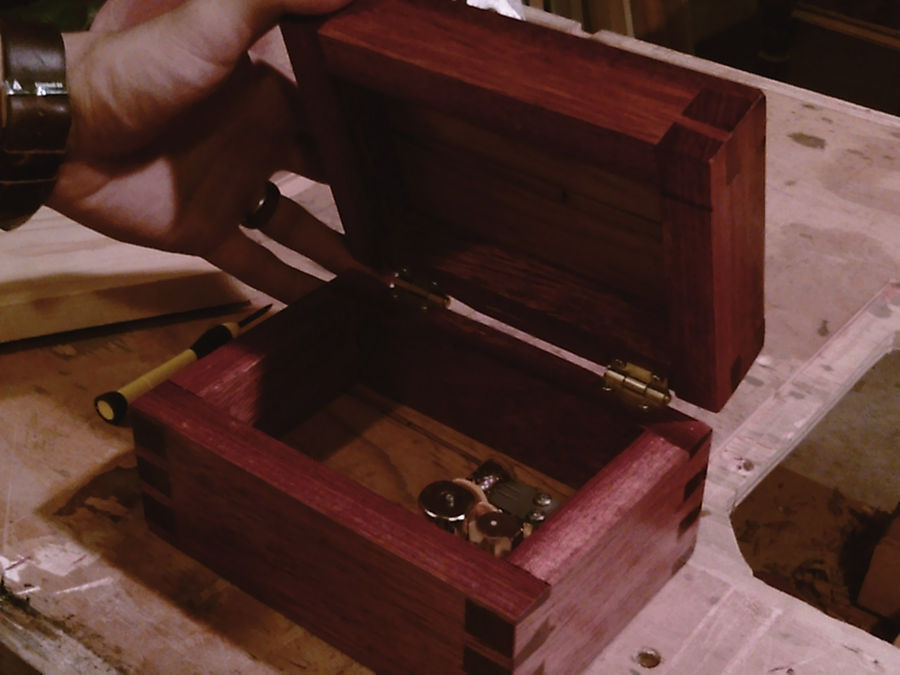 Fantastic looking box, James! I love the wood combo as well as the raised panel. Thanks for sharing!

Fantastic looking box, James! I love the wood combo as well as the raised panel. Thanks for sharing!