Besides a small practice piece, this is my first mortise and tenon project.  These were my first tusked tenons and first wedged tenons.   We had a deck put in and I had a lot of cedar scraps left so I decided I wanted a bench for the garage.  I used black walnut for the pegs and wedges. Overall I'm pretty happy with it, but I hate working with cedar.  If I looked at it wrong it left a dent and it liked to tear instead of cut. Finished with a few coats of Danish oil and six coats of poly. 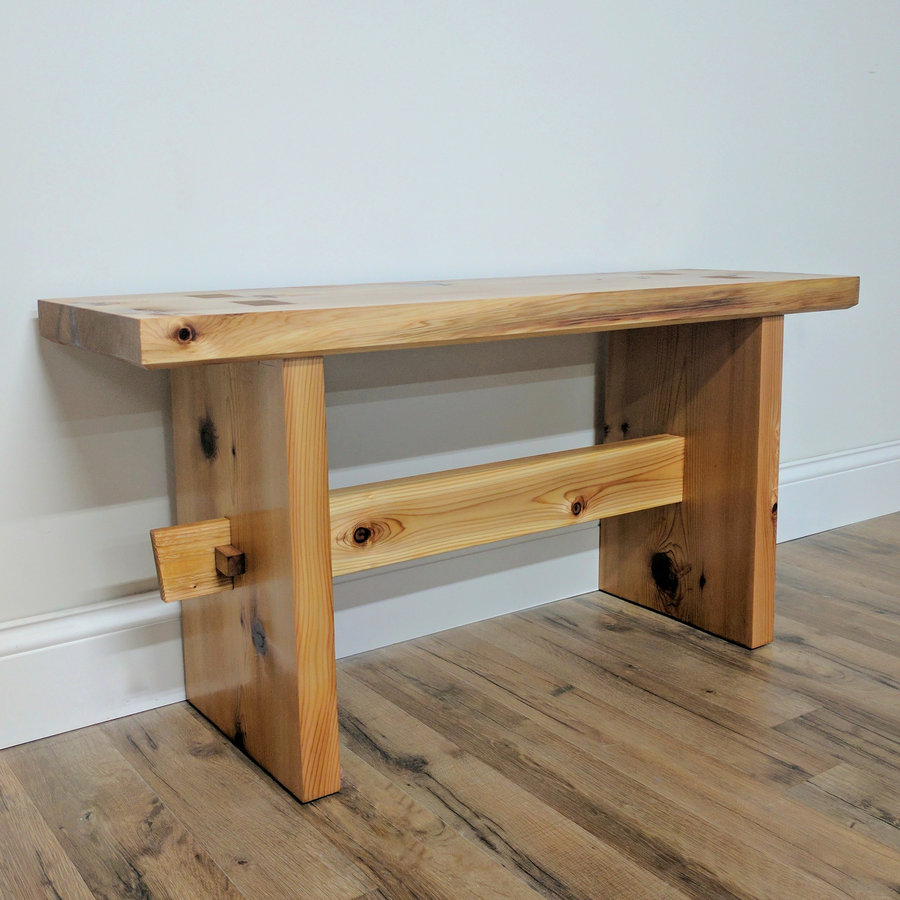 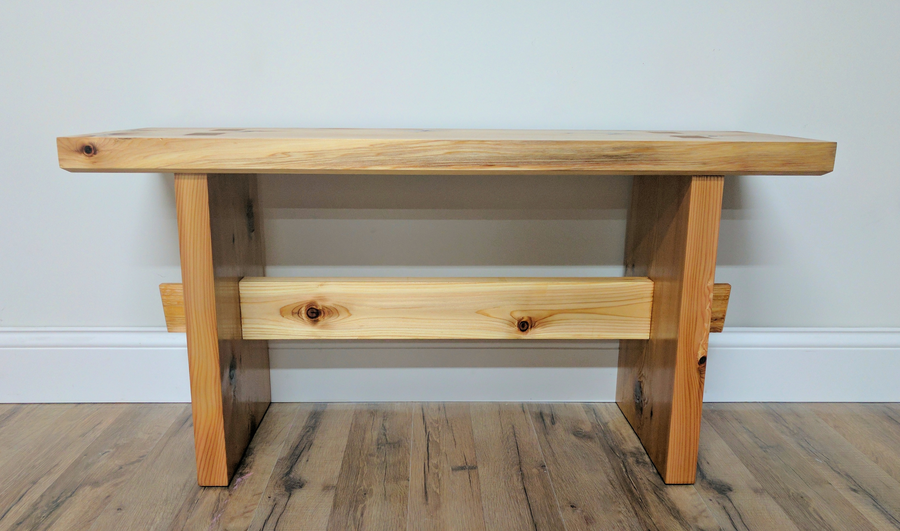 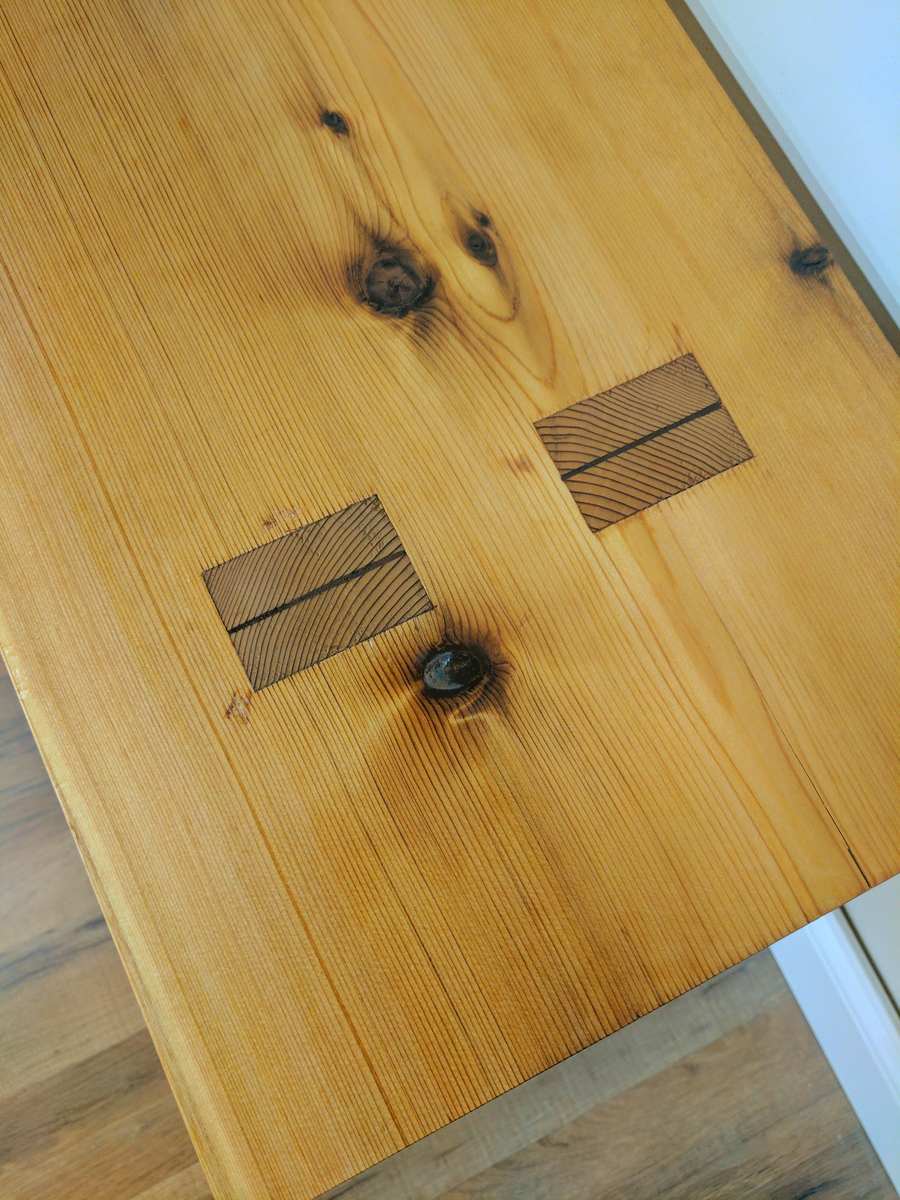 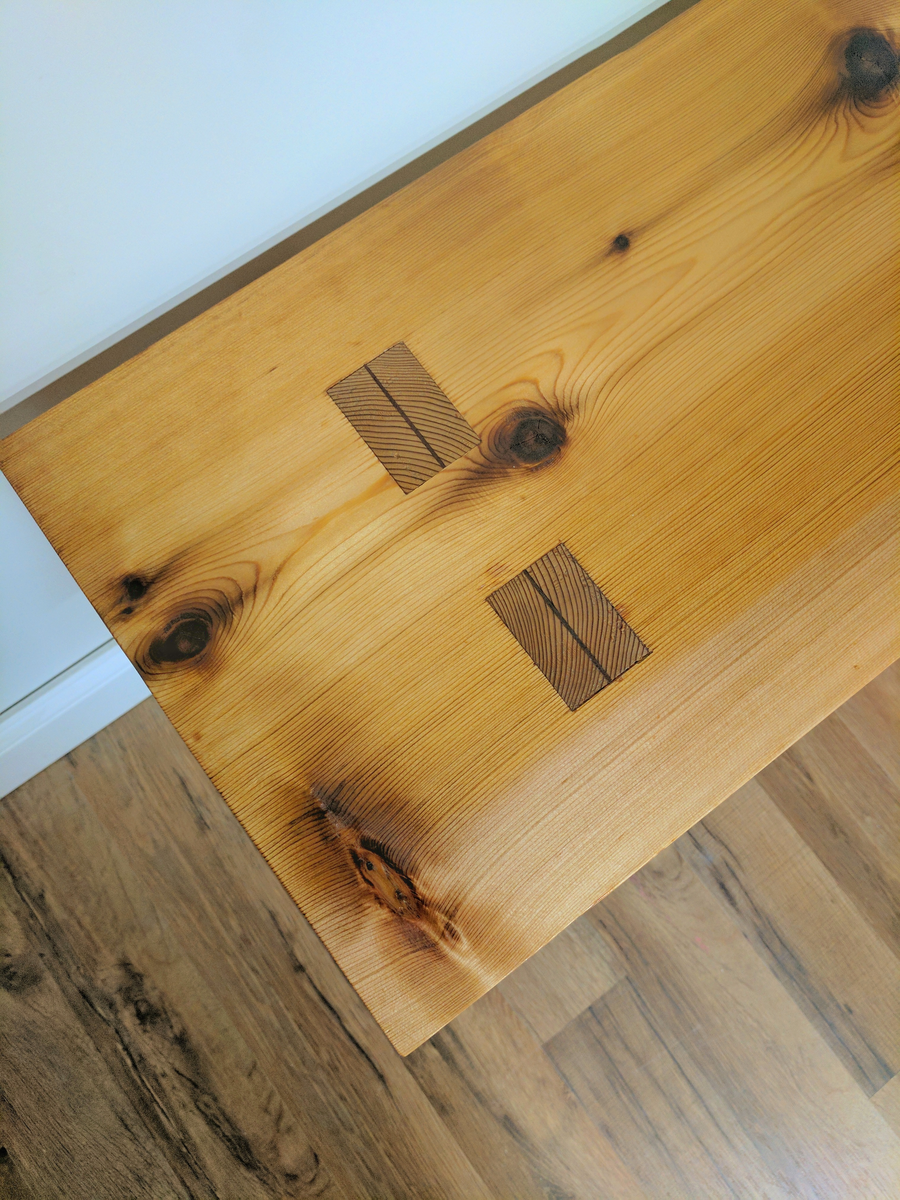 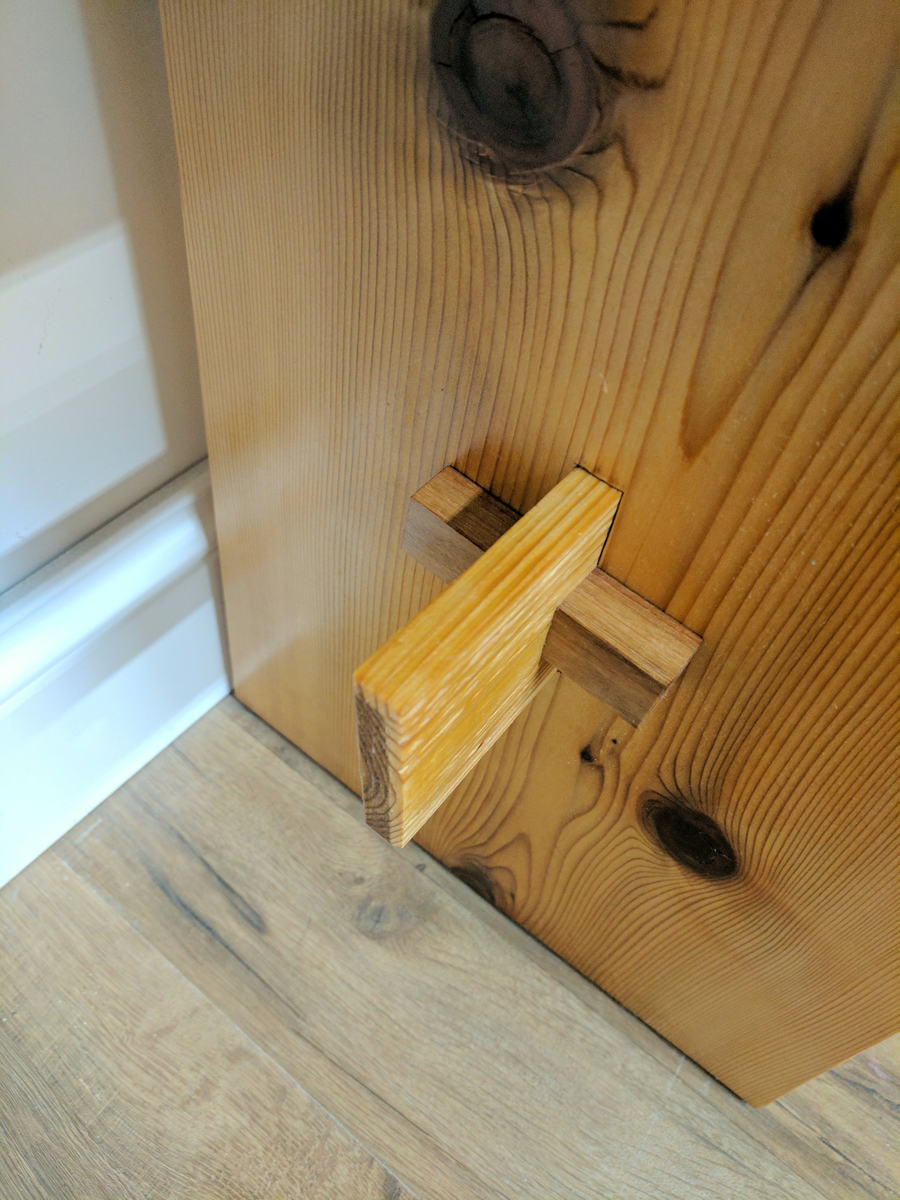 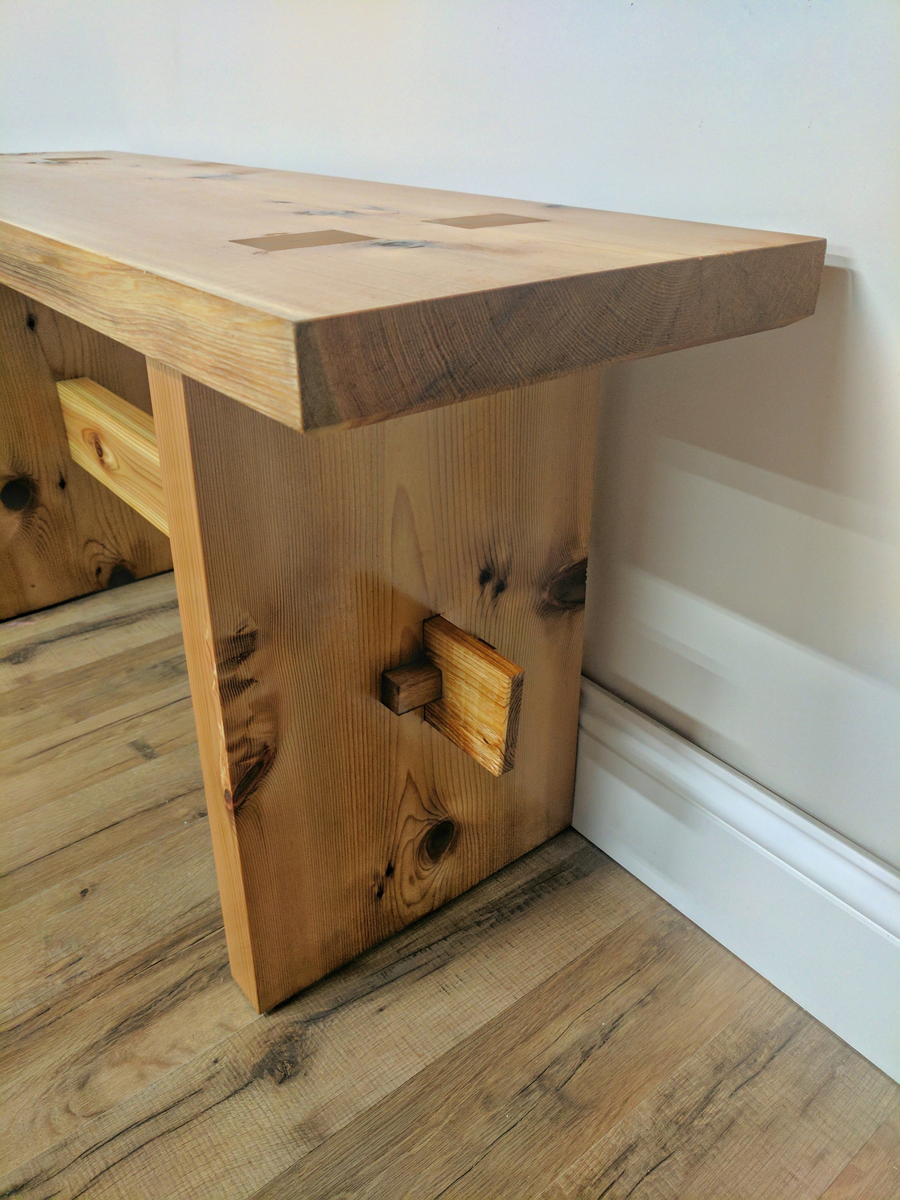 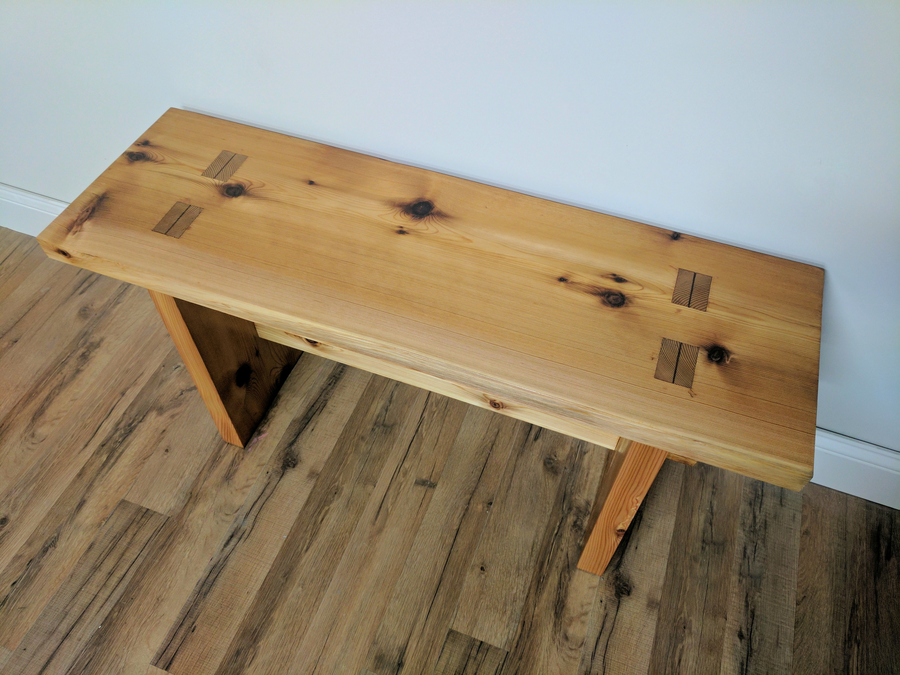 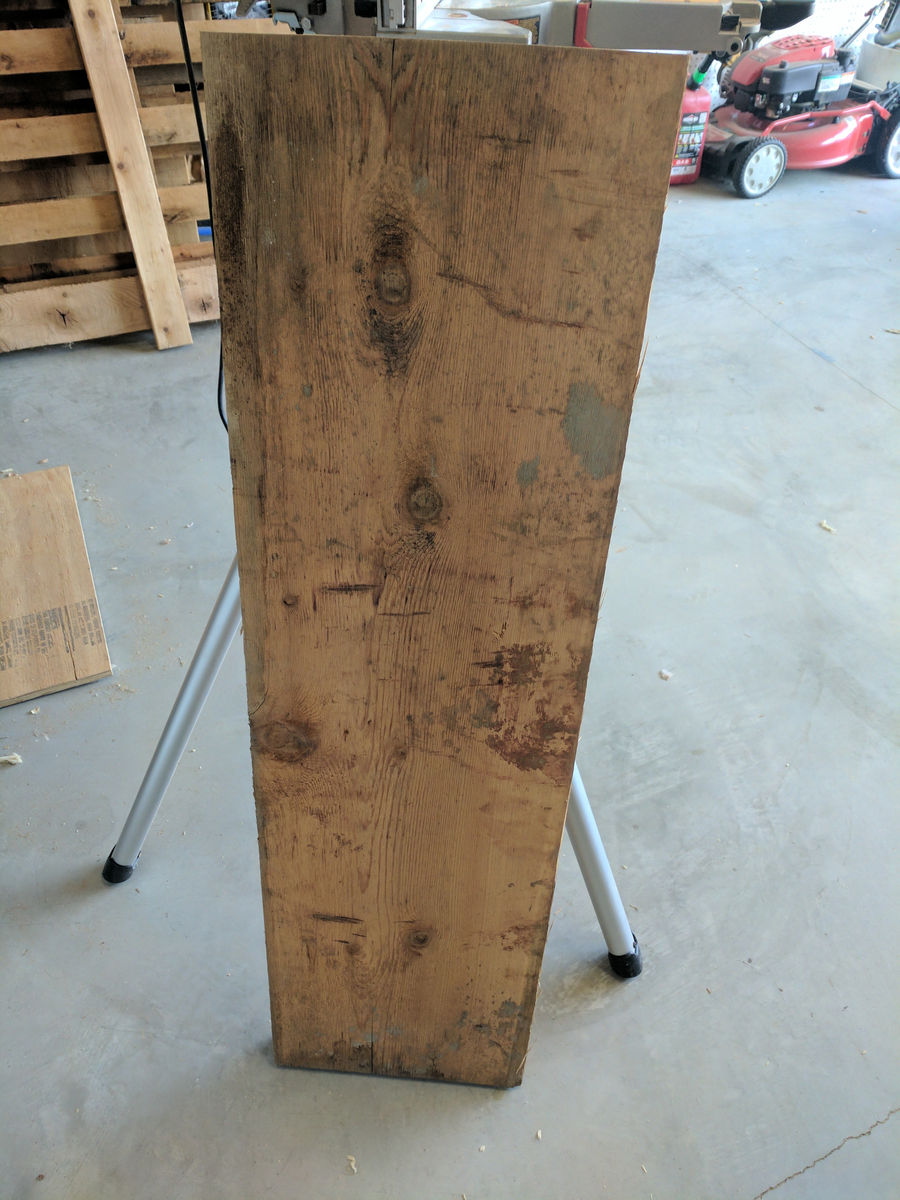 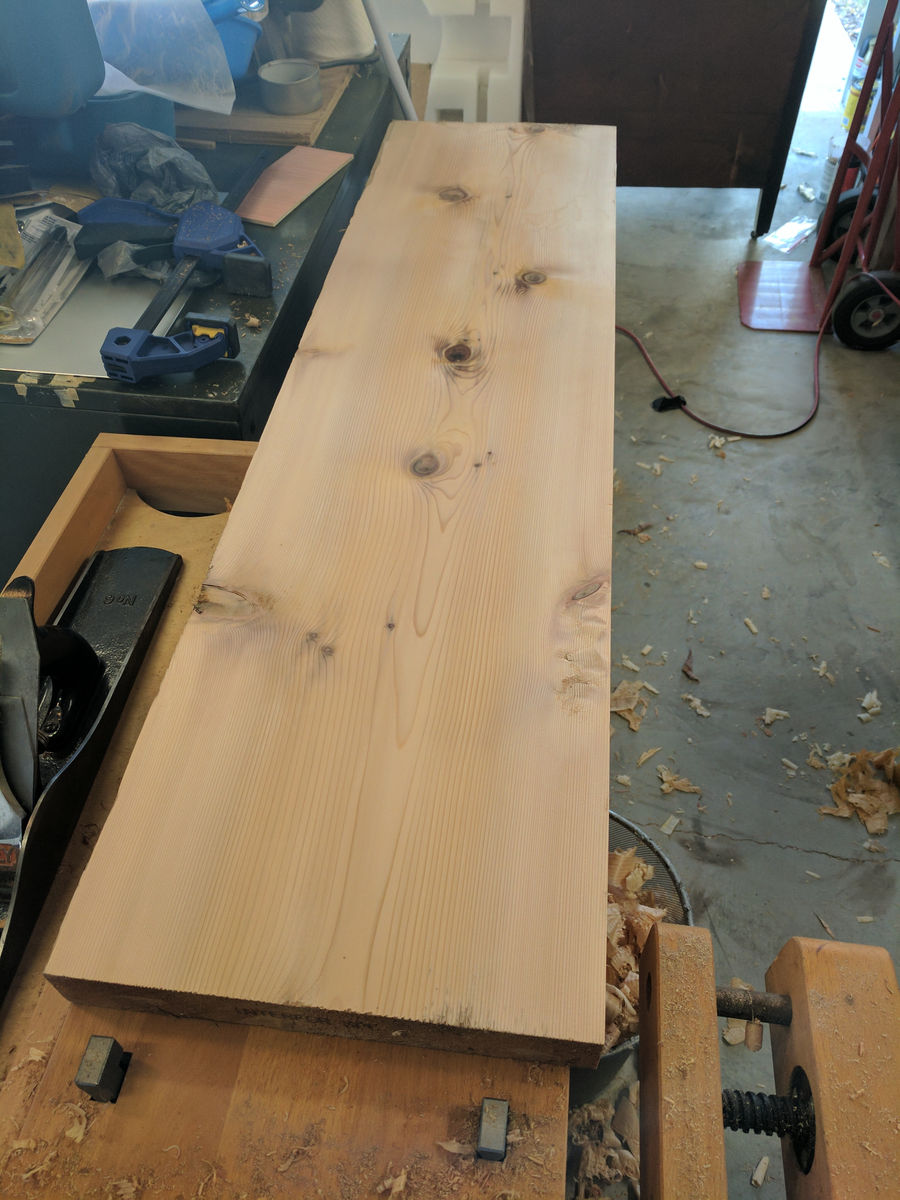 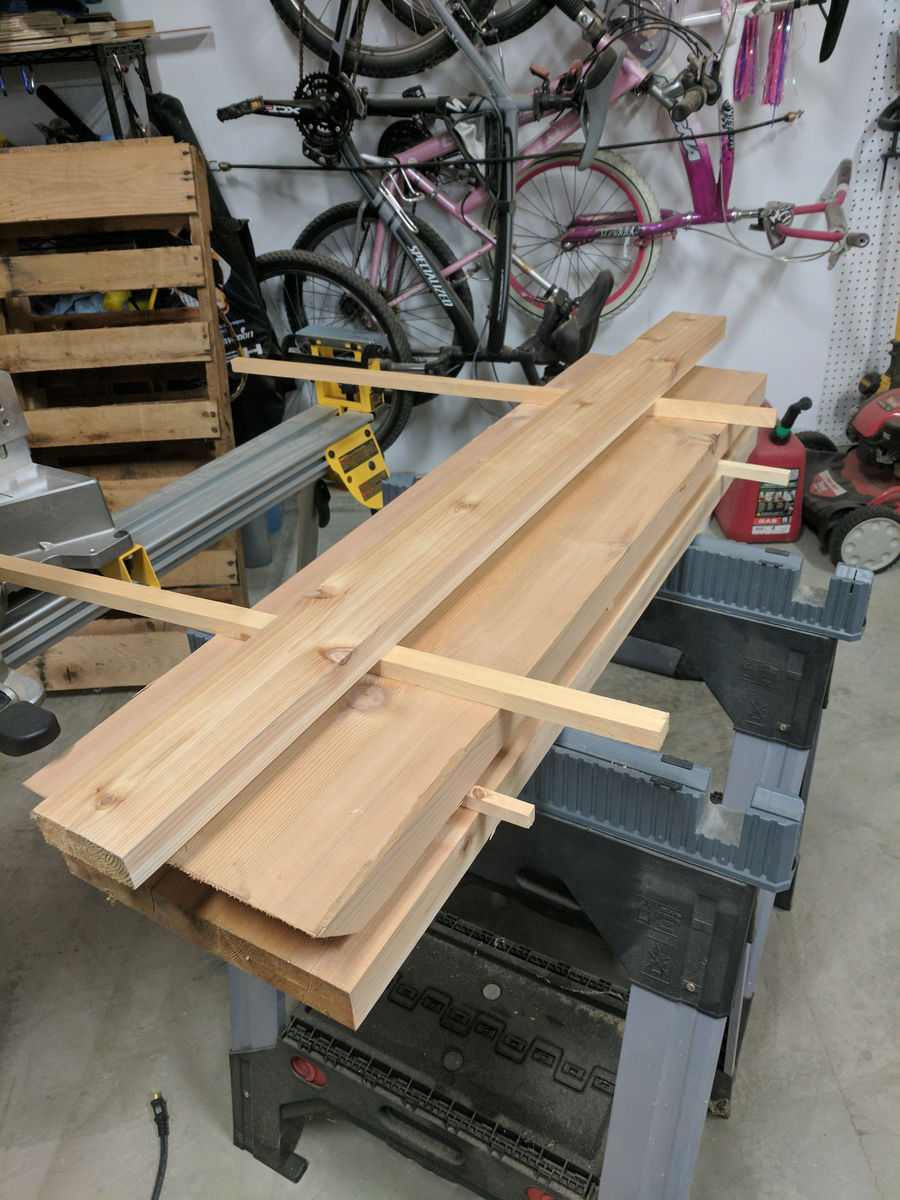 It had been sitting for a couple months by the time I started working it.  After I planed it I could tell it was still wet and so I let it sit for awhile. I'm glad I did because the wood warped a little 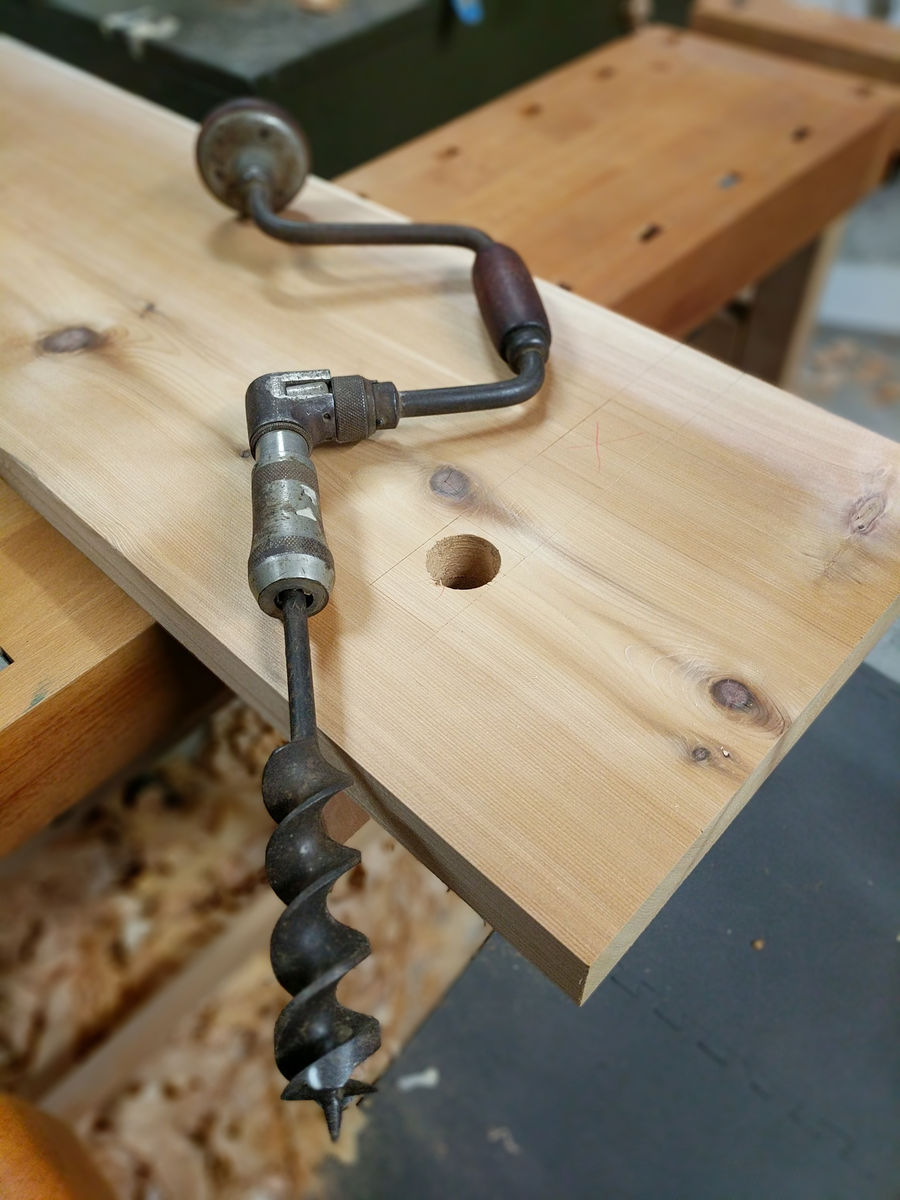 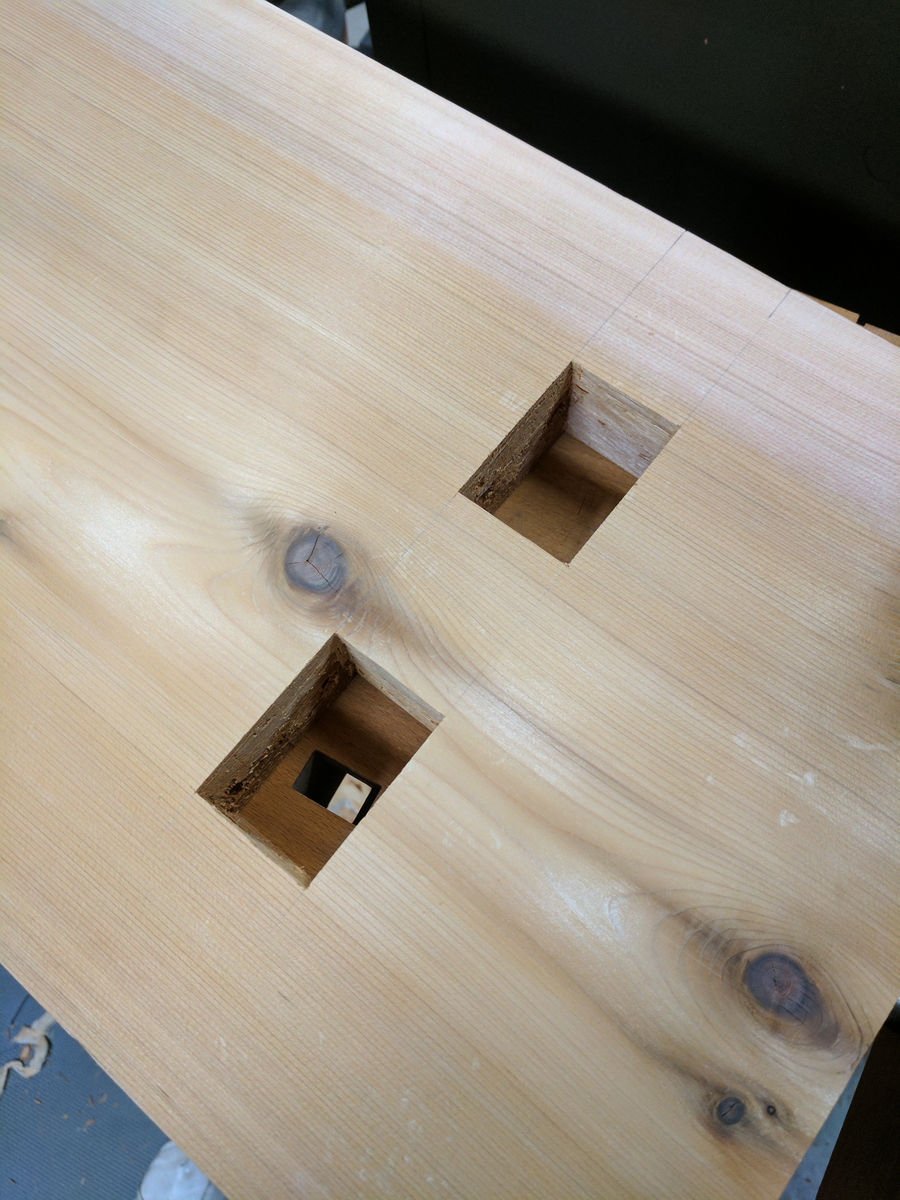 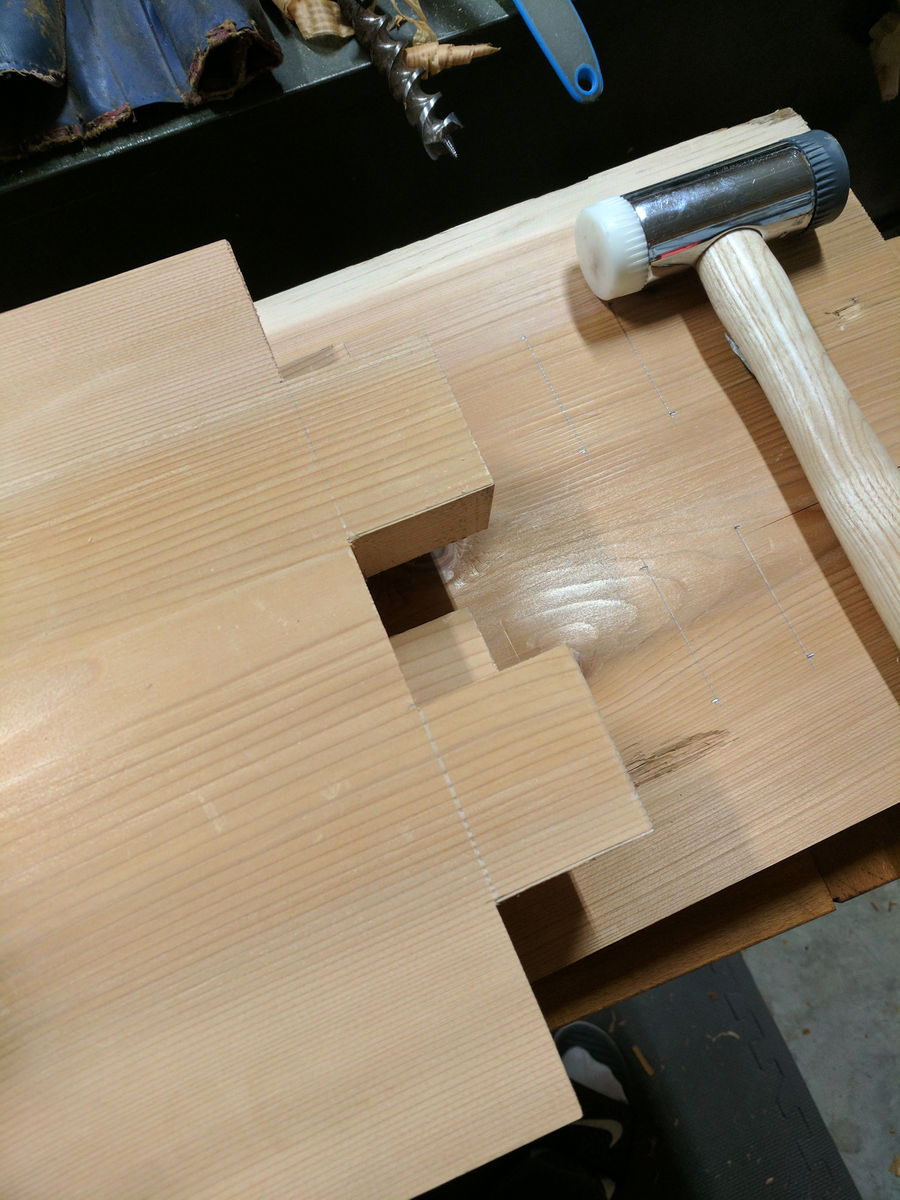 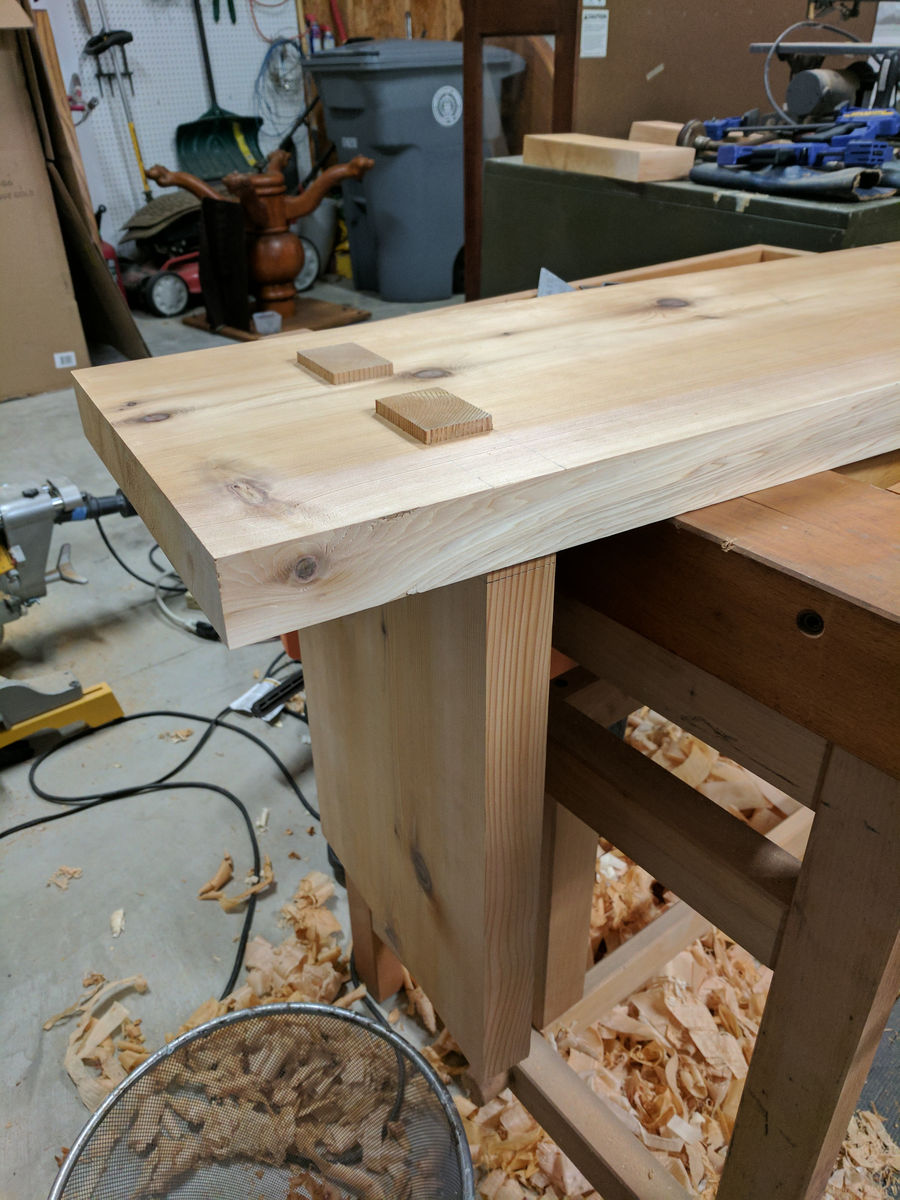 That was a good feeling when they fit 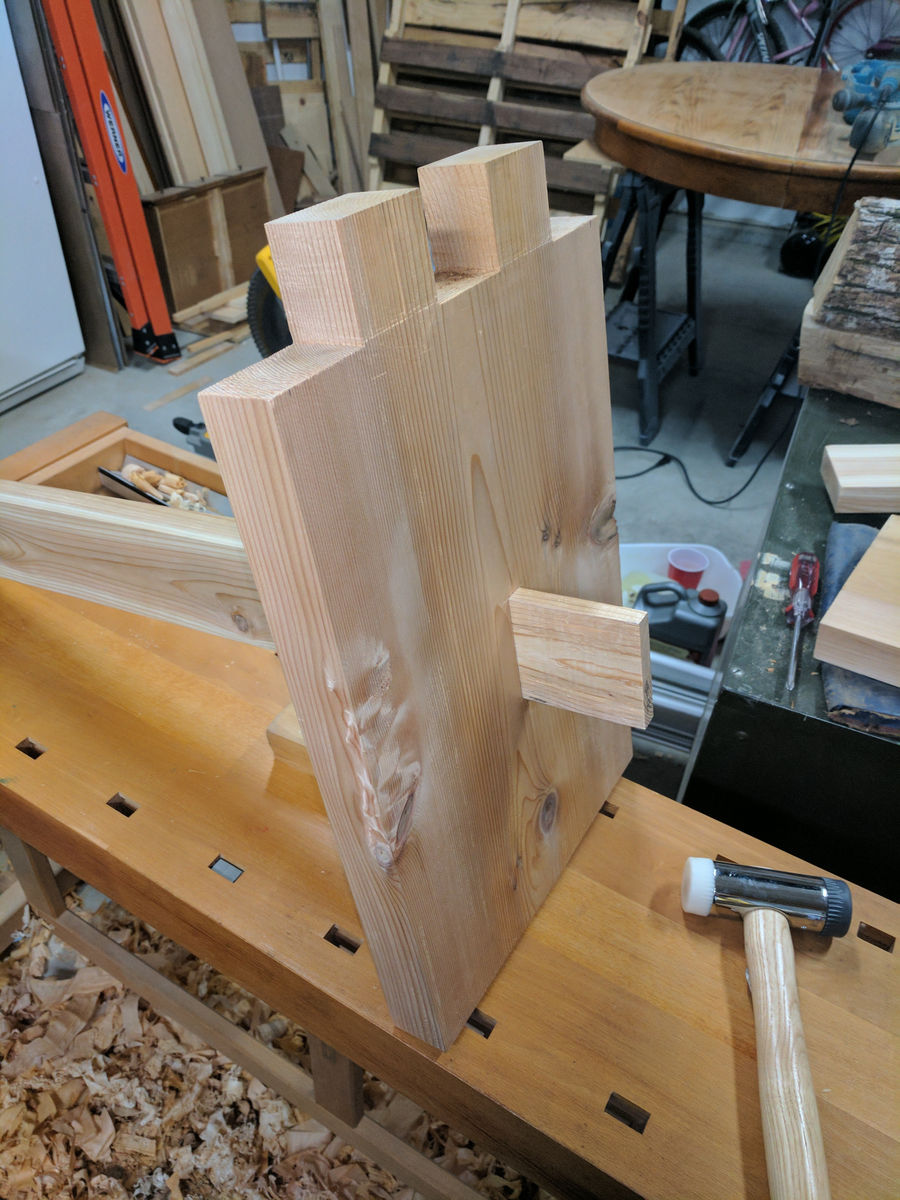 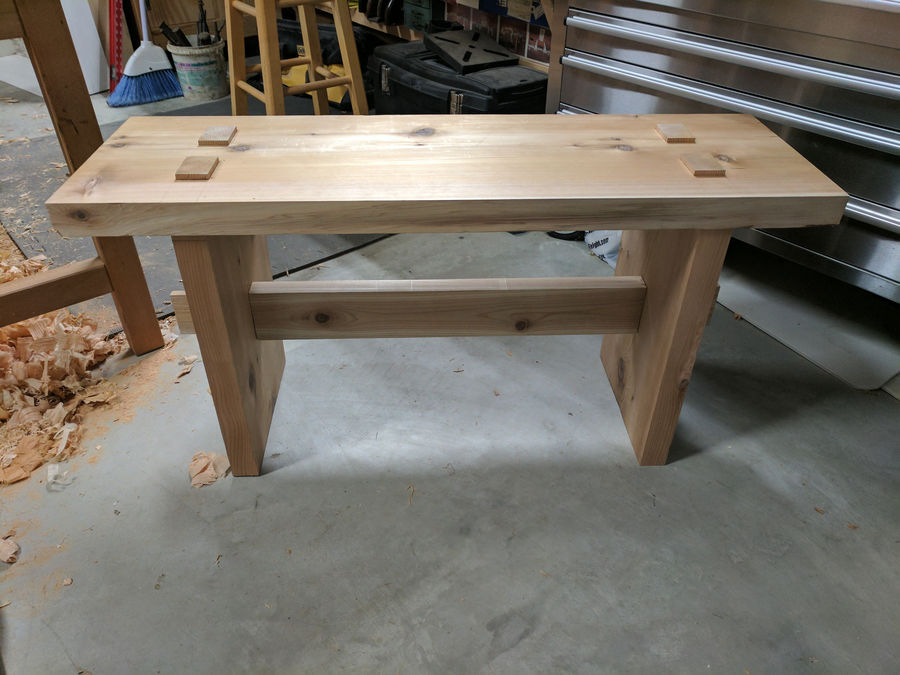 At this point I put a chamfer under the seat, tapered the leg edges towards the seat, and cut a slight angle on the tenon going through the legs. And steamed out a million dents 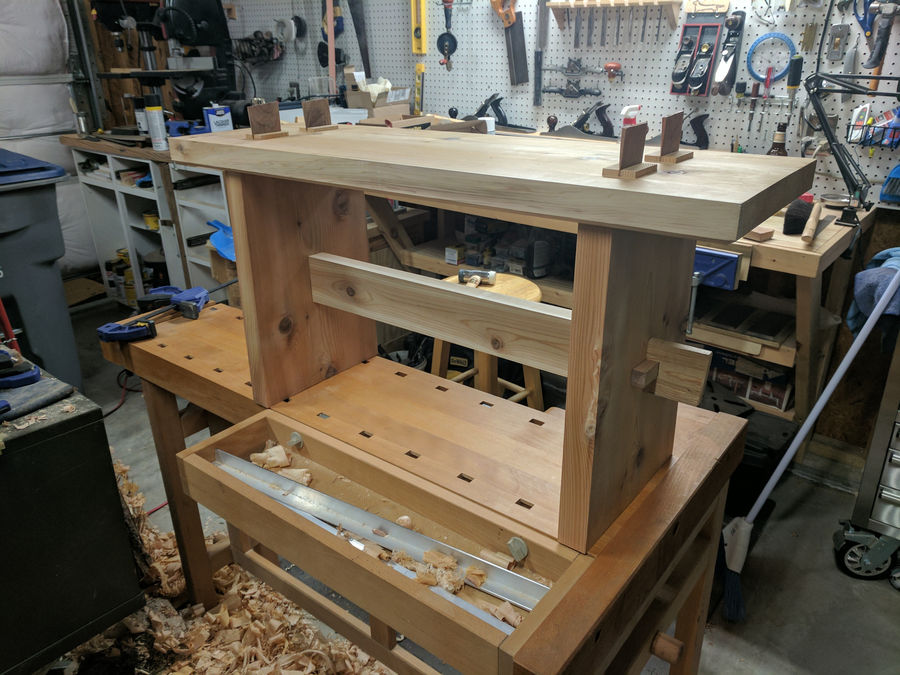 Testing it out before gluing and hammering in the wedges 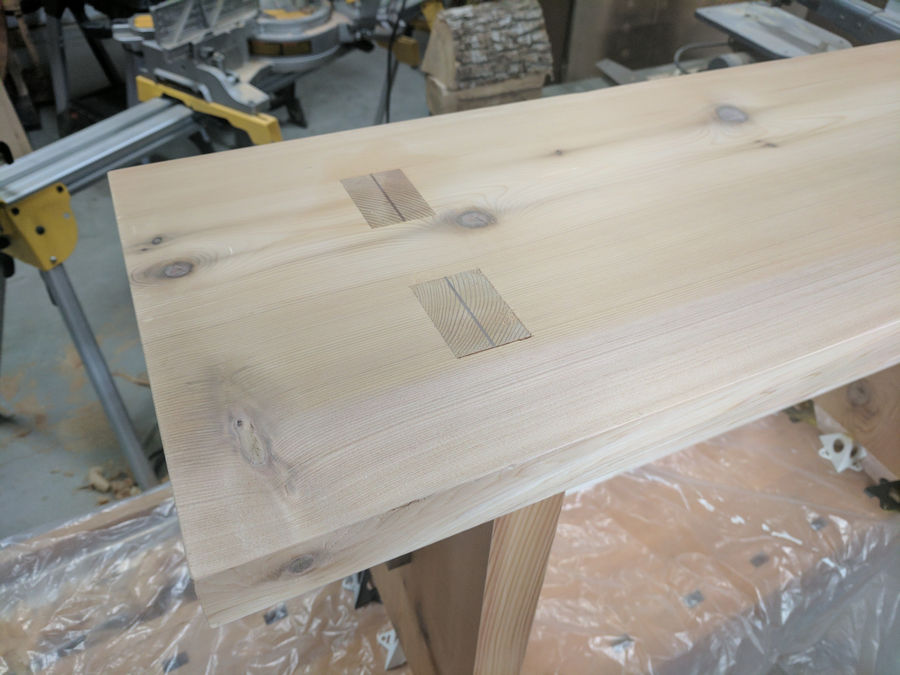 Getting the tenons flush was pretty tough. I left too much material when I sawed them (no flush cut saw) so there was a lot of chisel work 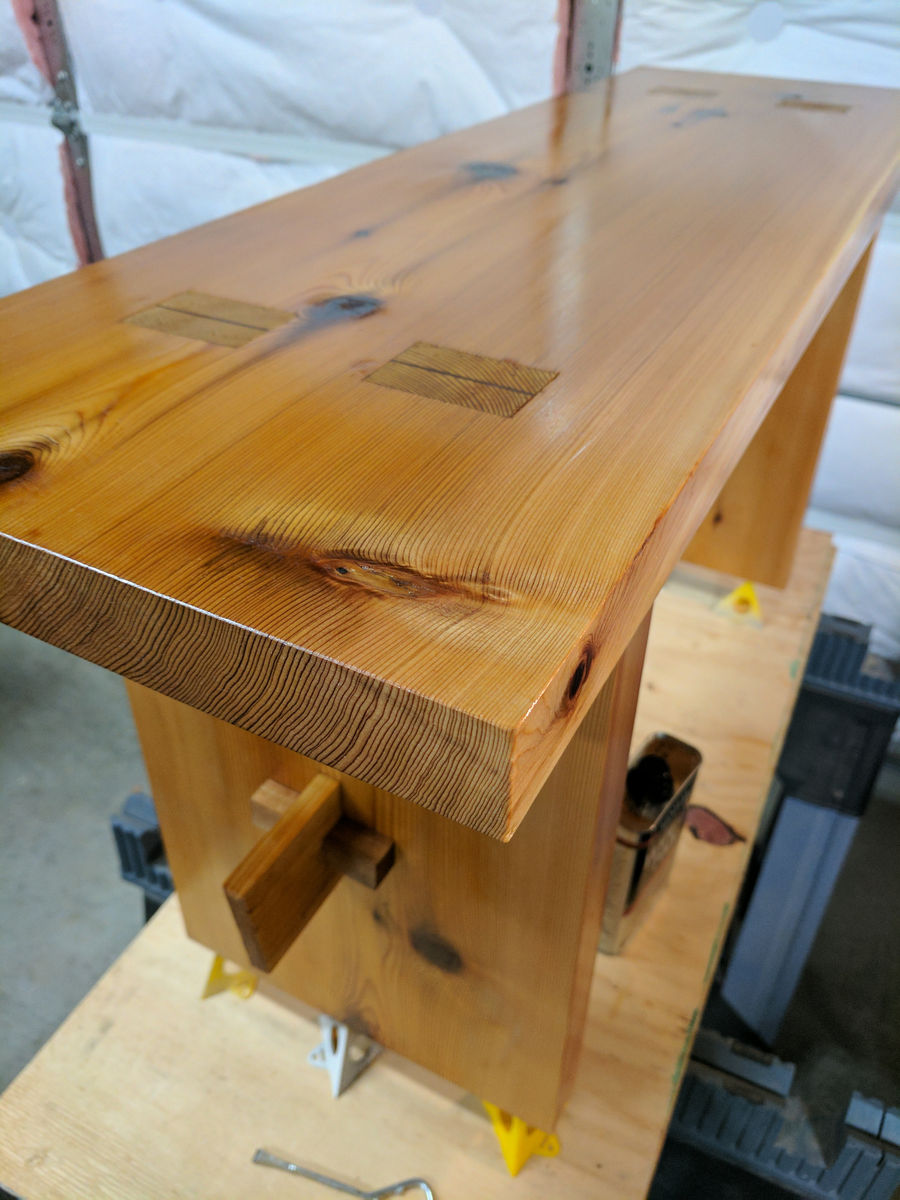 Love this bench! I have some wood, I was thinking of using for a bench and think this would be the perfect design. What's the height, length, and span of the legs?

You chiseled the tennons down? Did you plane flush after?

You chiseled the tennons down? Did you plane flush after?

I used a saw first, but at the time I didn't have a flush cut saw so I stayed pretty far away from the bench.  That left quite a bit of material to chip away at with my chisels and when I got them reasonably flush I used my plane to finish them off.