The better half needed a fairly unique planter for her Staghorn Fern in quick order.  While the project wasn't as eloquent as I would have liked, but it is functional and was completed within a reasonable timeframe.  Project was definitely a learning experience with plenty of mistakes but it all worked out in the end. 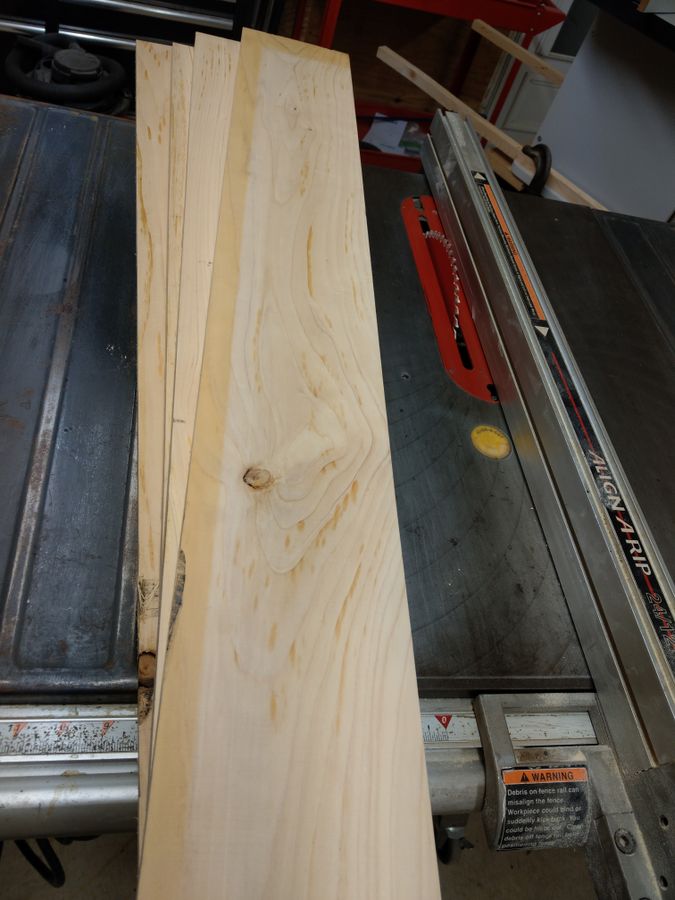 The materials, two 1"x6"x8' Port Orford cedar boards only surfaced on one side, otherwise rough cut.  Had the lumber yard cut them into approximately 4' segments to make it easier to transport.  Time to get working. 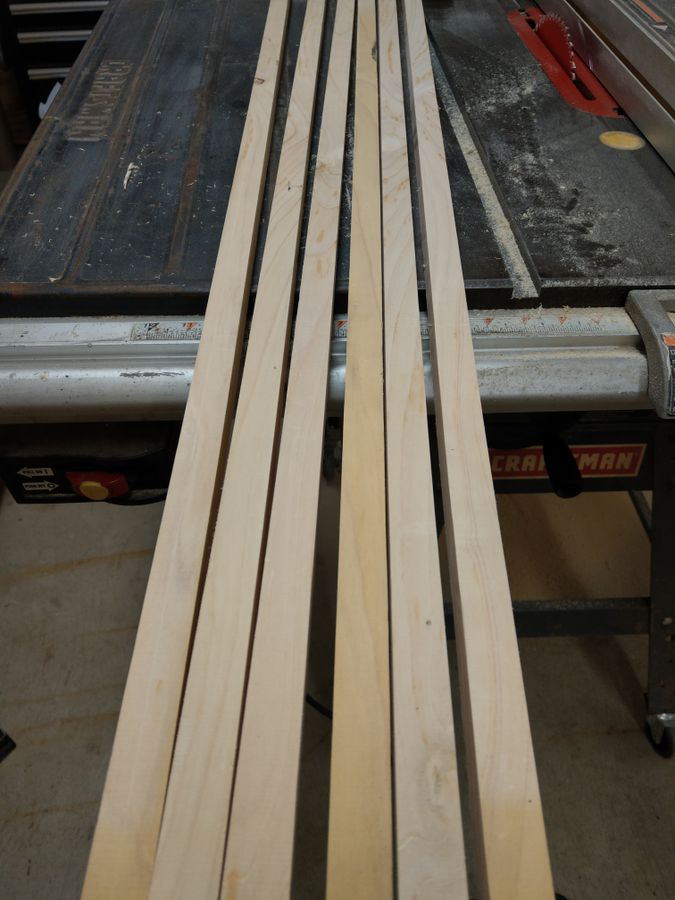 Ripped 3/4"x3/4" strips to be used in forming the octagon.  The octagon forms the frame.  God this stuff smells awesome when cut.  Ginger like. 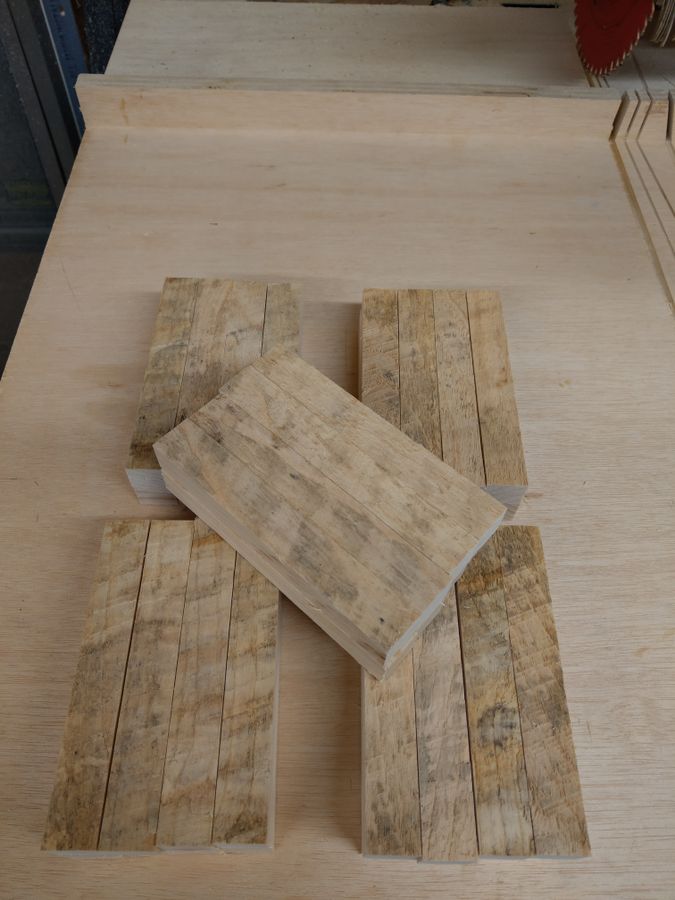 Cut the blocks to 5.5" lengths to make five octagons.  Only need four, but we all know nothing goes as planned, so plan for mistakes.  Spoiler Alert:  Mistakes were made, oh god mistakes were made. 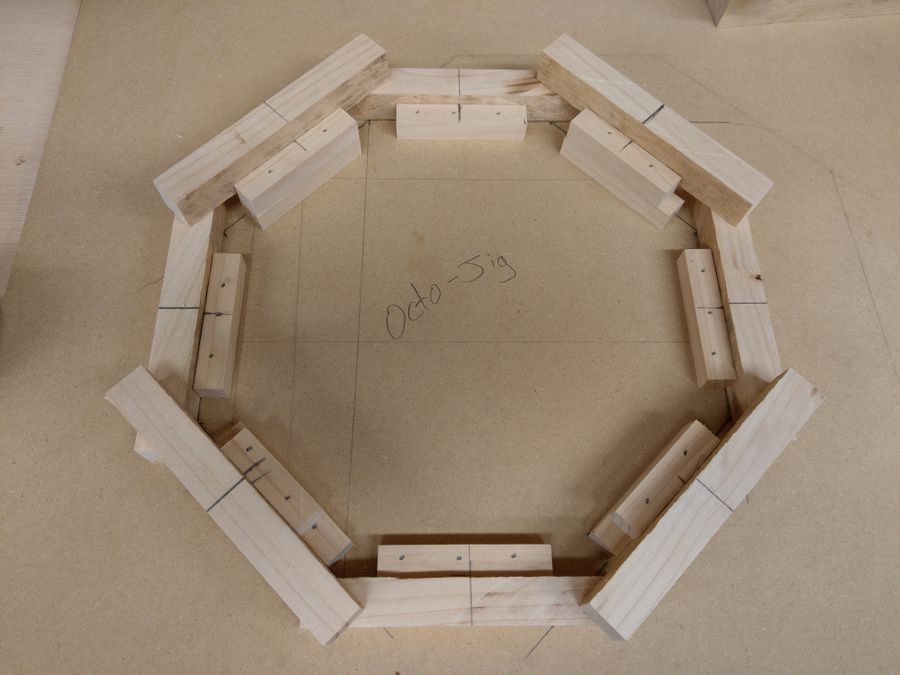 So the octojig was made because of the afore mentioned mistakes being made.  If you want to produce something repeatable make a jig, especially when things NEED to line up. 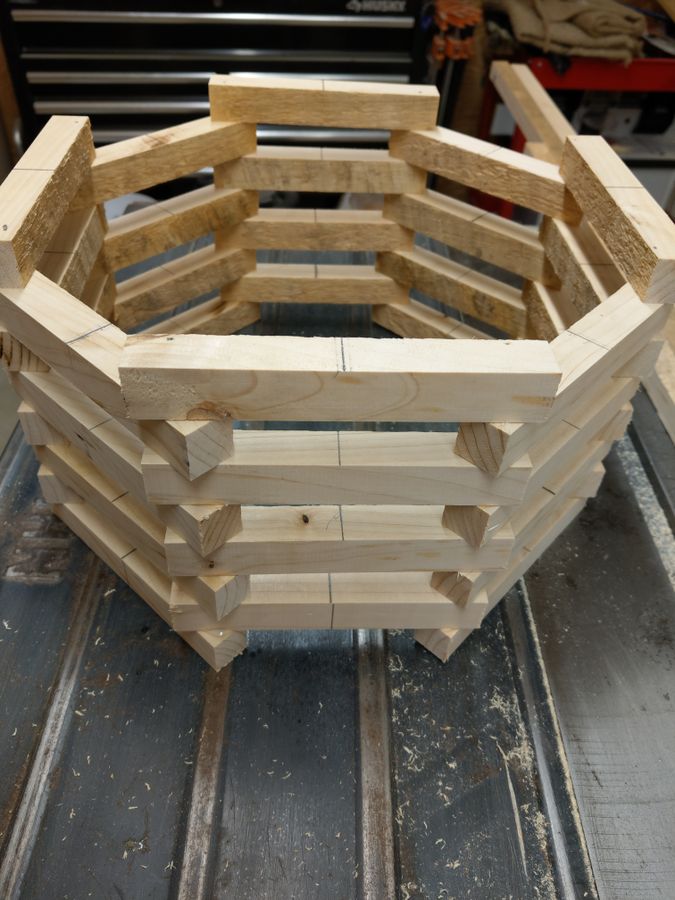 All four octagons assembled using the jig, and fancy that they all line up! 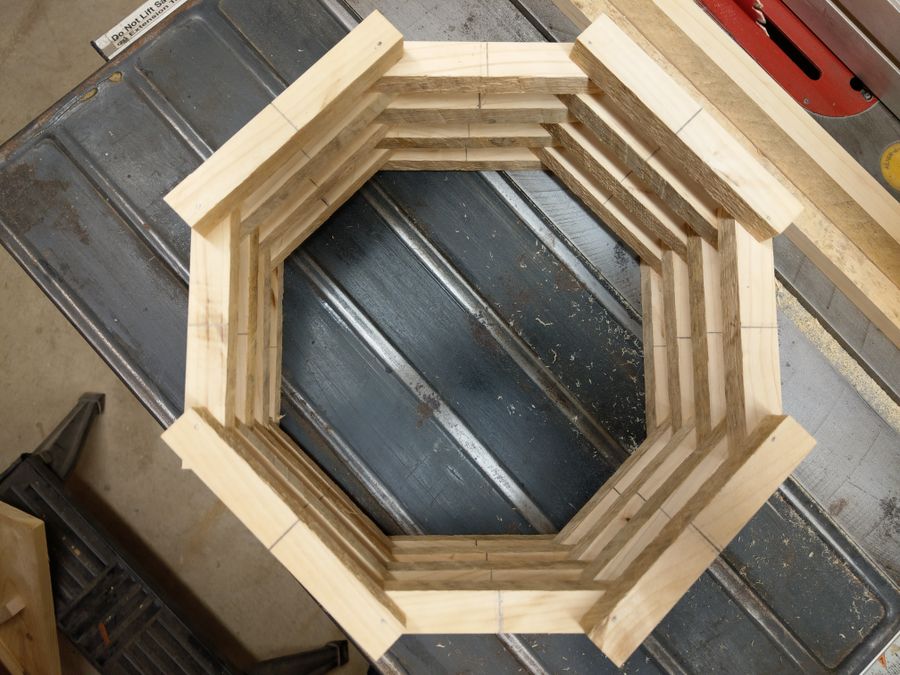 Obligatory pretty overhead shot of them lining up. 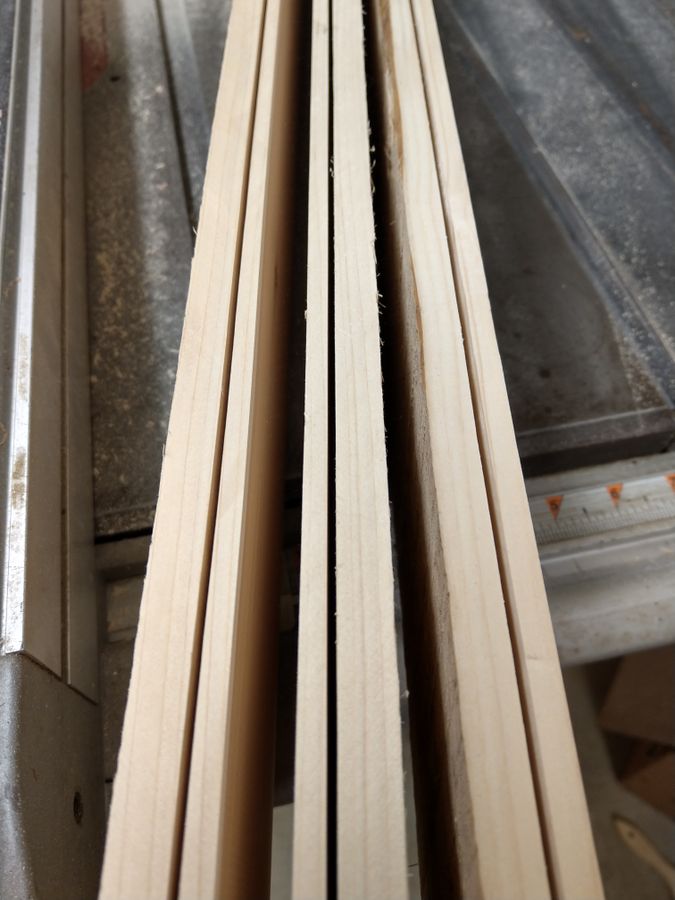 Time to rip the panels at 1/4" thick.  Have I mentioned this stuff smells awesome when cut? 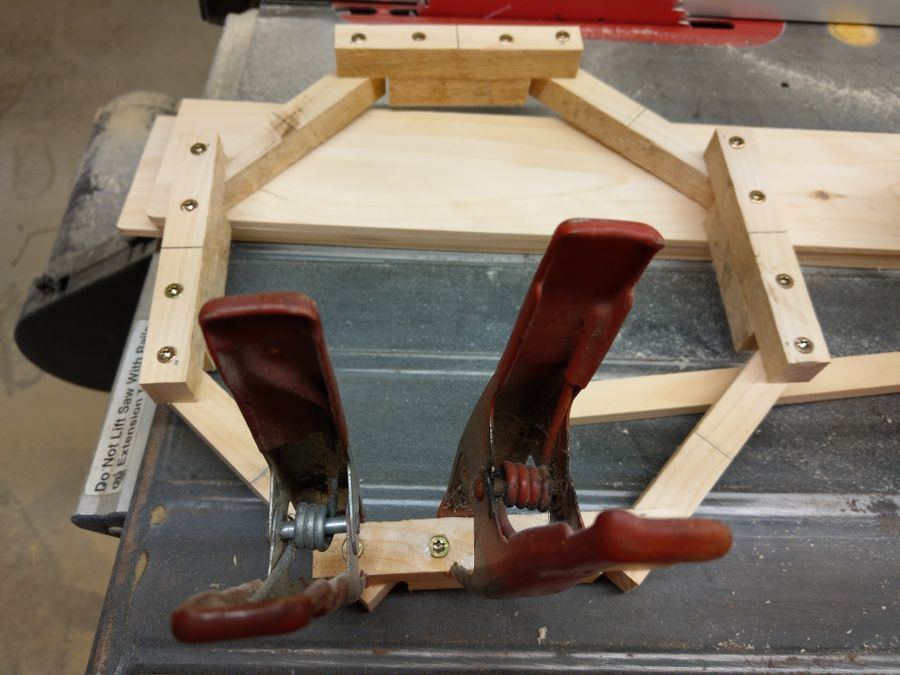 I realized I needed to re-enforce the bottom as well as make it so I could easily run strips across the bottom to hold in the sphagnum.  Of course even with pre-drilling one of the blocks split.  Titebond III to the rescue.  Clamp it up and let it dry overnight. 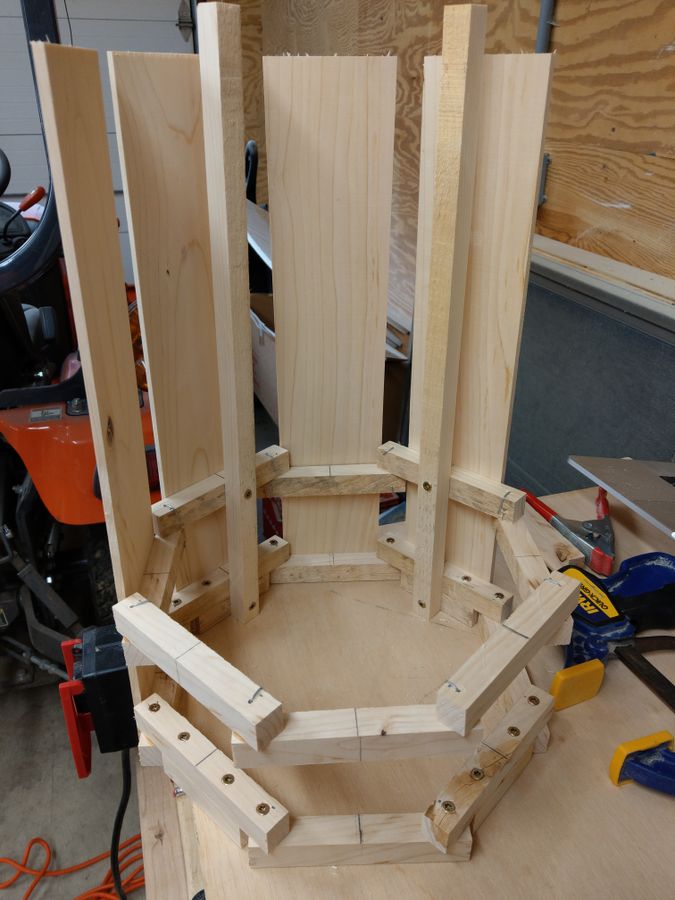 Time to start adding the panels and internal rails for the screw eyes so it can be hung up.  Used some brad nails to hold the panels on...alright an excessive amount of brad nails. 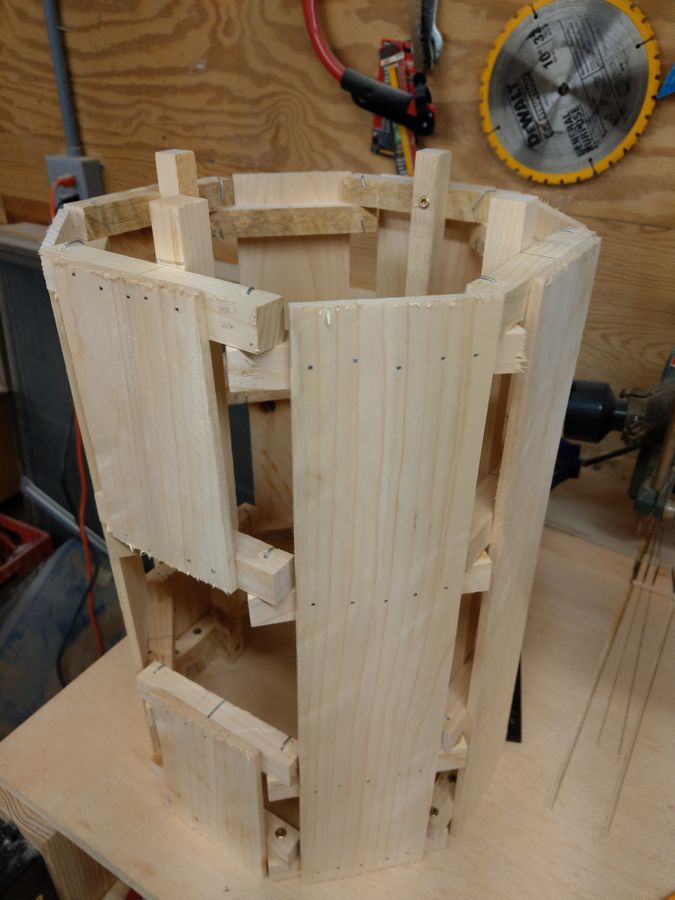 Rails and panels all added.  Hole in the front is for the Staghorn Fern to be mounted in.  They grow on tree trunks and this octagon shape and hole allow for it to be mounted and grow around the planter as if it was a tree trunk. 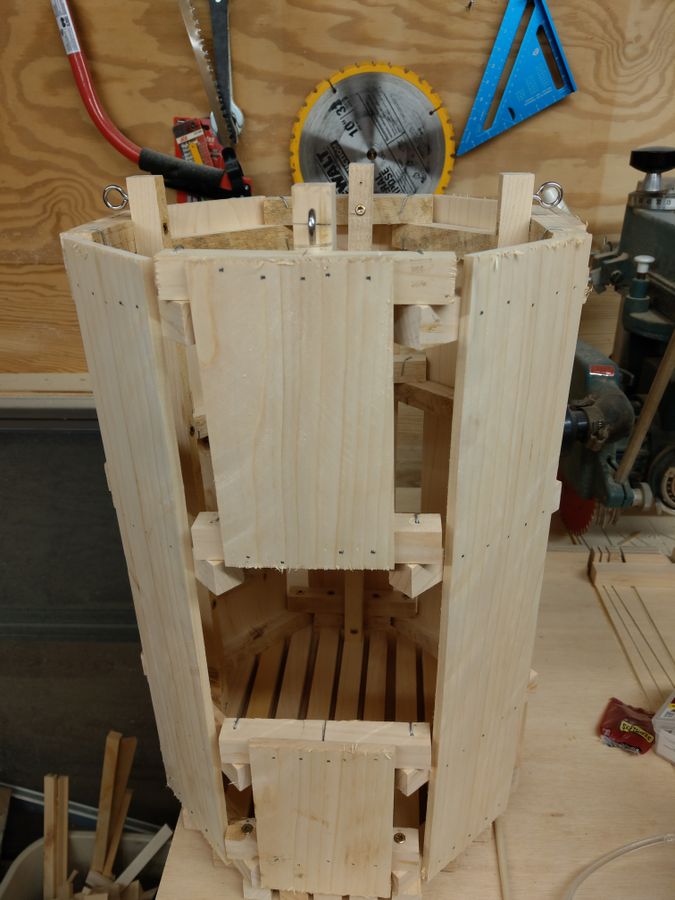 Base slats and screw eyes added.  It is ready for use. 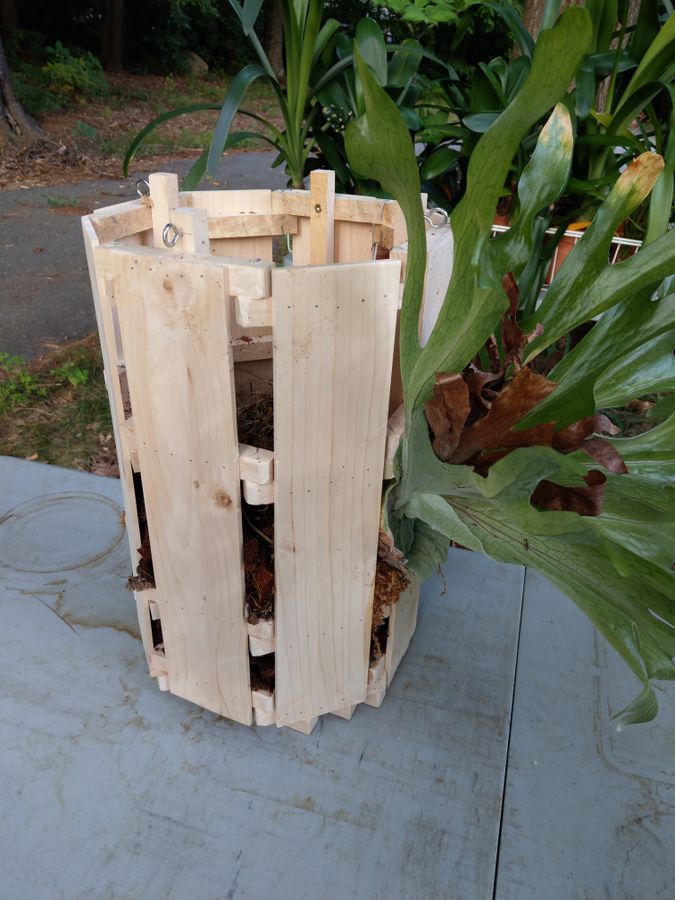 Better half putting it to good use. 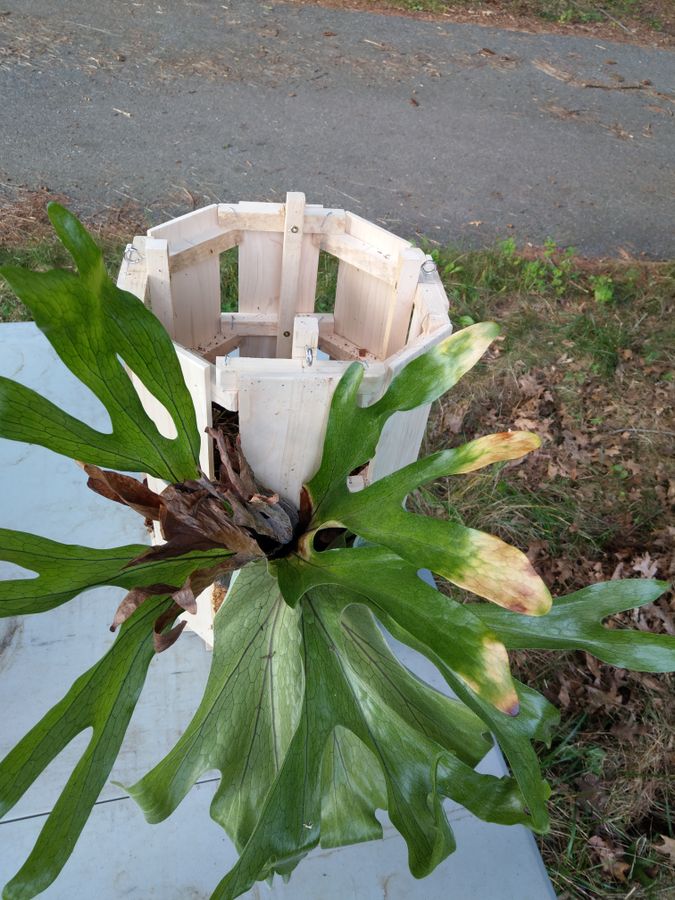 Front view.  Of course every time we walk past it I say "I made this!"  Never gets old...at least not to me but she keeps rolling her eyes for some reason.

I'm with ya on the "I made this" lol. I say it all the time. Thanks for sharing!