I made this project for the firewood challenge. I wanted to make it out of some true firewood. Firewood that looks so junky, there's no way something beautiful could be made out of it. Hence, I bought some of the cheap pre-cut stuff from the grocery store. I knew this box was gonna have some ridiculous grain and make it easy to get overwhelming in a hurry, so I chose a simpler design. The bundle had a mix of red oak, white oak, and maple, which I used to make this box. I also wanted all of the wood I used for this project to come only from the single bundle. I got my inspiration for this project from Gary Rogowski's Jasmine Box. I originally intended on it just being a box, however upon my wife commenting that it would be a cool serving tray, it ended up wandering that direction. I may add some dividers to it at a later date. It is finished in danish oil, with Feed-N-Wax over top. Thanks for visiting! 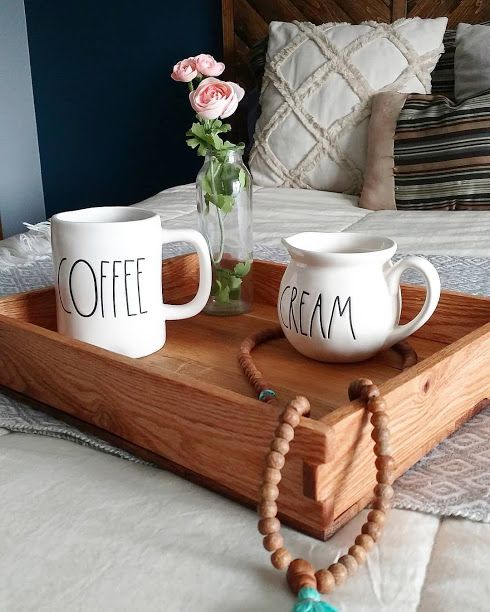 As always, finished product first. Here the box is resting on its lid. My wife styled this photo for me. She is not a pro home blogger, but she makes our house look like she is, and she takes some great photos. If you're into home decor stuff, she can be found on Instagram @rachelpoitras 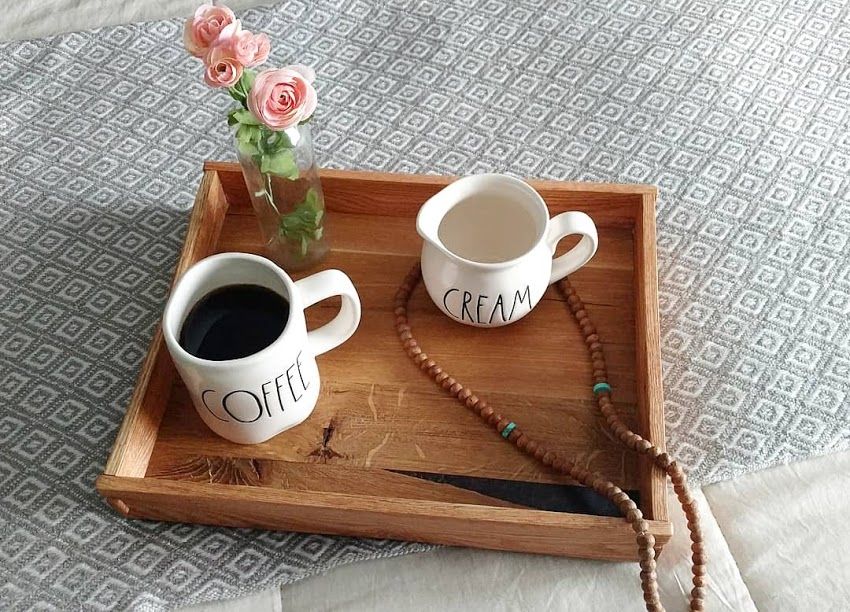 Top down shot. Here you can get a good glimpse at the coffee/epoxy fill. 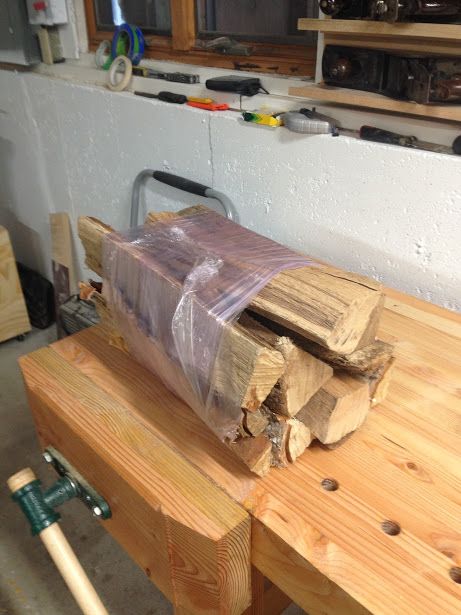 I wanted to make this project out of the junkiest firewood possible - enter the $3.00 bundle of grocery store firewood. 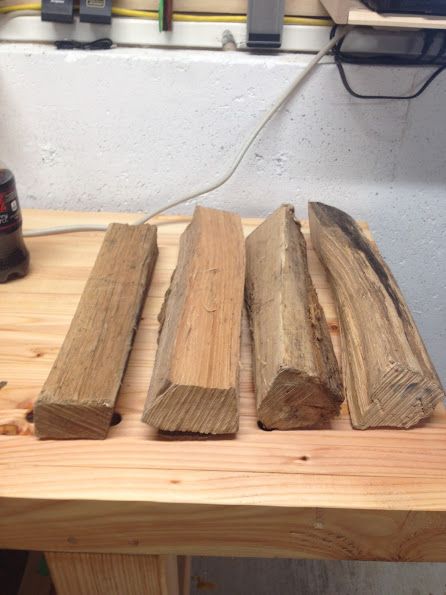 These are the four pieces that made the cut to be turned into project parts. I ended up cutting up one more piece from the original bundle. All the wood in in this bundle was red oak, white oak, and maple. 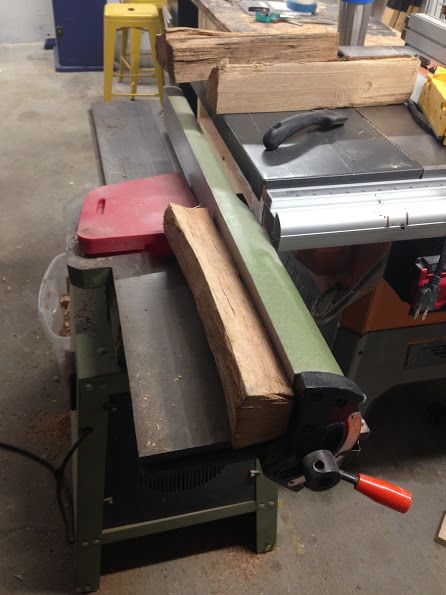 Jointing an edge and face. 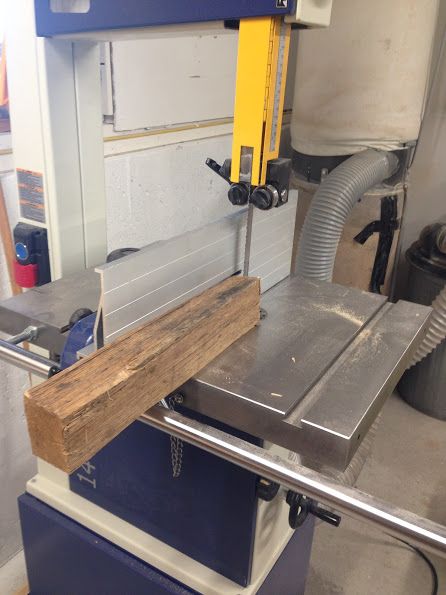 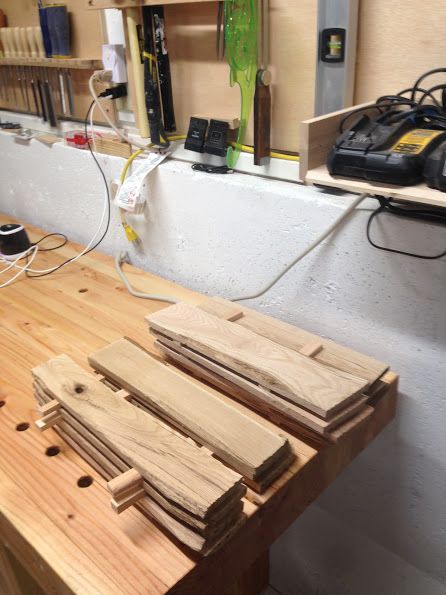 Stickering mini-slabs . . . these will be cut into project parts. 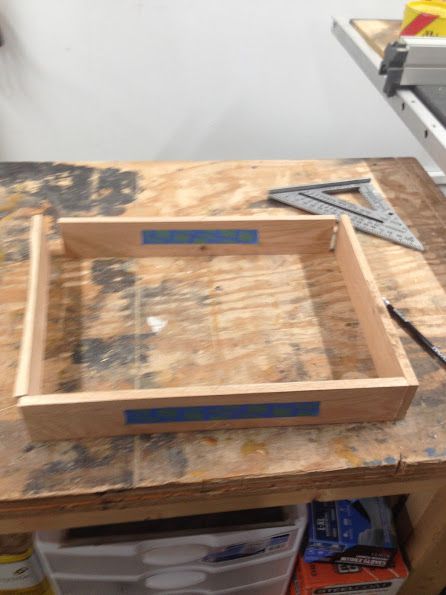 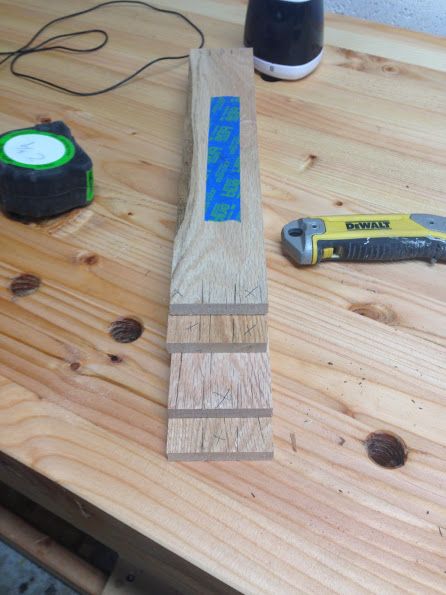 More layout. It is important to keep track of waste when doing finger joints. I've messed this up before, and it is not fun! You will notice I left a bit of "live edge" on one of the side pieces. 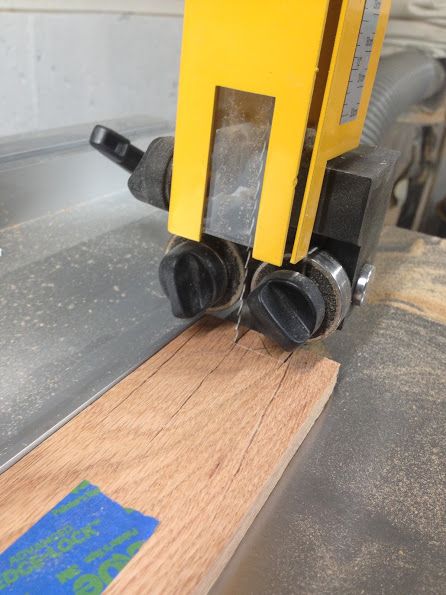 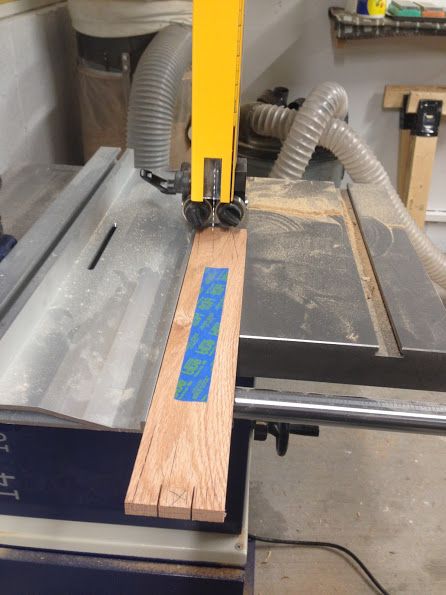 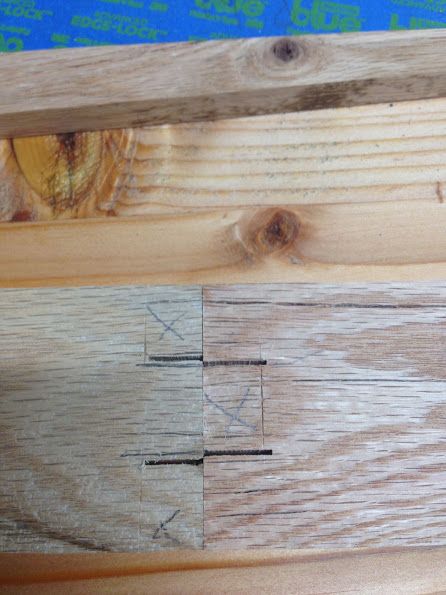 The opposing cut is made using a shim so that you end up with an offset like this. 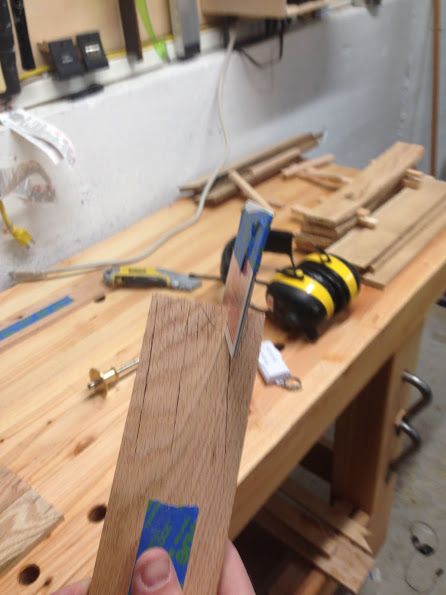 Rogowski cuts a shim for the piece to ride along against the fence to make the offset. I wanted to try making a shim out of playing cards because it seemed less fiddly. It worked incredibly well. 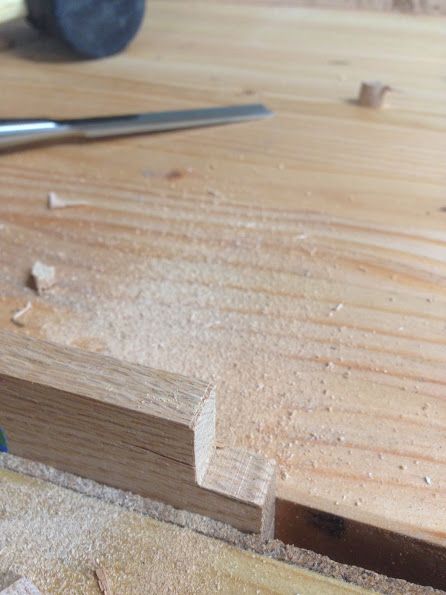 Cleanup of cheeks and shoulders with chisels. 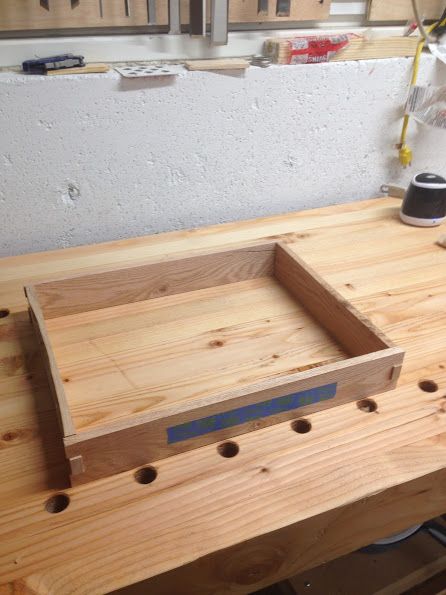 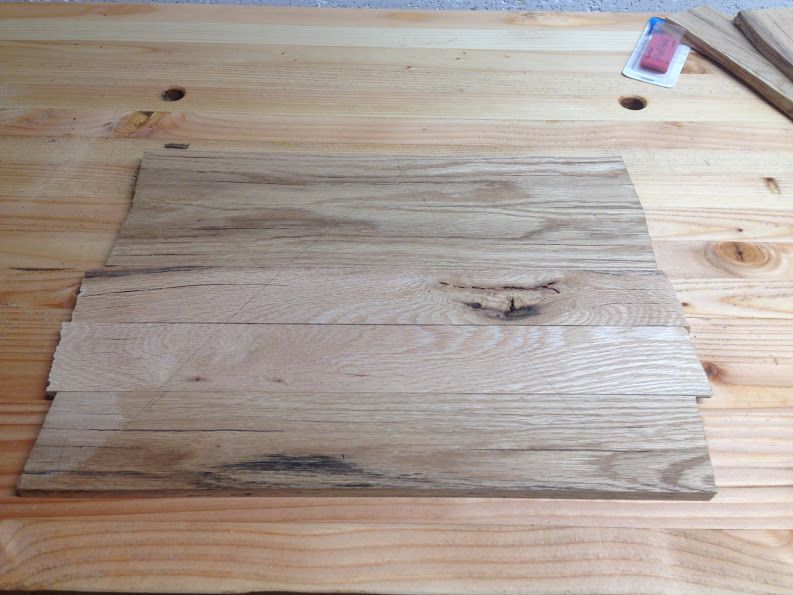 Panel glue up. I took a risk here in mixing the oak boards. There was a LOT of color variation in these boards. I tried to orient them in a way that might look kind of neat without being too distracting. A bit of an oxymoron considering how many little boards I glued up to make this panel. 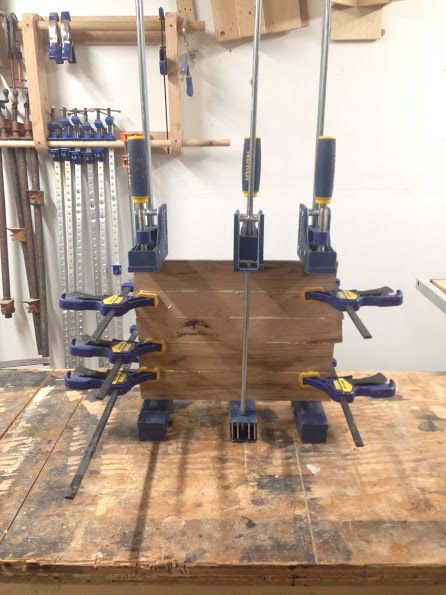 Panel glue up. This panel wanted to cup a TON. I think I did not let them acclimate long enough. Even in the finished piece, I've been noticing the panel moving a bit. 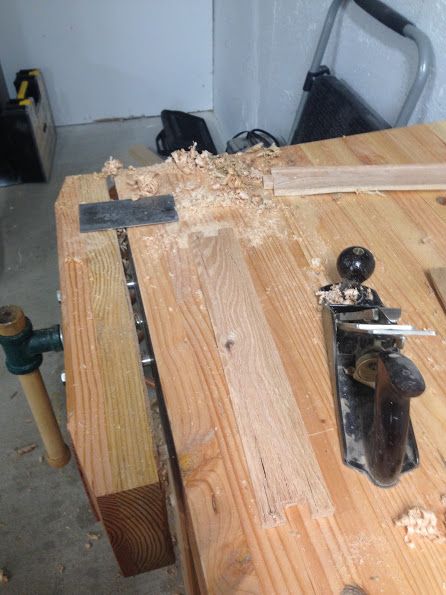 I tried to do as much cleanup before I glued up the box. Card scrapers, smoothing plane, and sandpaper to the rescue! 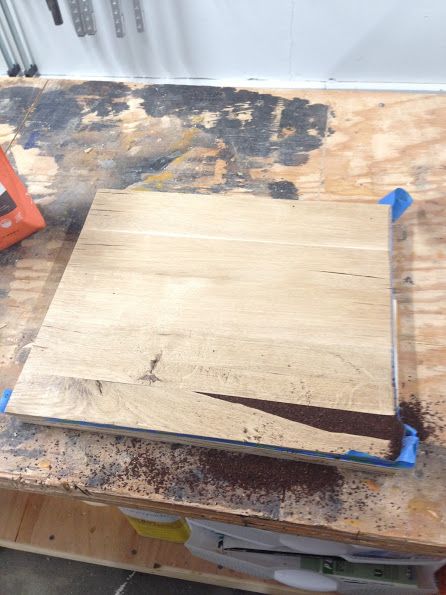 Gluing up the bottom panel. One of the boards had a huge void that I decided to fill with coffee grounds and epoxy. Next time, I will grind the grounds finer. 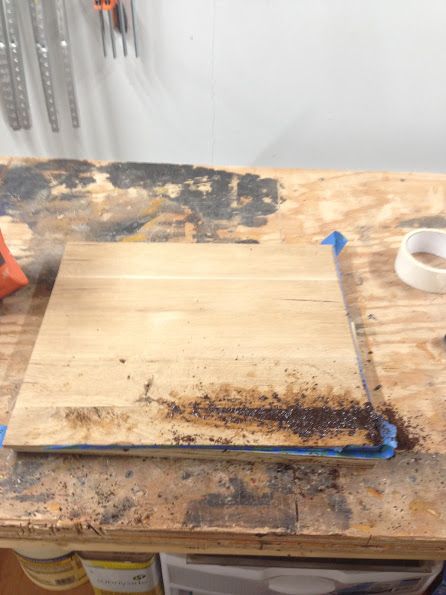 It made a huge mess. 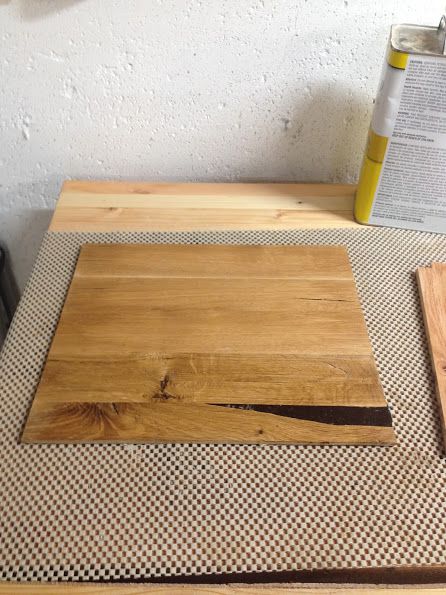 Card scraper to the rescue! 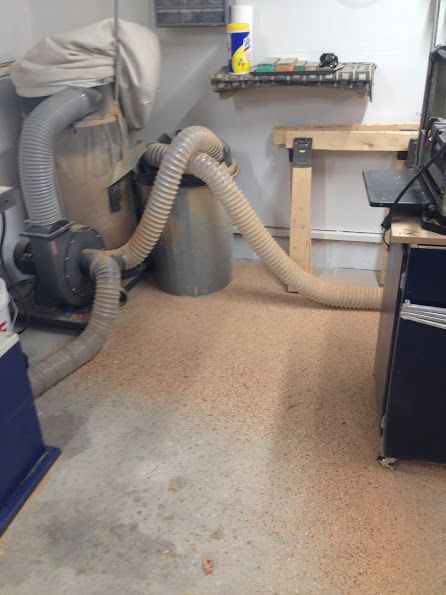 My dust collector bag sprang a hole and I tried to fix it with duct tape. Long story short, if your bag gets a hole in it, just replace the stupid thing right away! 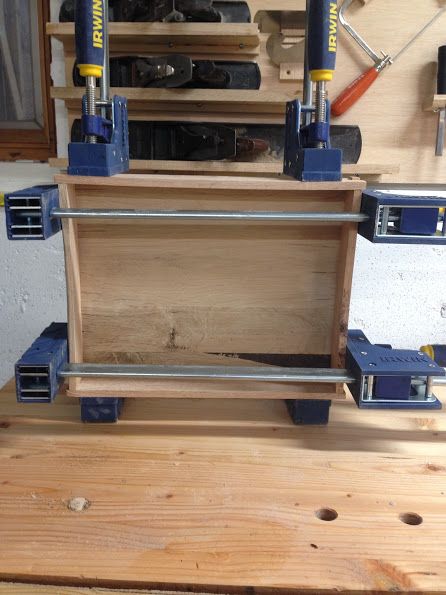 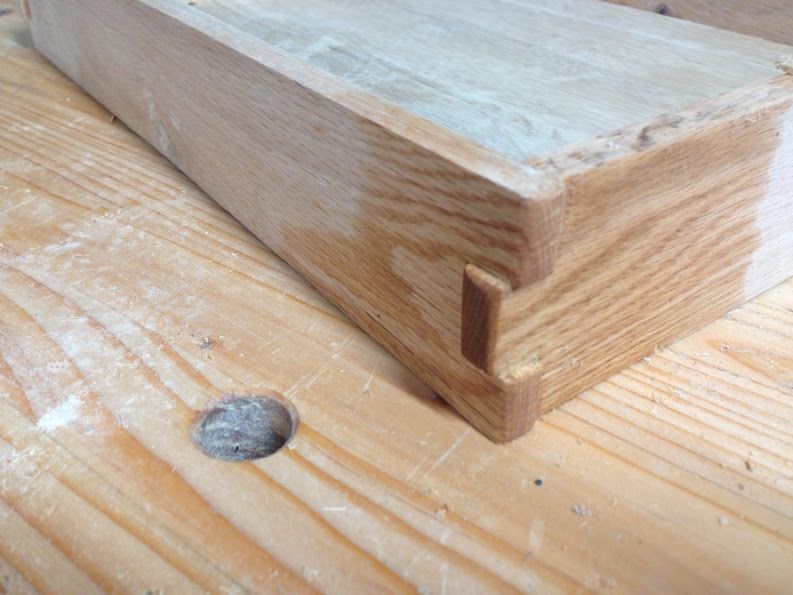 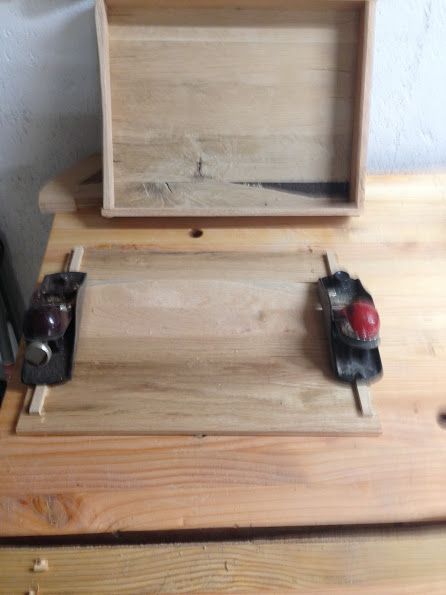 Adding maple cleats (also cut from the bundle of firewood), to the top panel. These will be dual purpose: to keep the lid lined up, and to act as "feet" for the lid, so the tray can rest on top of the lid. 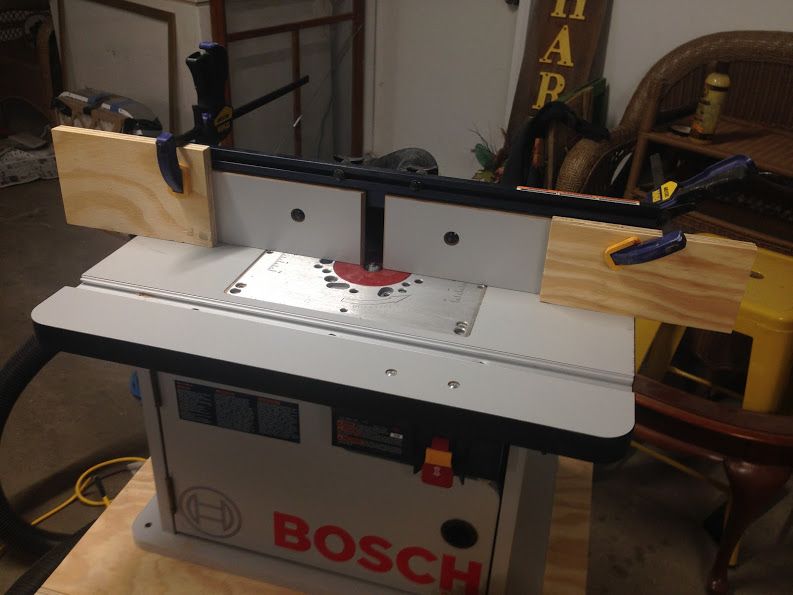 Getting ready to rout some finger holds. 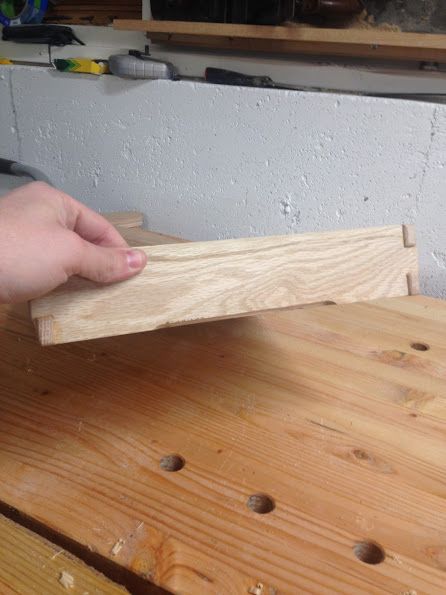 Routed finger holds. A bit of burning to clean up, but not bad for a cheap-o router bit. 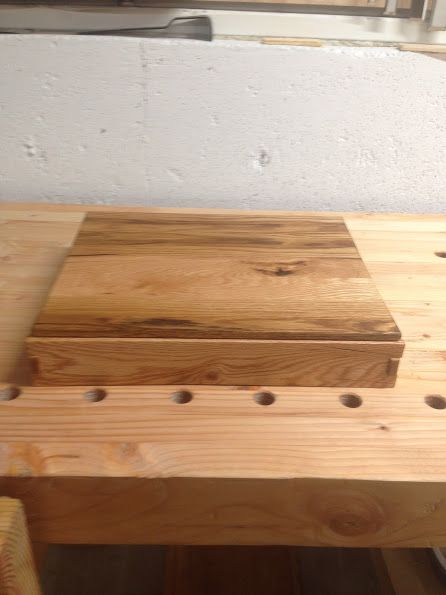 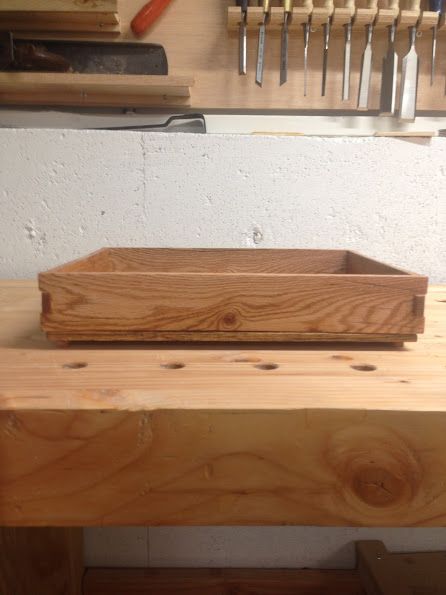 Here is a shot of the box resting on the lid. 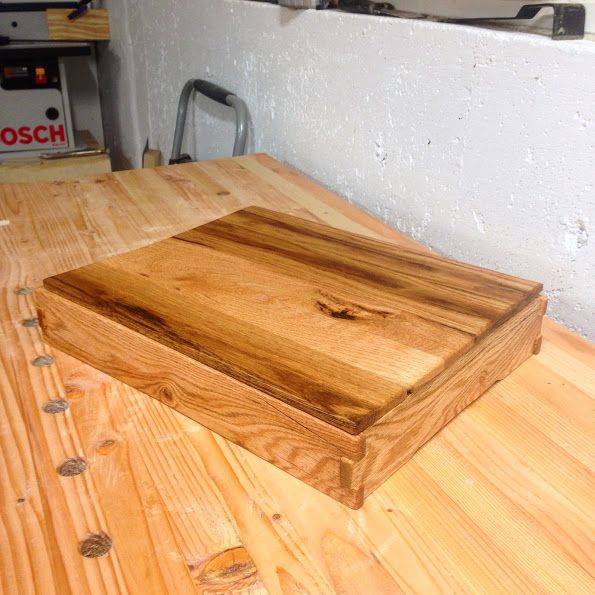 Box came out great. It's got amazing color, too!

Box came out great. It's got amazing color, too!