This my was my first major dovetail project.  I had only done a few smaller boxes with no lid so this was a great learning opportunity.  I left the inside without anything in it because I think I want to add some tills or trays.  I really want to use this box so I'm trying to figure out where it would get the most use so I wanted a blank canvas on the inside. 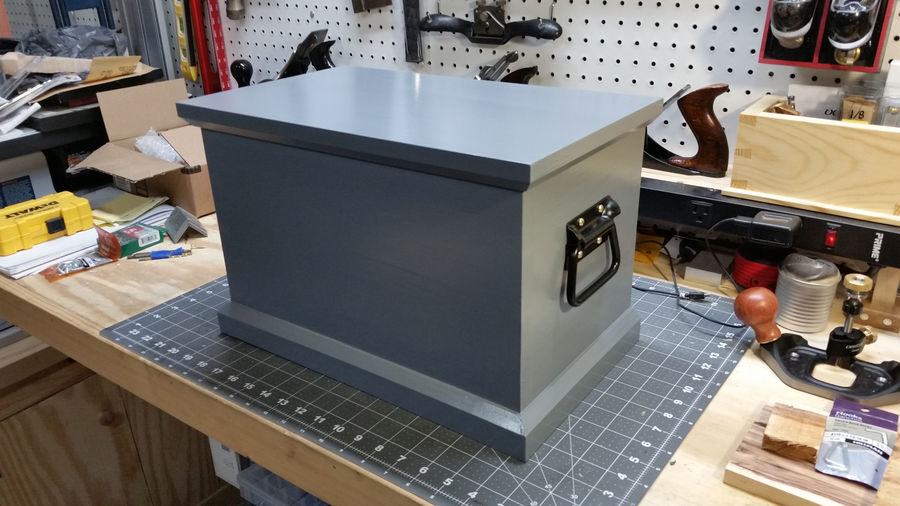 Pretty proud of this.  Paint is a mix of General Finishes Seagull Gray and Lamp Black finished with they're gloss topcoat.  Black chest handles and brass screws. 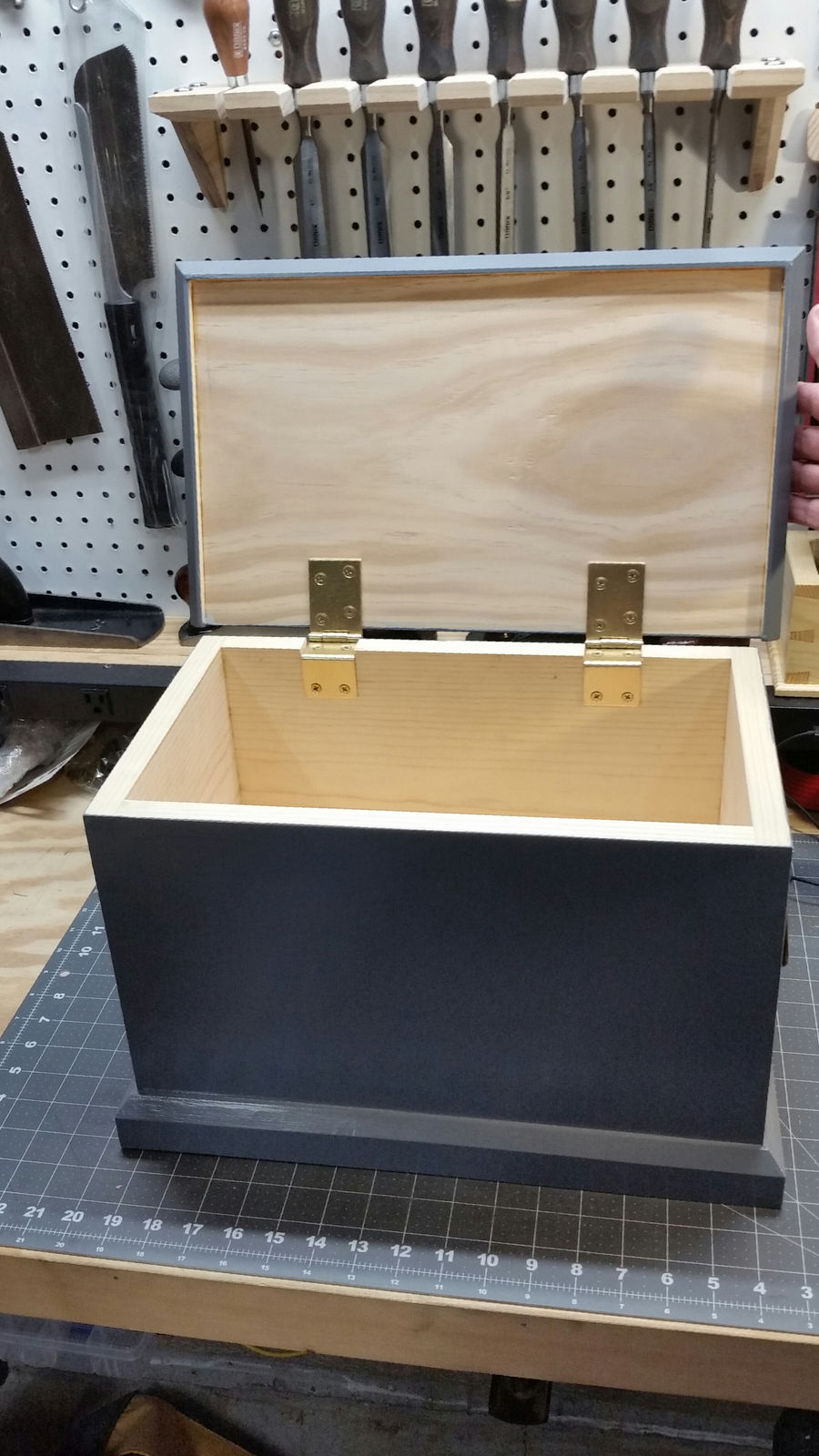 I have a chain on order for the lid and I'm still thinking about what I want to do with the inside.   I really want to use this box so I'll probably add a removable tray and might do something on the inside of the lid. 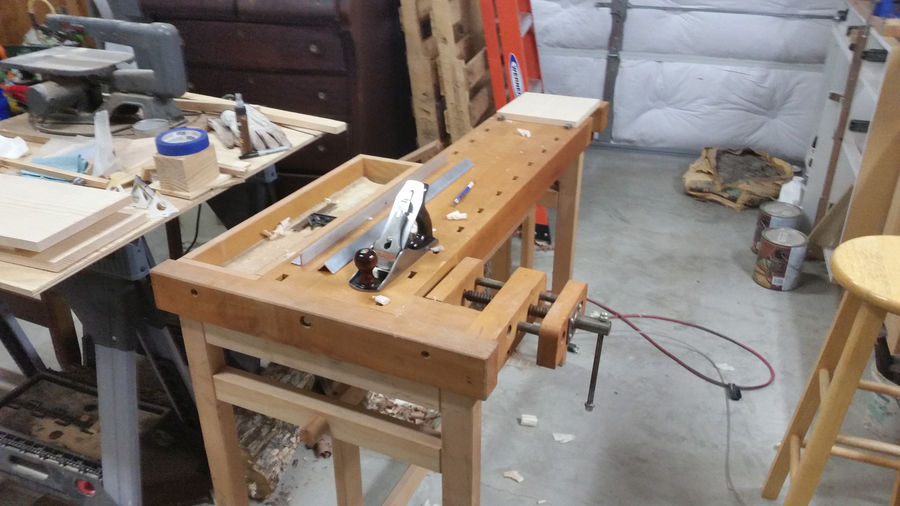 I'm terrible at taking build pictures, but I tried to do better.  After I cut the pieces to rough length I started dimensioning.  The 1x10 was ok for the most part but had some twist and machine marks.  This bench was my wife's grandpa's.  He passed away quite awhile ago and we found this in the garage.  It looked like brand new.  It's way too small and light though and I'm not a fan of the shoulder vise. 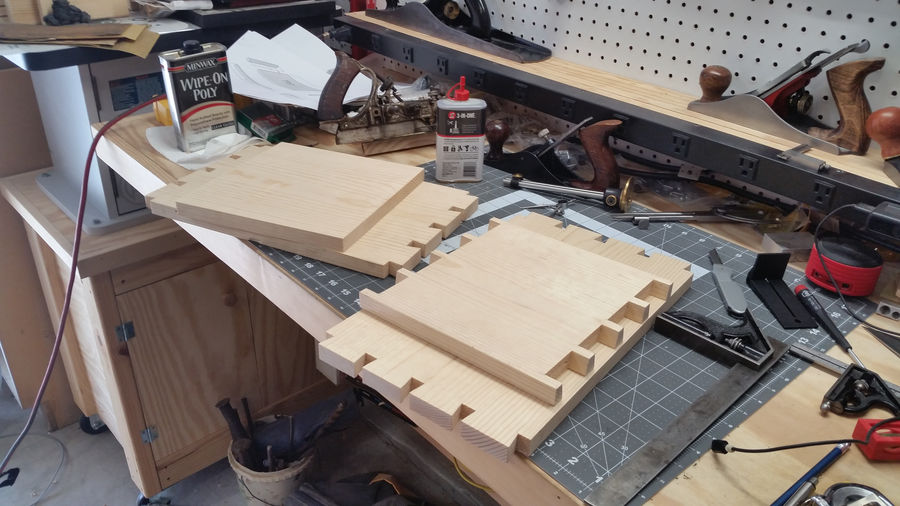 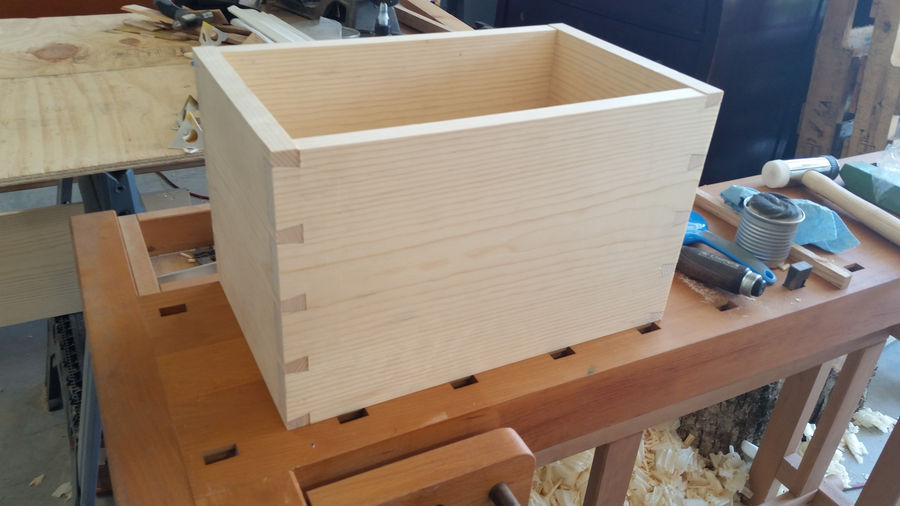 And they came together with a little adjustment here and there.  These are the most dovetails I've cut. 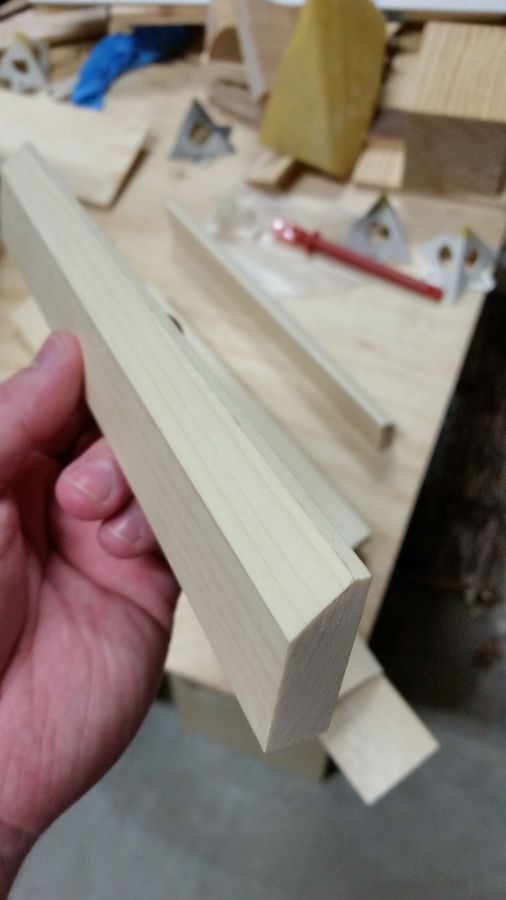 All the molding came from a 1x4 that I ripped down.  I used a scrub plane to get it to the right thickness and used a block plane for the chamfer. 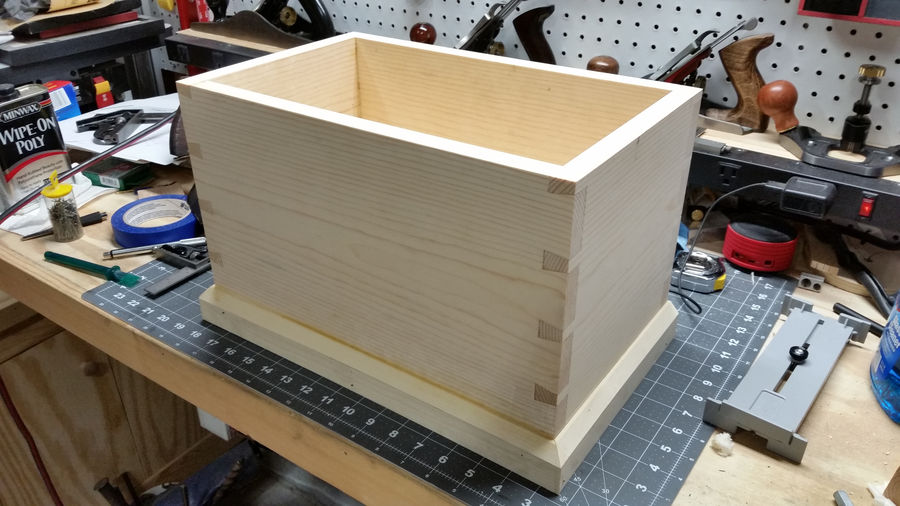 Molding on and looks good. 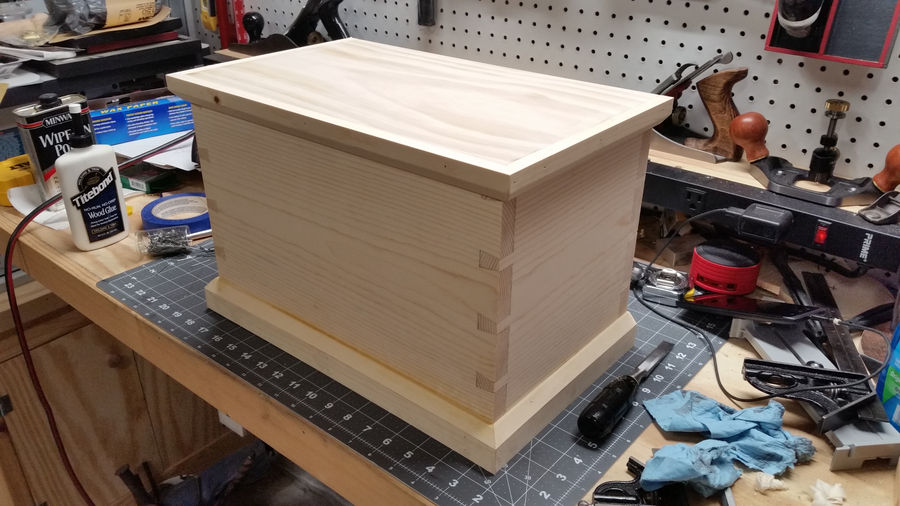 Lid fits with the molding attached.  The lid is actually from a different piece. The original lid became the bottom because my 1x10 had some gnarly knots and I decided to scrap the bottom piece and shuffle around. 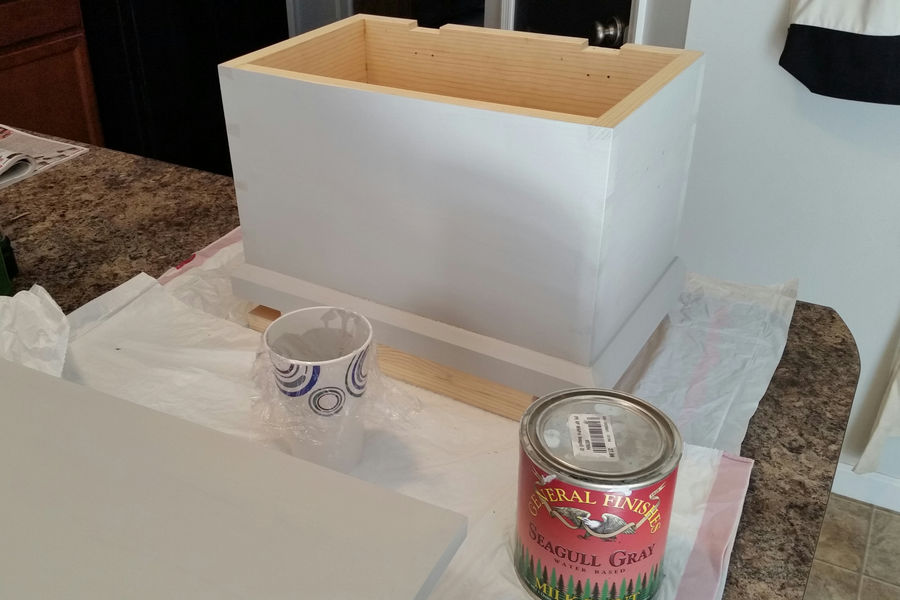 Started painting with Seagull Gray but it was too light for me.  Decided to mix in some Lamp Black. 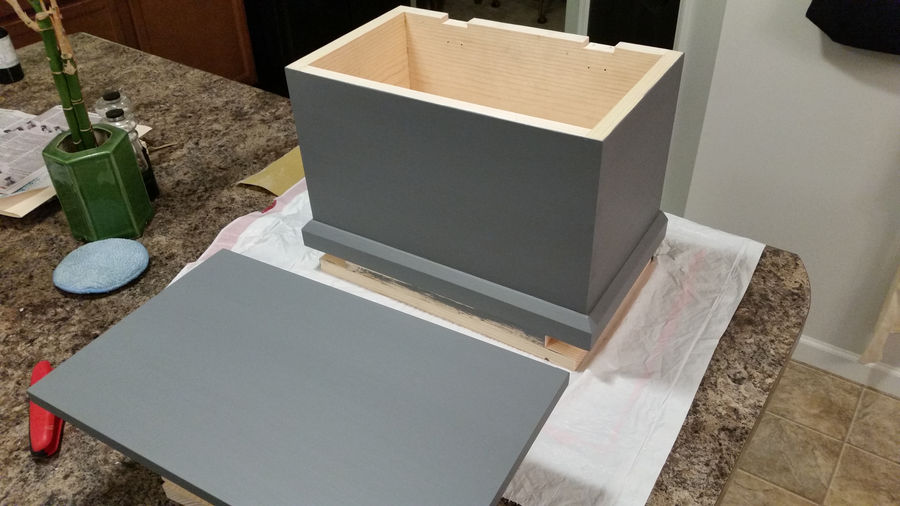 Much better.  A few coats of this and then a few coats of top coat and it was done.  I installed the hinges and attached the lid.   I was nervous because it was the first time it had all been put together (I only placed everything and marked and drilled holes, but nothing was attached before I painted).  Luckily it all went together with no problems.

Looks awesome and the dovetails came out great!

Nice work. Looks great.  I just need to paint mine.